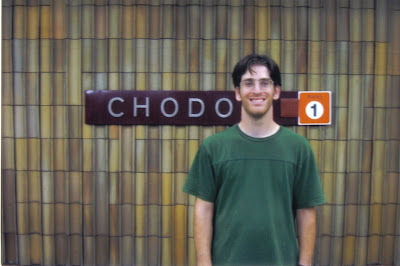 I stole this idea from cjane who posted 40 things about her husband when he turned 40. I thought this would be a GREAT way to celebrate Dave who is turning 30 on Tuesday! Ha ha ha!!!

1. Dave was born at 26 weeks. He spent most of the first year of his life in the hospital. You wouldn't be able to tell to look at him now. This is the reason he hates baby pictures of himself. He is small and, like every other extremely pre-mature baby, doesn't fit into his skin yet. I think he looks like a survivor and make him keep a baby picture of himself on our bed. You've come a long way baby! 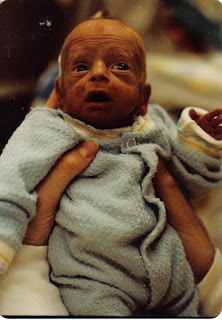 2. When I was pregnant with Rachel and Sam, Dave would hold his baby picture up to my belly and say, "Don't come out yet. You don't want to look like this." It made me laugh. A lot.

3. Dave makes up words. My favourite word he's made up is "extra-wombal." (As is "When the baby is extra-wombal we will put it in this outfit." Except Dave would NEVER say that because of number 4.)

4. Dave hates clothes. He doesn't think about his clothes. When we started going out I started making over his wardrobe. He was still wearing stuff from high school people! So every once in a while (a long long long while) when Dave says, "I want a new sweater" I always fall down in shock. And then I drag him to the mall! Ha!

5. Dave does not make fun of my addiction to Nora Roberts novels. In fact, when one series I was reading had me laughing out loud and reading quotes to him every other page, he only got annoyed enough to read the series on his own. In my opinion, a guy who can read Nora and admit he likes it, is only more of a man!

6. But he would rather read fiction. Especially fantasy. Or what I call general fiction. But really he reads a lot! And he also likes to read in bed at night. Just like me :) He is trying to make himself read "War and Peace." He is still not finished despite good efforts and a diagram! He also reads web comics. And The New York Times online. And The Globe and Mail online. And he plays trivia games online, especially Sporcle. Thanks to my cousin Lisa for introducing us to THAT website.

7. He is totally sexy in sunglasses. In my opinion :) 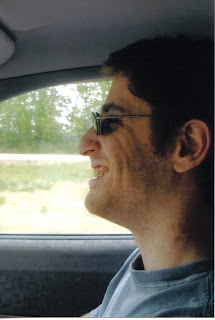 8. He is very musical. And talented. He just picks up instruments and plays them. Dulcimers, violins, etc. He plays piano and guitar the most and can just teach himself songs. It's both inspiring and irritating for someone like me who is not that talented :) 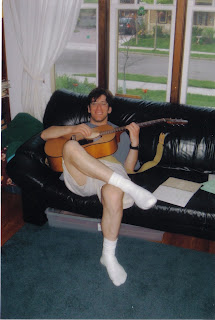 9. My parents gave him a Mensa-Puzzle-A-Day calendar last year and he did each and every puzzle every single day. He sometimes did a bunch at once but he was obsessive about it. He really liked it. Now he has a Word-A-Day calendar and so far it's January 14 and he's on the word for January 14.

10. He likes Seinfeld and The Simpsons but is okay to spend the majority of our date nights watching Friends all the way through for the second time. Because he loves me and it makes him laugh out loud. Or sometimes we watch Glee. But either way he is okay with it. 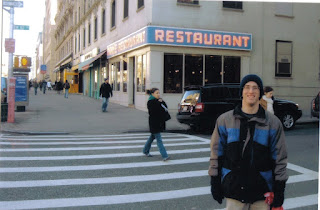