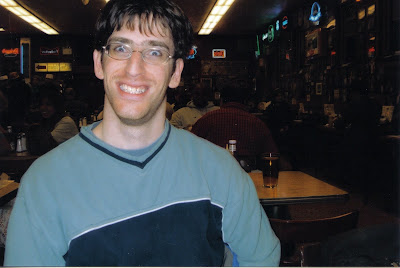 This is the last installment of "Things About Dave." I hope you've enjoyed getting to know him better these past few days.

21. He knows that I like him with a mustache so sometimes he grows one just for me :) In fact, it was his impetus for participating in Movember this past year. 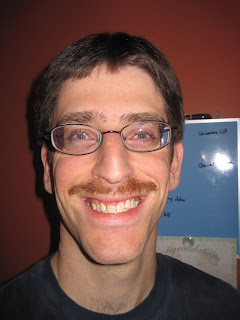 22. It is very hard to get a good picture of Dave. He always blinks his eyes or has to hold them really open. Either way he looks funny :) And he knows this so it's okay for me to say so!

23. Dave hardly ever gets mad or frustrated. So when he does, I know it's serious. And that's all I will say about that.

24. He cooks really well. And tries new things with tofu that are so yummy. Witness his specialty -- Tofu Cauliflower StirFry. Yum! 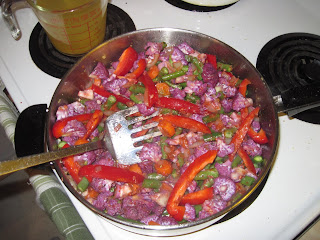 25. He likes to dry dishes so I usually wash the dishes and then he dries them. But even if they have been sitting for twelve hours and are likely dry, he still dries them with a tea towel. He also takes out the garbage, compost and recycling. I deal with the laundry. We each get to do what we like (or don't mind doing!).

26. He has to eat breakfast every morning, first thing when he wakes up. It is one of our points of confusion about each other. I don't like breakfast. Sam takes after Dave in this. Dave usually eats a bowl of Crispix with All-Bran. And sometimes yogurt and toast and oj. But not always. So usually for his birthday and Father's Day I take him out for brunch. And for a treat Dave likes to make pancakes, French toast or eggs on toast. Thus my parents gave him a griddle one year for Christmas. 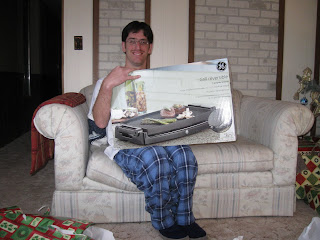 27. Dave is very athletic. Which is awe-inducing and irritating for someone like me who isn't. He is good at any sport he tries. It is amazing to watch him play baseball. He also took karate and plays squash. (Although there hasn't been much time for that lately.) And he's been running again. 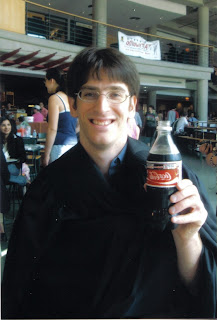 29. We don't have pet names for each other. I call him Dave and he calls me Tash. Although once in awhile we do call each other "Hon" as in short for "Honey." But not very often. When we first started going out I used to call him "Honey-Poo-Pie" but he objected to that for some reason.

30. He is one of the most dedicated people I know. Whether as a friend, an employee, a volunteer, a husband or a father, when he says he will do something, he does it. When he commits to something, he is committed and when you need him to do something he will do his absolute best to do it as well as he can. It's a great quality.