Here is Attila at 22 weeks, 2 days. You can see his/her face on the left and then shoulders, arms and ribs (or spine) on the right. We are looking down at Attila, if that helps your orientation at all. This photo was taken yesterday. While we were able to spy on Attila it opened and closed its mouth (maybe it was saying "Hi!") and also attempted to suck its thumb. Or it punched itself in the head. Who knows?!?!? (Click on the photo to see it closer.) 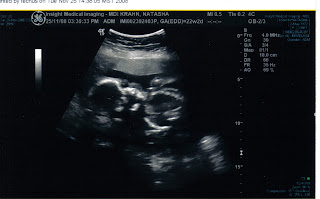 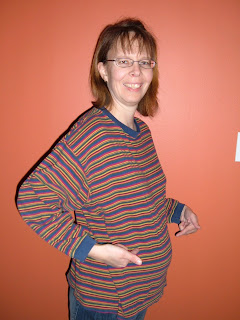 Here is a picture of me, tired after a long day of work, and Attila, growing as he/she should be!
Posted by Natasha at 00:01 1 comment:

For Hallowe'en we were invited to Donny and Marika's Hallowe'en party in Calgary. Costumes were optional, according to the invitation. However, we took our costumes very seriously -- especially Attila's! Dave put an extraordinary amount of work into Attila's costume, with amazing results :) 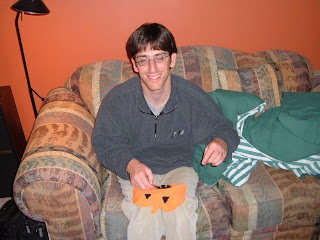 How many kids get a handsewn costume?
Let alone, when they are inside the womb. 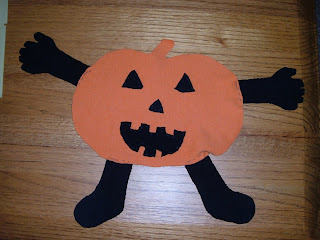 Attila's costume, before it was attached to Natasha's costume.
Didn't Dave do an awesome job? Individual fingers, and everything. 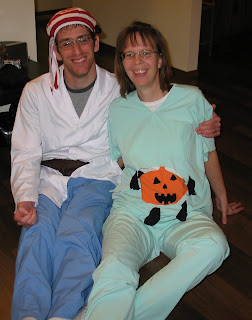 The two of us weren't as intentional about our own costumes.
Thus Natasha was "a person whose job requires them to wear scrubs"
and Dave was a "doctor-pirate-ninja-type person." 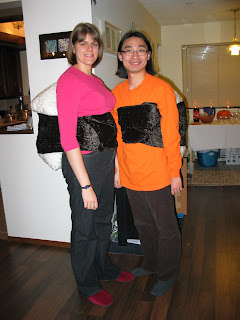