Yesterday morning, we decided to take advantage of the (relatively) nice weather and head over to Ice on Whyte, an exhibition of ice sculptures, castles, slides, and general winter fun. The event is hosted in a local park (about five blocks from our house), so it was a good excuse to get some fresh air after a cold week of hunkering down inside. 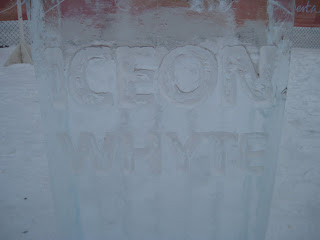 This sign, carved in a block of ice, set the tone for the event. 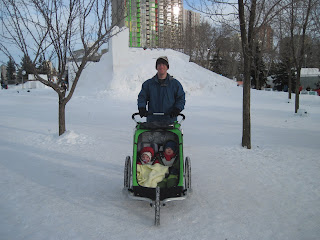 Dave, Sam and Rachel, soon after entering the park. 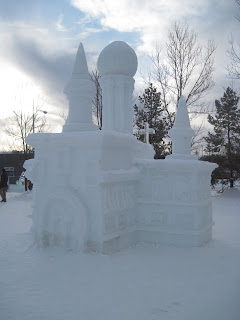 An Eastern Orthodox church, made entirely of snow and ice. 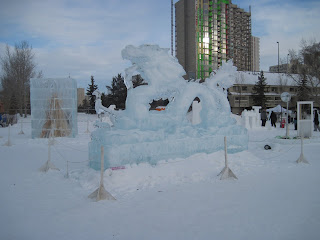 A Chinese dragon. This year part of the focus of Ice on Whyte celebrated the partnership between Alberta and its "sister" province of Heilongjiang, China. 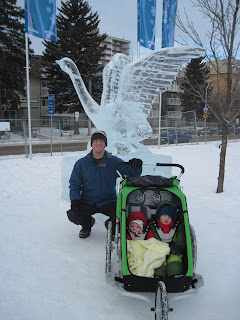 Dave, Sam and Rachel posing in front of a Canada goose. 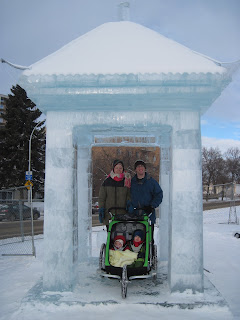 Our family under a small ice pagoda. 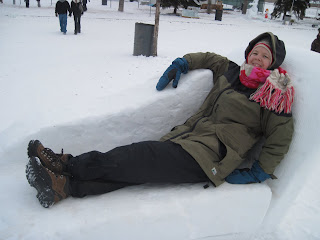 Natasha "relaxing" on what is surely a very cold, hard couch. 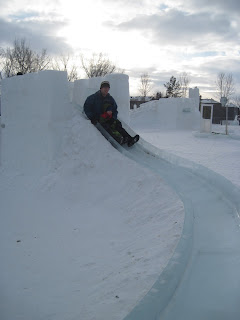 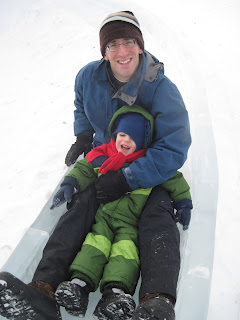 Dave and Sam zipping down a small ice slide. 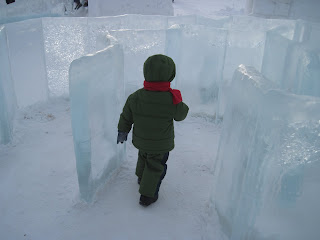 Sam exploring a maze made of ice. The walls were *just* high enough to block his view. 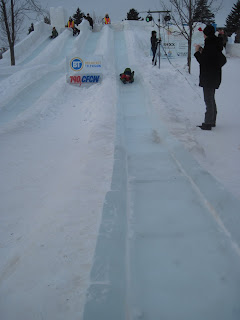 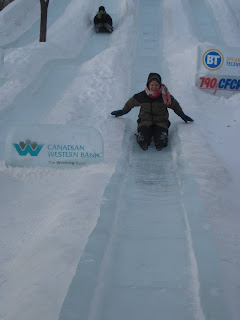 Sam and Natasha going down a *much* larger ice slide. Natasha went up with Sam and thought he might want to go down with her, since he had been unsure about going on the smaller ice slide alone, but while she was checking with the attendant if that was okay, Sam threw himself down the slide on his belly, much to Natasha's shock! 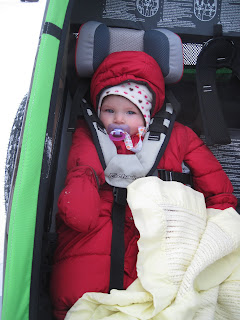 Rachel was quite content throughout our trip, checking things out from the comfort of the stroller -- and a very warm snowsuit! 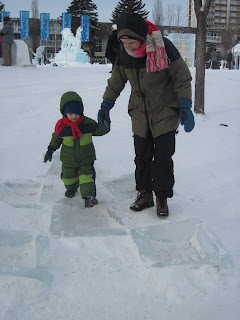 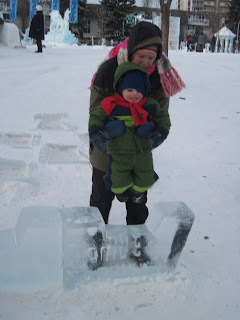 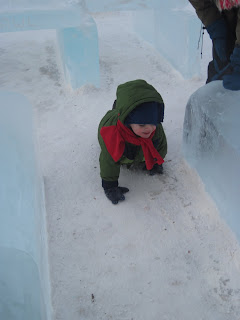 Sam and Natasha going through an obstacle course near the foot of the slide.
Finally, we decided to check out the ice sculpture competition before heading home. There were some *very* impressive entries, with the ice sculpting teams coming from China, the U.K. and all over Europe (as well as Canada and the U.S.) to participate. Each team had a set number of blocks, and a limited amount of time, to use in completing the sculpture. Here are some of our favourites. 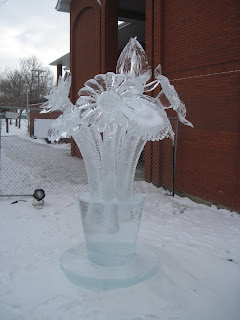 A very detailed vase of flowers. 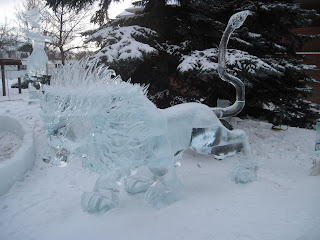 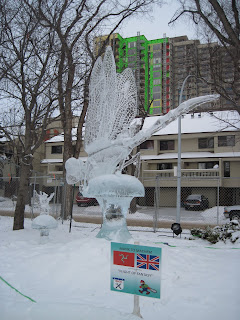 This entry from the U.K. and the Isle of Man featured a dragonfly and a mythical character of some sort (on the left, standing on the toadstool). 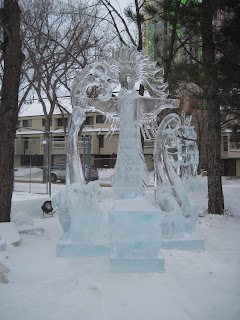 The winning entry, made by a team from China. 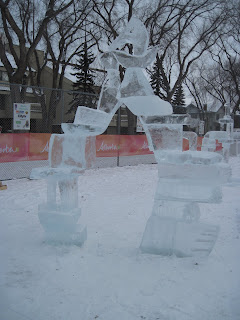 This last sculpture wasn't a part of the competition, but was very impressive, nonetheless.

We had a really good morning at Ice on Whyte and were very glad it warmed up enough for us to go check it out.
Posted by Dave at 18:02