Dave's classmate and friend, Barry and his family, gave Sam and Rachel an awesome gift for Christmas! In fact, I might be more excited about it than Sam or Rachel :) It's a Kool-Aid pitcher with glasses, a funky spoon and a fun ice cube tray. The other day we tested it out. Well actually I went to a yoga class and Sam and Dave were charged with making the Kool-Aid. 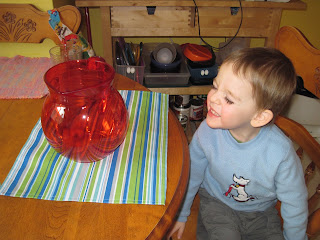 Sam waiting to make Kool-Aid with the pitcher. 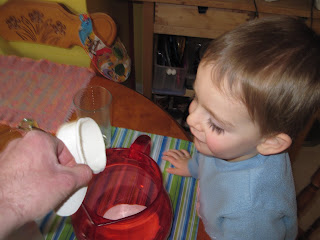 Dumping in the sugar. 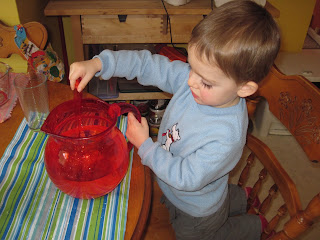 Stirring the sugar and water together. 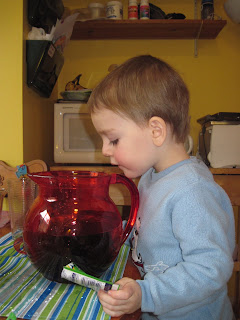 Checking out the "kool" colour having just added the first packet of Kool-Aid.
It was lemon-lime if you must know! 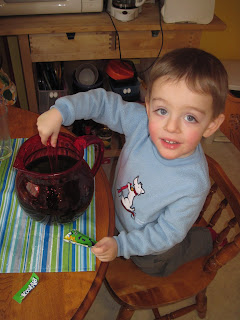 Stirring the Kool-Aid powder in. 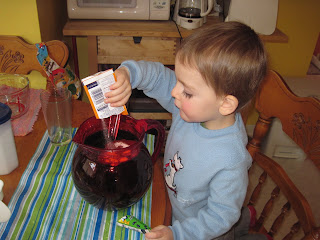 Dumping in the second packet of Kool-Aid.
It was orange. 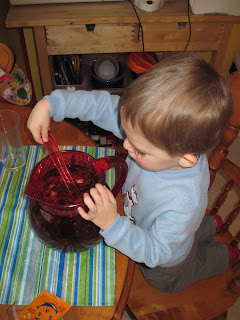 Making sure everything is well mixed. 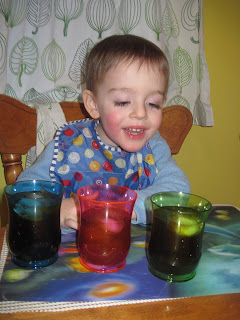 Excited about drinking the cold Kool-Aid out of the cups.
Complete with "kool" ice cubes! 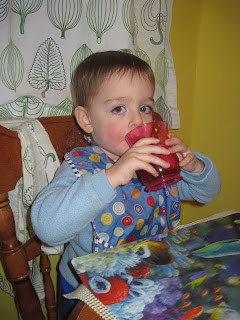 Such a good treat!

Thanks again Barry and family. We love it!
Posted by Natasha at 12:34