Around The World in 3 Hours 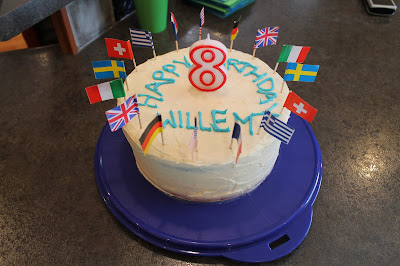 Eight years ago today Willem was born. I have great memories of spending three days with his older sister Tessa during that time. Today I was invited to help out with his birthday party and it was so much fun! I basically got to be the photographer (and sometimes customs agent) on a quick round the world tour. Would you like to come with? 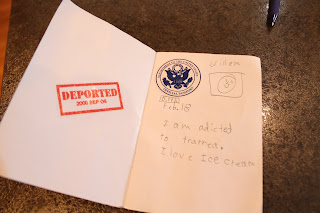 Make sure you have your passport or you're going to get deported! 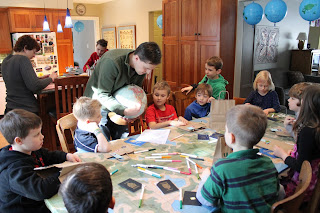 Tim showed the travelers their itinerary of where they were going. And don't forget your carry-on luggage! 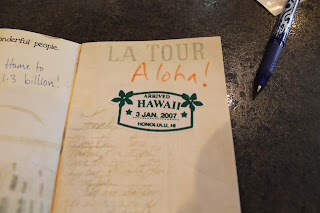 The first stop on our world tour is Hawaii! Tim was quite the authentic Hawaiian in his shirt! Did you know the Hawaiian alphabet only has twelve letters?!? I didn't know that. And Tim informed the travelers that the limbo was originally a funeral dance. You started out low and then, as you ascended to heaven, the bar was raised.

Willem and Tessa were pretty good at limbo-ing. 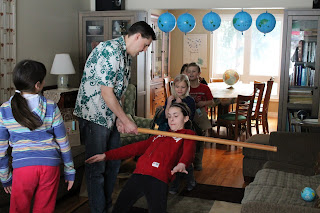 Next the travelers were off to China, where 1 in 5 people in the world live. Also, did you know we have the Chinese to thank for inventing toilet paper?! 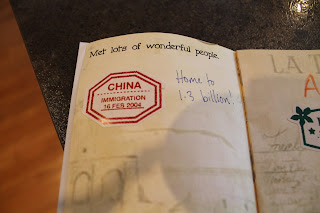 In China our travelers learned how to use chopsticks to transfer gummy fish from one bowl to another. Then they got to eat fortune cookies and read their fortunes. Willem's was "You will run into an old friend" so he ran up and bumped into me and said, "Hi!" It totally made me laugh :)

Then it was off to Australia. I kind of missed the facts about Australia because I was running back and forth taking pictures. 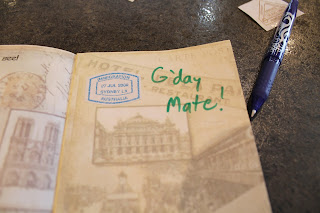 In Australia our travelers participated in kangaroo races (jumping while holding a ball between your knees) and watched kangaroo videos. 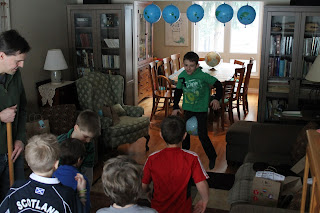 Then it was off to France. Did you know that until about thirty years ago in France you couldn't name your child a name which wasn't on an approved list of names?! 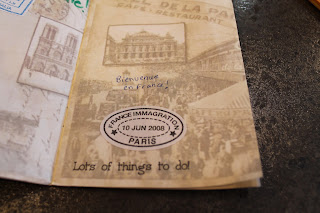 The French are famous for their perfume so there was visit to a perfumery where you could smell the various perfumes. Janice had put things like a lemon slice, coffee, vinegar and mint toothpaste in the "perfume bottles" and then the travelers had to guess what they were smelling. My favourite answer was the kid who said one thing smelled like "a naked body" (vanilla) and "trees" for pencil shavings!

After that all the travelers were off to Russia. 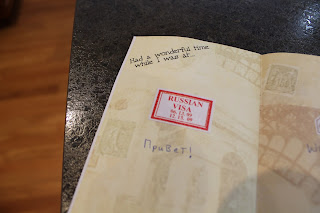 In Russia, each traveler received a stacking (matriushka) doll with a name written on it in the Cyrillic alphabet and they had to figure out who it belonged too. Tim got in the Russian spirit by wearing his Coca Cola shirt. 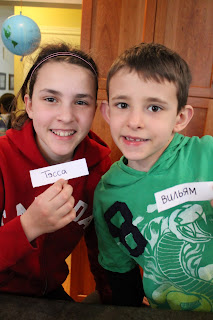 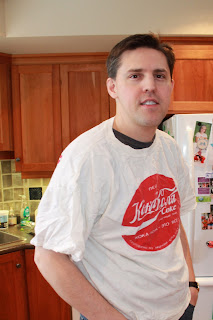 Next it was off to Germany, where the travelers relaxed by watching a German-inspired Gummy Bears cartoon. 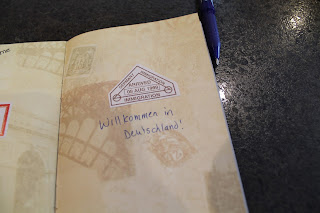 During this time I helped set up the pizza and vegetables for lunch, grabbed a bit to eat, and the adults all grabbed some liquid energy! 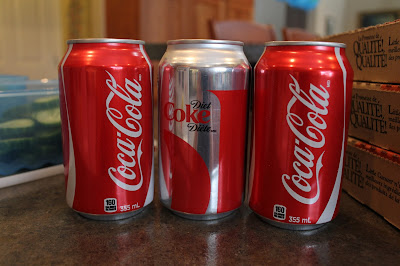 After lunch it was cake-cutting time. 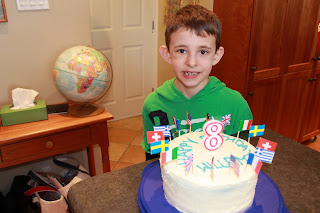 And the cake even had a (world) surprise in the middle!

The travelers ended their world tour with a trip to Mexico and a pinata (which I have no pictures of). 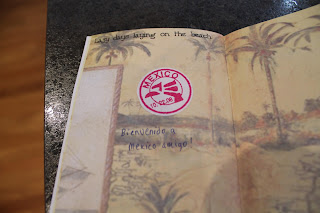 And then they were "deported" to their homes and the tour guides/customs people relaxed! This was a super-fun party and I was so glad I was able to help out. But after all that traveling I am exhausted so I think I need some more Coke! Ha! 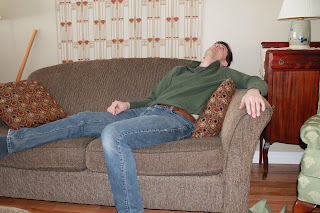