Sometimes we have awesome date nights like this one or this one, and sometimes we have dates like tonight. It started off promising with us both being excited about getting rid of some things, looking towards moving in a couple of months. So we went through the front entry, the living room and some of Sam's room. We ended up with three containers of stuff: one bag for Value Village, one box to try and sell at Once Upon A Child and one bag of recycling. And the living room looks and feels a lot better too, as does the top of Sam's closet. 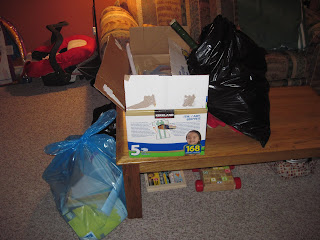 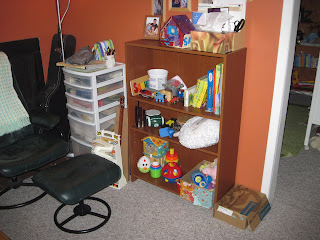 Then we walked into the kitchen and decided that we should put some effort towards dishes. I did a bunch this afternoon which needed to be put away and some more had piled up since then. 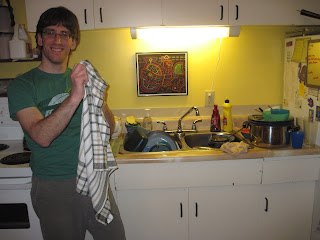 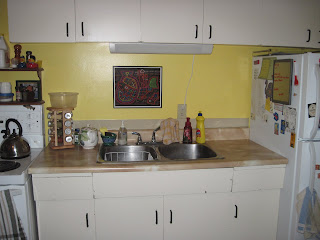 After that was done the plan was to make strawberry milkshakes and start watching a movie downstairs. However Miss Rachel had other plans. She went down around 8ish and slept well until 8:45. Since then she has been alternately screaming, nursing or being rocked. We've given her Advil and checked her diaper a few times and are at a bit of a loss. And after an hour and a half of this we are both wiped out and just heading to bed. At least that is the plan once Rachel falls asleep for good. It might be a very long night.

So yes, it was a very exciting and romantic date night! Ha ha ha!
Posted by Natasha at 00:15