What An Exciting Day!

So over Christmas I thought about all sorts of exciting field trips I could take Sam on. One of those was to a fire station. I mentioned this to New Mom's as something we could maybe arrange for a group of us. Everyone was interested so finally a few weeks ago I checked with a fire station near us and they agreed to tour a group of eighteen (!!!) of us -- six each of adults, toddlers and babies :)

We all walked from our house to the fire station and made quite the train with strollers! I wish I had taken a picture. When we got to the fire station they mentioned that if they needed to go on a call then we should gather in a certain area and then they would tell us what to do. Since them going out on a call was possible, we asked if we could get a picture of us with them before the tour started. 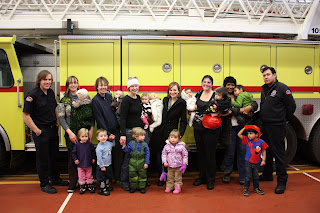 This picture is from Marcia.
And do you think there are enough of us?!?!?
Next we got to see two of the trucks in quite a bit of detail. It was super-cool! 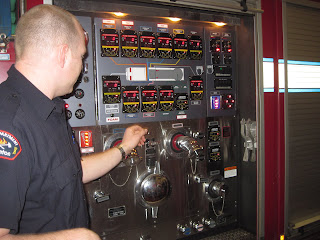 This is the water-console on the ladder truck. 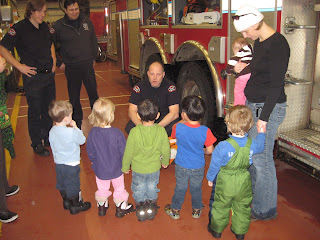 The kids gathered around listening to
the explanation about the saws. 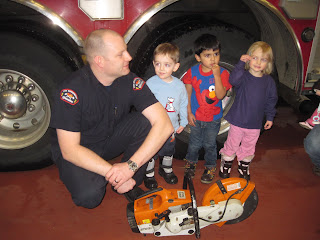 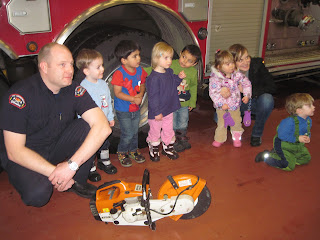 The wheels are as tall as the kids.
And these saws are soooo cool! 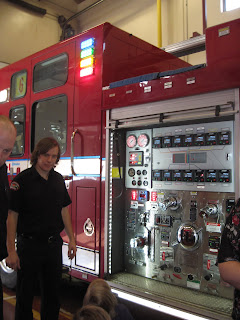 The computer console on the water truck.
Then the kids got to go INSIDE a truck and a firefighter showed them awesome things like... 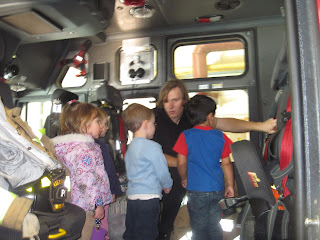 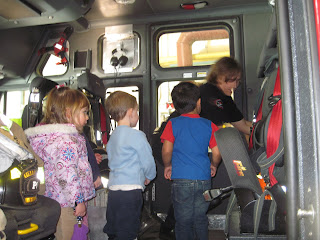 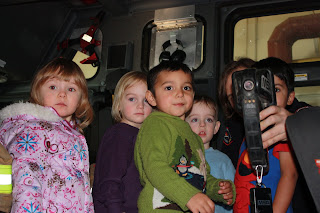 ...an infrared sensor...
(This picture is also from Marcia.) 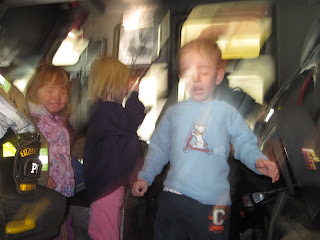 ...and the alarm on the breathing apparatus.
Sam was not so sure about that one and headed
out of the truck in a big hurry! 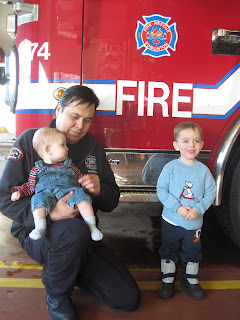 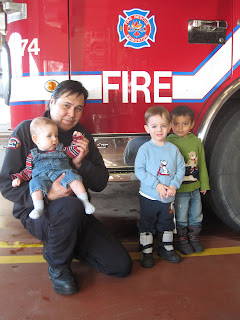 Firefighter Lance agreed to hold Rachel and Sam so I could get a picture of the kids with him to show Dave (who was very envious that he couldn't be along on the tour!). Saagar joined in for a photo too.

All in all, it was an awesome tour, the firefighters were very accommodating and the kids, although shy at first, LOVED it and had a great time. Thanks again City of Edmonton Fire Fighters of the station near our house.
Posted by Natasha at 19:37