The first year we lived in Edmonton Dave and I bought two packages of chocolate bars and the mice ate three or four, three kids (pre-teens at that) came to our house, and Dave and I were stuck with a whole bunch of candy. The next year, Sam's first Hallowe'en, we went trick-or-treating in Waterloo with Tim, Janice, Willem and Tessa. Last year I was too sick to do trick-or-treating and we took Sam to Twiebe's, Ghenette and Brian's, and Kim and Jac's the next day. Or maybe even two days later. I don't remember!

This year I wanted to do it right! However due to lack of kids in our neighbourhood I asked Marcia if we could join them and it ended up being a crazy New Mom's kind of Hallowe'en with Olivia, Naden and Kelsey as well as some friends of Jason and Marcia's. 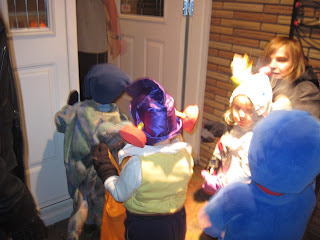 I asked Dave if I should post this picture and he said that it would capture the chaos of trick-or-treating with four toddlers :) They did really well and Sam got into saying "Trick-or-treat please!" and "Thank you!" 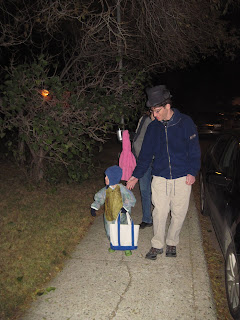 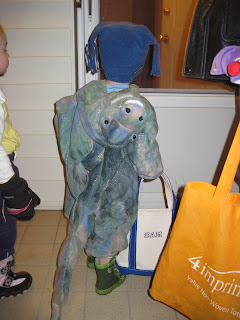 Sam even managed to walk most of the way although Dave was pretty much carrying him by the end. And since I'd been prepping him about every 15-20 minutes all day (seriously!) he understood that he needed to wear his costume and not freak out about it. He didn't want to wear the hood but that was totally fine with me. 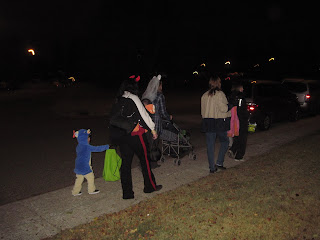 We really were quite the brigade what with four toddlers, three younger siblings, four moms and two dads! And Dave and I wore out Mouse Wedding Ears (me with my veil and Dave with his top hat) to get in the spirit. I mean, how many chances will we have to wear those things?!?

After we left Marcia and Olivia's house we went to Kim and Jac's to show off the kids' costumes. Here is Sam with their family last year and here are Sam and Rachel with their family this year. (It seems Alliah always has her own plans on Hallowe'en!) 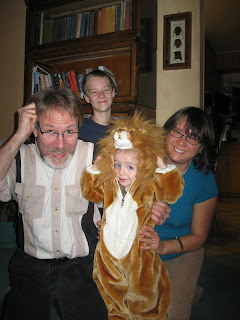 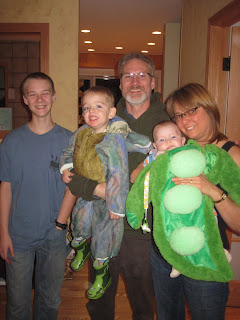 The next night we went to Tash Wiebe's for a quick trick-or-treat visit. It seems I should have prepped Sam on the whole Hallowe'en costume thing earlier because by the third time he was TOTALLY into wearing his hood so I took some quick pictures. 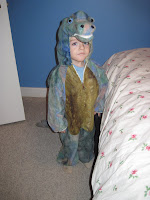 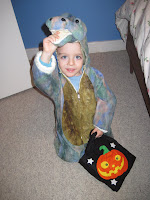 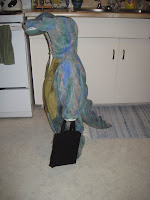 And of course, Miss Rachel was the cutest pod of peas since... Sam! 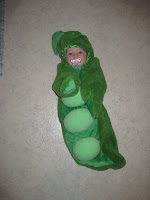 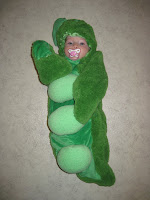 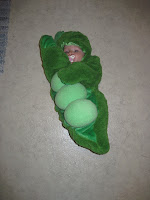 And just to compare here is Sam on his first Hallowe'en at seven months and Rachel on hers at four and a half months. So sweet! 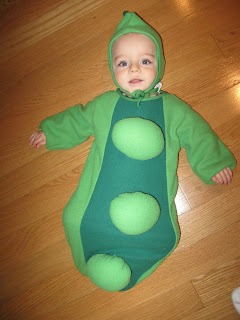 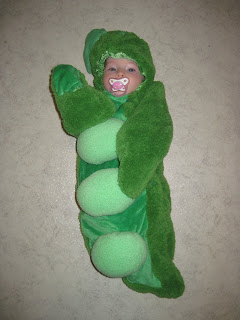