One Last Hurrah At The Beach 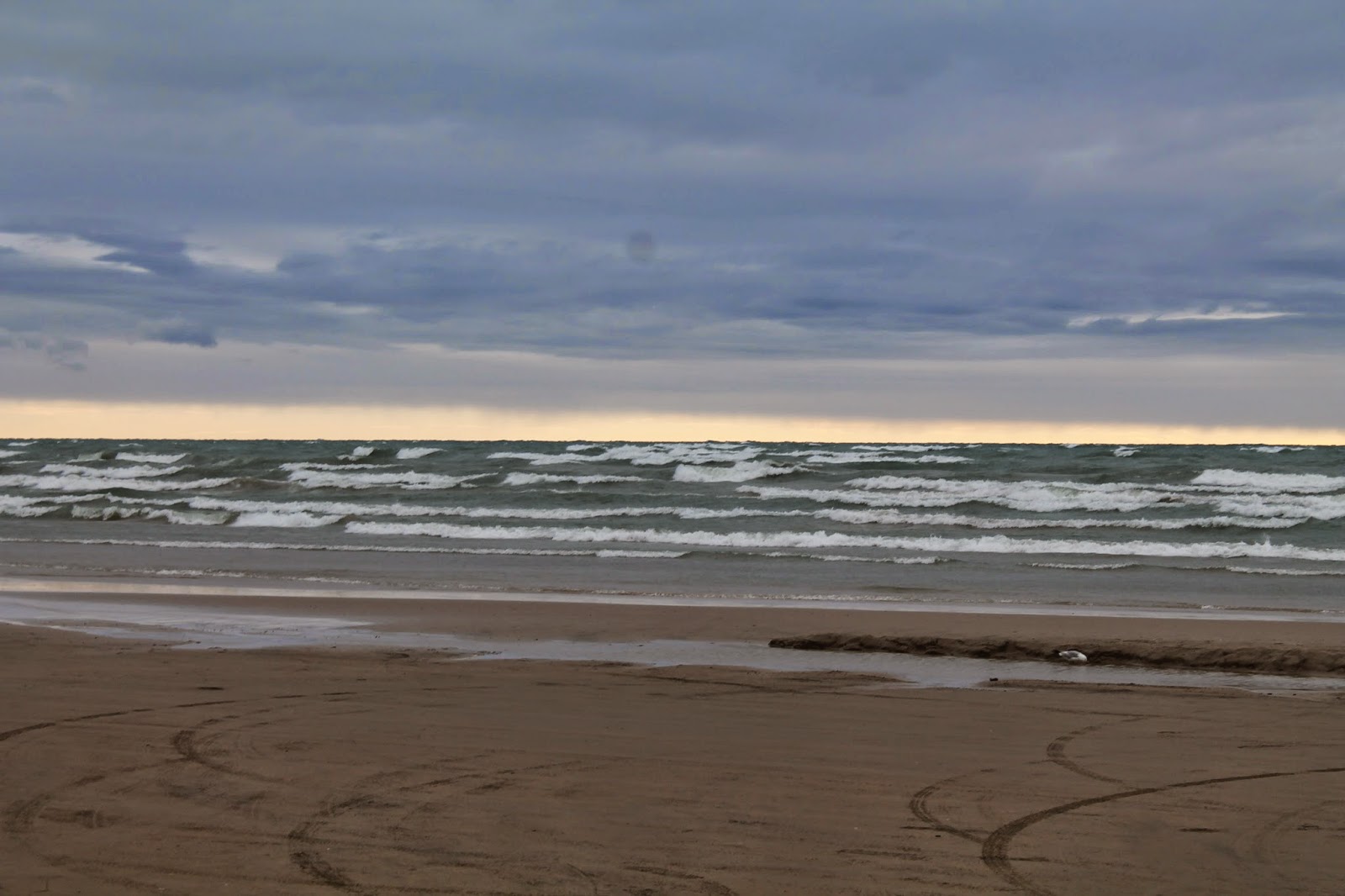 After three days of really cold weather, by late Thursday night I had hit the wall. Three days of finding non-beach things to do had been fine but I really wasn't looking forward to a fourth day. Especially since we had pretty much discovered everything there was to do already. Dave woke up Friday morning and had hit the same wall. However, thankfully, the sun came out so we decided to check out the other minigolf course in town. 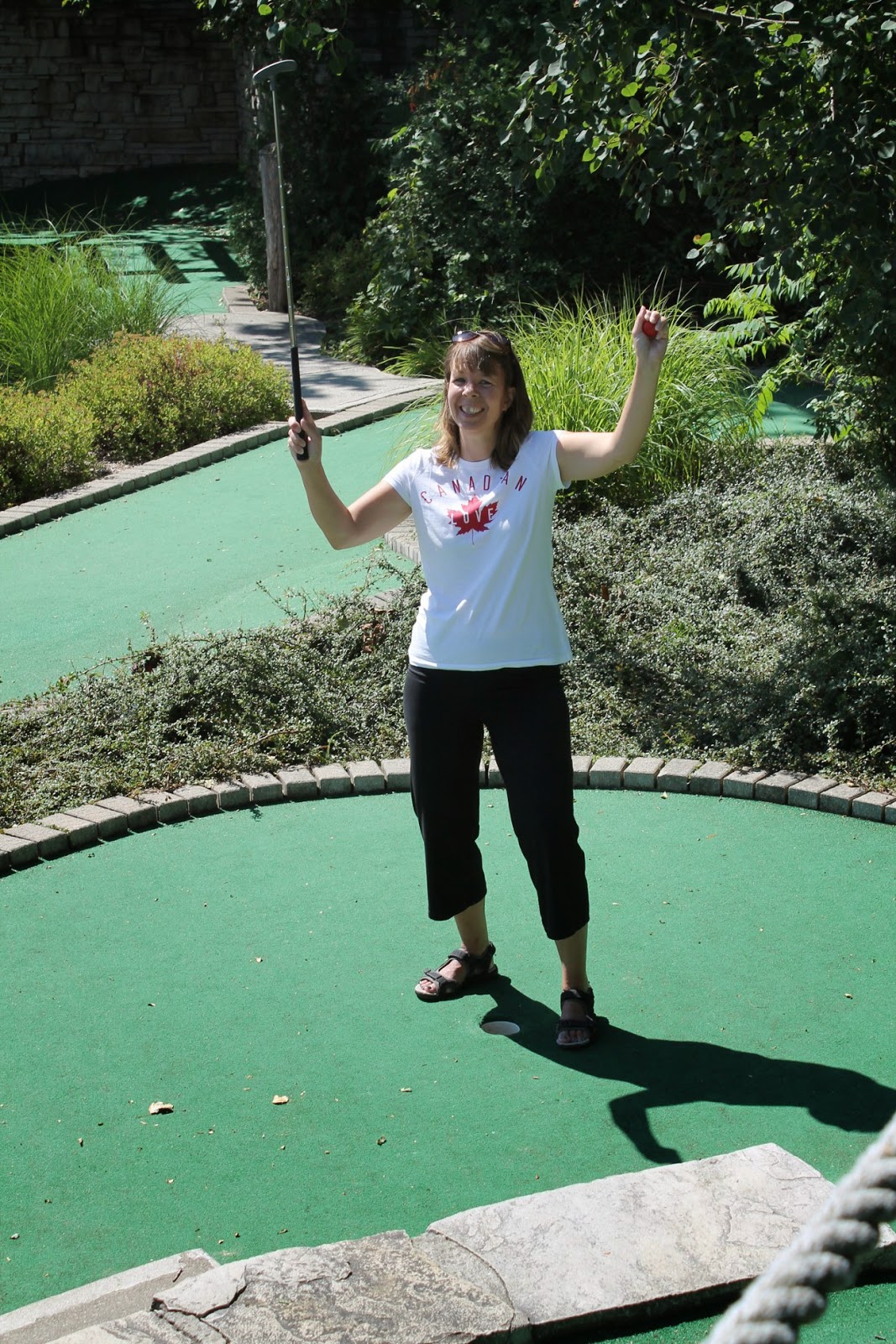 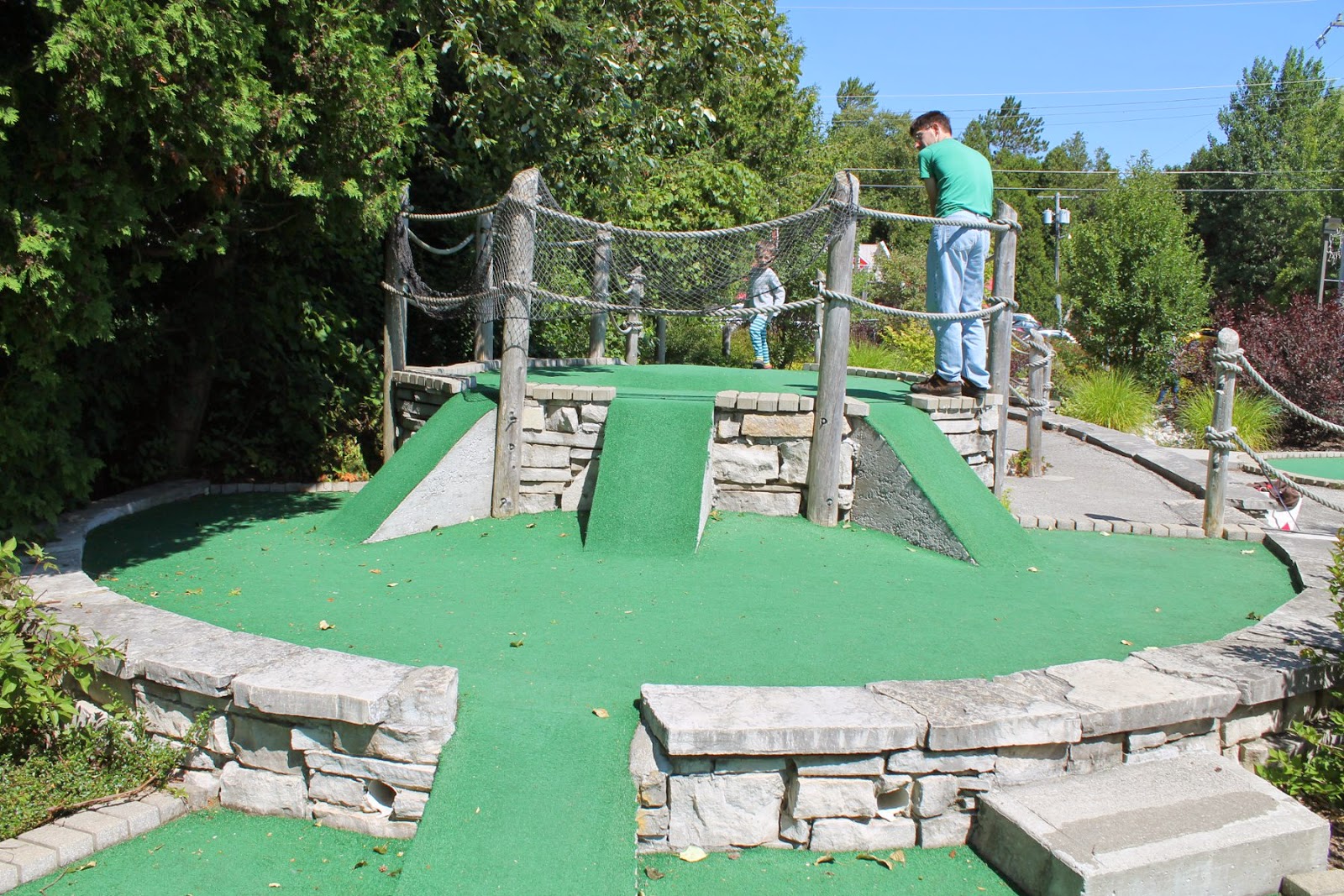 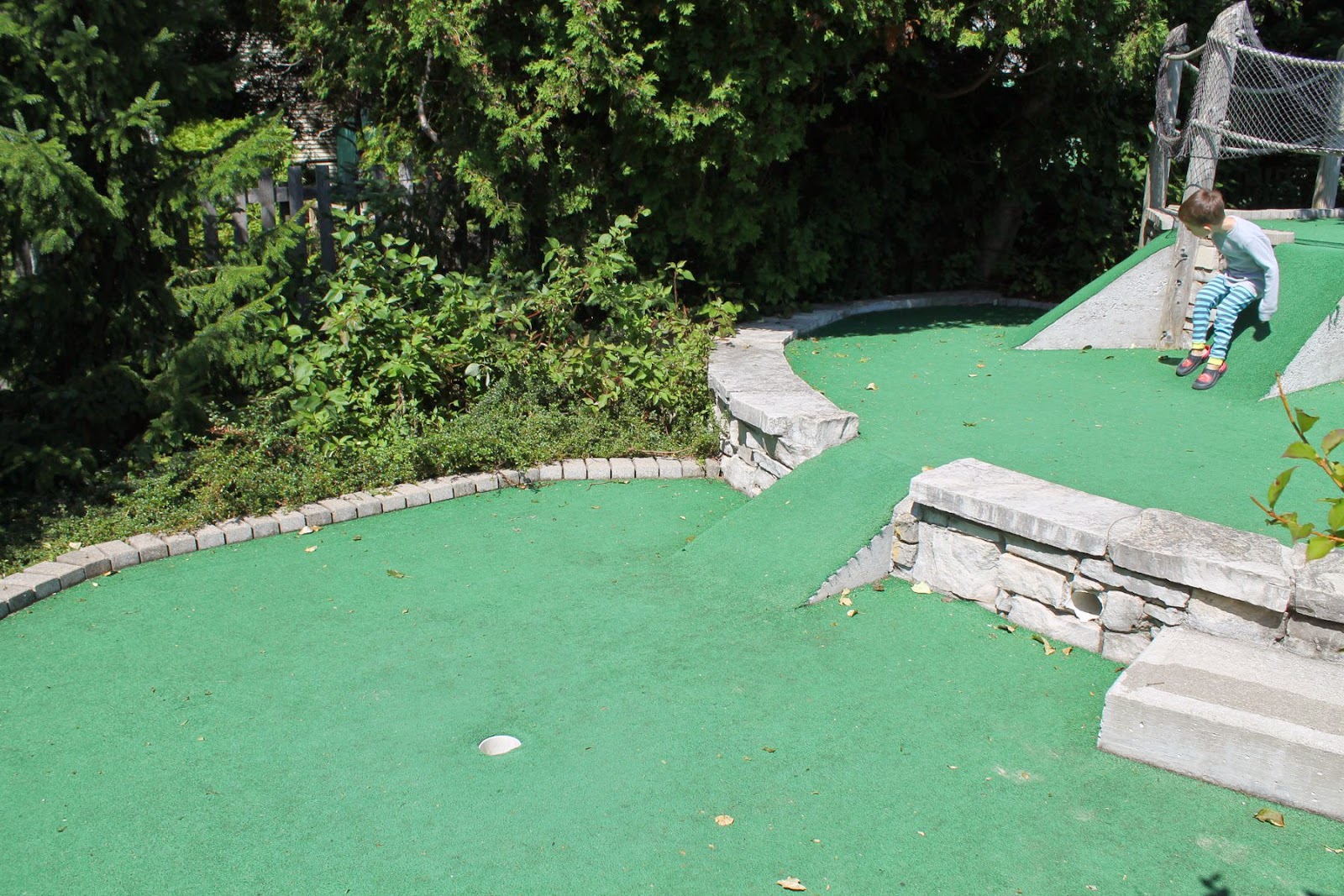 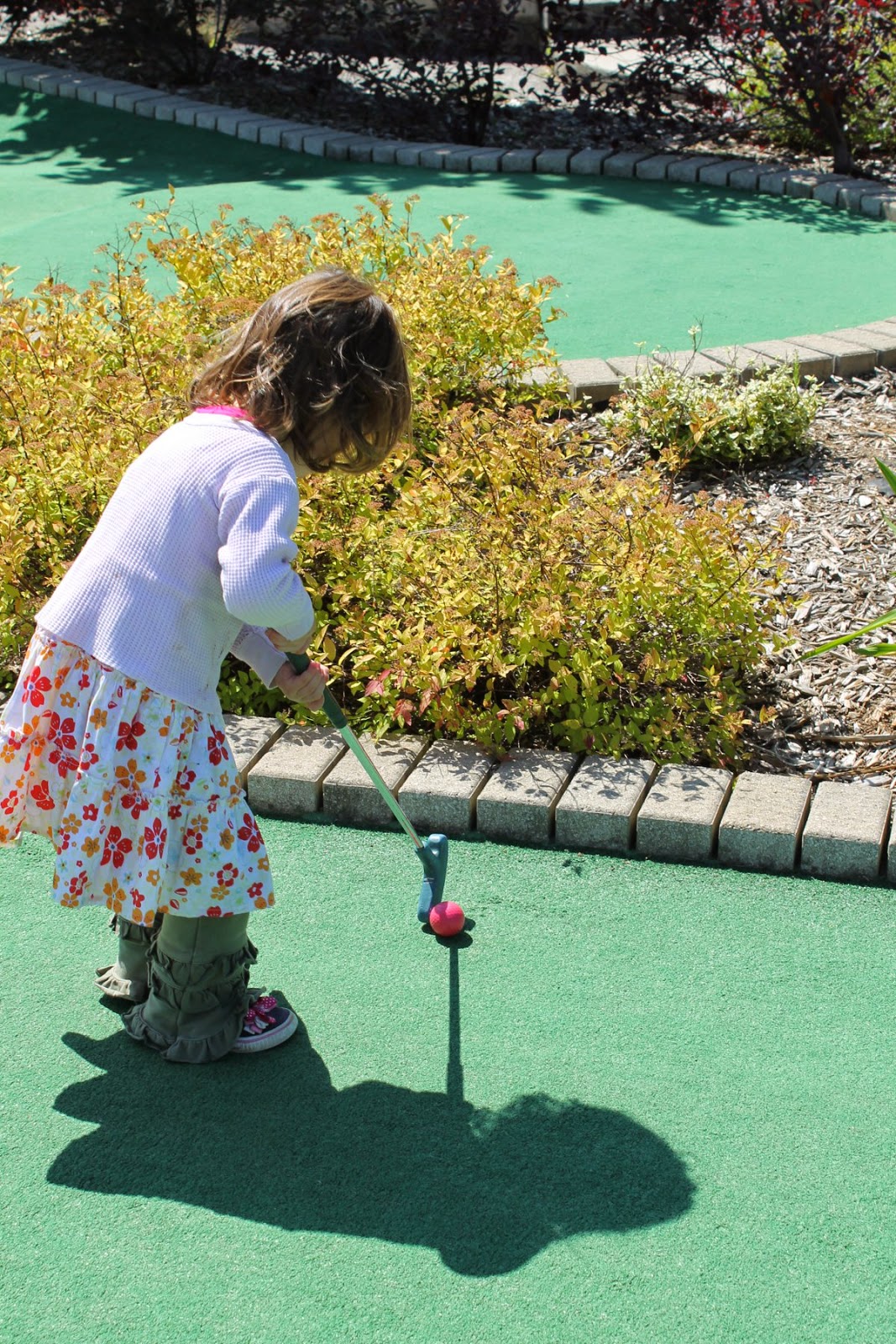 It was seriously the most fun minigolf course I have ever played. They used different levels and slopes to the greens to make every hole challenging. Dave and I had so much fun.

After lunch we decided to take advantage of the sunny, but very windy, afternoon and we headed to the beach. It was too cold to swim so I hung out and read while Sam and Rachel played. Sadly, after about twenty minutes, Rachel got a little too close to the water, and decided that her beach time was officially over. Dave drove her back to the house while Sam and I spent another half hour hanging out. 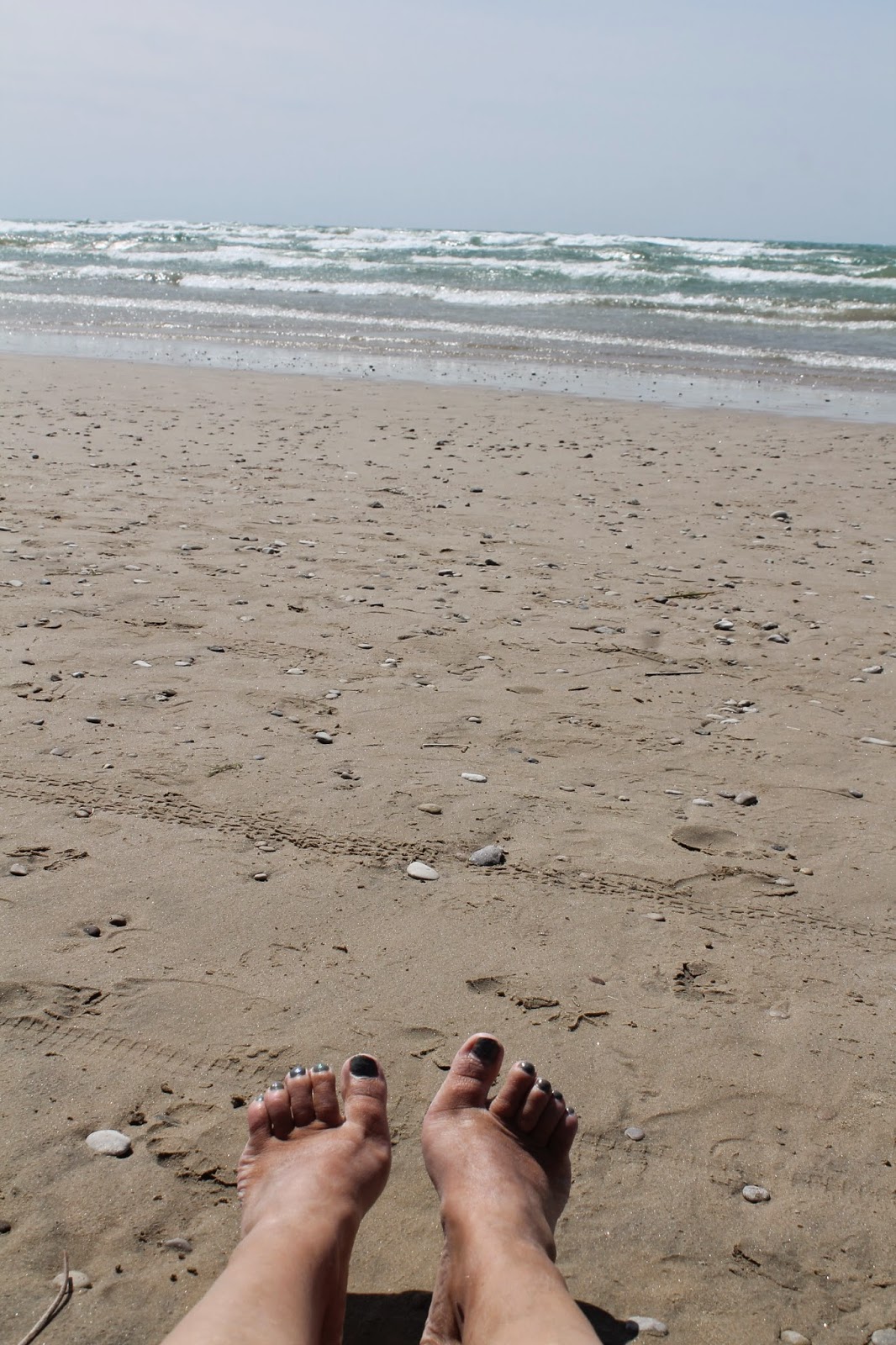 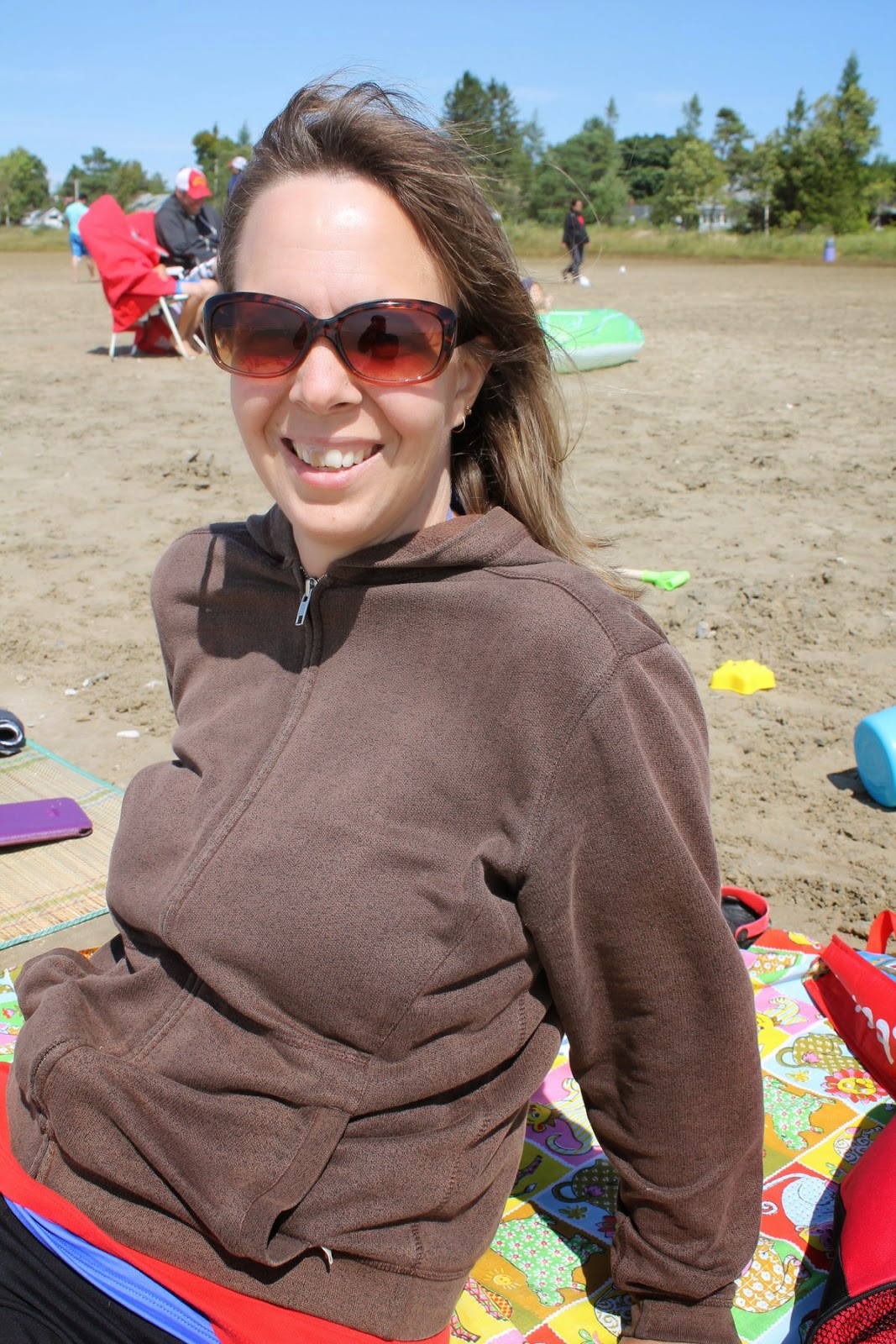 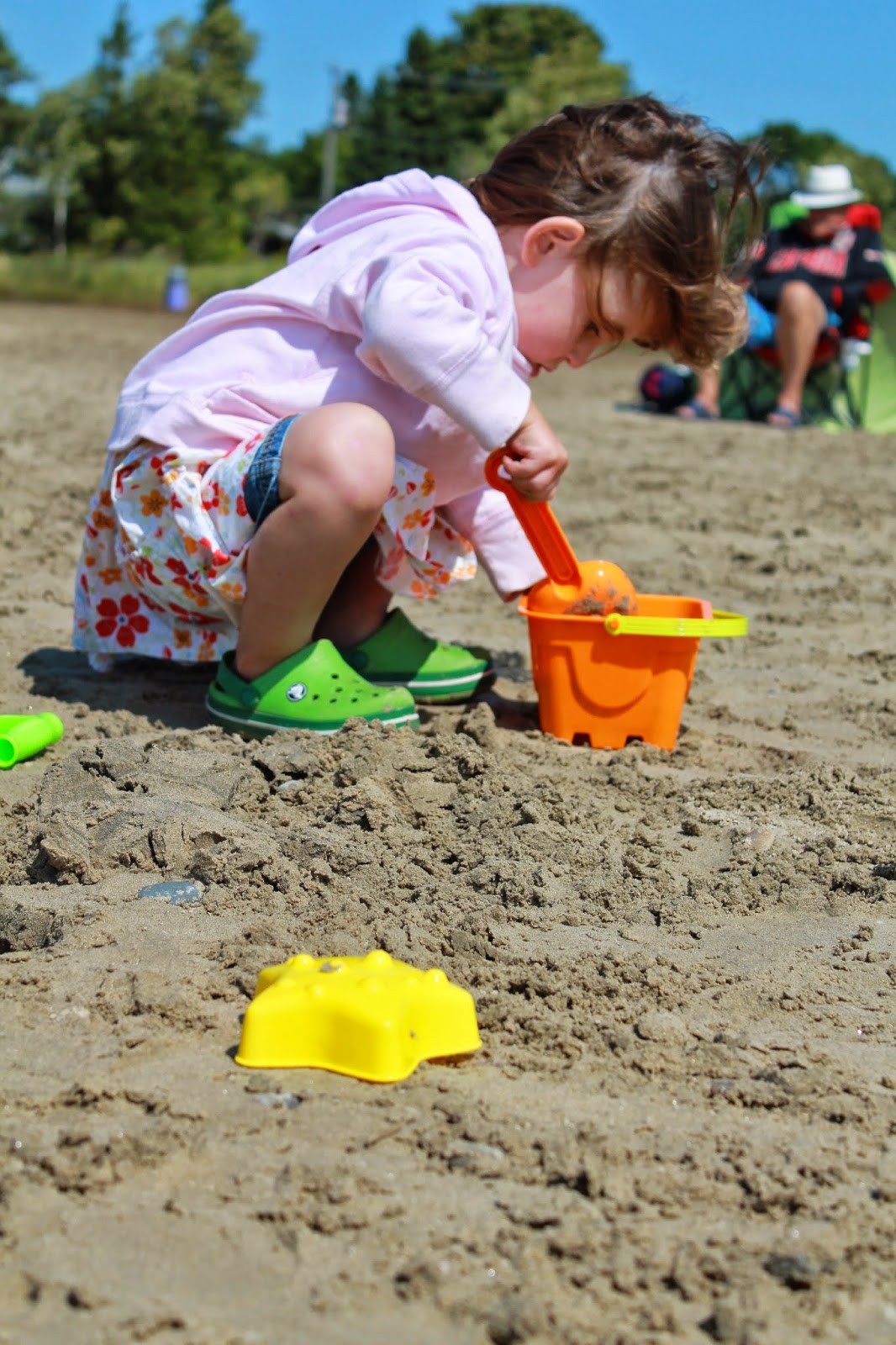 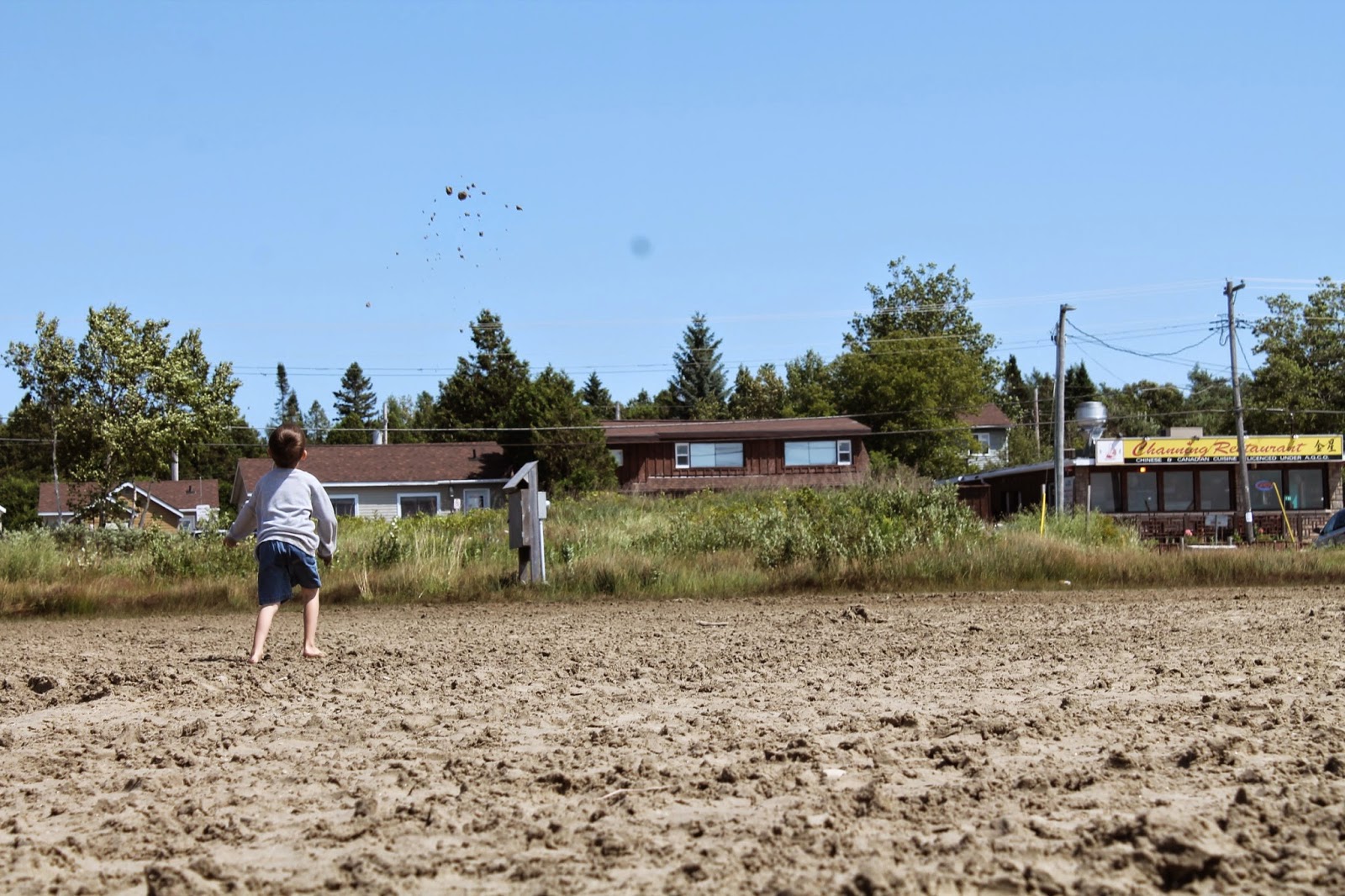 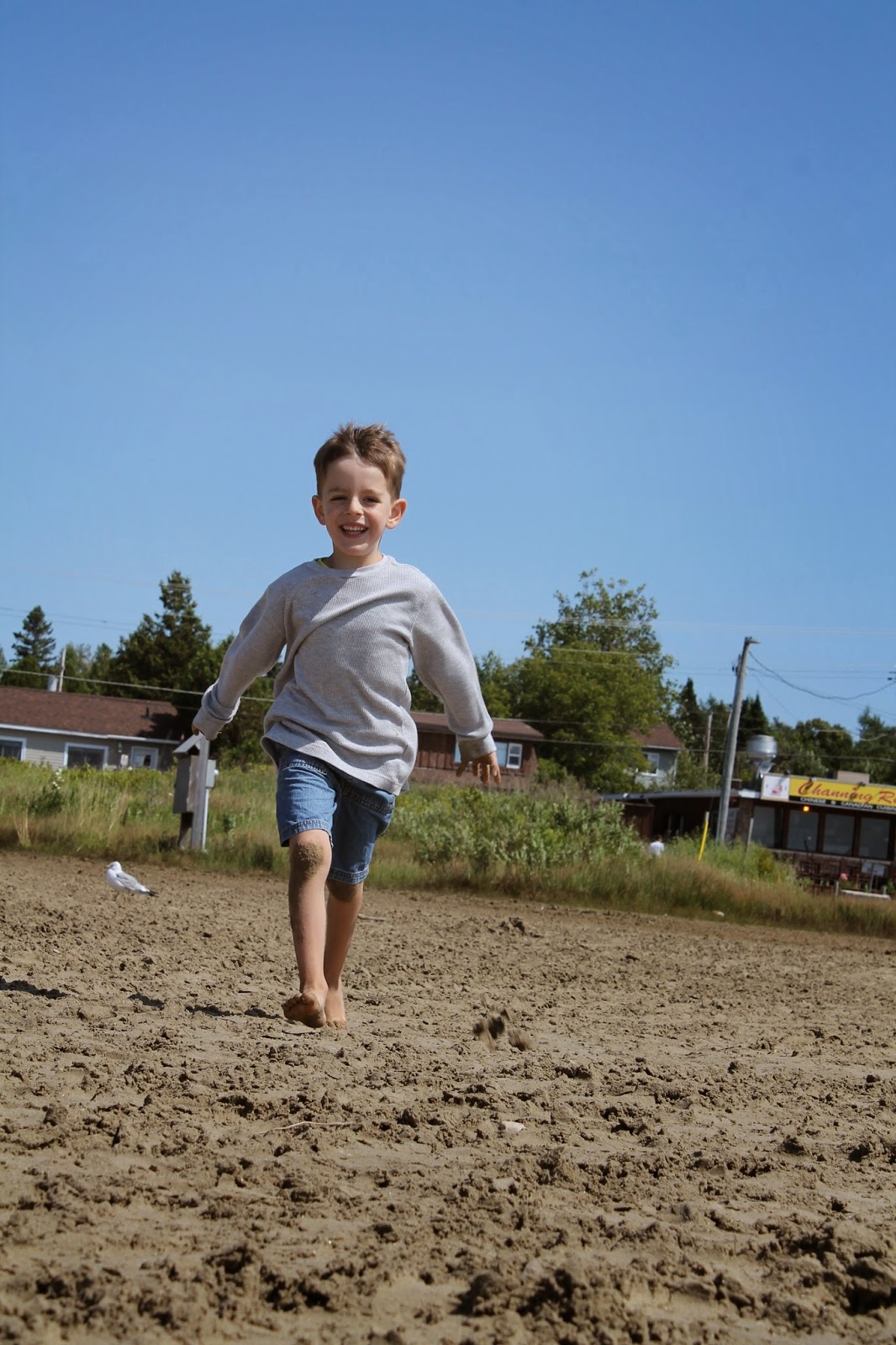 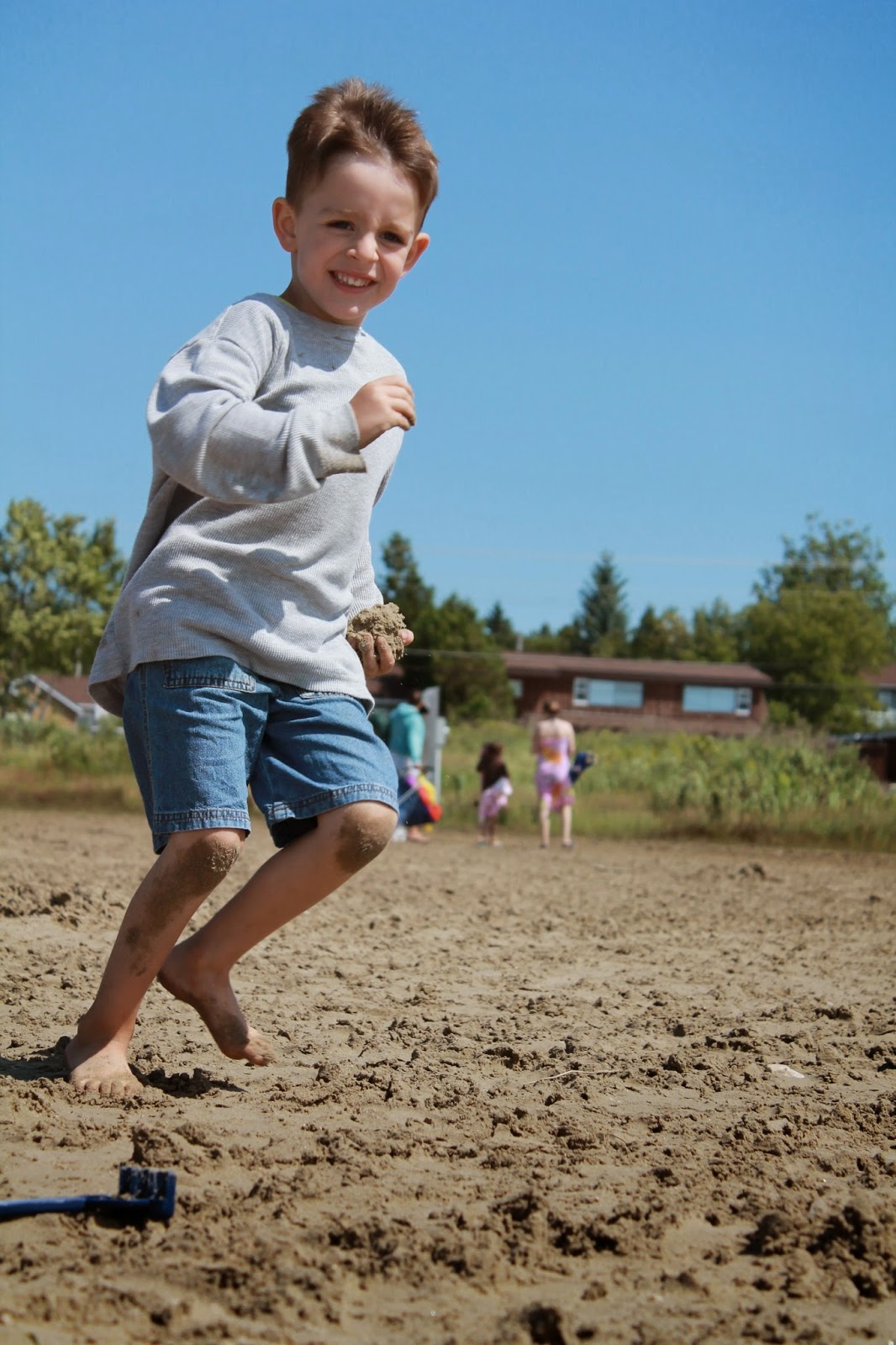 That night we had a campfire and hung out talking with our friends. It was a perfect evening, made even better by the discovery of S'moreos. Basically you roast a marshmallow, open up an Oreo cookie, and stick the marshmallow in. It was AMAZING! We were hoping to get rich off our discovery but sadly, it seems S'moreos have been previously invented. 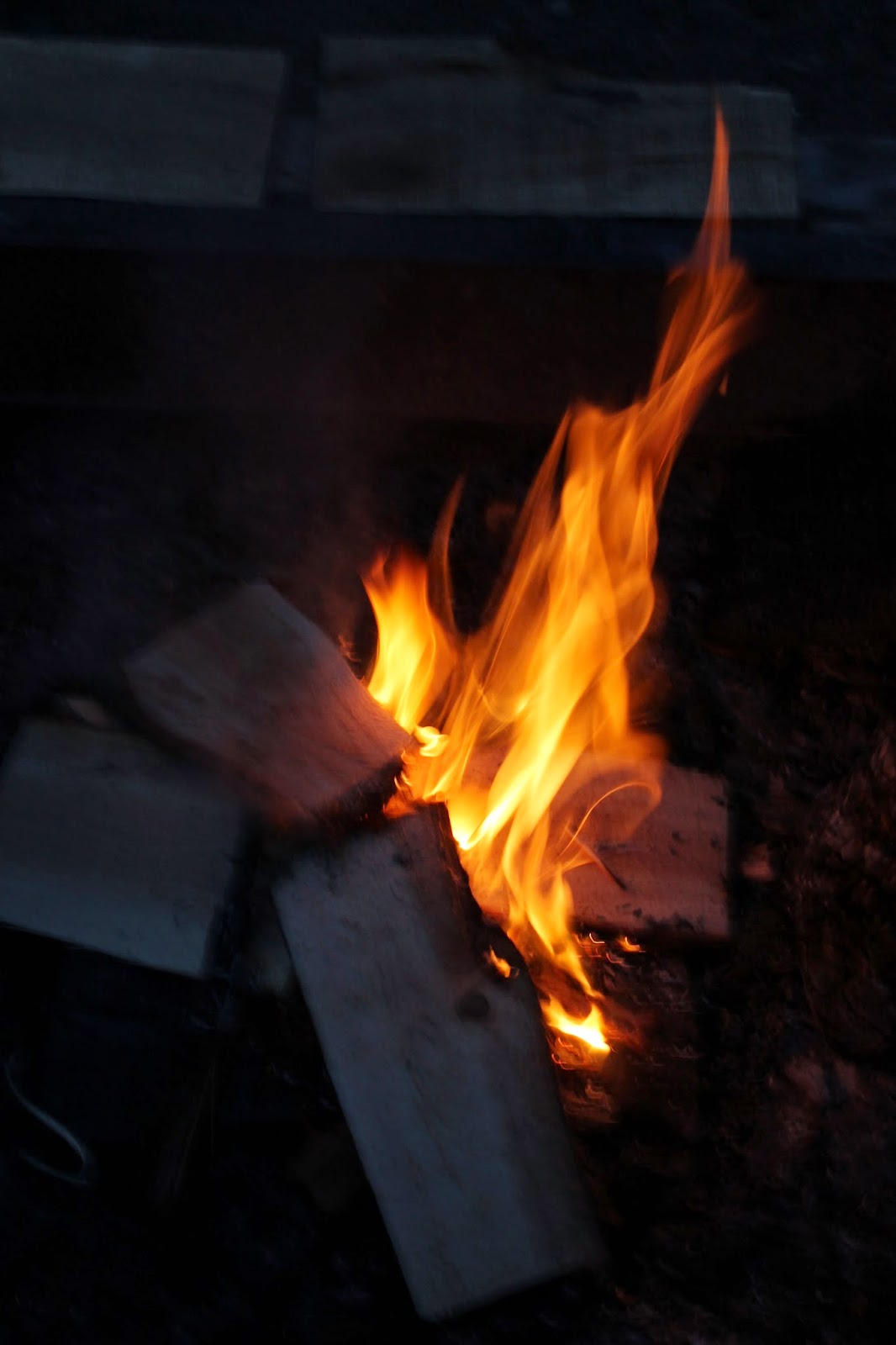 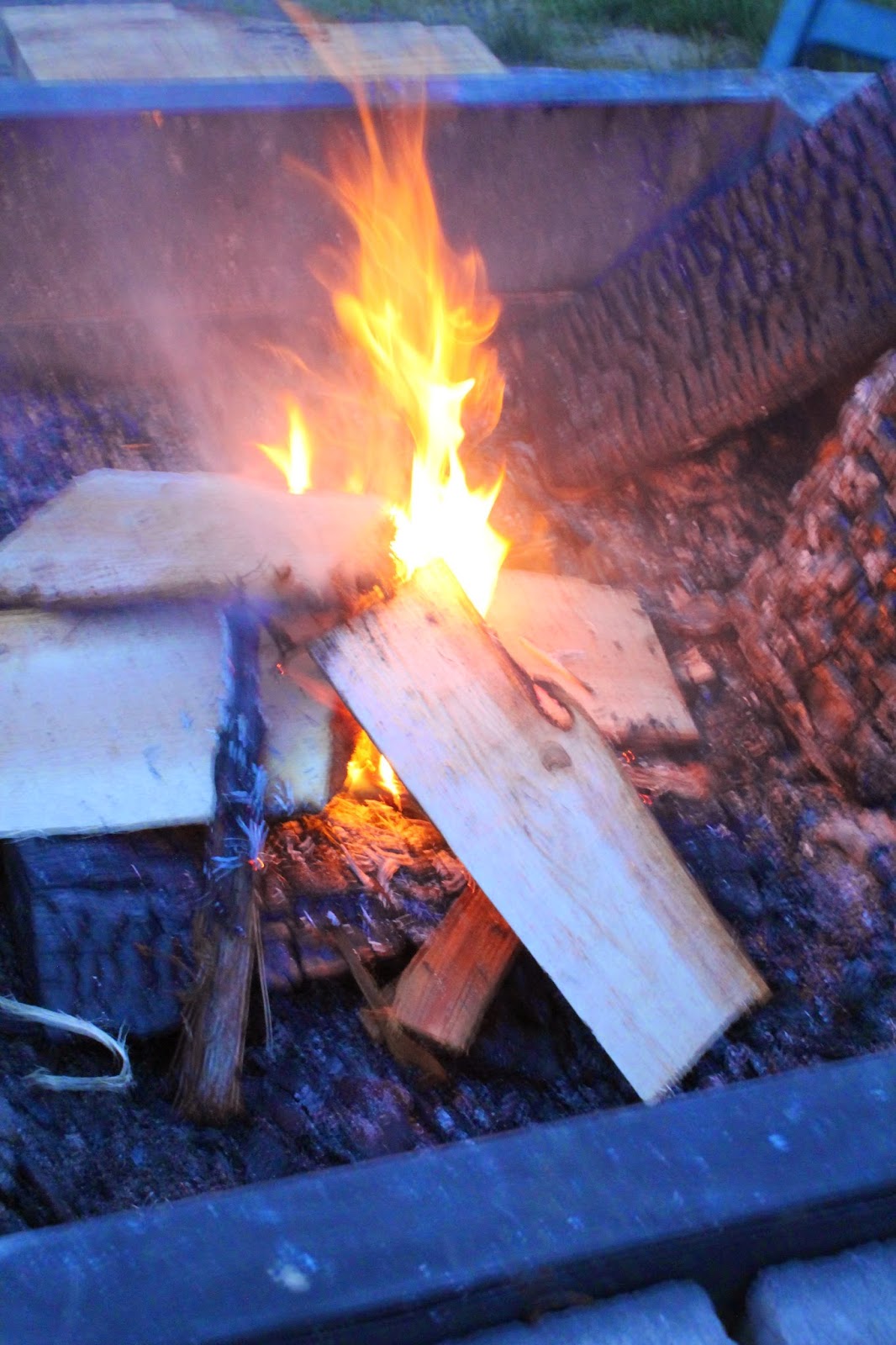 Saturday, our last day, was rainy. I don't think Sam stepped outside the house once that day. Also, we had five extra guests come to visit on the last day, so we had five kids, 5 and under, inside the house All. Day. I'll let you imagine how peaceful that was... 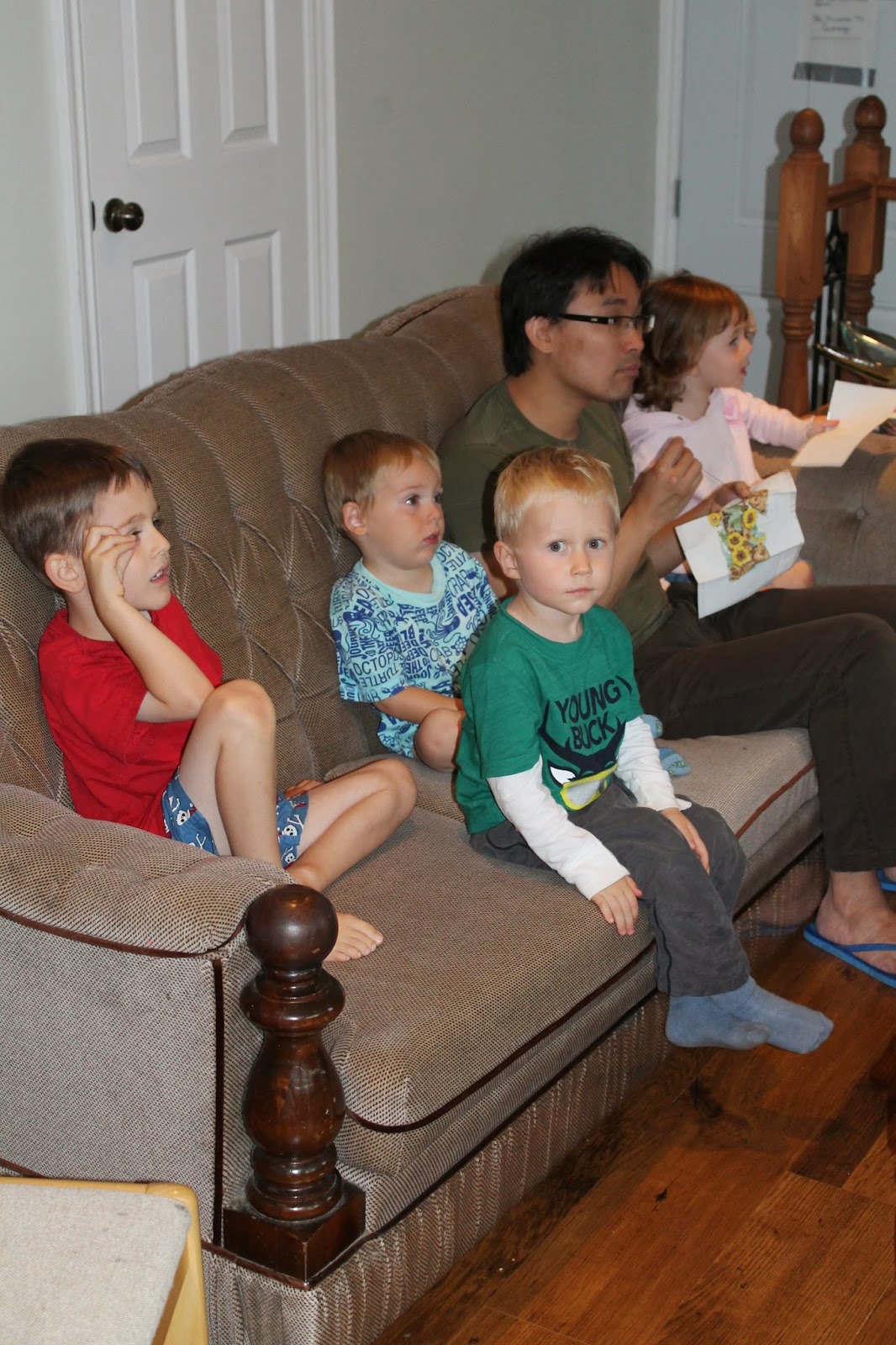 Dave BBQd supper despite it being rainy, and, while Donny and Marika took all the kids on a long walk, I finished off the day with a stiff drink! Ha! 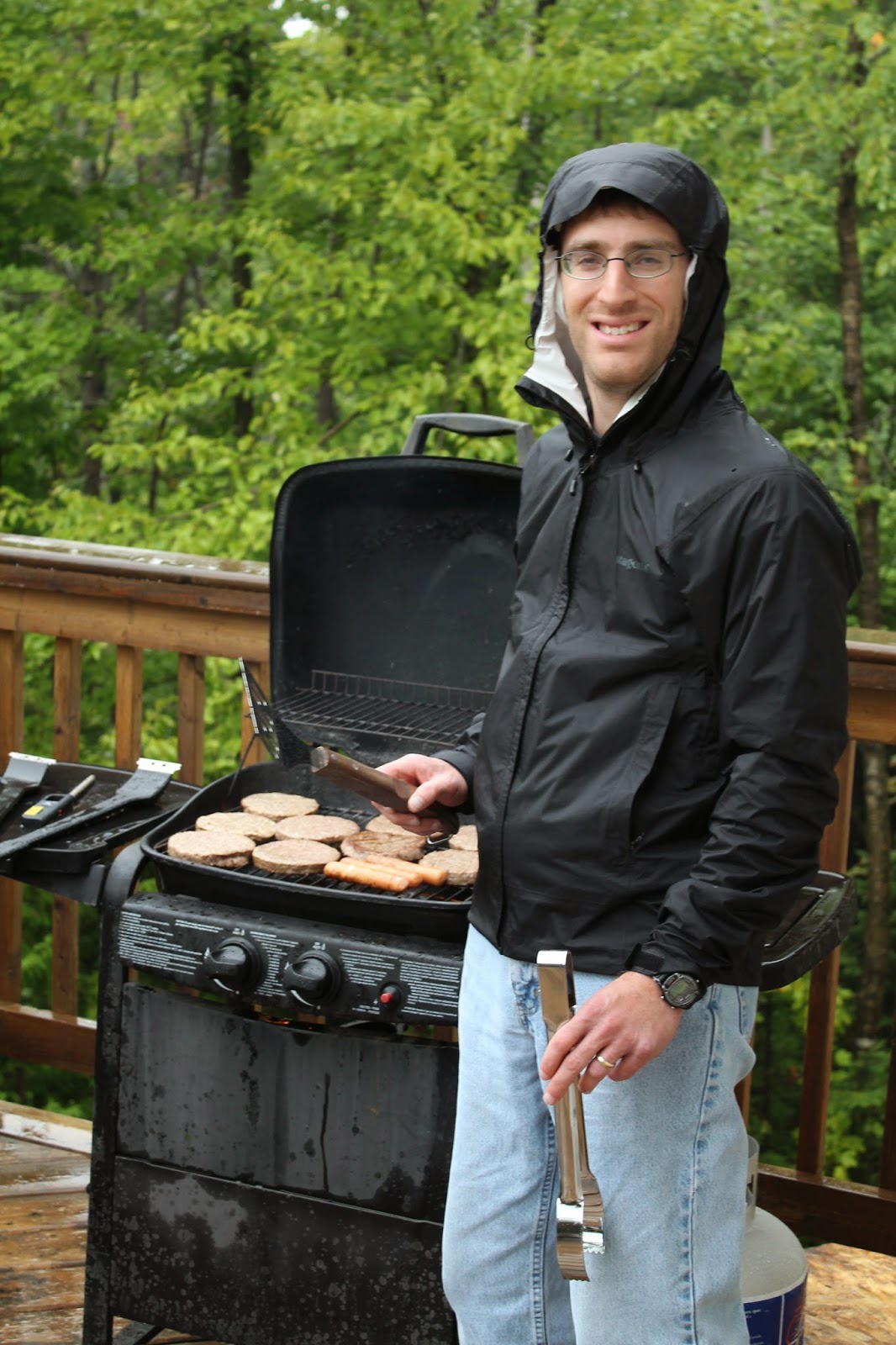 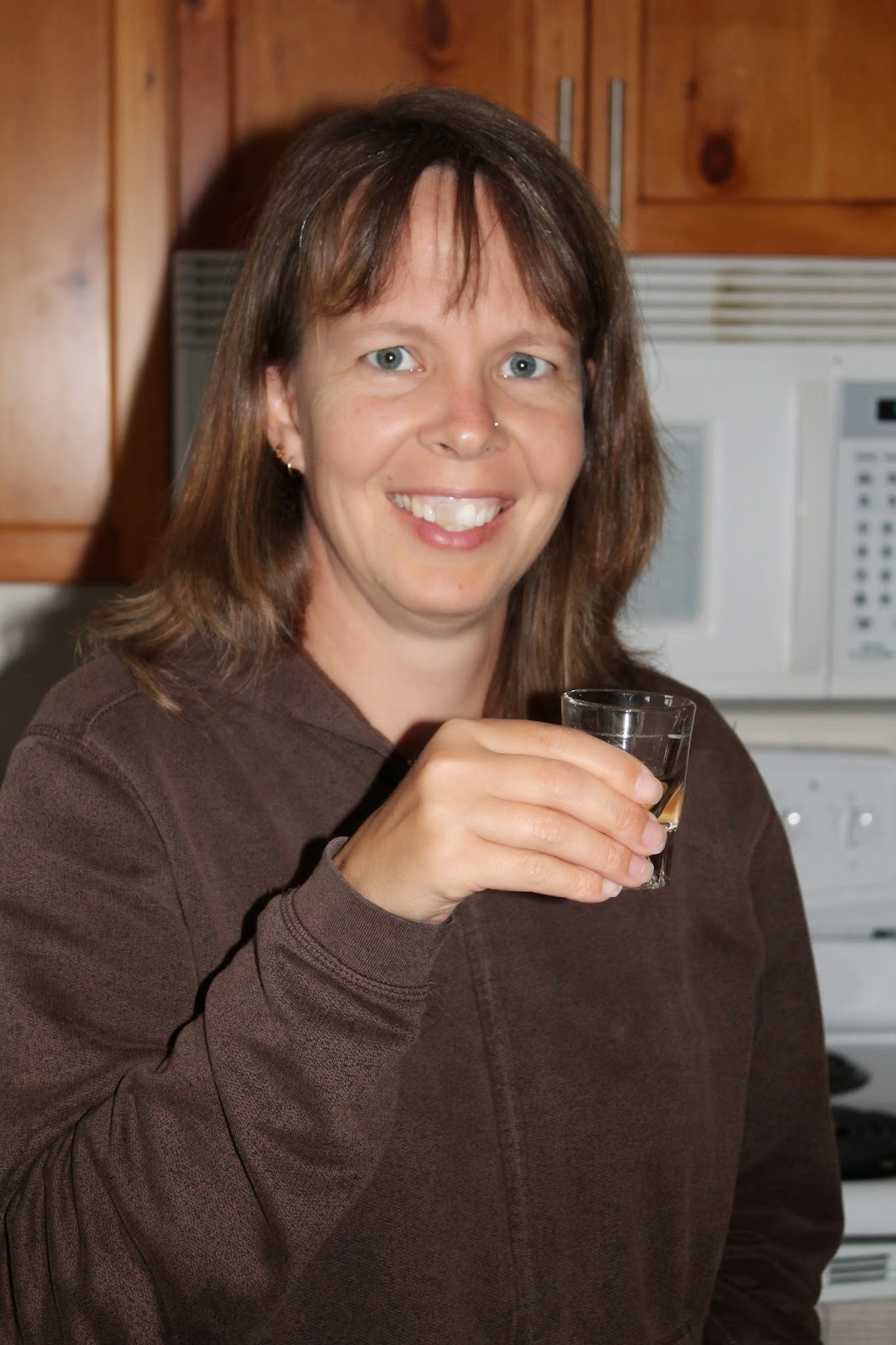 And that was our (not so beachy) beach vacation. I did enjoy doing fun things with my family and our friends. I just wish we had been able to spend a bit more time enjoying the actual beach. Maybe next year...
Posted by Natasha at 09:27