Today is the Civic Holiday in most of Canada, and Dave has the day off work. Since swimming and tennis lessons are continuing on as normal, it doesn't feel like much of a holiday, except for the fact that Dave gets to come along to everything, which is nice. Anyway... I meant to write about our weekend of going to Family Camp at our denomination's camp last week and I just ran out of blogging time. So here goes...

Our good friends encouraged us to come with them for the weekend and we also decided to share a cabin. On Friday night as we were trying to get four kids, aged five and under, to sleep for the night, I was wondering if we were a little insane. Much as Sam and Rachel loved all of us being in one big room, it was not the most restful night of sleep. 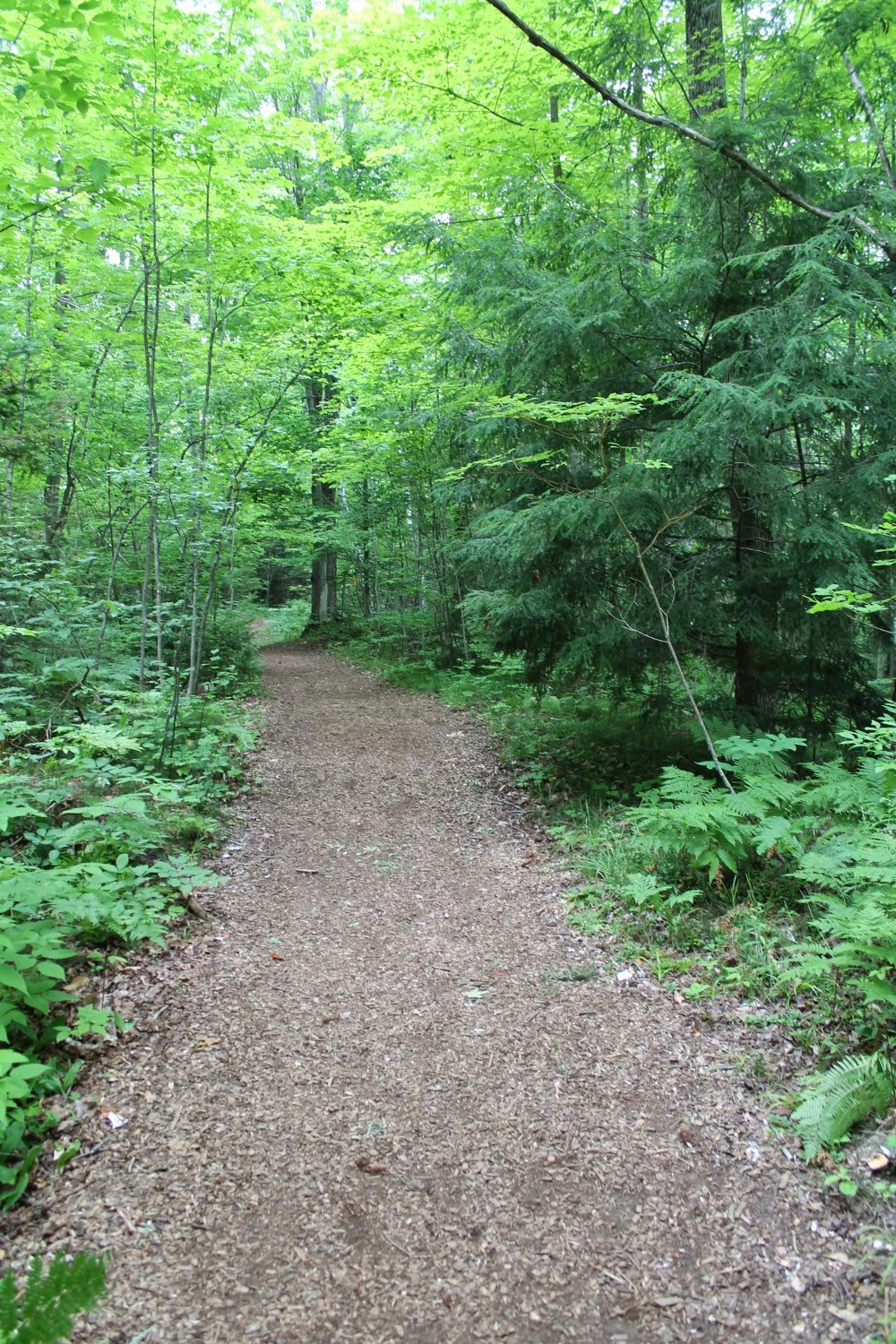 The next day the counselors had activities planned for the kids so Sam and Rachel went to catch bugs and frogs and check out the camp garden, while Dave and I went for a short (mosquito-y) walk, and then a longer double kayak tour of all the water lilies on the lake. It was a lot of fun. 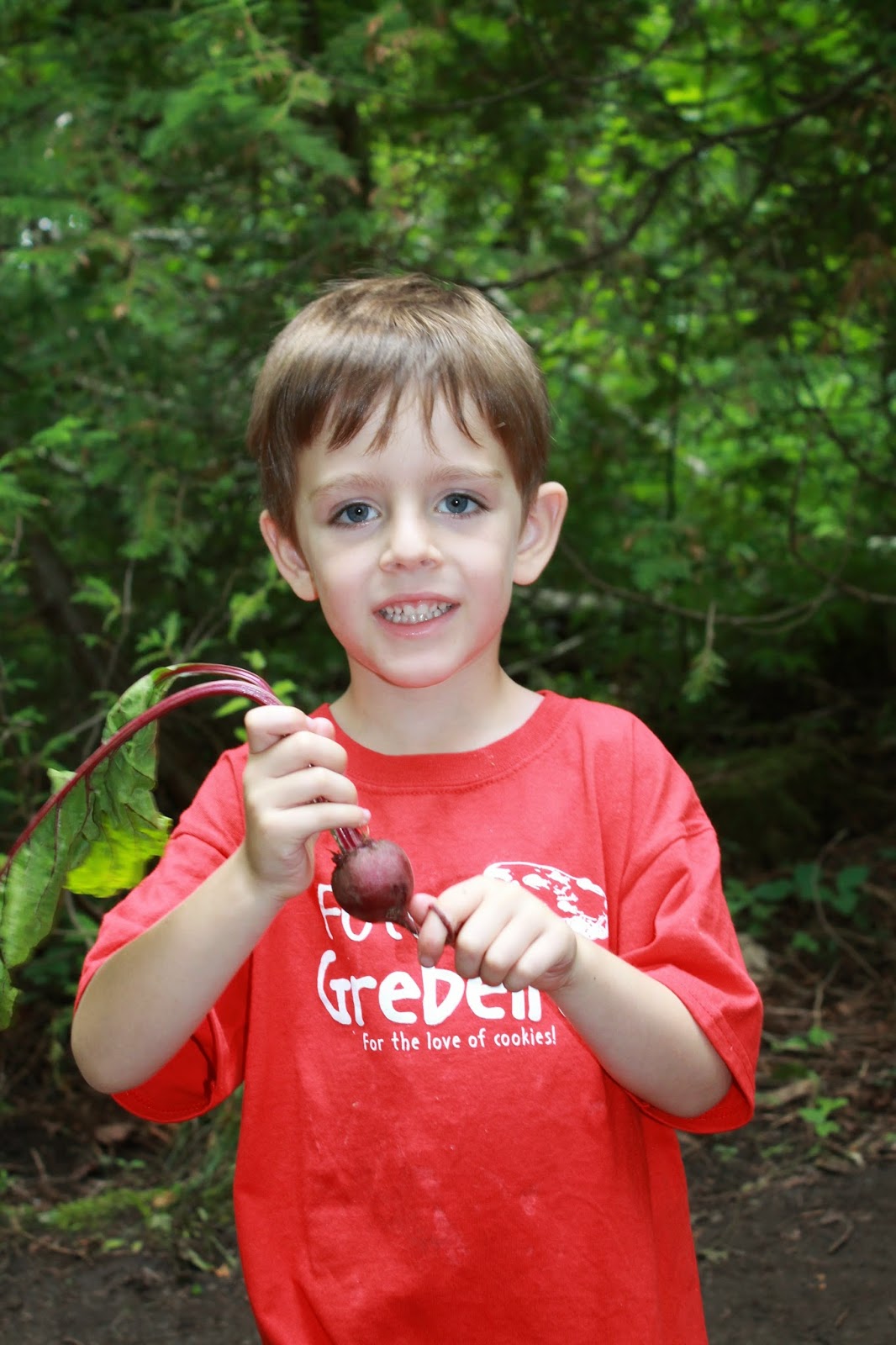 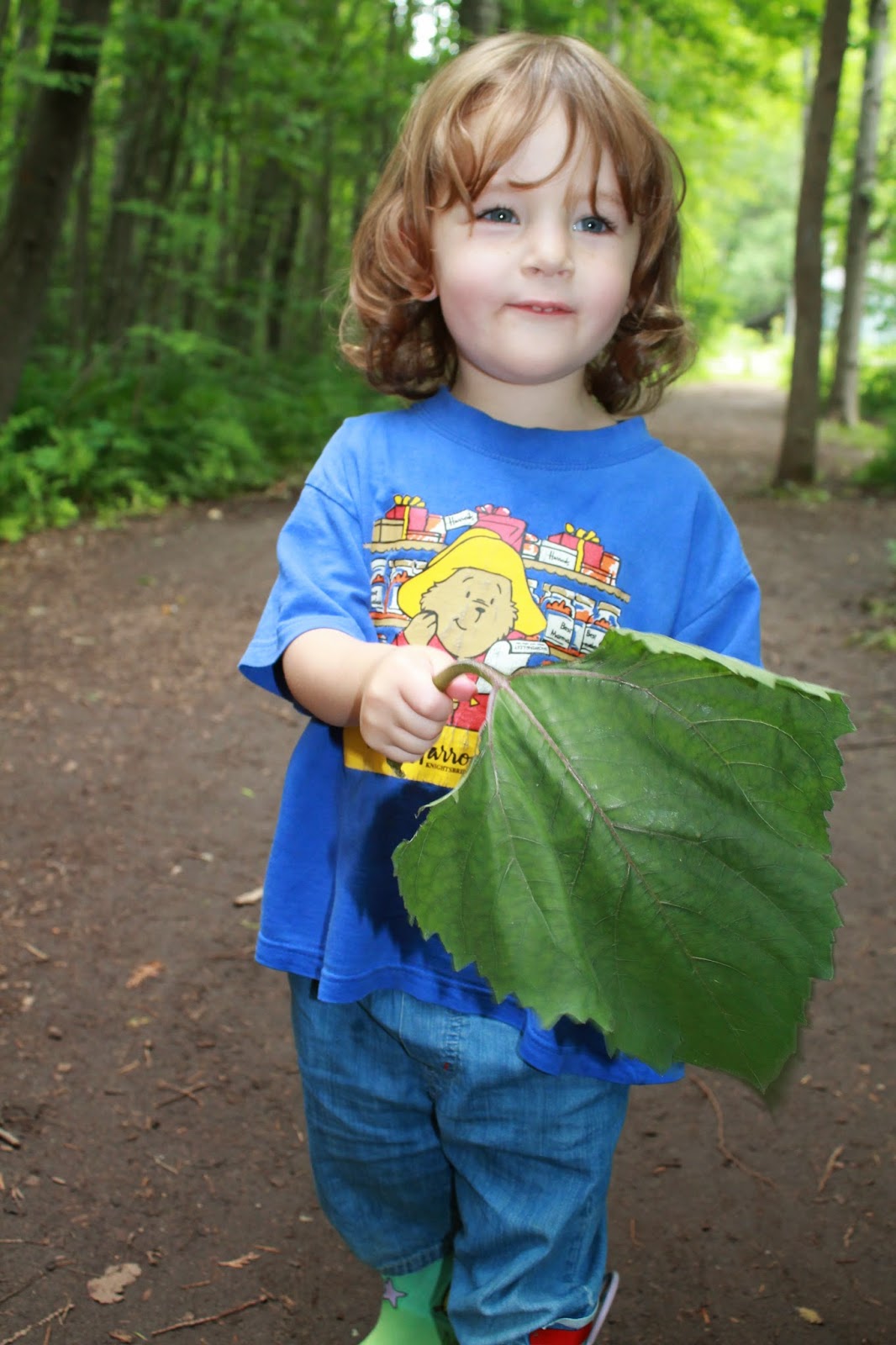 After lunch, Dave hung out watching the kids play while I had some quiet reading time with a cup of tea. It was lovely! 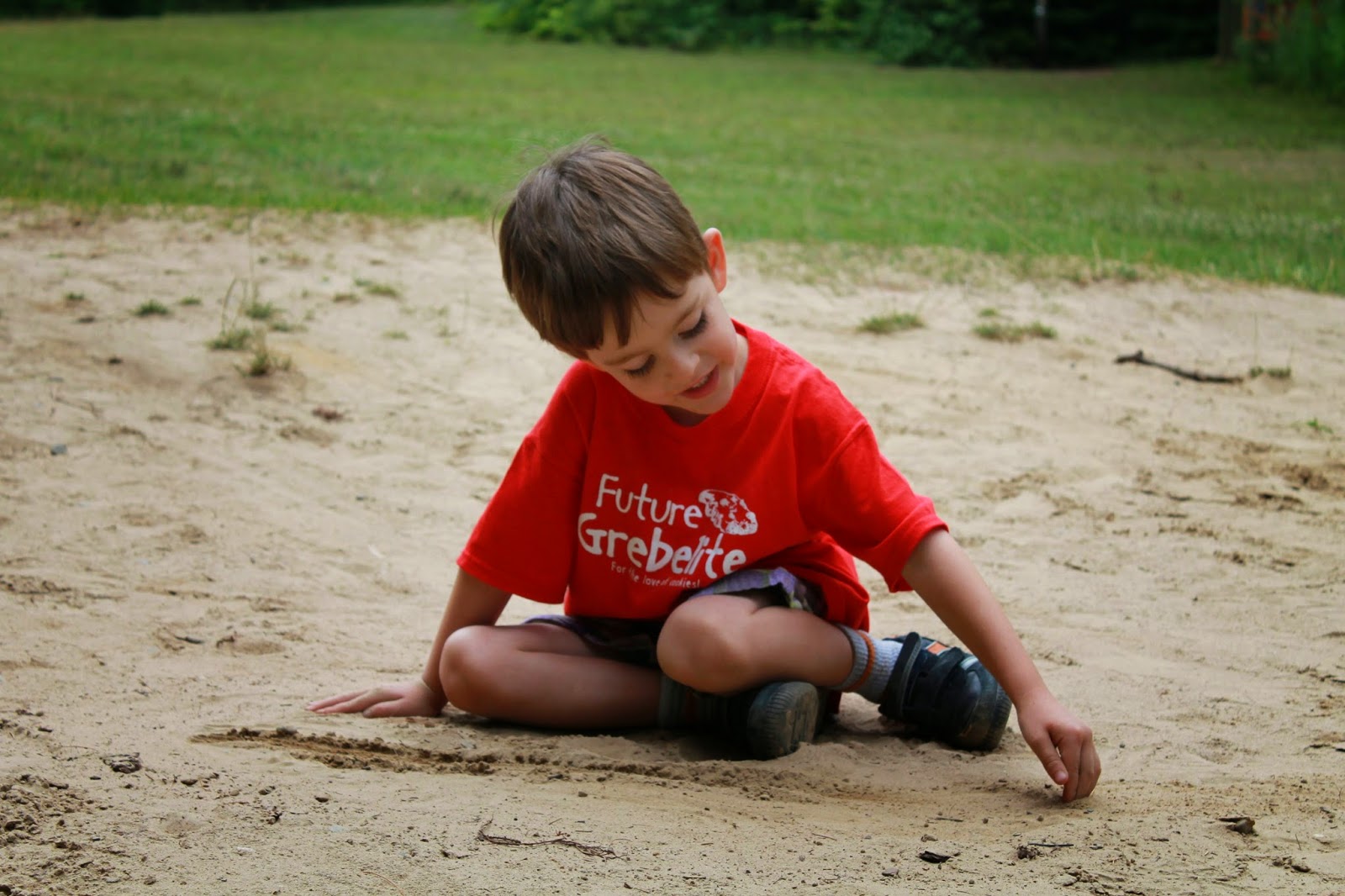 I love this picture I got of Sam playing. 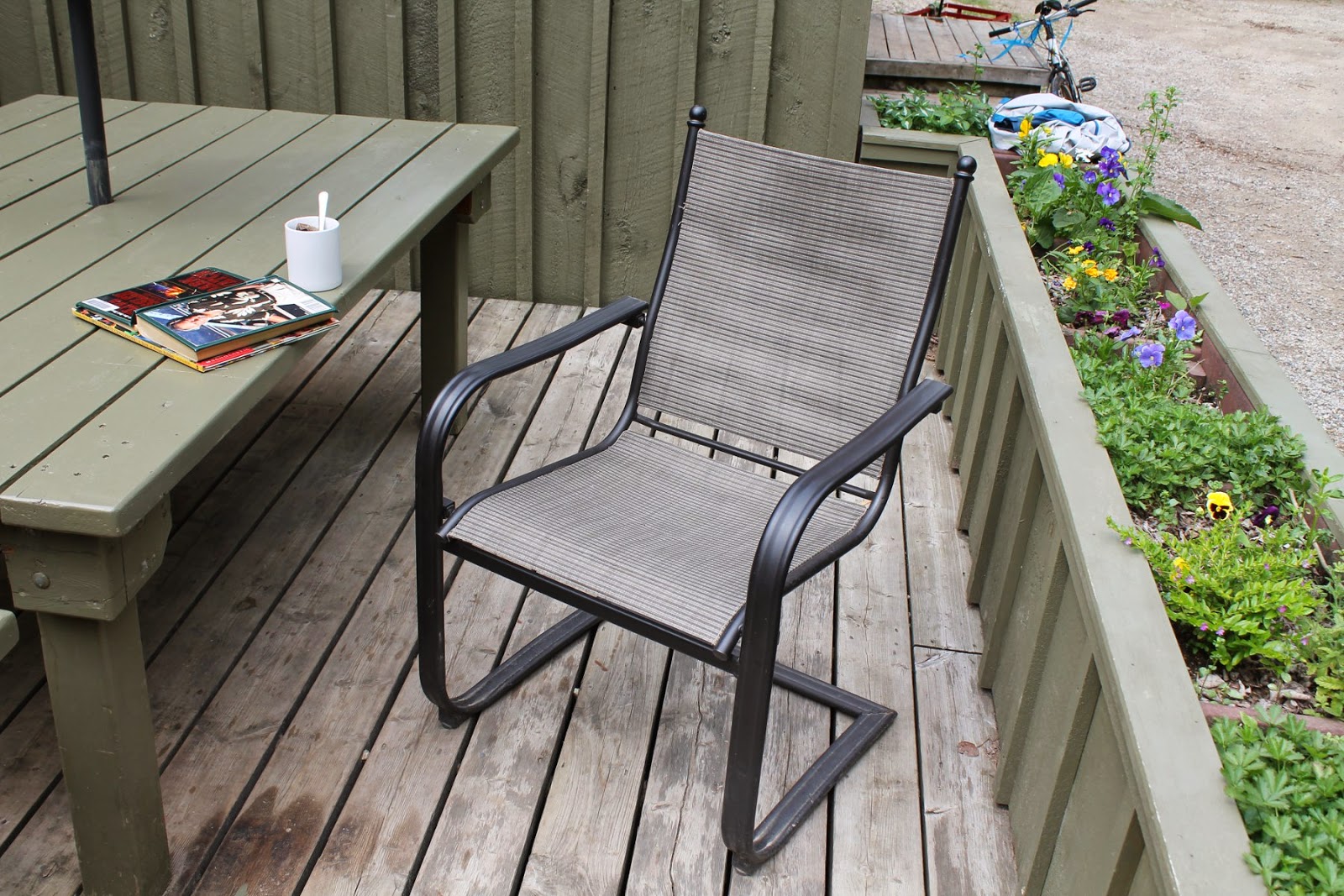 After that we spent the rest of the afternoon at the swimming hole. I kept commenting that I was so thrilled with how well Sam and Rachel did in the water. Rachel attempted floating on her own once, which was a little scary, but other than that they were both comfortable and enjoyed themselves. They had so much fun, in fact, that they were in the water for pretty much the whole two hours! 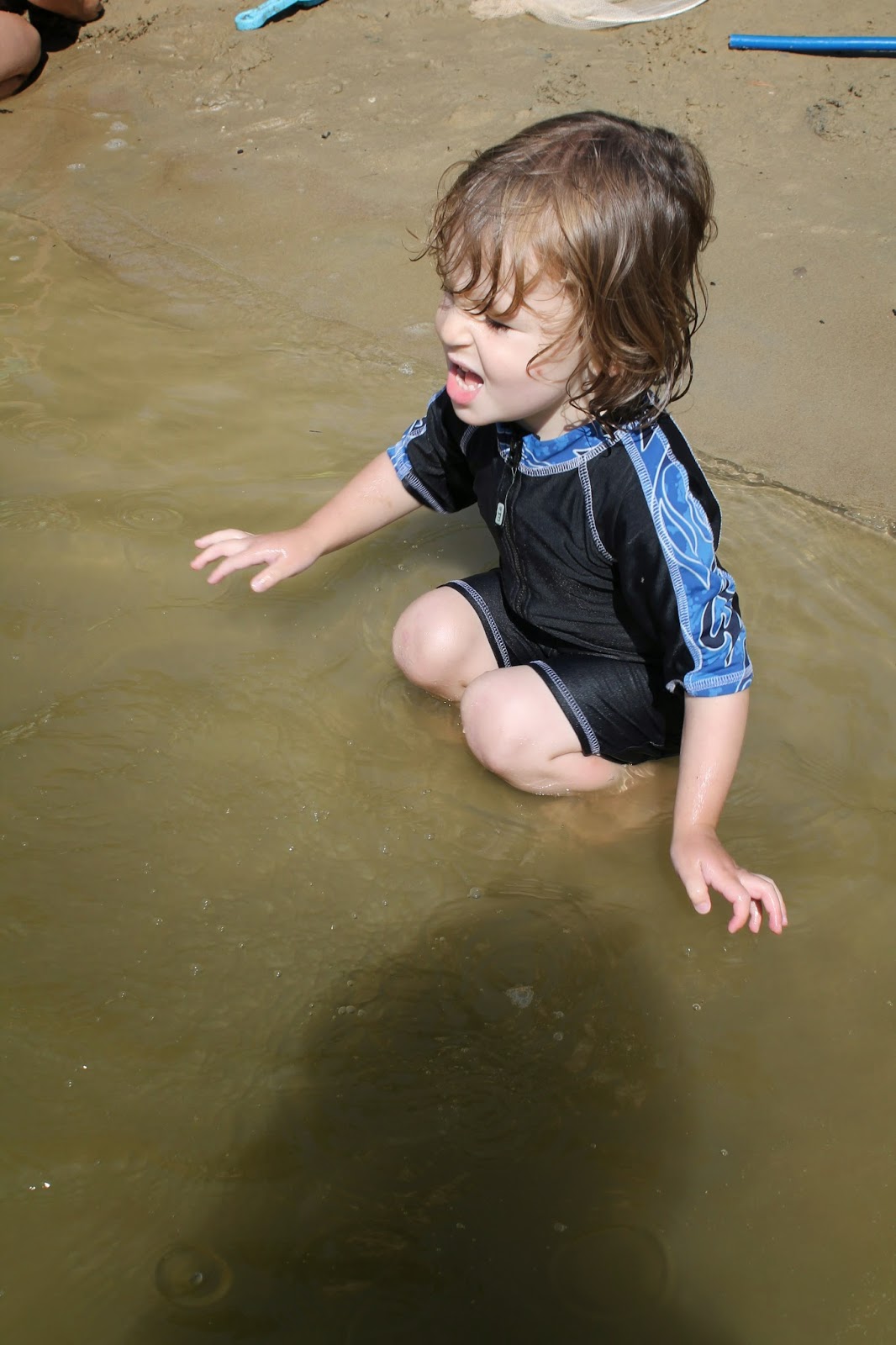 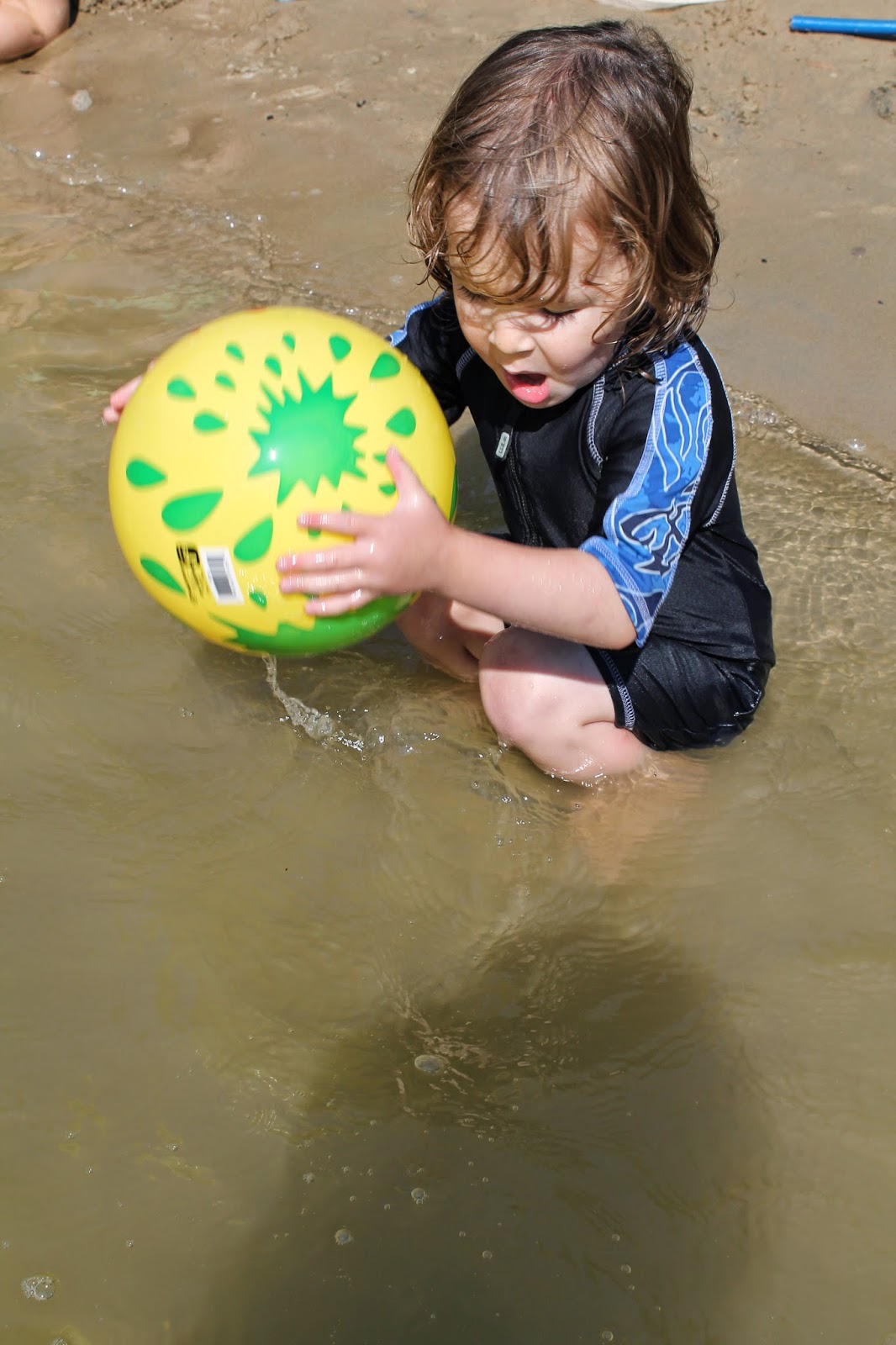 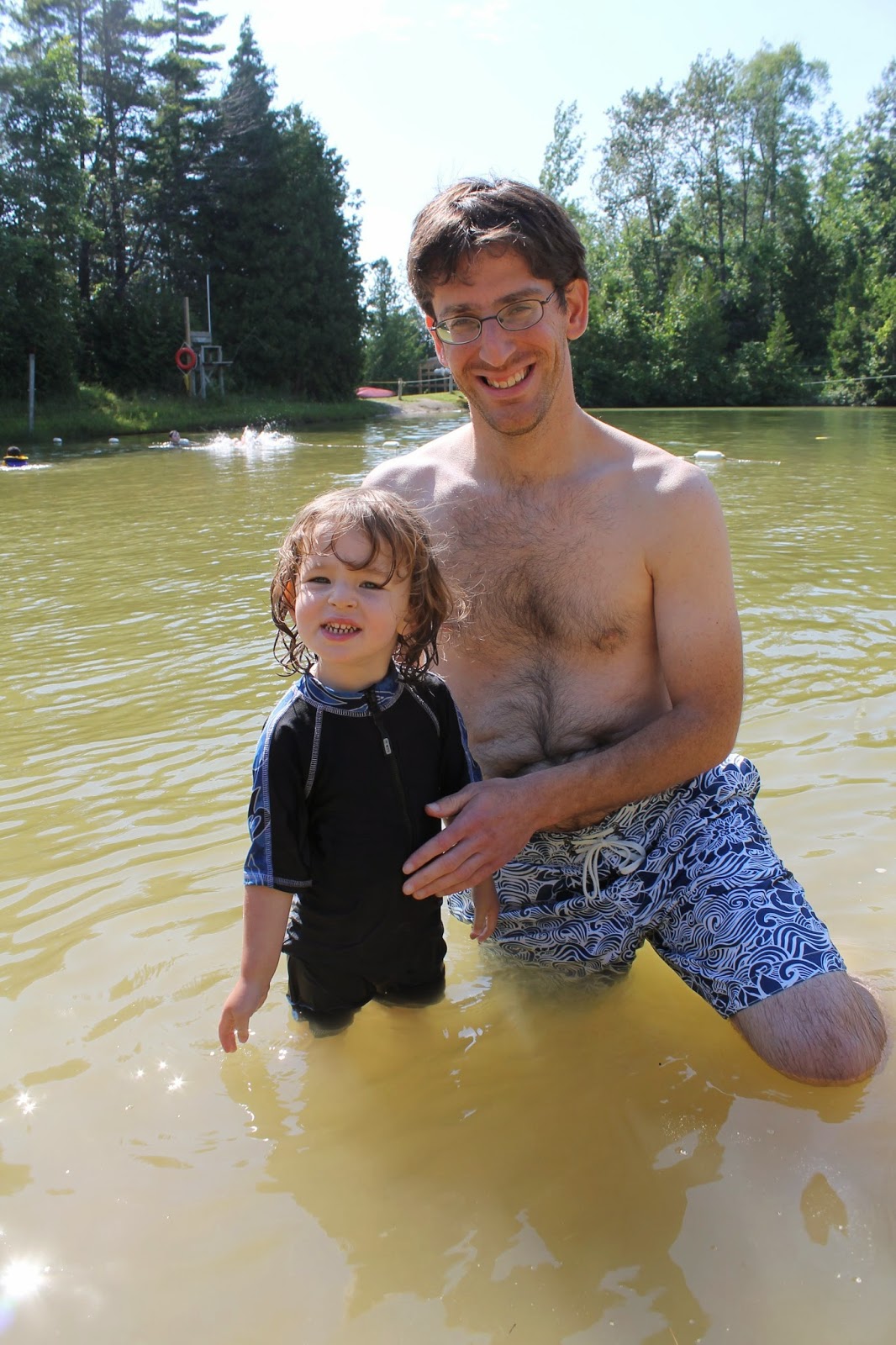 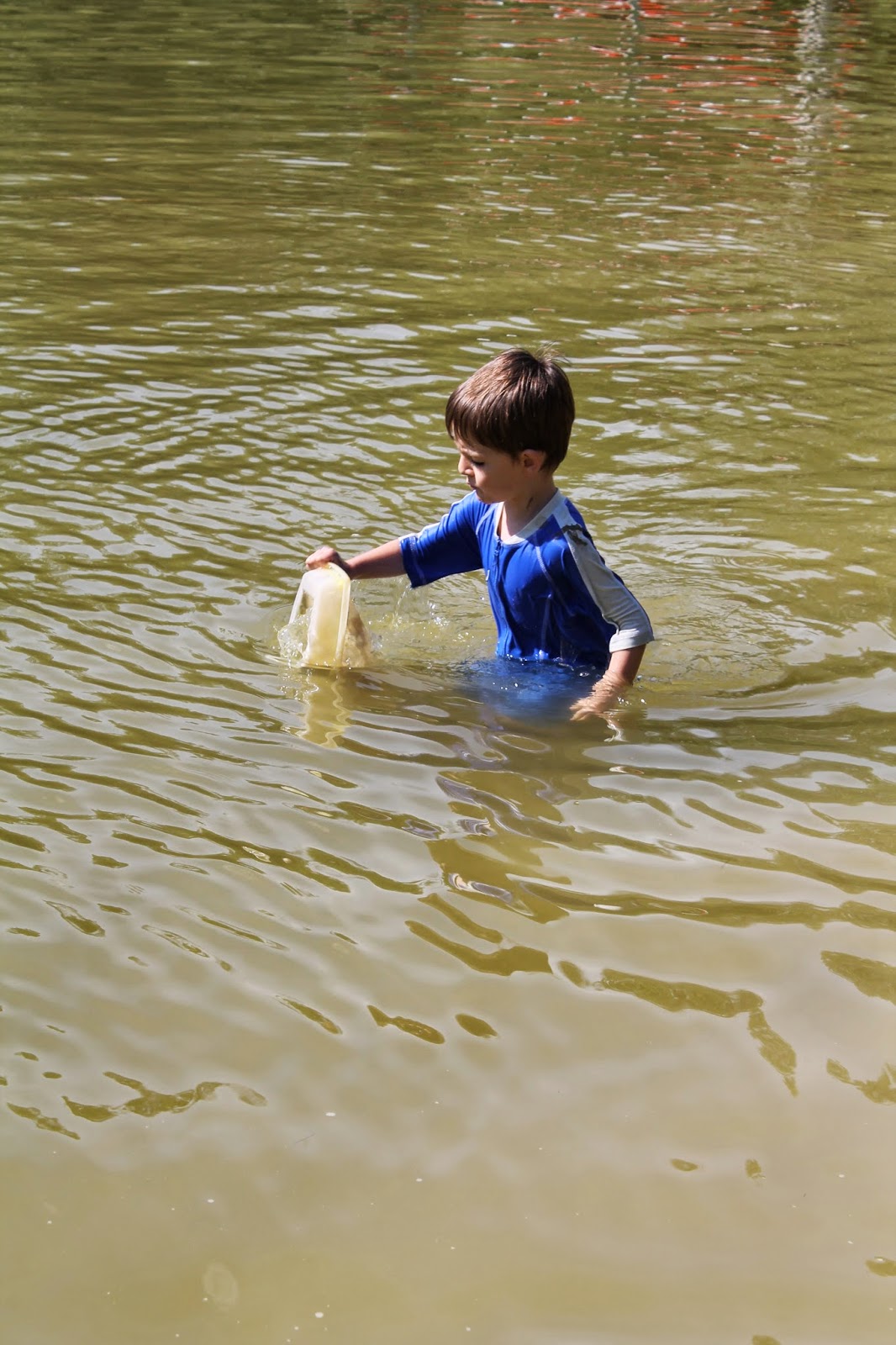 Rachel was so tired, she fell asleep during supper, but then woke up in time for campfire and evening snack. The second night of sleeping went a lot more smoothly and everyone even slept through the thunderstorm. 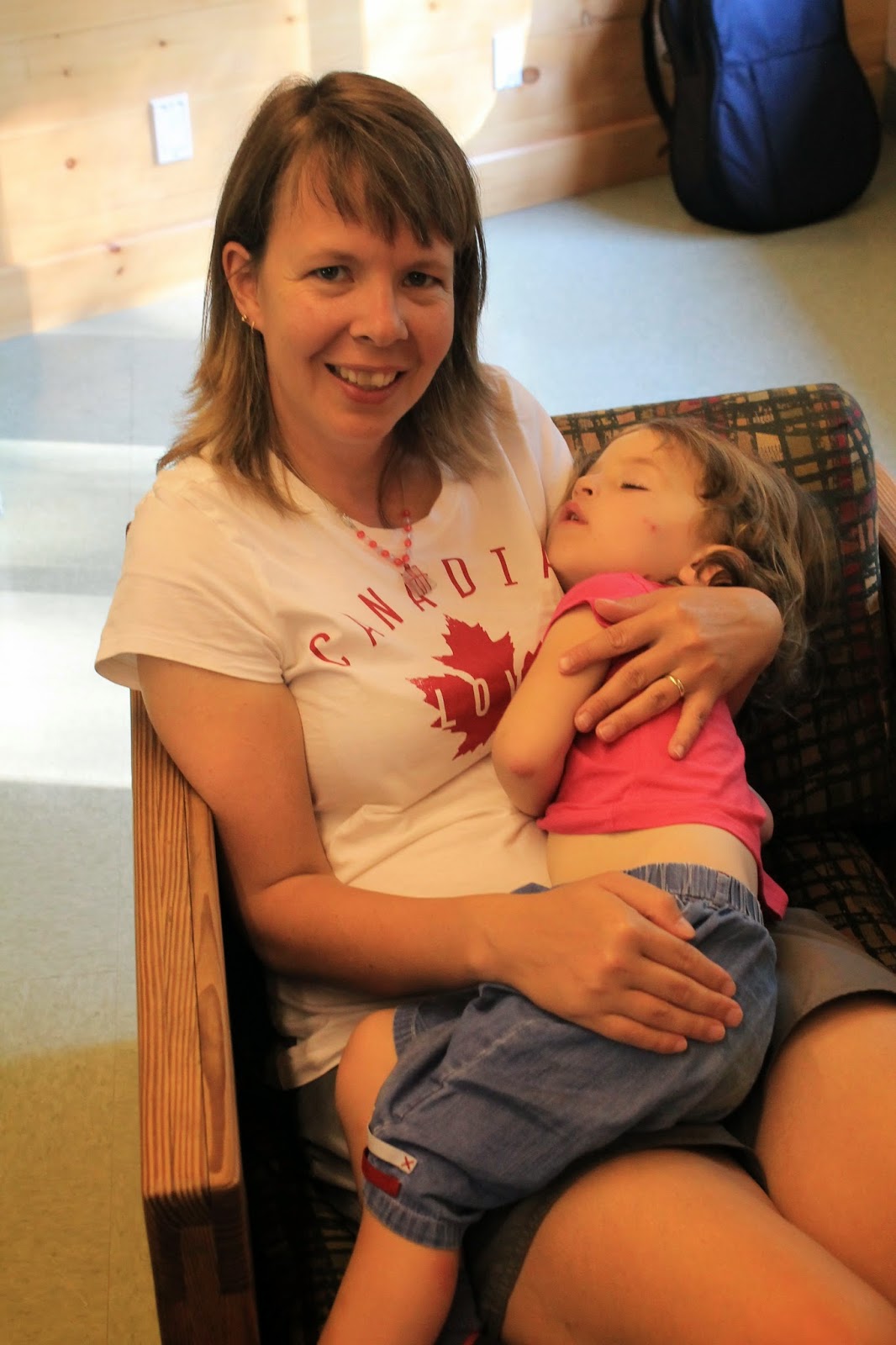 The next morning we had worship at the waterfront. It was a beautiful setting. The speaker had some people read a few verses from The Bible referring to bread, honey, and mustard, and then we got to taste them for ourselves and think about what we had heard. Sam also got to try playing a melodian which was used during worship.

After worship, we went and checked out the archery and the crafts. Rachel, with some help from Dave, channeled her inner Katniss.

I was just thrilled that I hit the target a few times. Twice in twelve attempts won't win me any awards but I still had fun!!! Also, once we got home and looked at the pictures, I realized that I really needed to aim down a little more :) 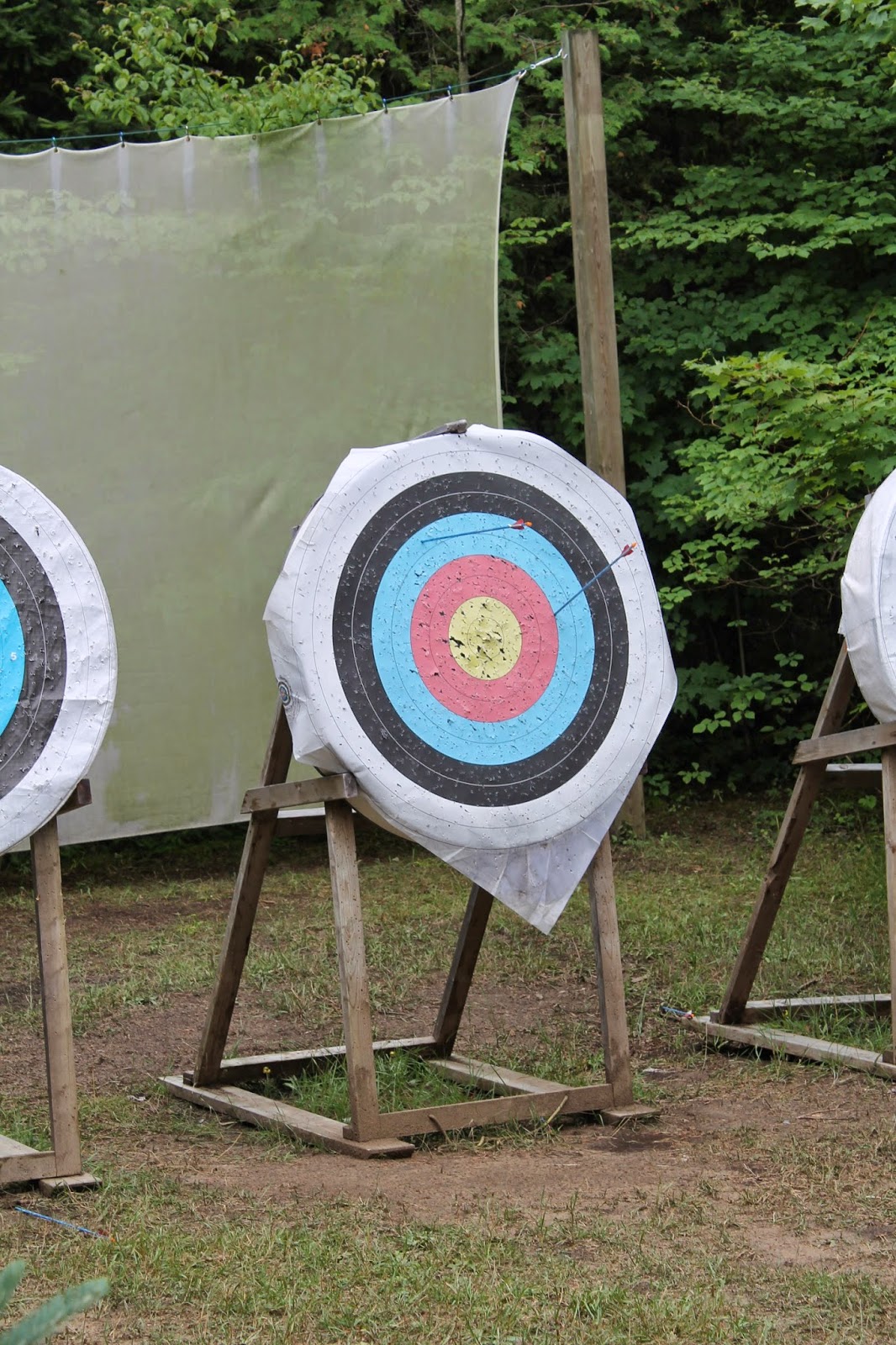 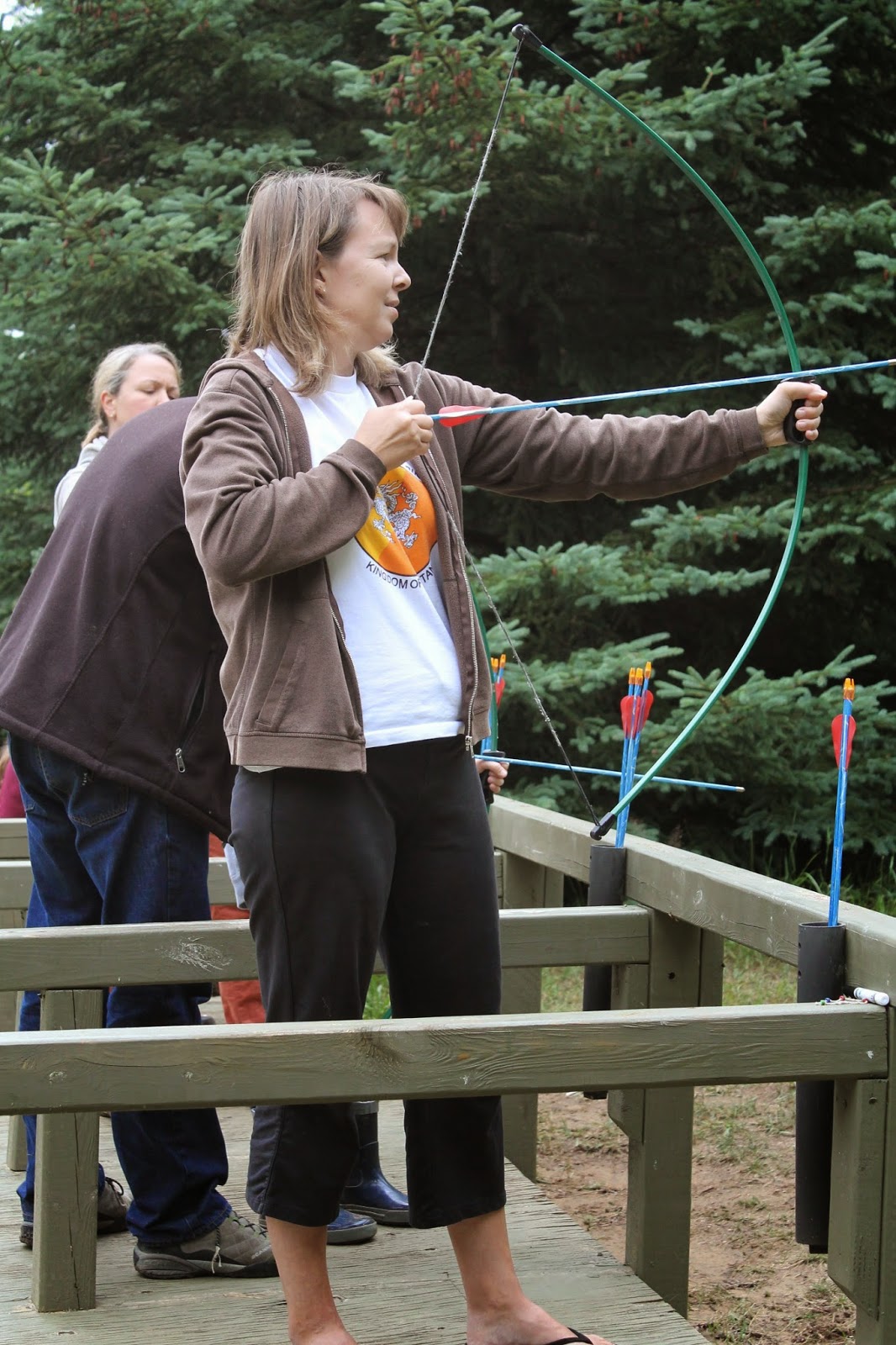 And we laughed so hard when we got home and looked at our pictures, and realized Sam had his eyes closed whenever he let go of the string! Ha ha ha!!! 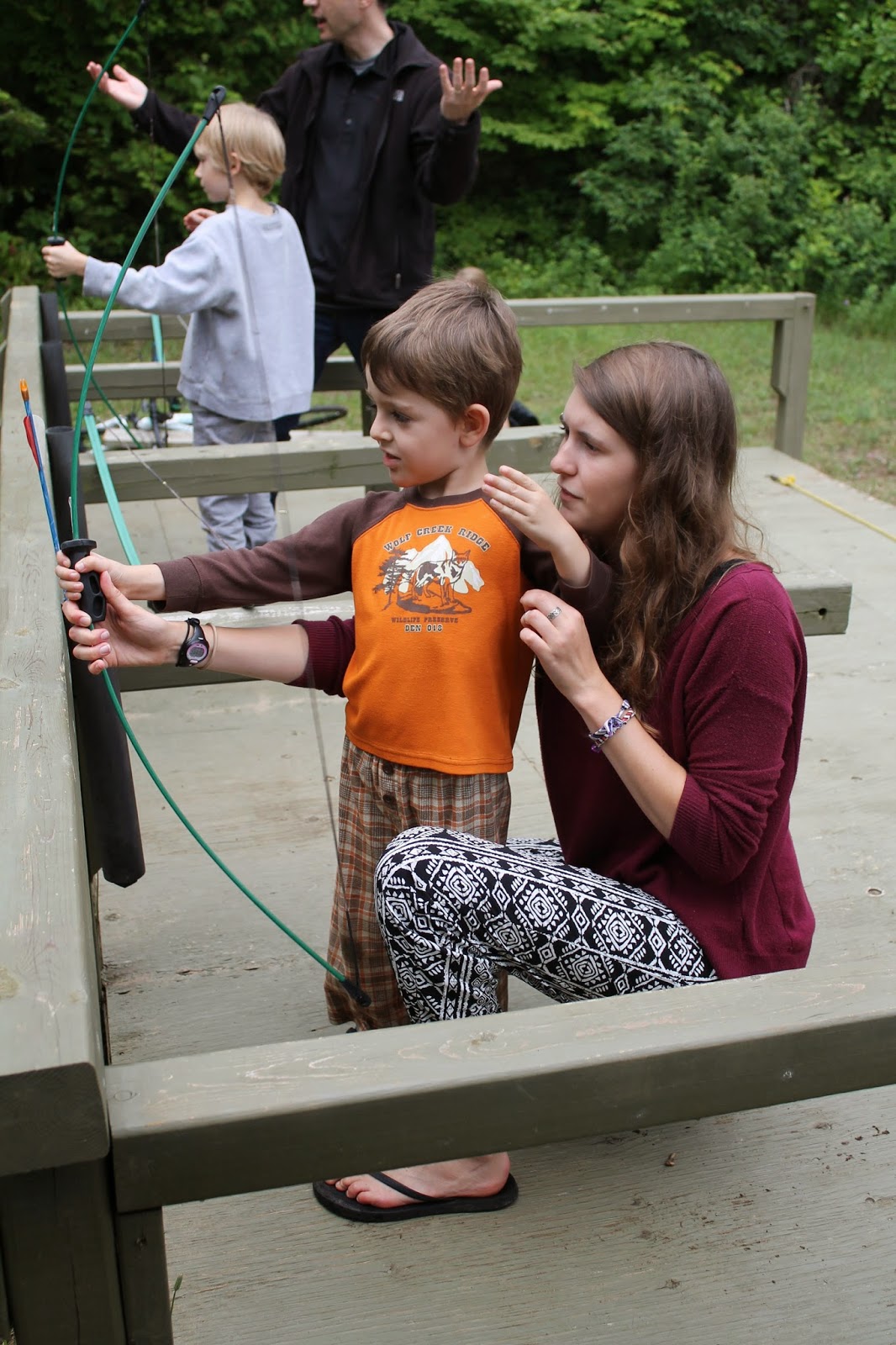 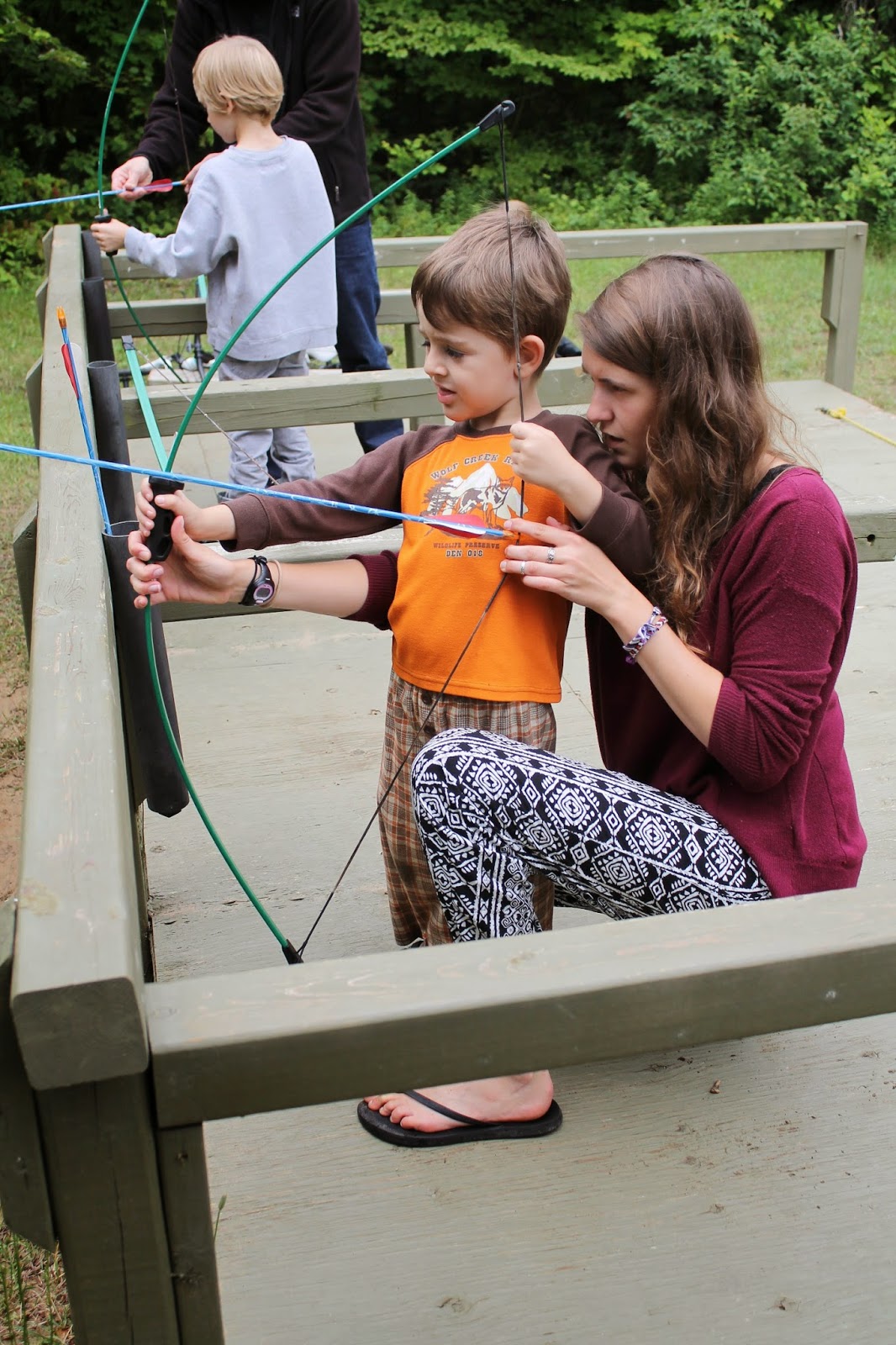 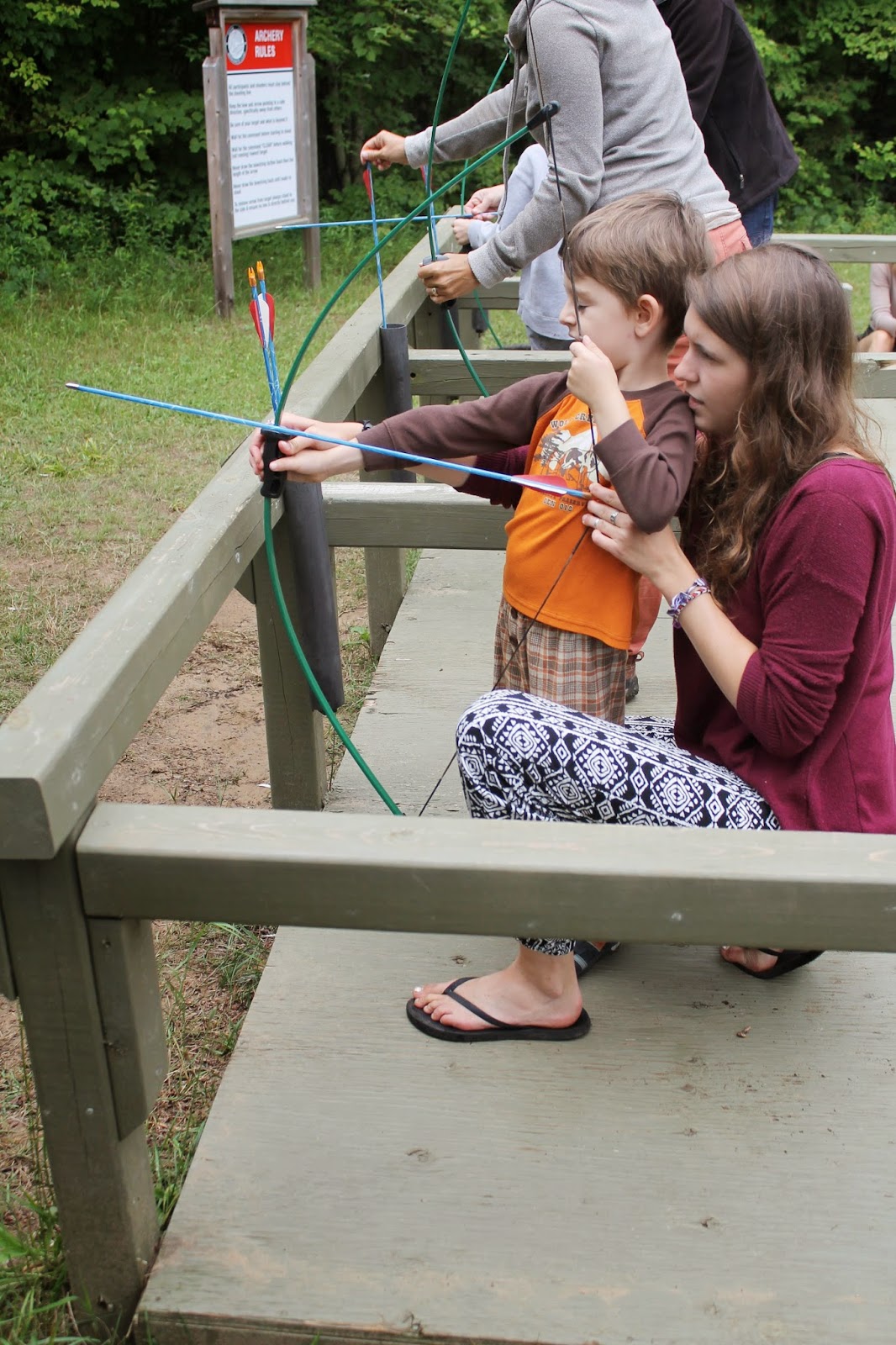 Rachel painted a pink Funny Bunny in Crafts and then we had lunch and headed home. We had a lot of fun and are already looking forward to next year! The post title is the song Rachel made up, and sang, for about half an hour on the drive up, which wasn't at all annoying!
Posted by Natasha at 08:37