A Museum, Of Some Sort

So I know I've complained about this before on the blog but here I go again. The city where I live has three completely different museums. One is called The Museum, one is The Waterloo Region Museum, and the last one is the City Of Waterloo Museum. It's not at all confusing.

So on Sunday we went to The Museum, which was formerly known as "The Children's Museum" and is geared towards kids. Sam and Rachel LOVED it. Dave and I had fun too! 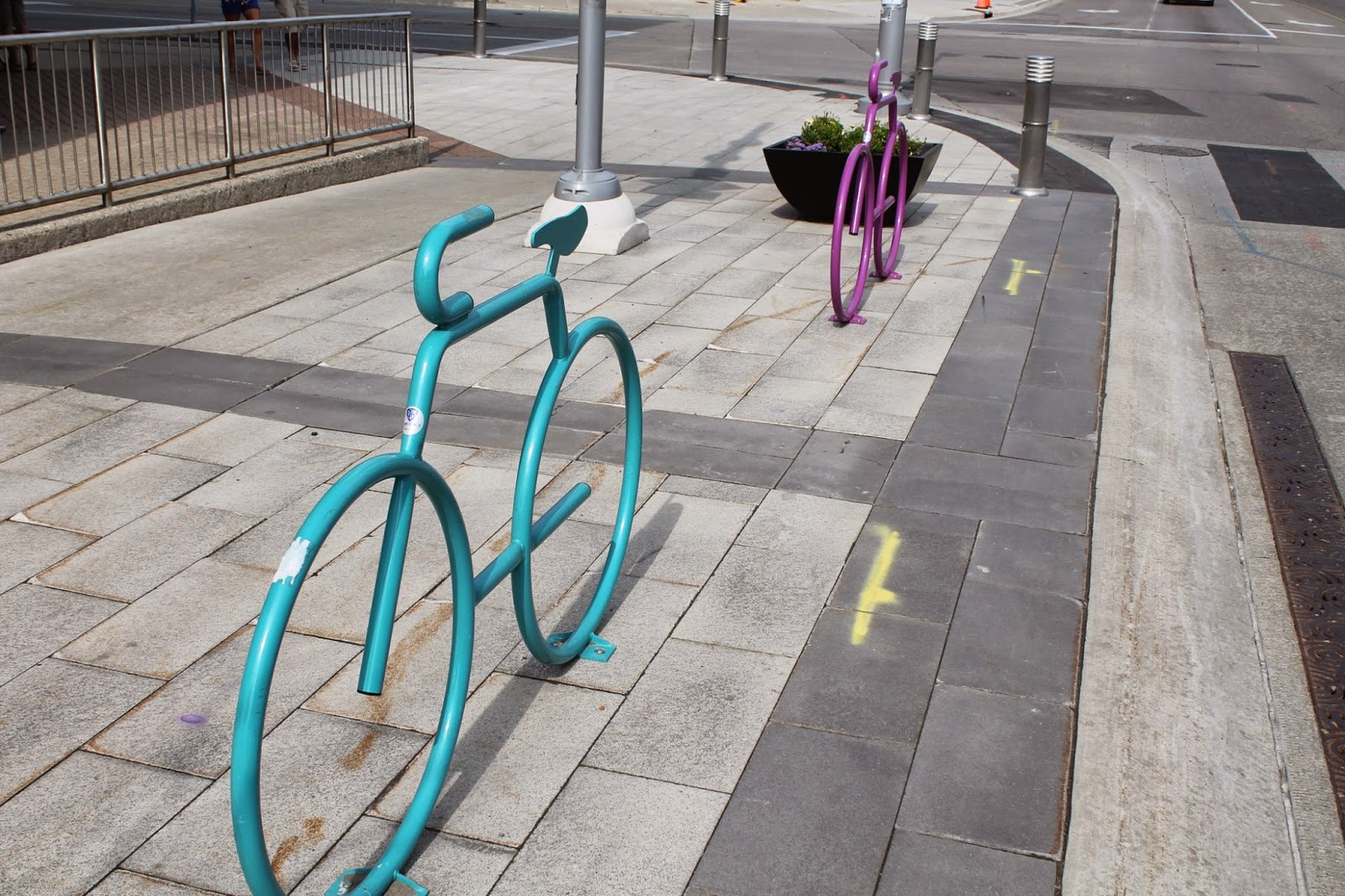 We walked and Sam and Rachel got a kick out of these bikes, which are meant for people to lock their bikes to. They loved finding all the different colours. 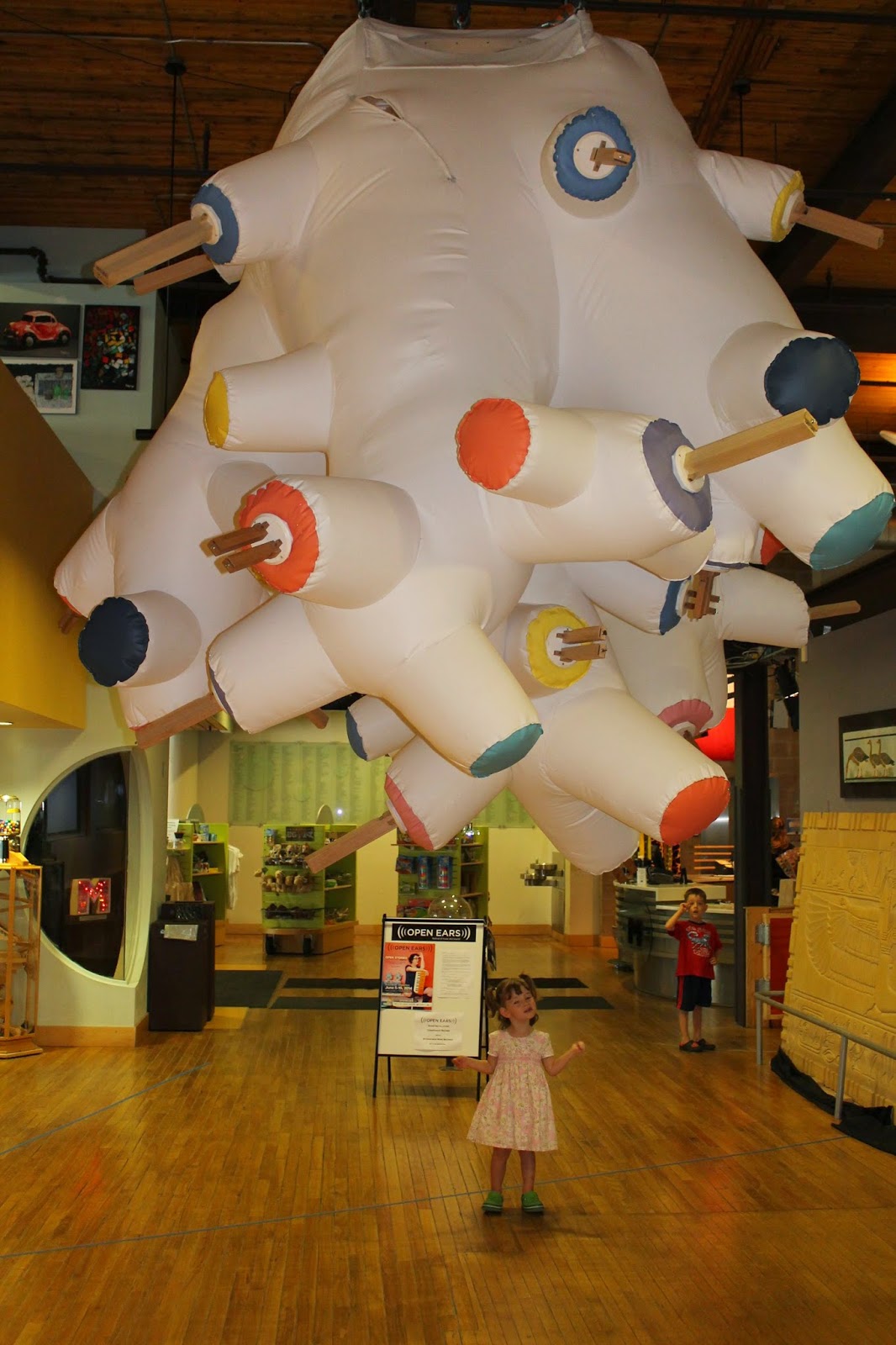 This was a weird thing which played music when you walked under it. It was a little odd. Dave just described it as a "giant mutant cow udder" and I think he might have captured the spirit of the thing!

Dave had fun being an alligator and doing karate moves behind the shadow screen! 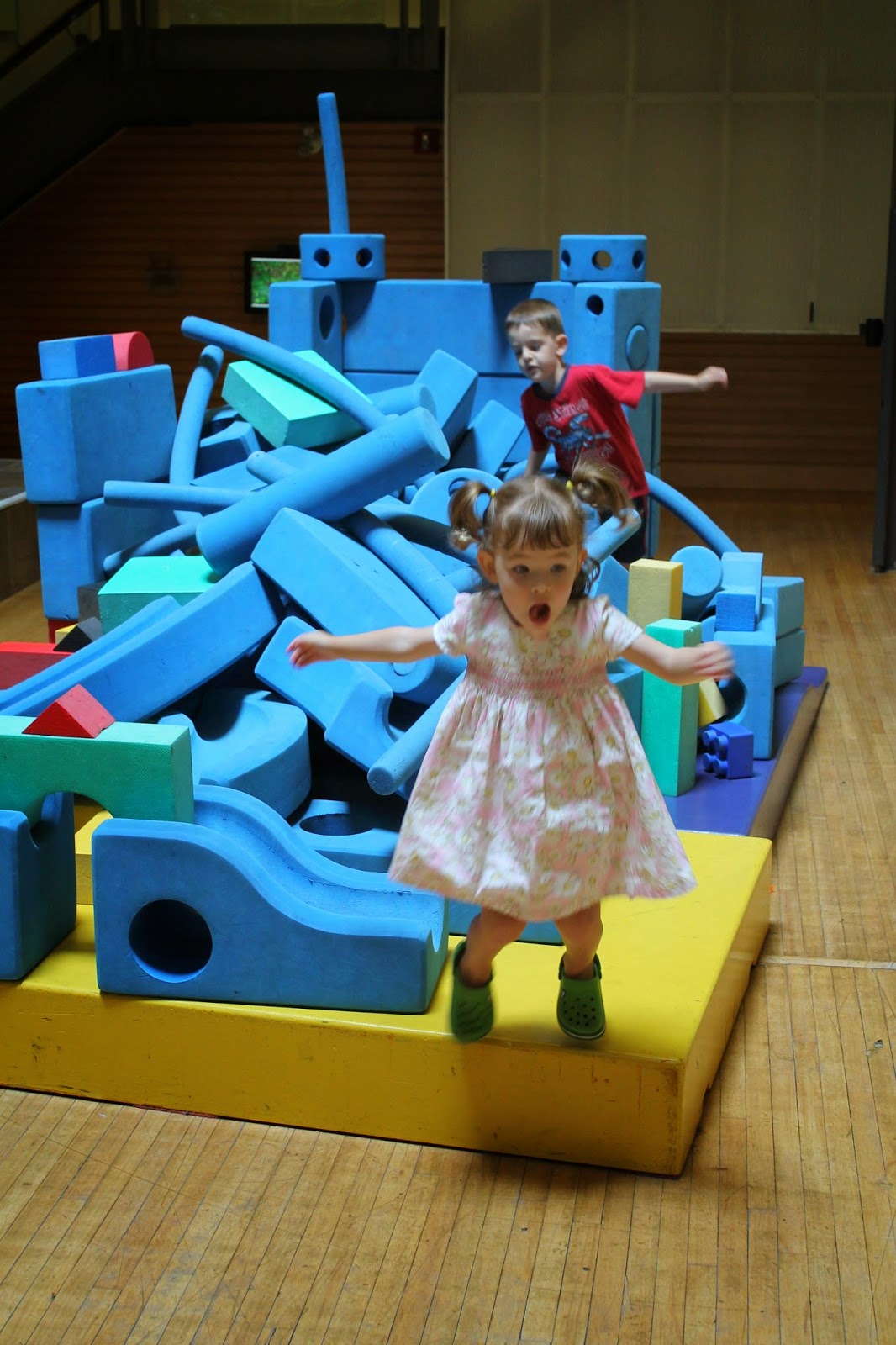 We all had fun with the foam blocks. Sam and Rachel built things, demolished things, and generally had a blast. We spent almost an hour just hanging out here. Rachel's expression in the last picture makes me laugh so hard!!!

I took some pictures around the museum during the hour of foam blocks since I wasn't as amused by them as other members of my family. I liked this plant wall, and I was amazed that the Campbell's Soup Picture is actually 570 Rubik's cubes. Someone had a lot of time on their hands :) 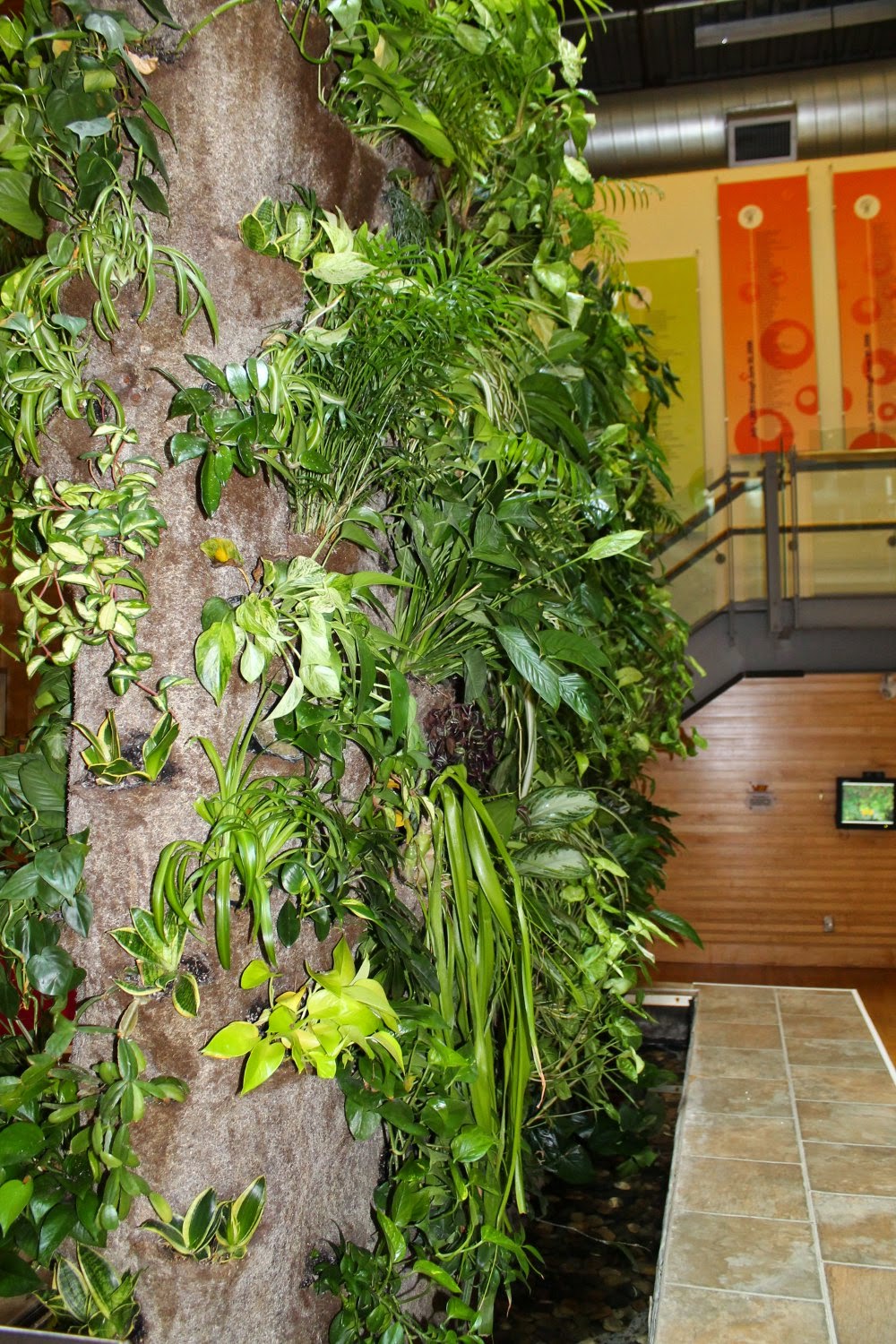 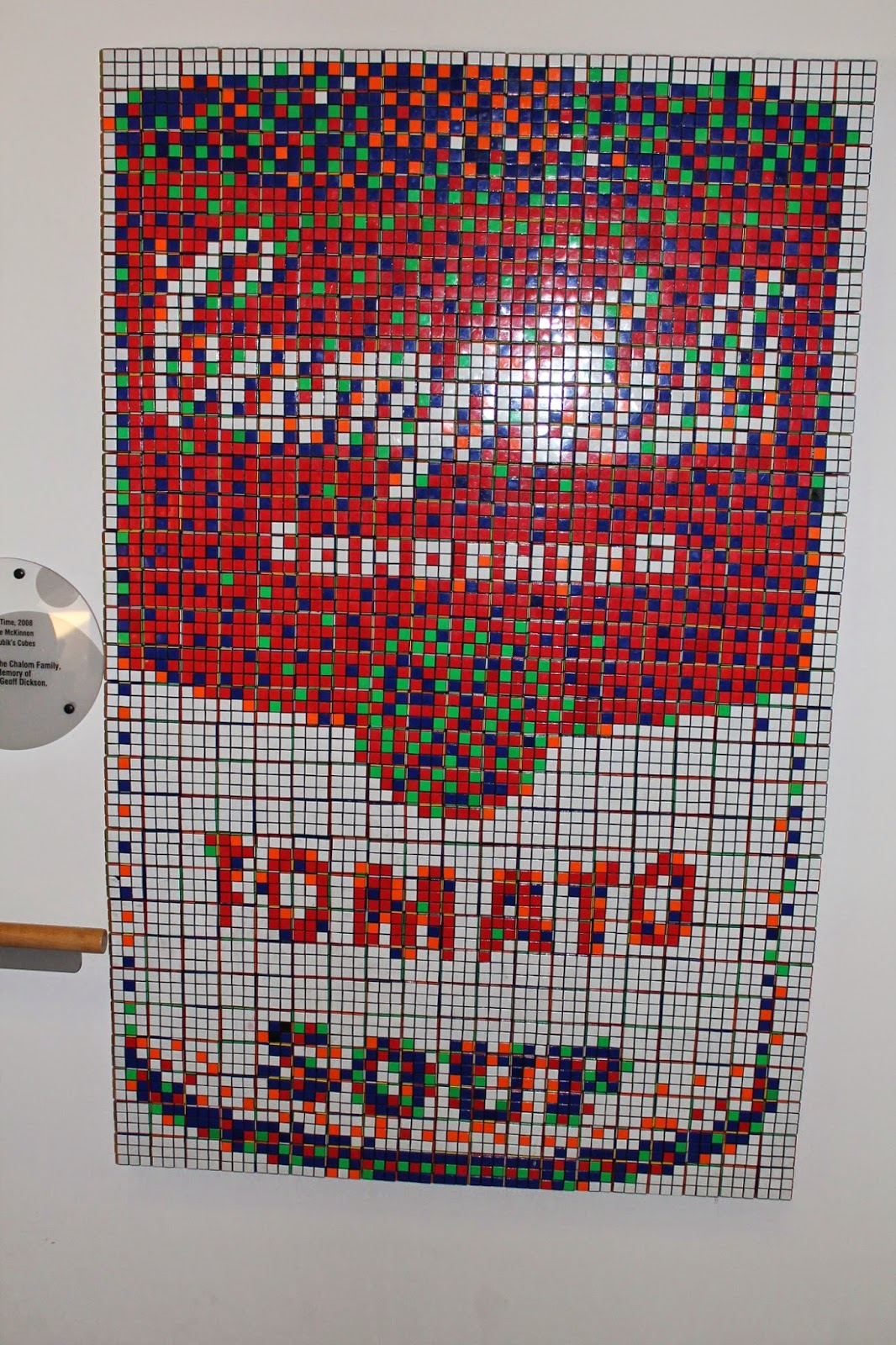 Since Justin Bieber grew up about forty minutes from here, he's kind of a big deal around here. For some people, that is. 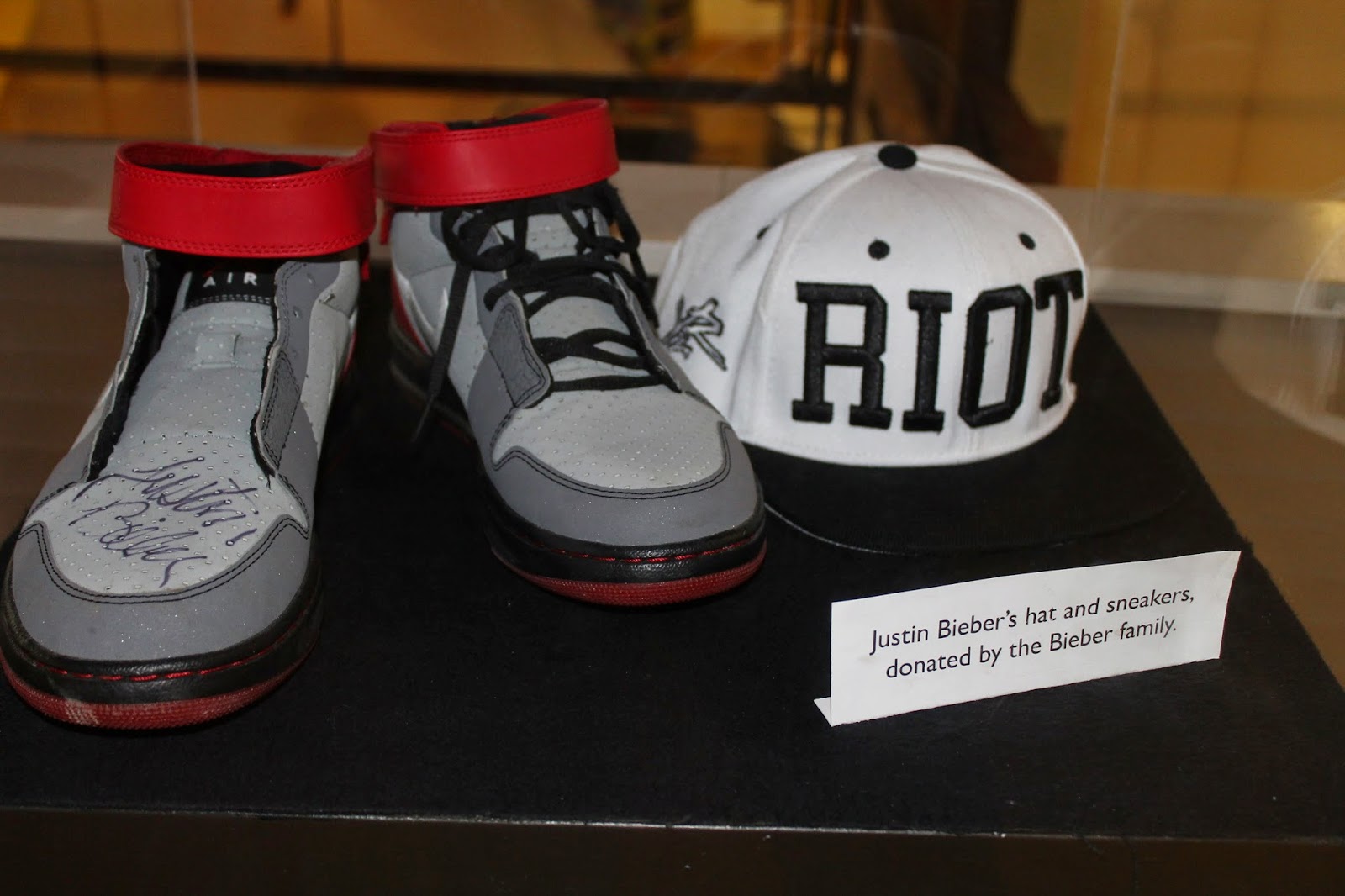 And Dave and I weren't sure how to take the slogan for summer camp. Will you have fun or not? Is fun allowed? We were a little confused... 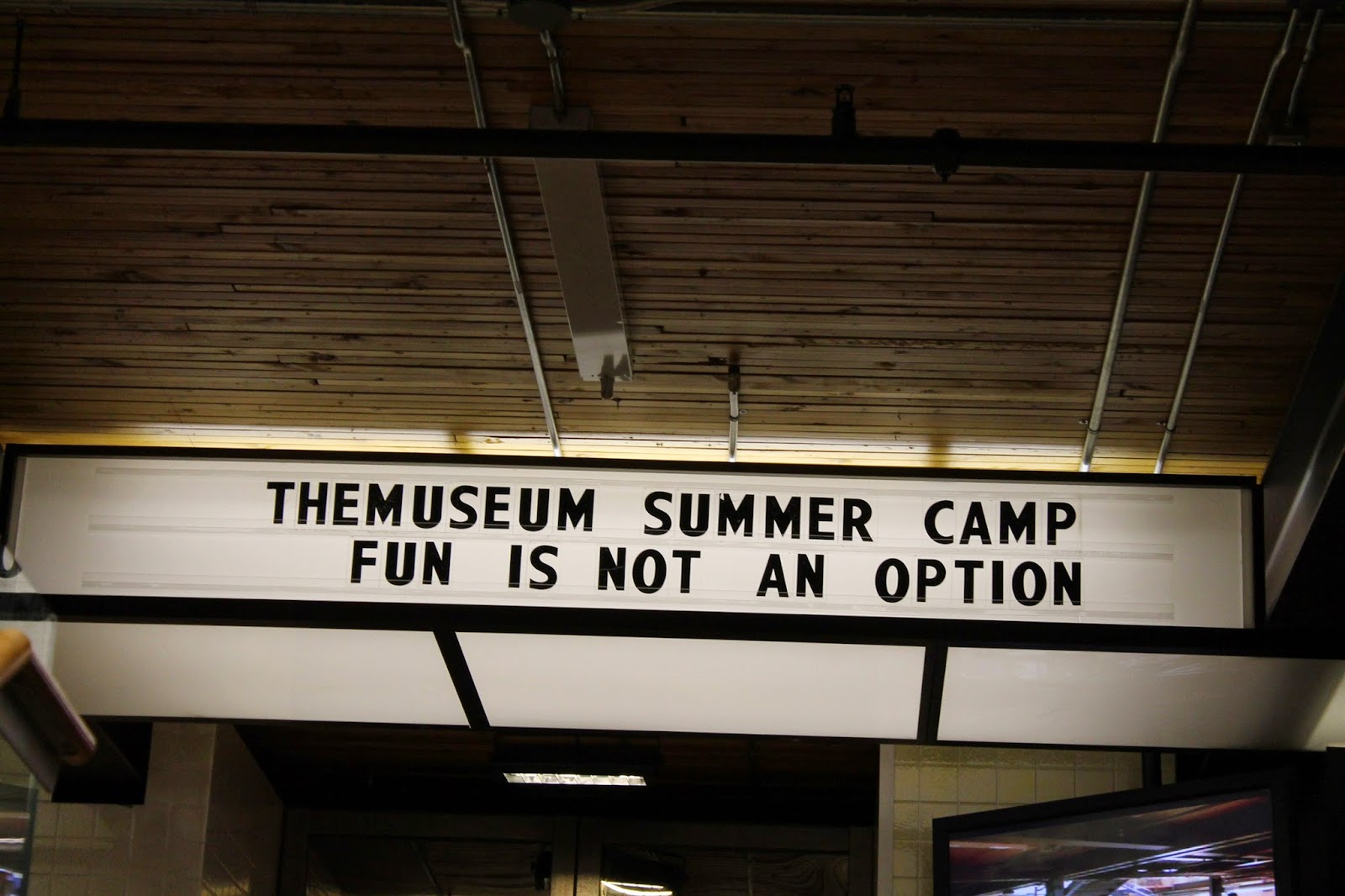 Eventually we made our way to the second floor where Sam and Rachel set up a maze... 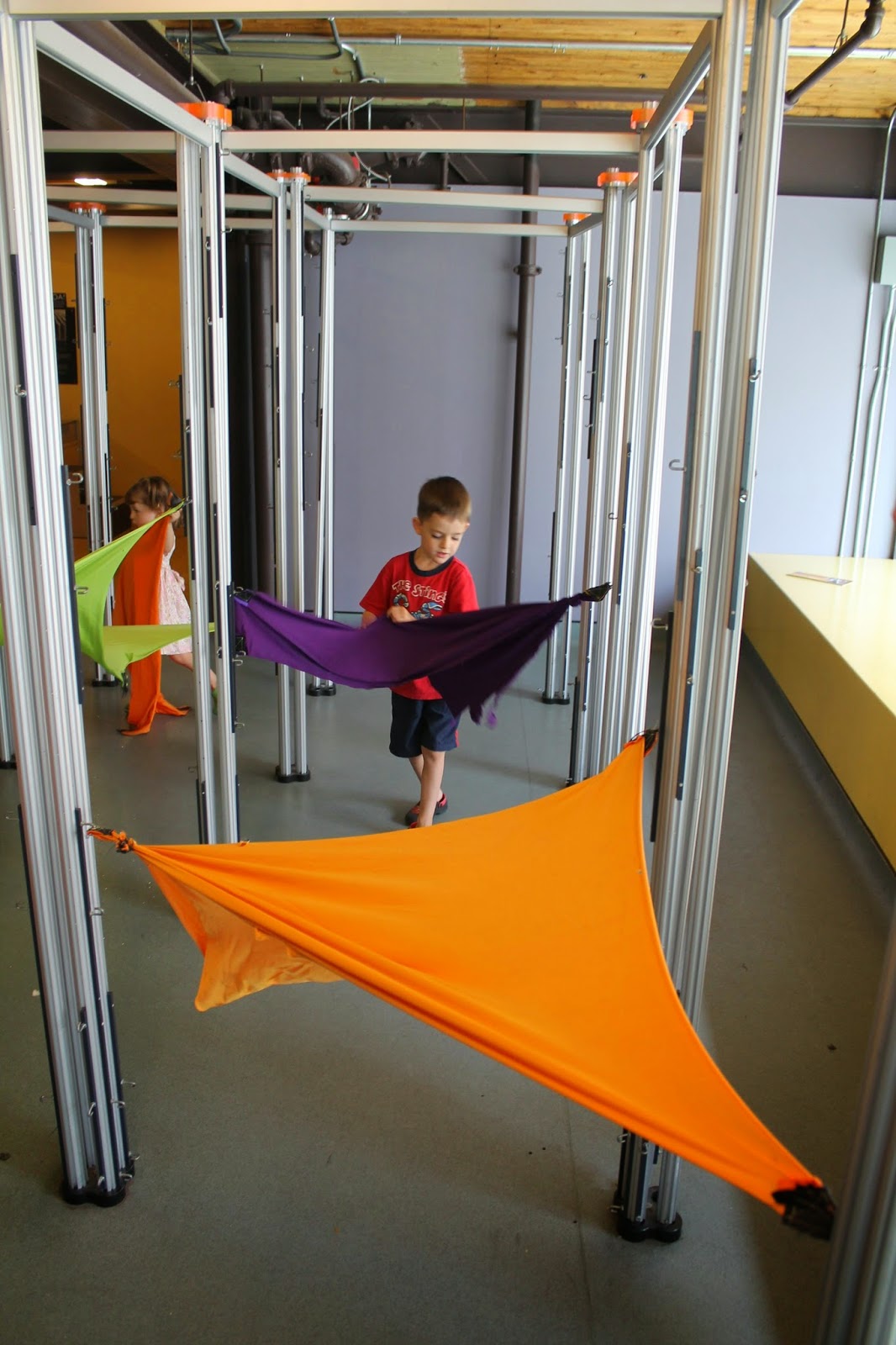 ...where Dave and I might have gotten slightly competitive about who could make the fastest boat race course. 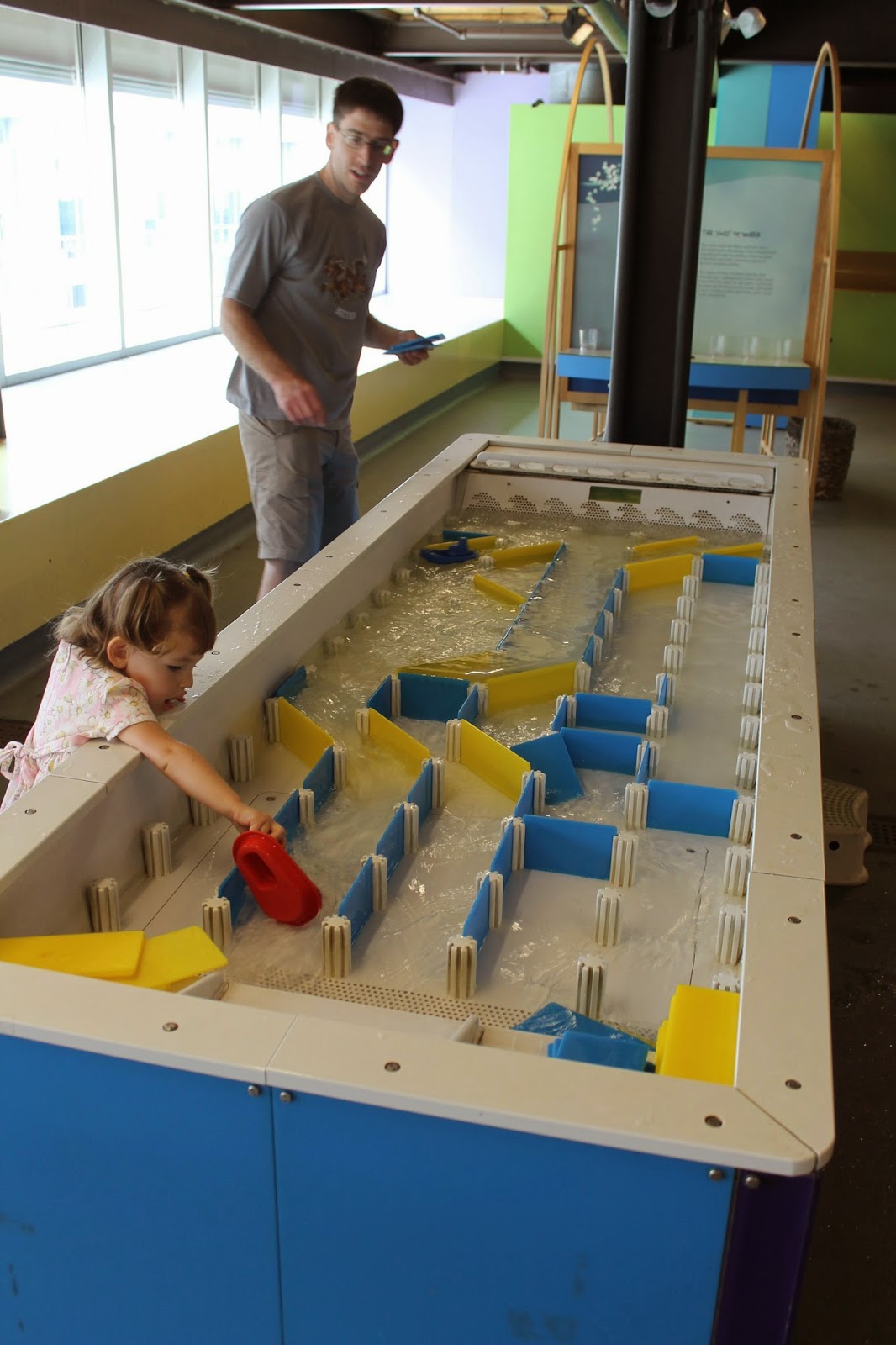 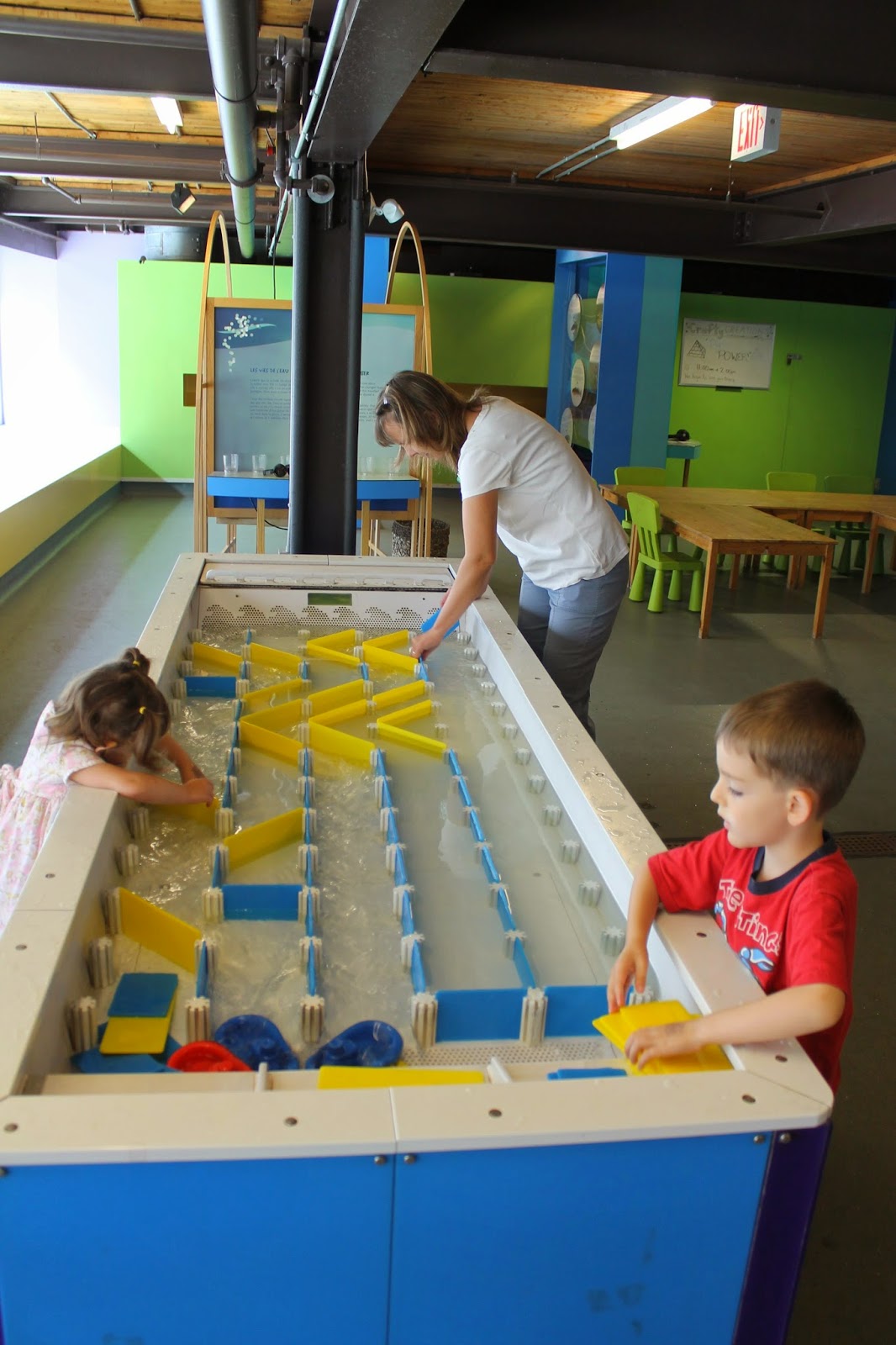 ...where Dave discovered that a bed of nails might be comfortable if you don't weigh more than an eight-year-old (Check out the nail marks on the back of his leg.)... 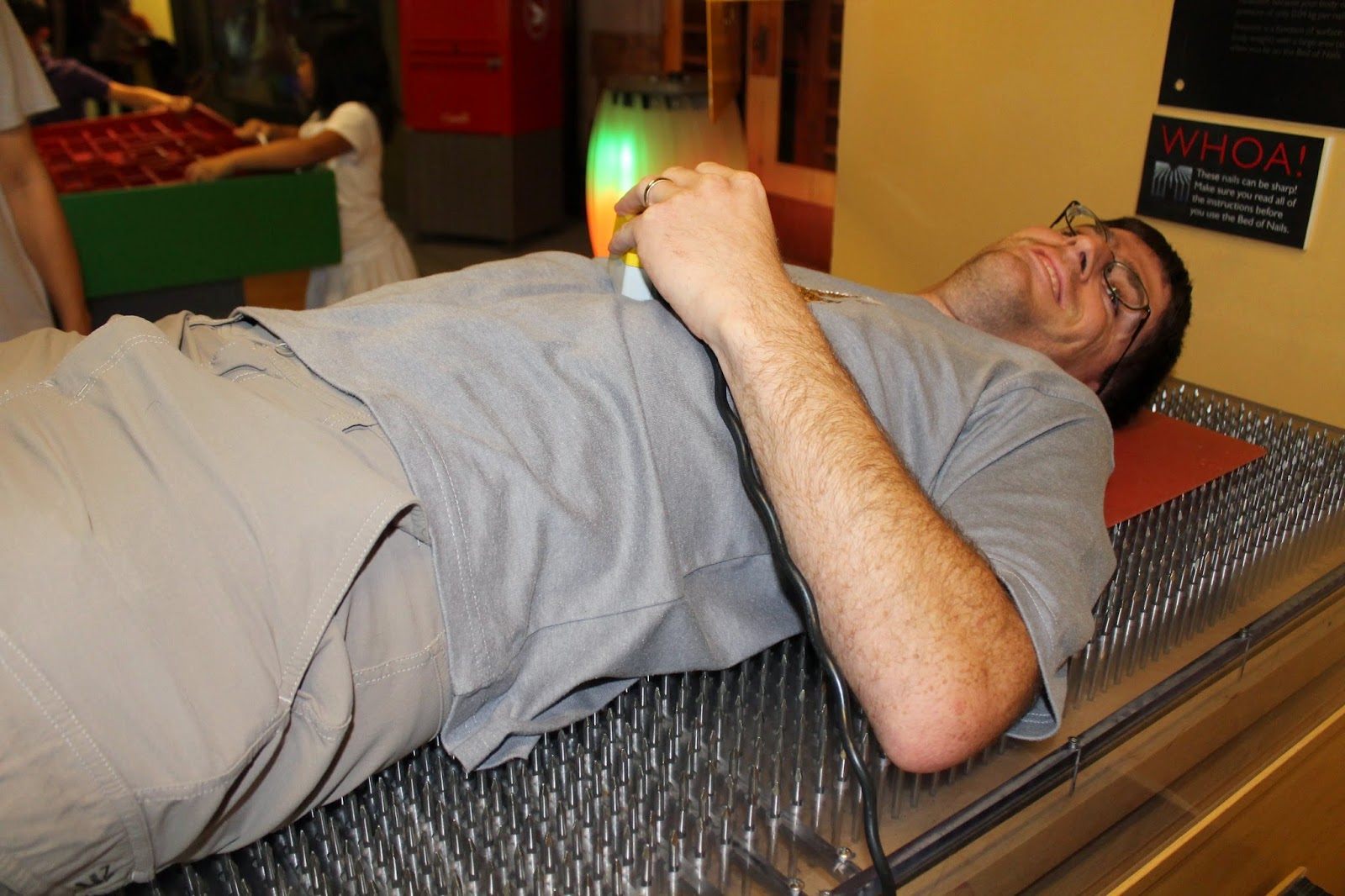 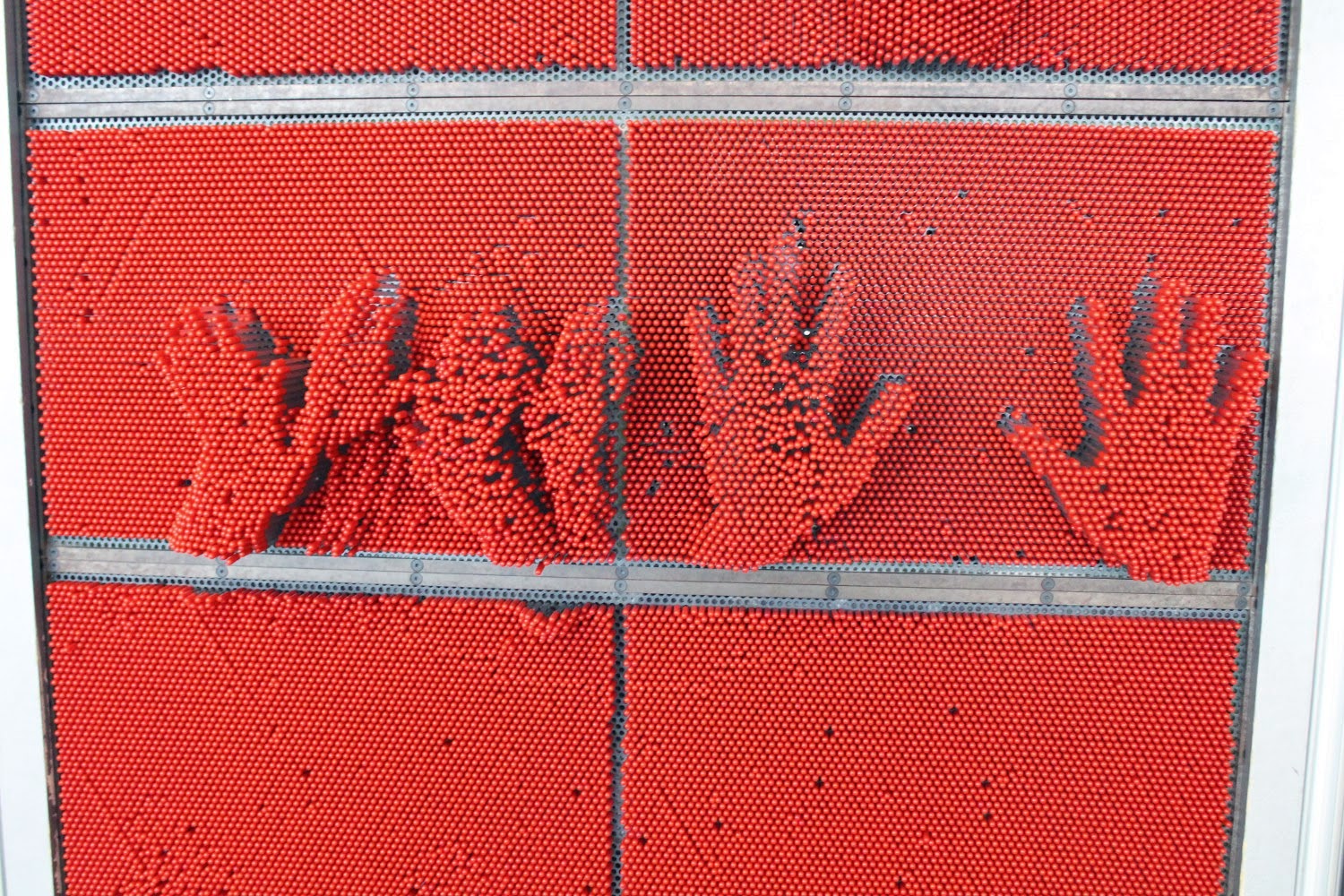 ...and where Sam was encouraged to spray paint. I'm sure that will come in handy someday. 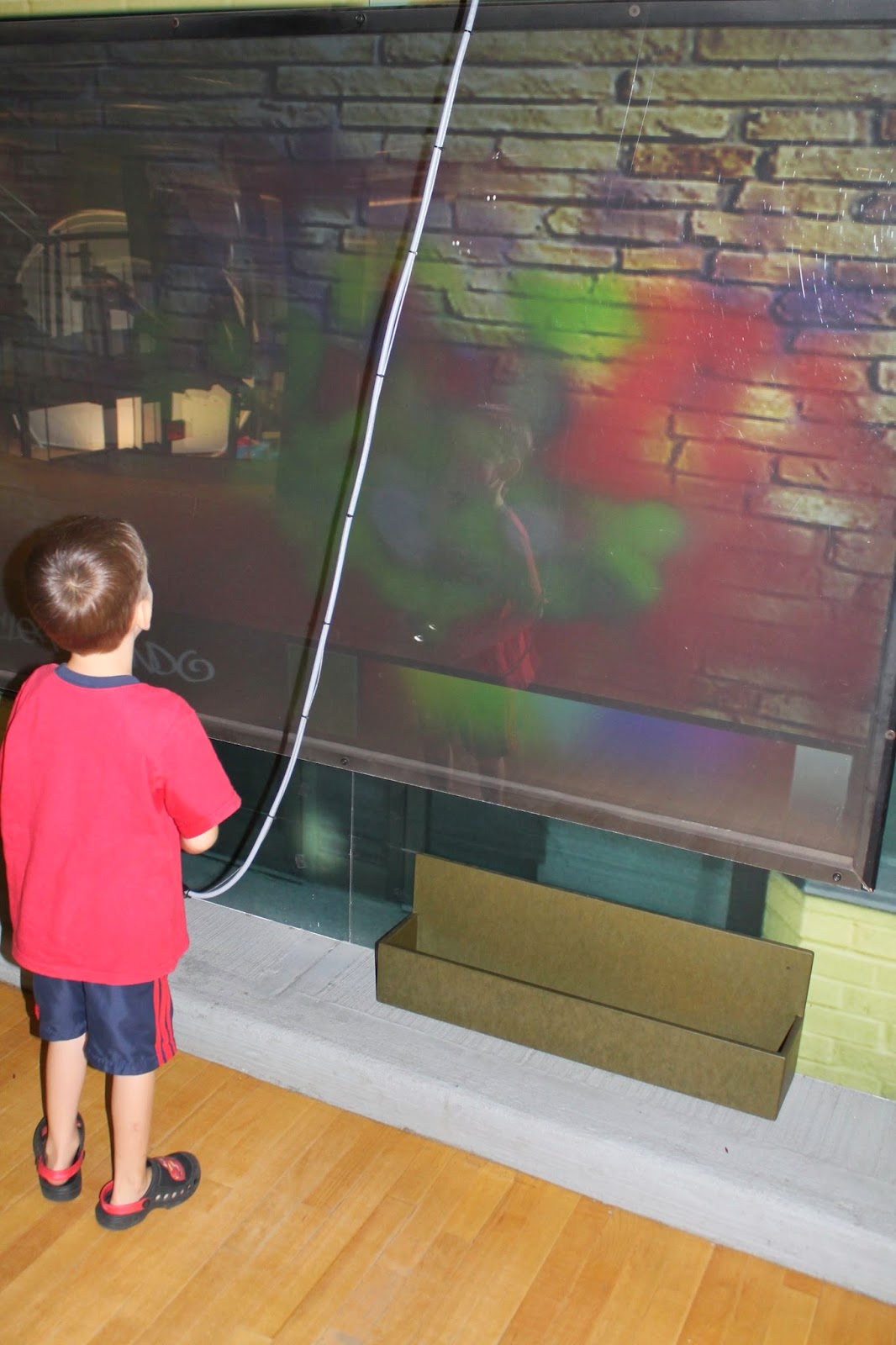 We also attended the star show where I was reminded that Jupiter's big spot is a huge storm, and that Mars is red because it's covered in rust. Sometimes I think I need to re-learn Grade 5 Science. Of course I'll probably get that chance in about six years when Sam is actually learning Grade 5 Science. 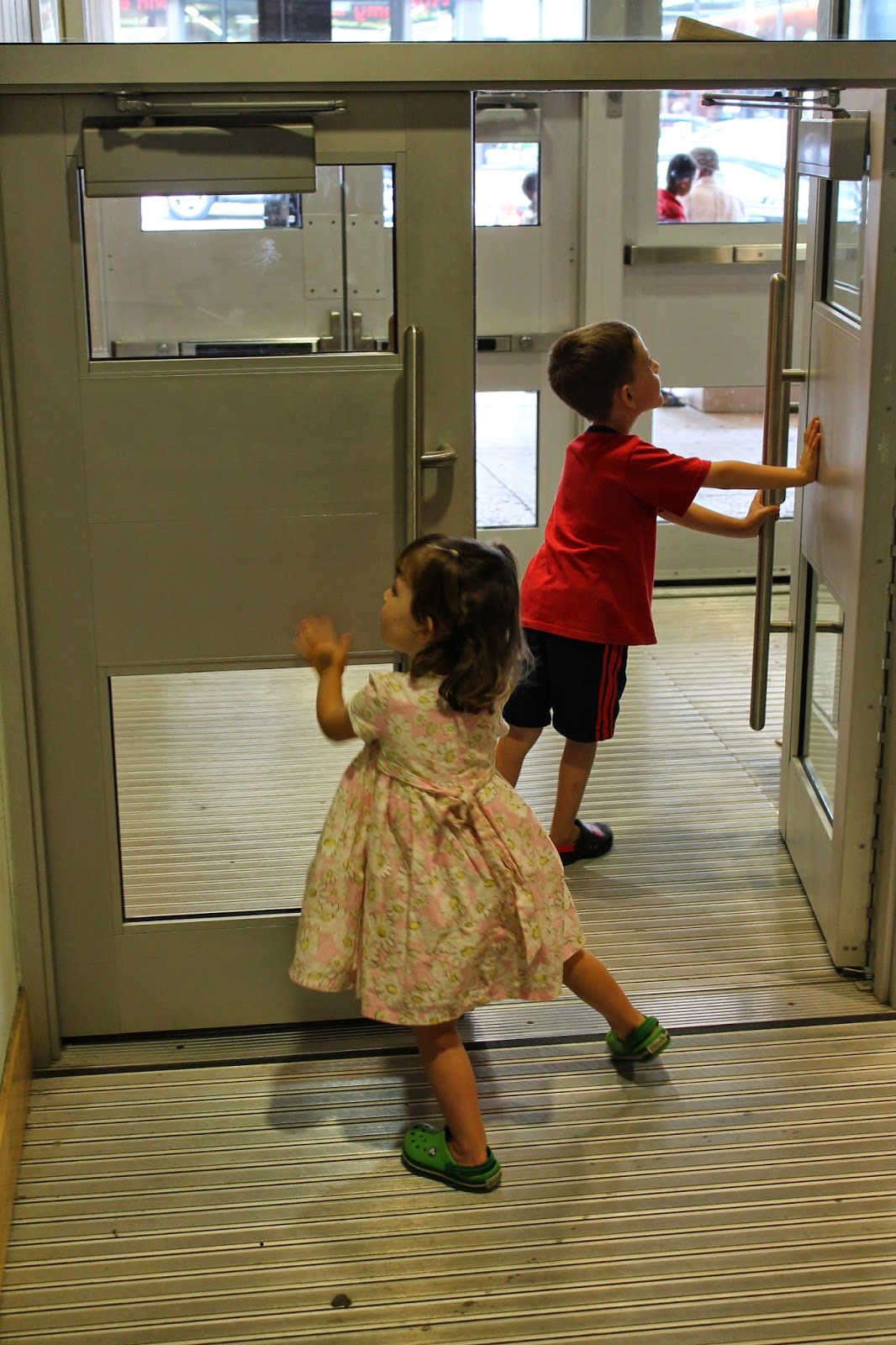 And after that fun-filled morning it was time to head home. Sam and Rachel love these kid sized doors. It was a good morning and we're already looking forward to our next visit. If we can remember the name of it, that is!
Posted by Natasha at 07:20