I don't know how you sort your photos, but I sort mine according to the date taken and then with a little description. This past weekend's photos I titled "Weekend Excitement" but that is supposed to be taken sarcastically. Since all of us are fighting colds (to greater or lesser degrees), and the kids and I were exhausted from VBS, we had a low key weekend and, since it was so hot, we spent a lot of time in the basement.

Before all that "excitement" happened though, Dave and I did get a small date. We went to The Works. Of course, we had to have The Tower Of Power, but after eating so many onion rings, I was not all that excited about my burger. It was a portobello mushroom with Havarti cheese, red peppers, and some other stuff. 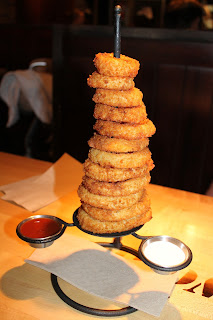 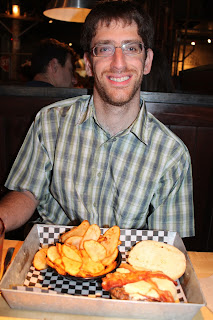 Here's my The Works dilemma: I always get the same thing. However, I feel like with so many options on the menu I should branch out. But I don't like the new things I get. Do I stick with my tried and true favourite? Do I keep branching out just in case I find a new favourite? What do I do?!?!?!

After The Works we did exciting things like buying coffee and starting to shop for a potential new chair for our living room. The romance just keeps on coming :) 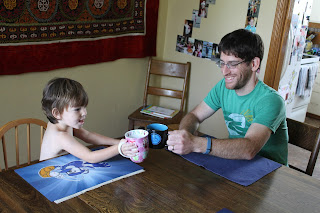 Saturday I might only have stepped outside to do some grocery shopping (because, among other things we were out of ice cream and I wanted some to eat with fruit) and hang out laundry. It was nice to have a day to putter around the house and get random things done. (This is code for: My day was so boring I don't even remember what happened!) 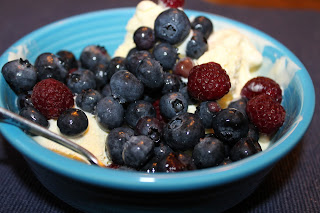 On Sunday both Dave and I woke up feeling pretty awful so we skipped church and got more things done at home. I even got a few things half done from my 25 Things To Do List!

In the afternoon we celebrated National Ice Cream Day with Tim, Janice, Tessa, and Willem. Due to conflicting vacations we really won't see them again until mid-August. Although Janice and I might have to squeeze in some time to get her a FitBit! Yay!!! 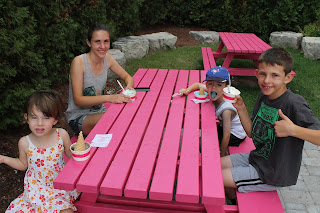 We did try to check out the Jazz Festival being held in our city but we managed to get there half an hour before the last concert started, and we decided it was too hot to stick around and wait for it. Instead we decided to watch some baby ducks and Sam and Rachel scammed as much free stuff as they could from a display encouraging people to bike more. 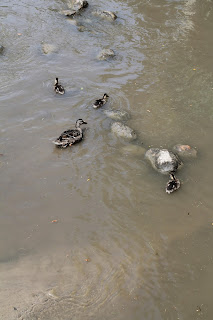 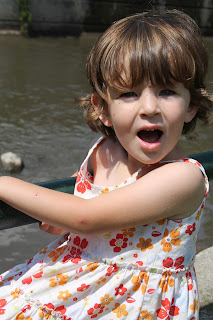 One thing that defined this weekend, besides the heat and copious amounts of ice cream, was BBQ season. We enjoyed two distinctly different BBQs in a row with our yummy CSA vegetables. I definitely don't want this delicious food eating time of year to end. 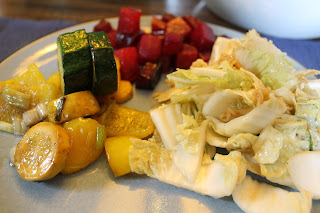 So that was our super exciting weekend. However, low key was definitely what we all needed. As Dave commented last night, "It was the kind of weekend where I actually feel ready to go back to work, as opposed to wanting another day to recover from the weekend!" And I guess that's what weekends are supposed to be about.
Posted by Natasha at 12:30