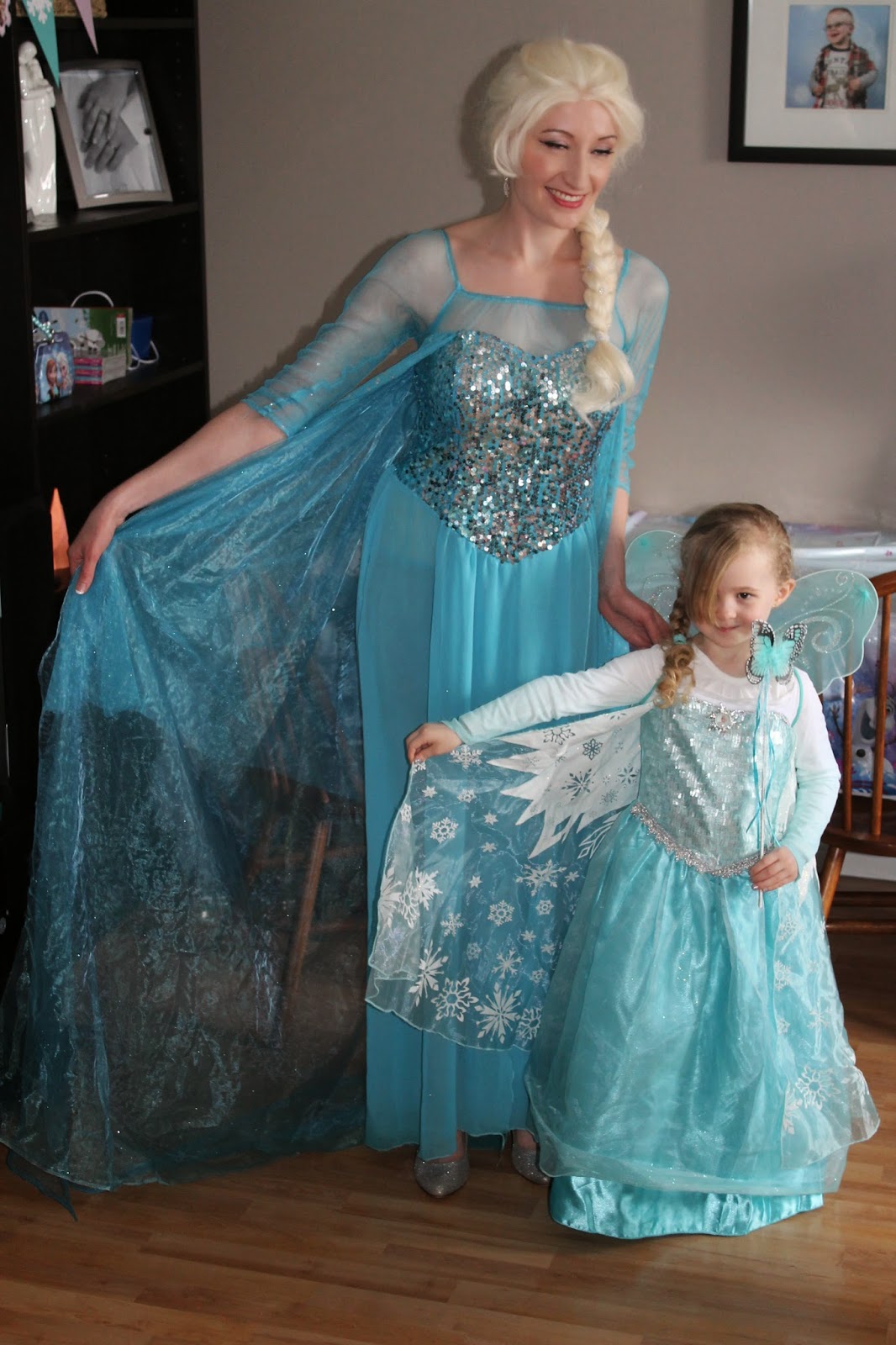 A few weeks ago the kids were invited to B's 6th birthday party. Since it was a Frozen theme, Dave designed the cards. He's an artist that way. 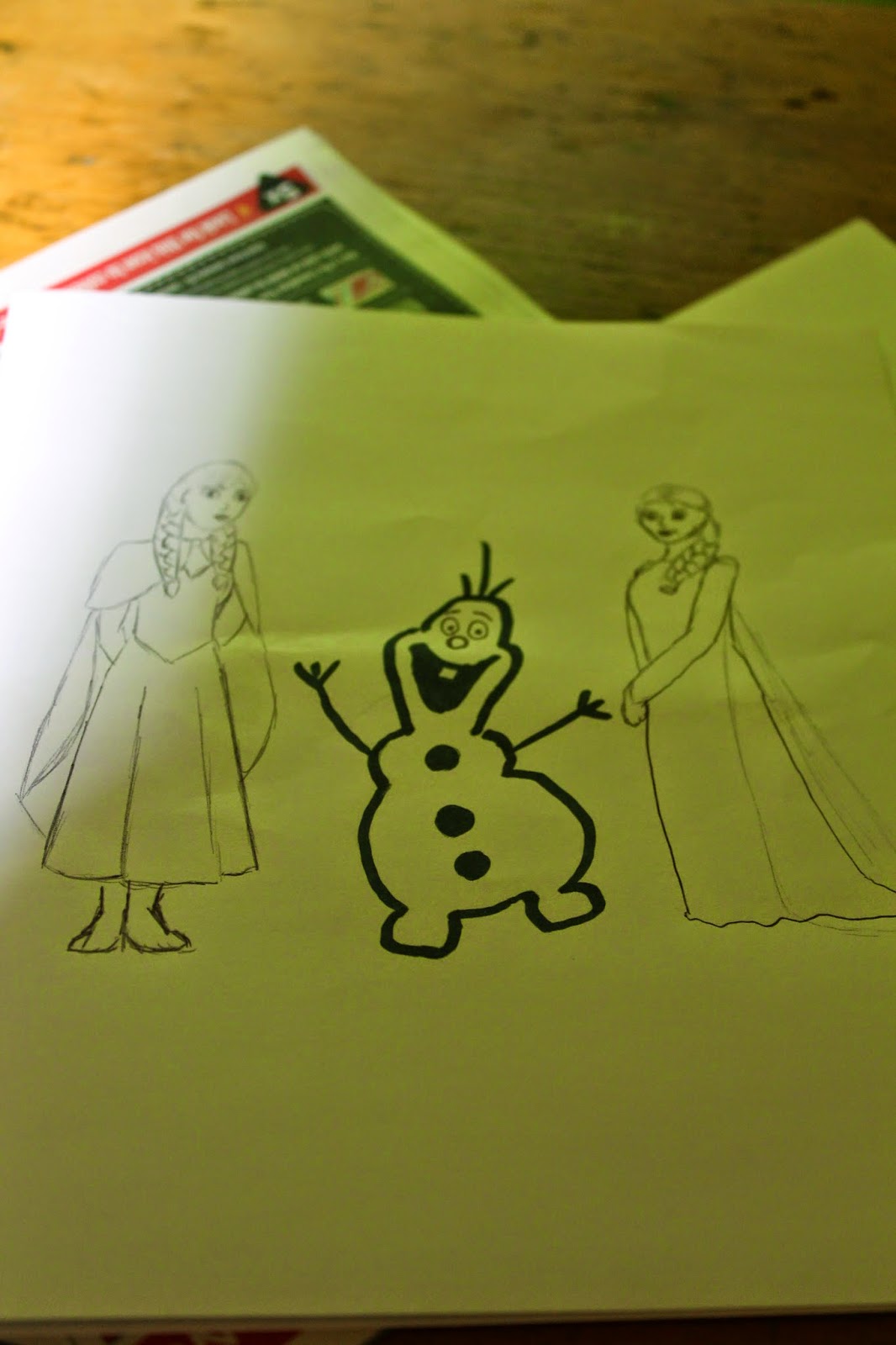 B's parents are so creative when it comes to party planning. One of the first games the kids played was "Cold Potato." It was hilarious to see how fast the kids passed it around. 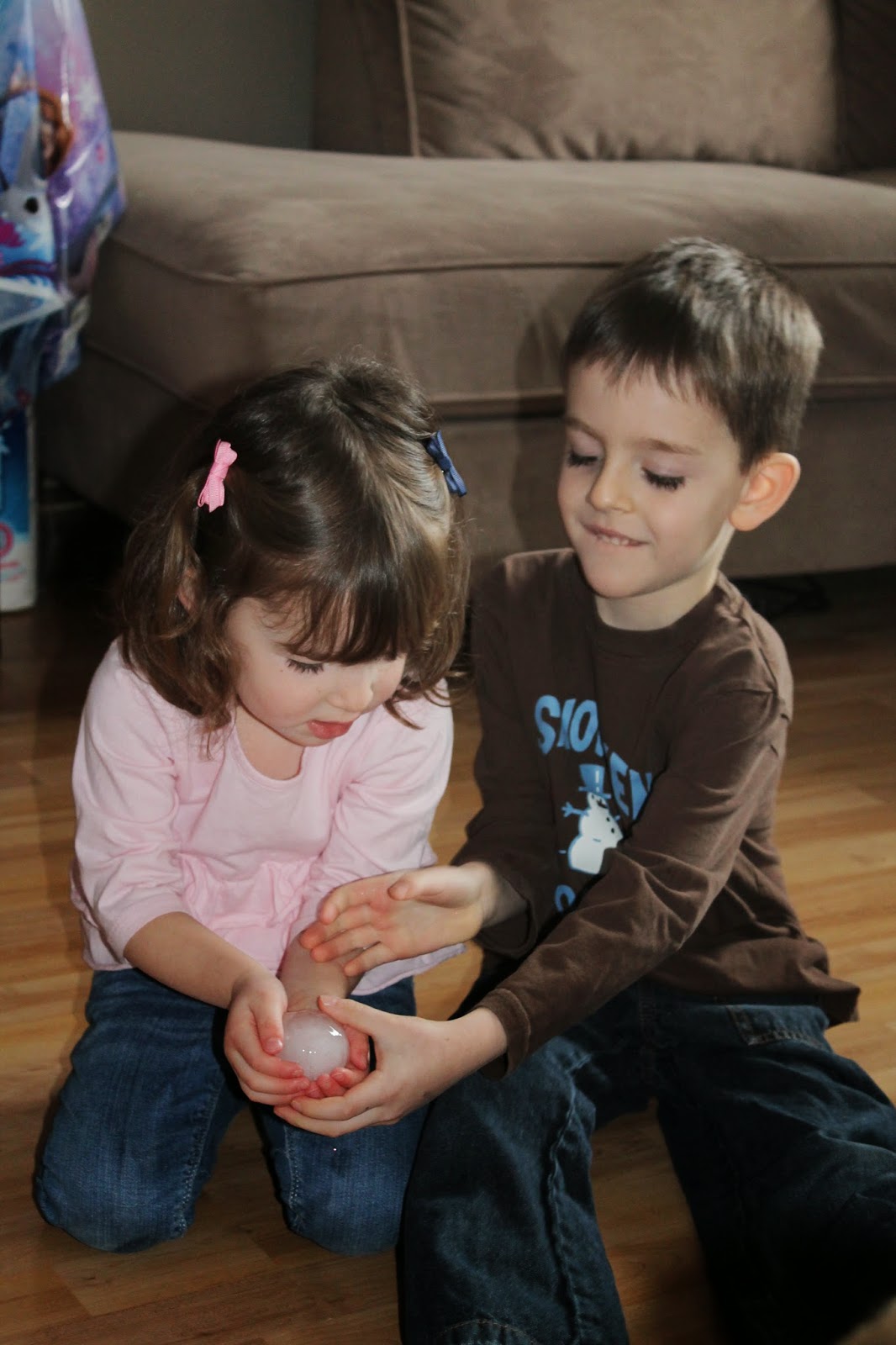 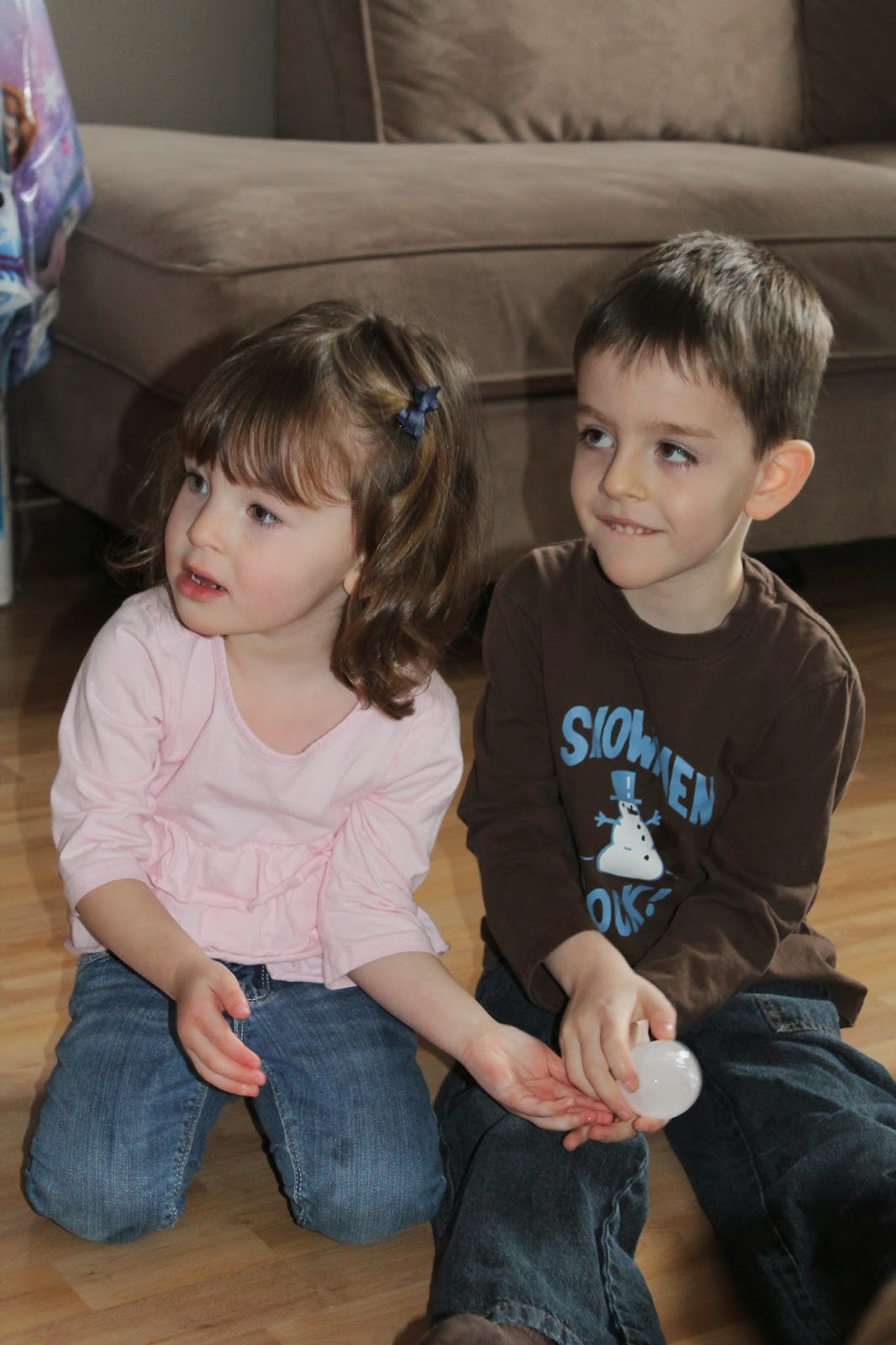 Then it was time to try and toss a ball into Olaf. Rachel actually got one in but she might have cheated :) 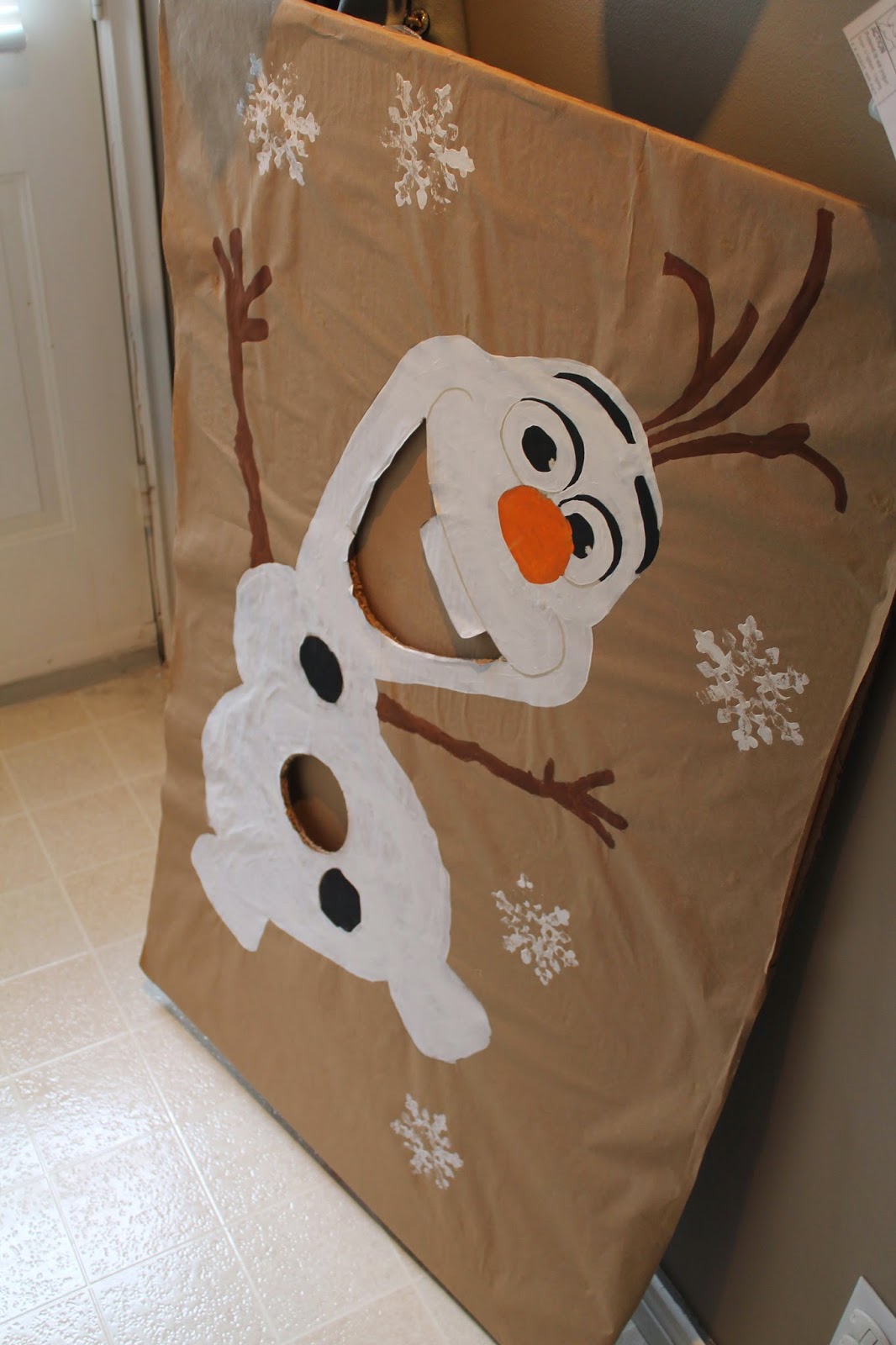 About an hour into the party, there was a knock at the door, and it turned out that Elsa had heard about the party and dropped by for a visit. She pronounced B "Princess For A Day" and gifted her with wings and a wand. 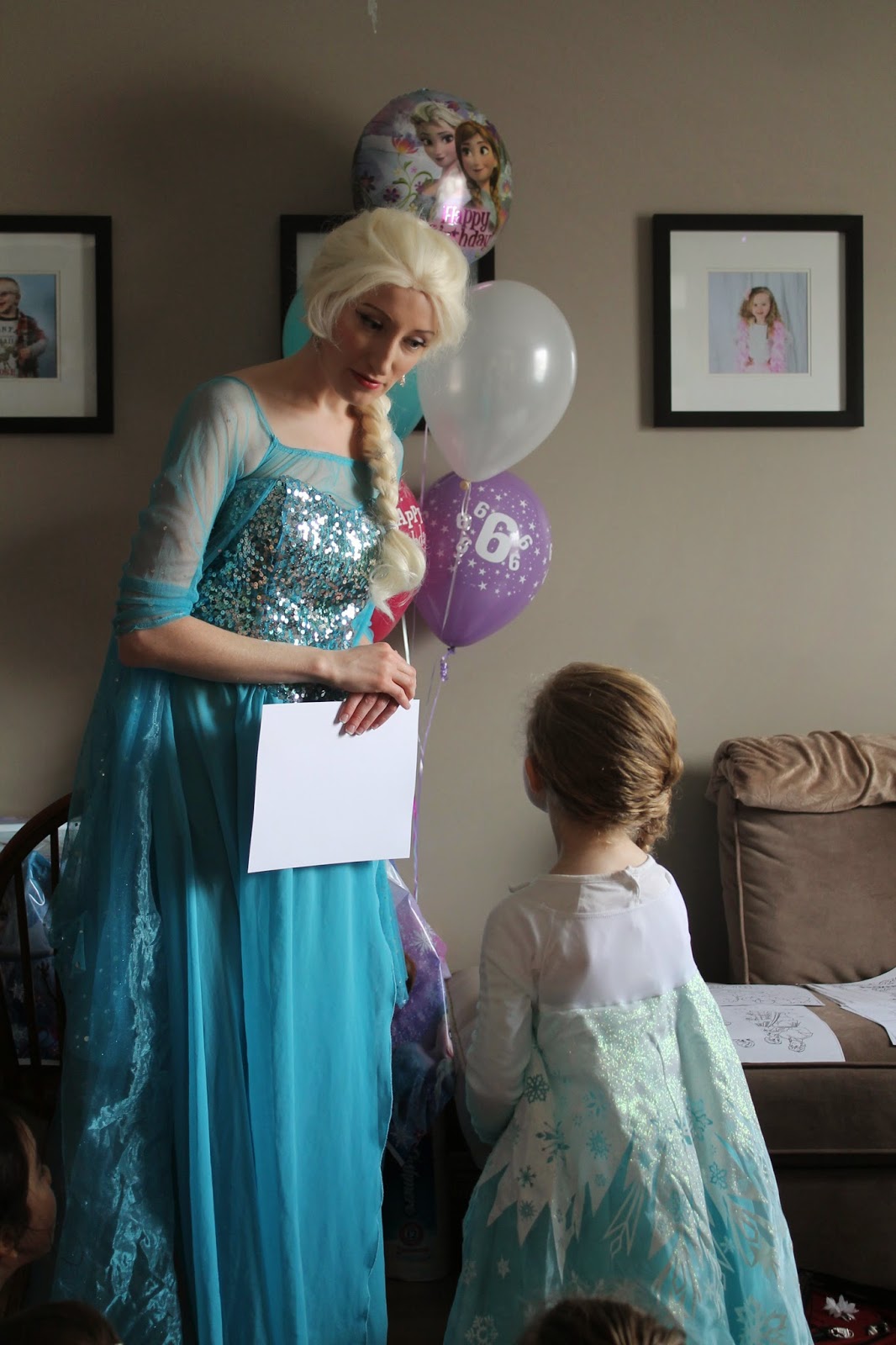 Then Elsa played some games with the kids. Sam sat back, with a small smile on his face. When I asked him if he was okay, he responded, "I didn't think Elsa was real Mommy!" I think he was a little overwhelmed. Rachel, on the other hand, couldn't take her eyes off Elsa and was just in love with her. Even though Rachel has never seen Frozen and has only ever heard the soundtrack. 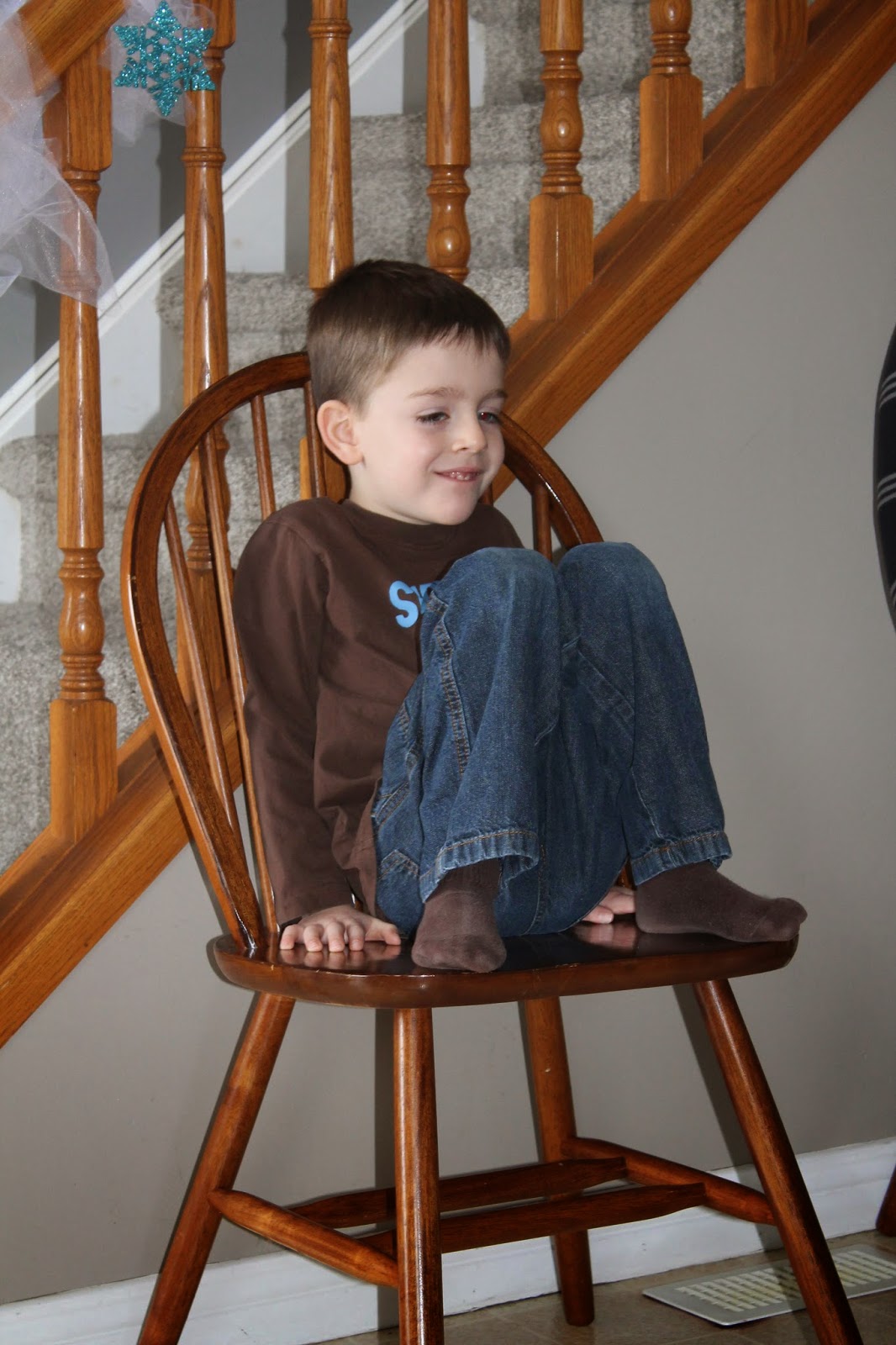 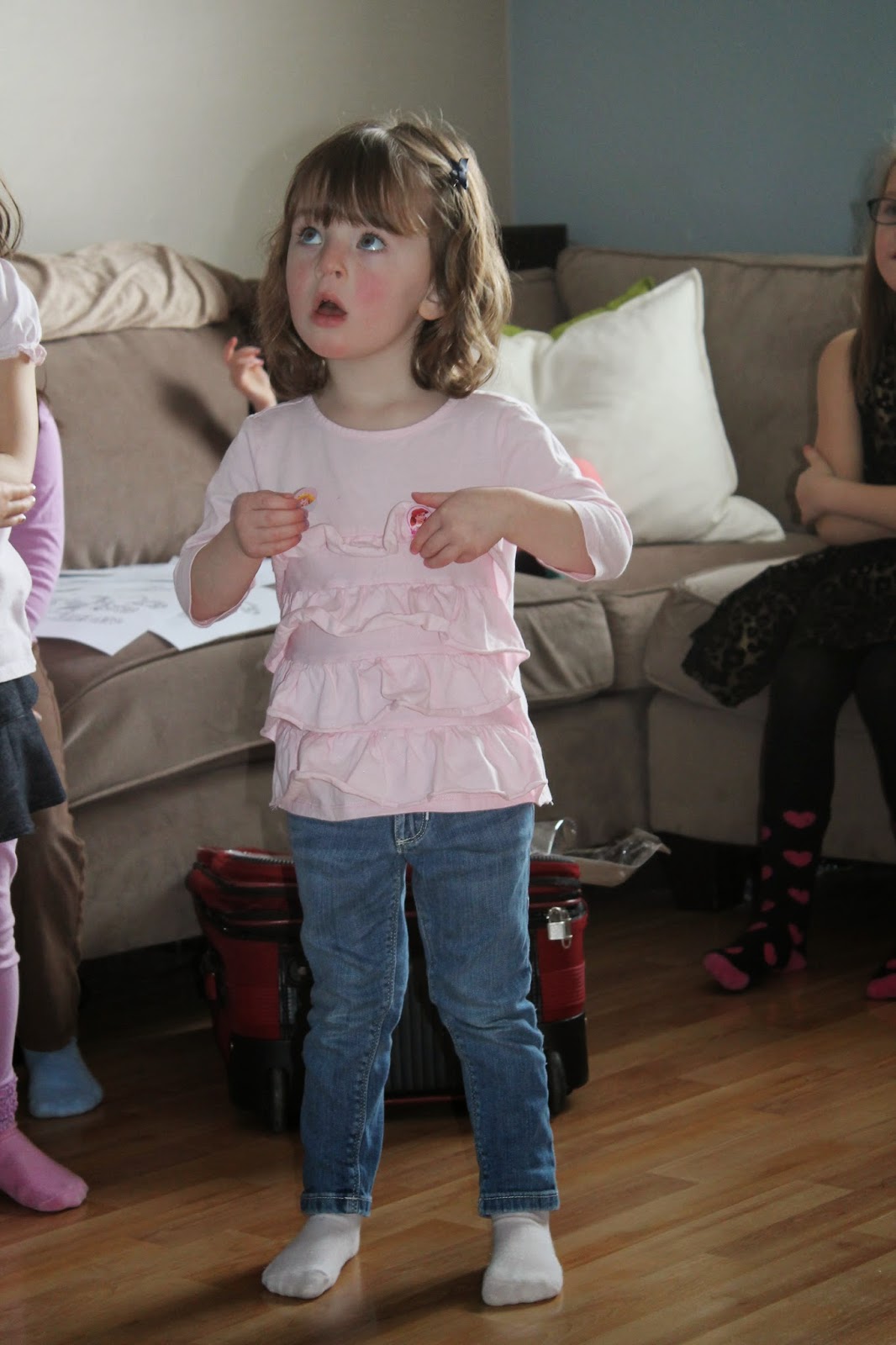 Elsa offered to paint everyone's nails or to give them a tattoo. 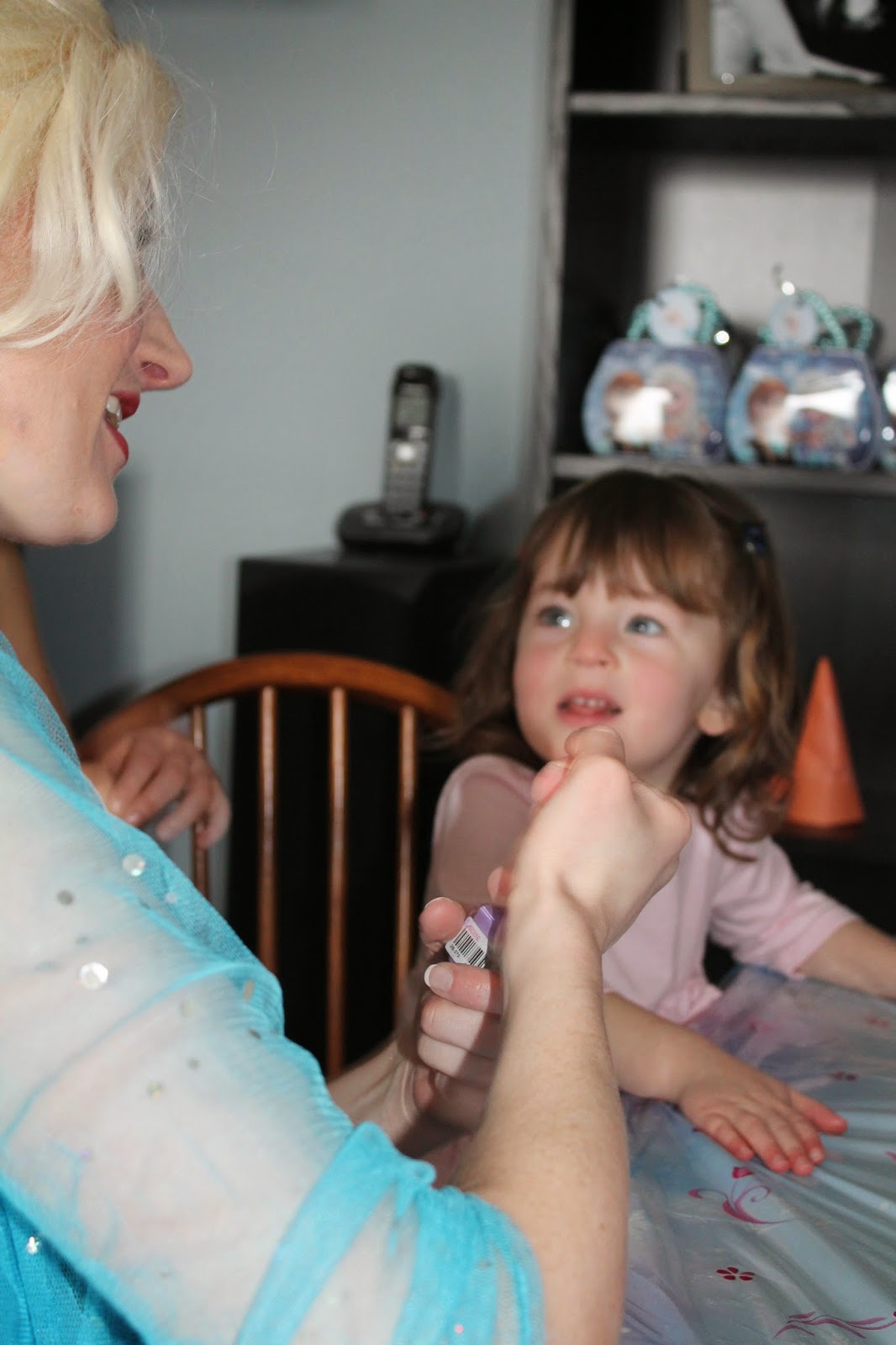 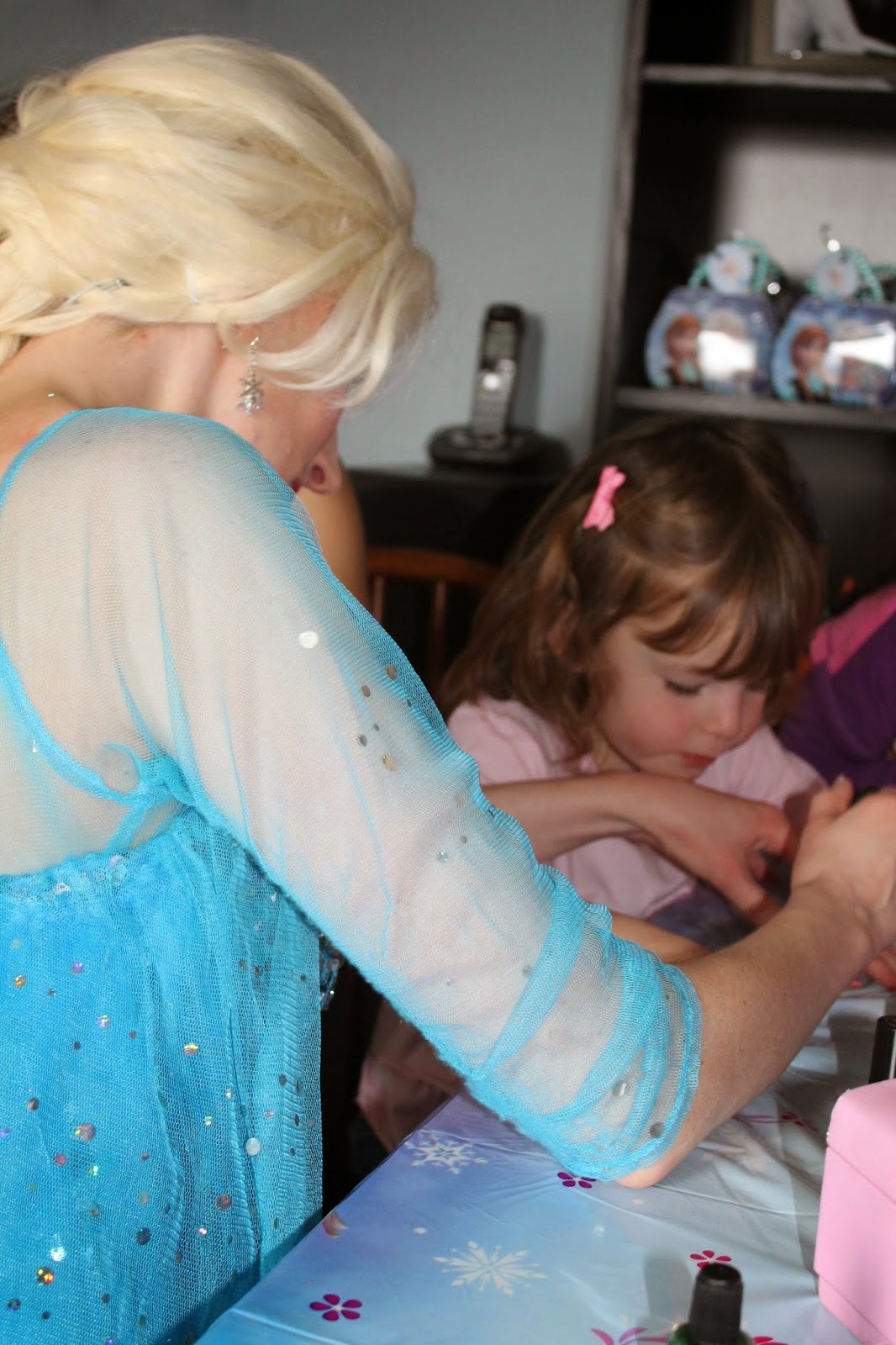 Sam got over his shyness/disbelief long enough to go and get a tattoo. 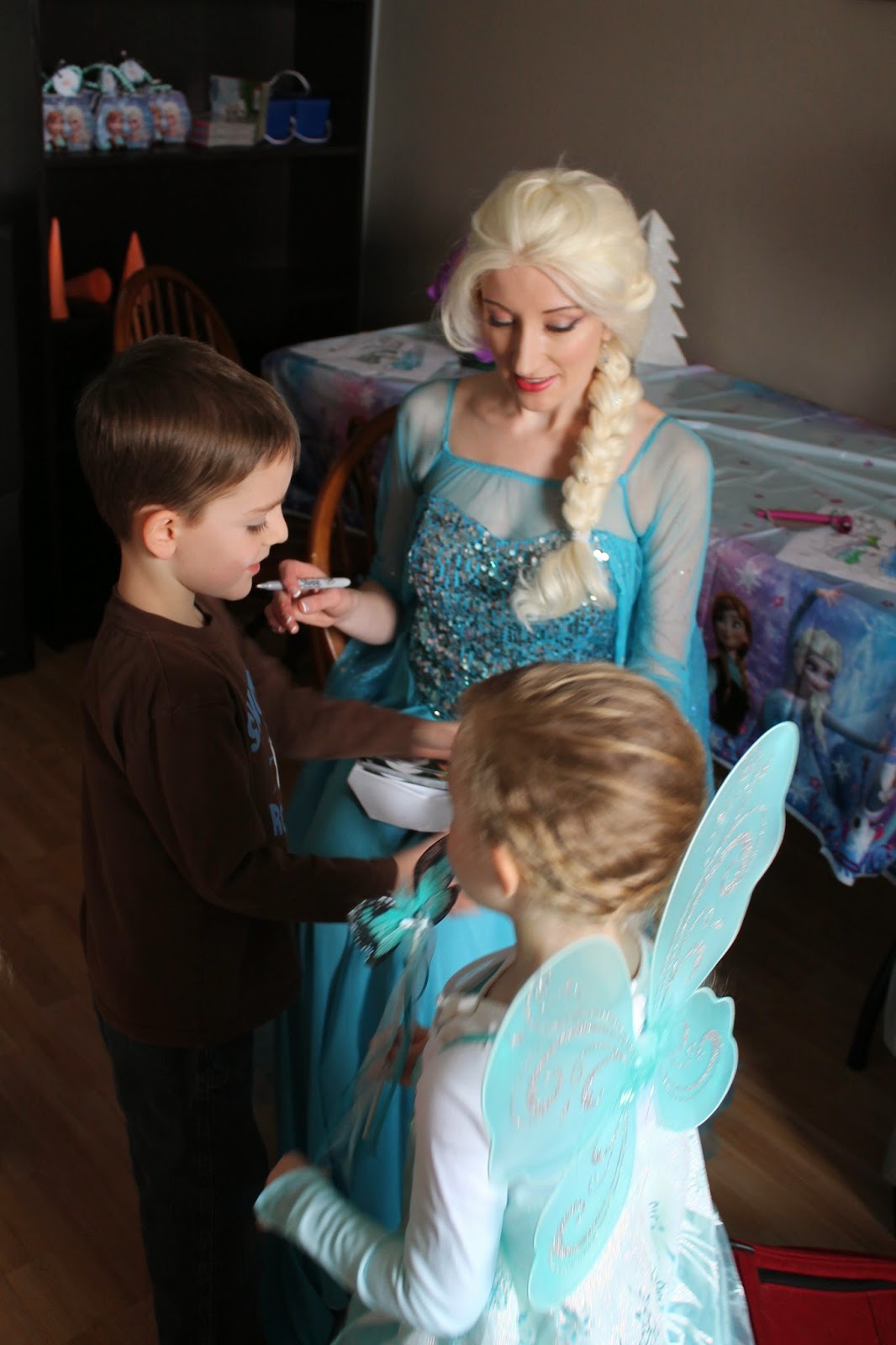 Elsa graciously agreed to pose so I could get some pictures. As Sam was in an uncooperative/ silly space, Elsa promptly declared him a rock troll, which Sam thought was hilarious! 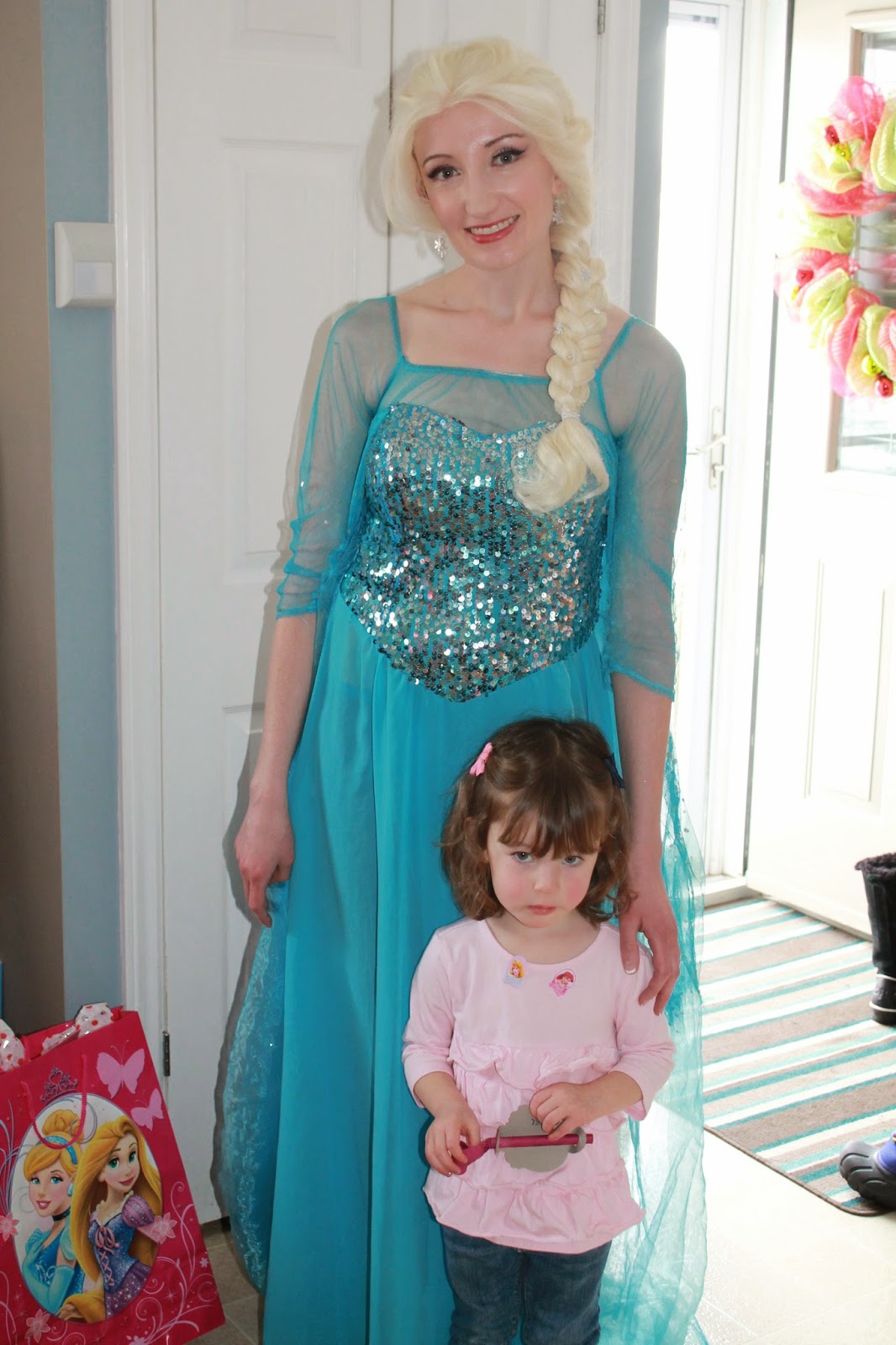 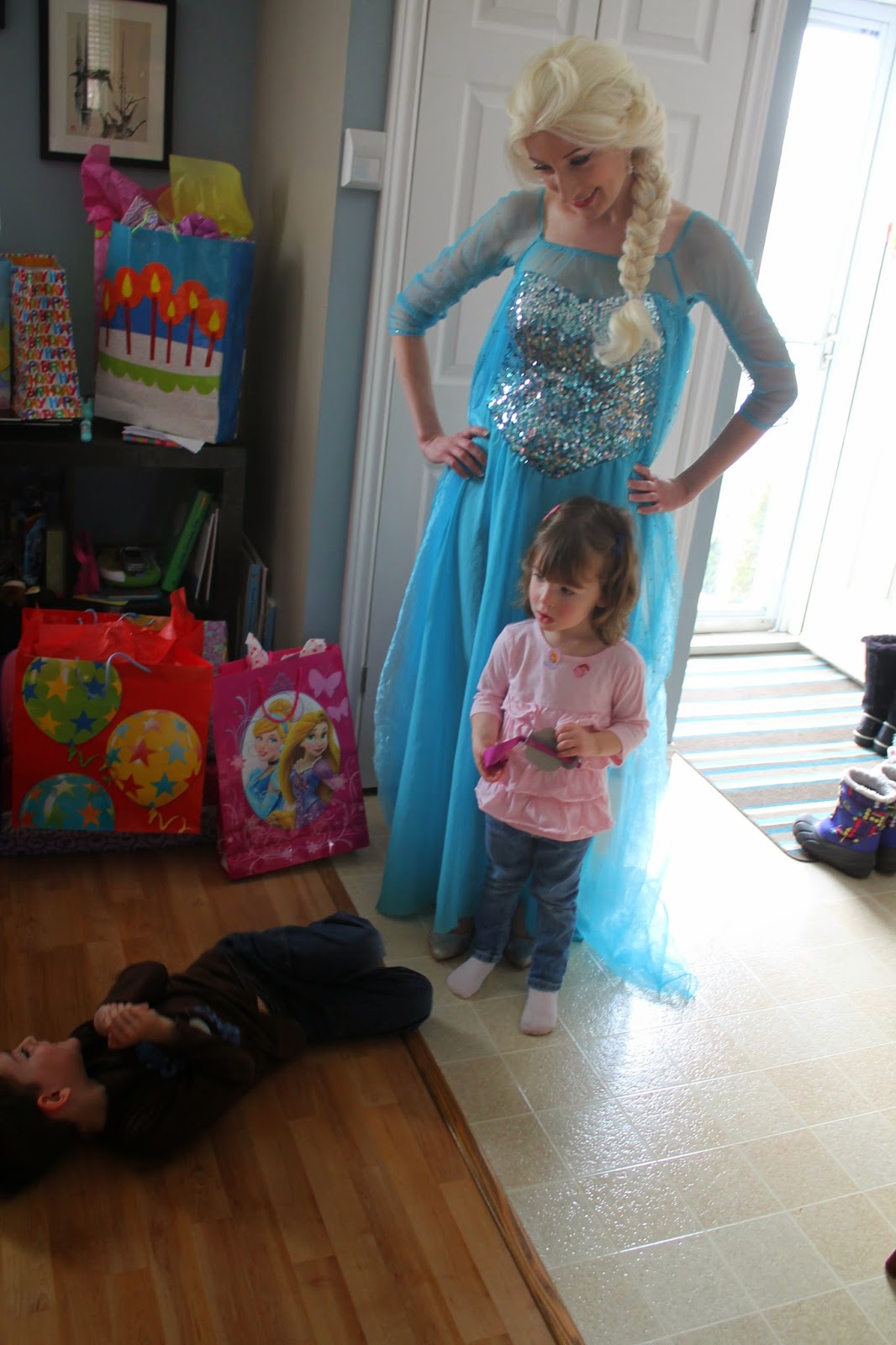 Then I got some pictures of B in her beautiful dress, and with Rachel. Rachel LOVES B! 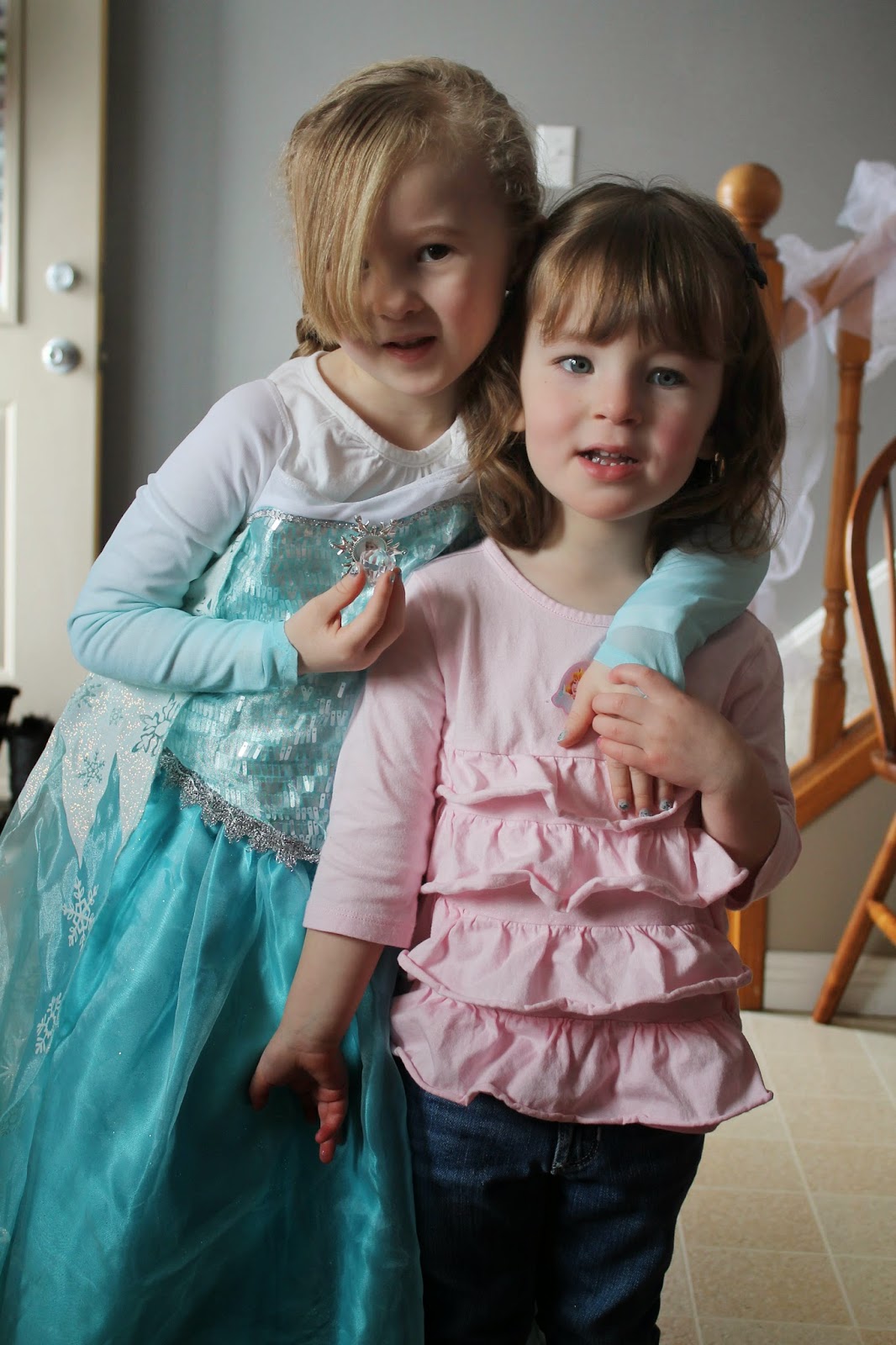 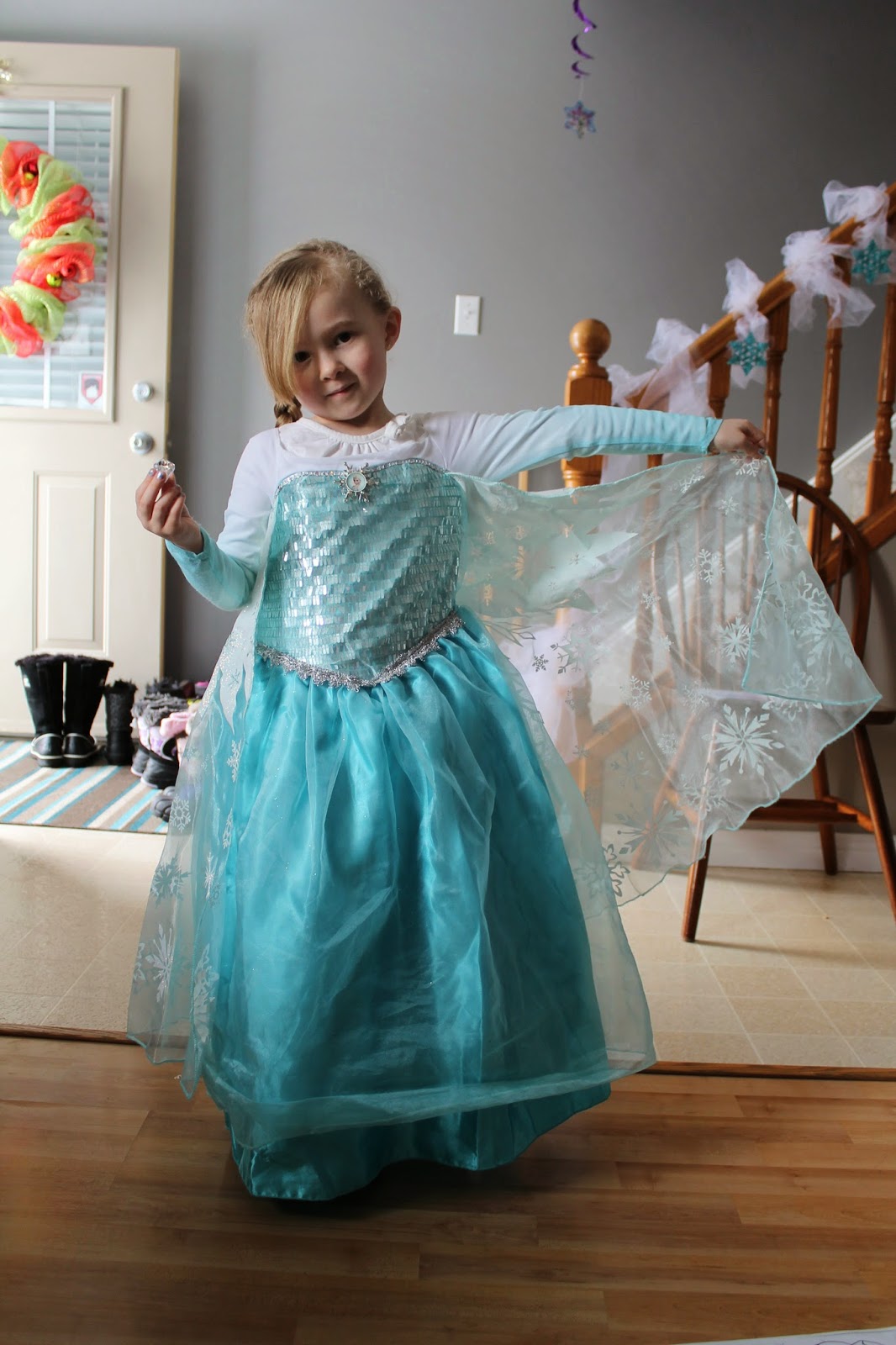 After another couple of games, it was time for lunch and cake. A frozen ice cream cake of course. :) Yum! 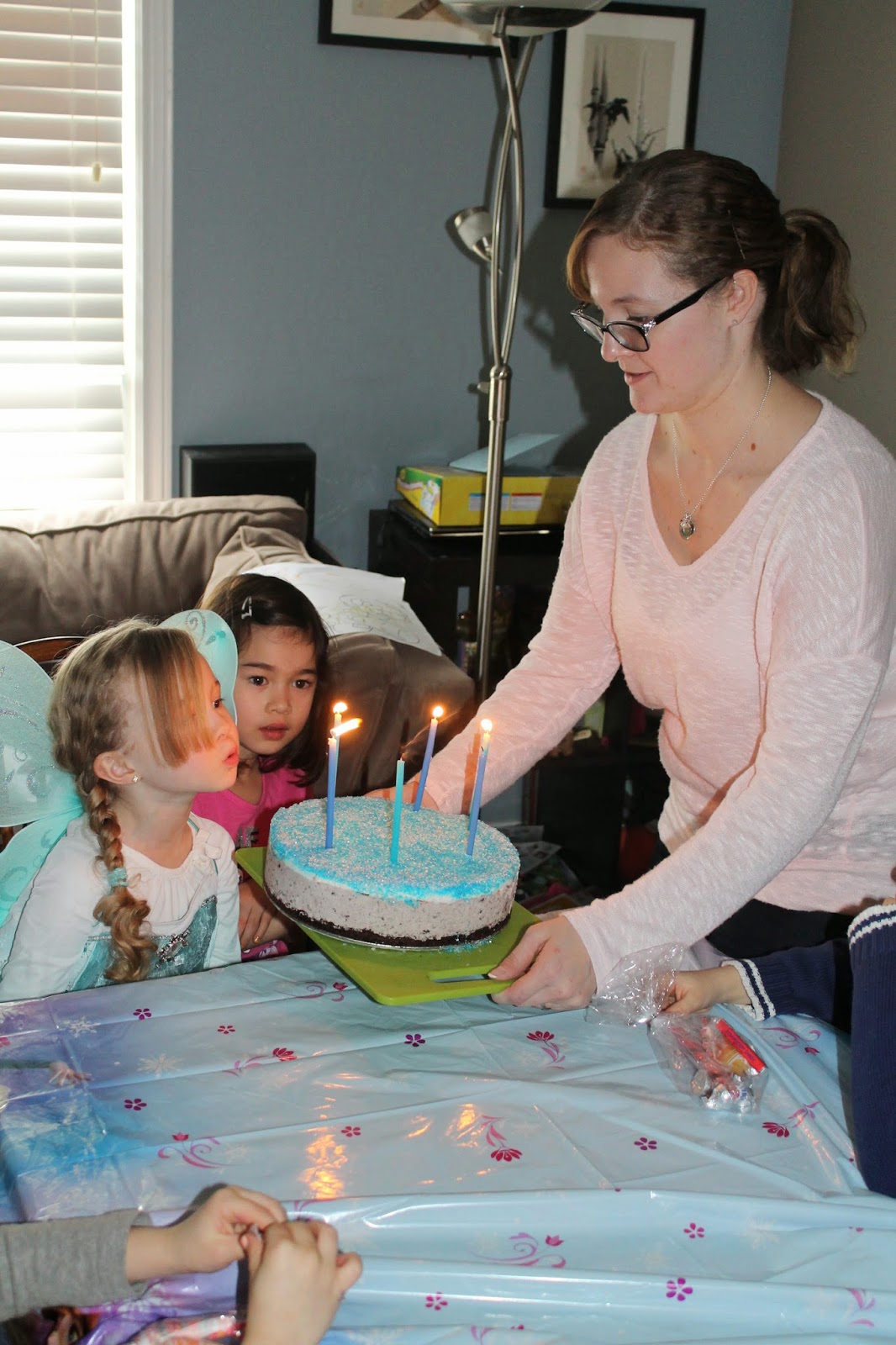 This was such a fun birthday party for our kids to get to go to. And I know they will never forget meeting Elsa.
Posted by Natasha at 08:21