Yesterday Dave's cousin got married on Long Island. We drove to New York for the wedding. On Saturday we got to spend the whole day in the city, and did we have fun! So grab a drink, sit back, and enjoy this whirlwind tour of our day. We took a train to Grand Central Station and then walked all over town. Well, okay, not really, but it sure felt like it :) 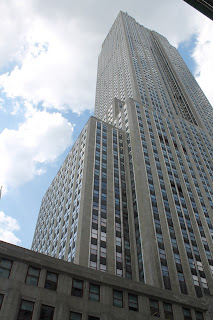 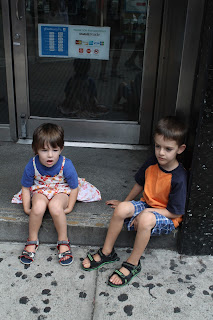 Since Sam just finished reading James And The Giant Peach last week, and the peach lands on the Empire State Building, we first walked there. We decided not to go up it this time, so we just walked to it. The kids were a little underwhelmed!

Then we walked to the library and spent some time in the children's section. They had a Mary Poppins' display so we got to see a familiar umbrella. 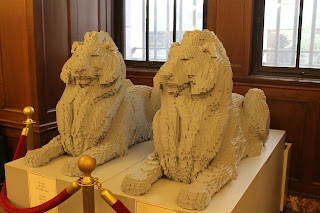 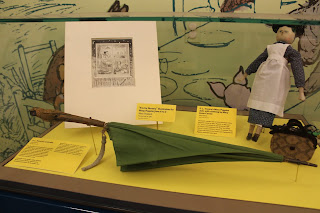 After one last picture with the lions, and a snack, we walked towards Times Square. 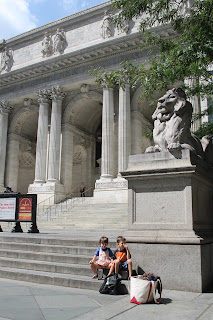 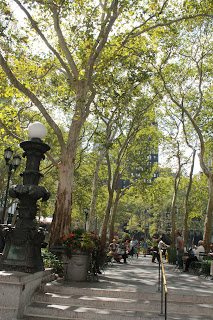 Rachel LOVED Times Square because there were all these people dressed up like Disney characters who kept wanting to shake her hand. Thankfully she didn't notice that they only pushed their character heads down over their faces as they walked up to her, or that there were two Olafs and numerous Mickey and Minnie Mouses. She called Minnie Mouse "the ladybug" and kept exclaiming, "This is SO COOL! I didn't know Anna, Elsa, and Olaf were going to be here. This is SO COOL!" 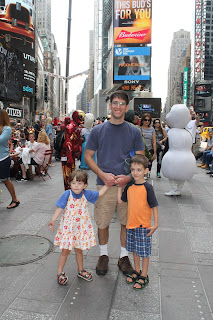 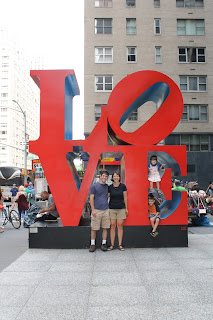 And no, the"Love" sculpture isn't in Times Square but it was on our walk towards Central Park. 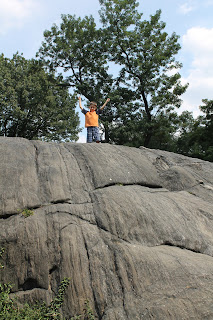 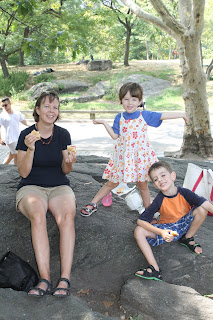 We ate lunch at the "Hard Rock Cafe," as Dave dubbed it. Or you know, we picked up deli sandwiches and ate on a rock. Ha! 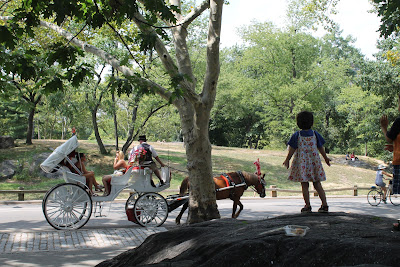 Rachel was too distracted by the "beautiful horses" to eat much... 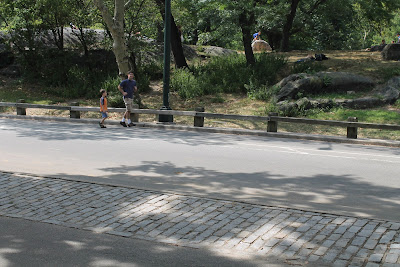 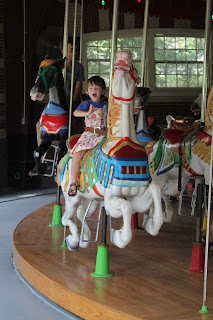 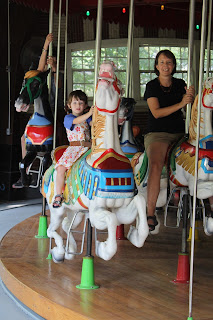 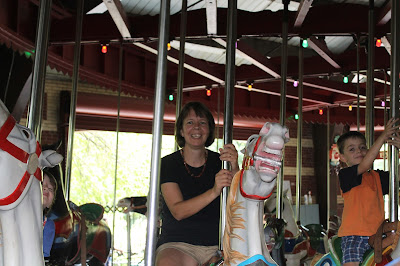 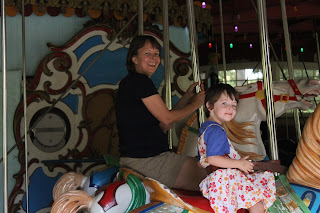 Rachel's good day got even better when we rode on the Central Park Carousel. She wanted about fifteen more rides!

As we were leaving the park, we ran into a bubble maker, who invited Rachel to help out. He invited Sam to help too, but Sam prefers to watch at a distance. Rachel was thrilled! 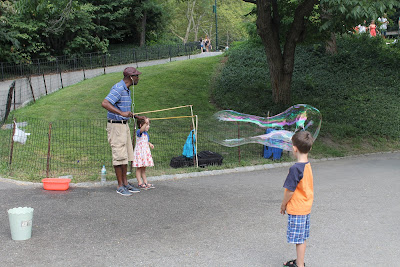 Then, because we're really fancy, we went pee at The Plaza Hotel. The kids wanted to get their shoes shined but we said no :) 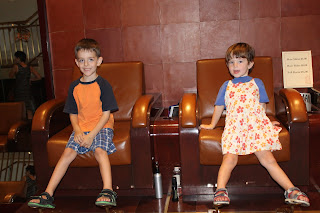 And since this post is already fairly long, I'll save the next part of our adventure until tomorrow. I have to say, I am not a big city person, but I absolutely love New York City. I could go there over and over again and never get sick of it. I love introducing the kids to it a piece (or two) at a time. And I'm glad they seem to enjoy it too.
Posted by Natasha at 07:58