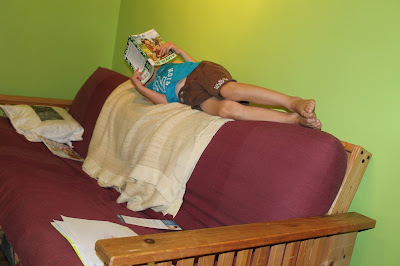 This has been a full week filled with traveling, packing up our house, and trying to squeeze some fun in amongst it all. Sam spent a lot of time reading, although not always in such interesting positions!

One of the reasons the kids and I decided to visit Saskatchewan this week is that because a friend of ours is getting married tomorrow. A group of his friends in Ontario, most of whom can't get to the wedding, filmed a video for him instead. We did this at our old residence so I took some pictures of Sam and Rachel in my old room, and underneath the cross on the outside of the chapel. 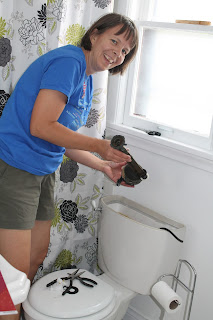 Since there wasn't enough going on already this week, our toilet decided to have some issues. I got them (mostly) fixed, at least enough to limp along for a little bit longer, but I do think learning how to replace the entire toilet is in my not so distant future. That should be fun. 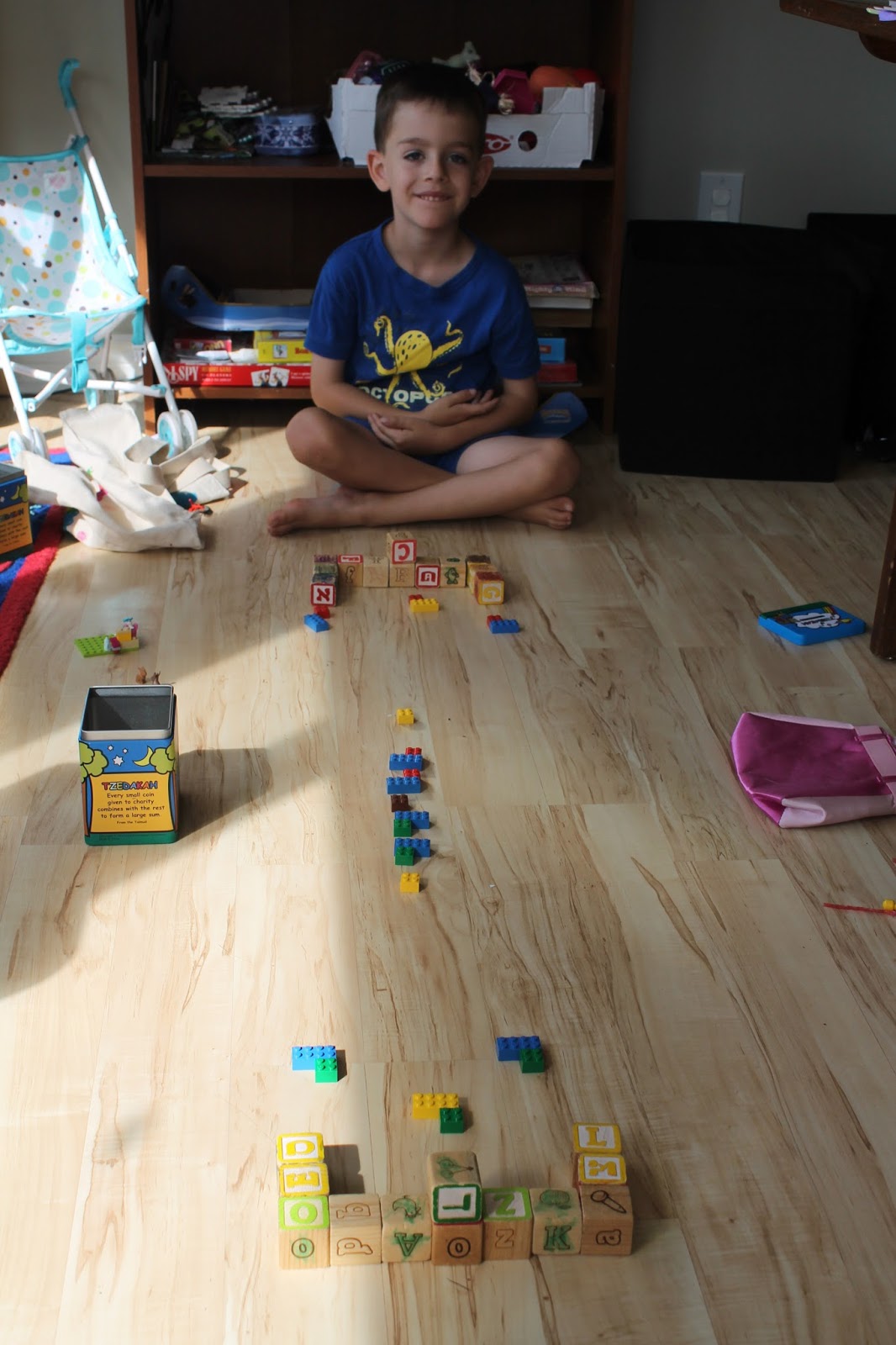 Besides reading about ten books, Sam also built this hockey rink which he wanted me "to take a picture of and put on the blog." 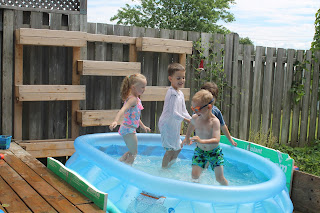 We got to have a playdate with some friends we haven't seen all summer. Rachel helped put sunscreen on (a still reading) Sam before we left. 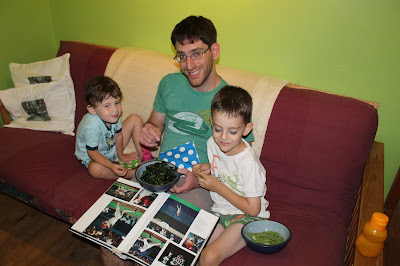 One night we had a snack of kale chips and snap peas while we watched a YouTube video of the 1992 Blue Jays winning the World Series. It's all about the baseball around here, I tell you! 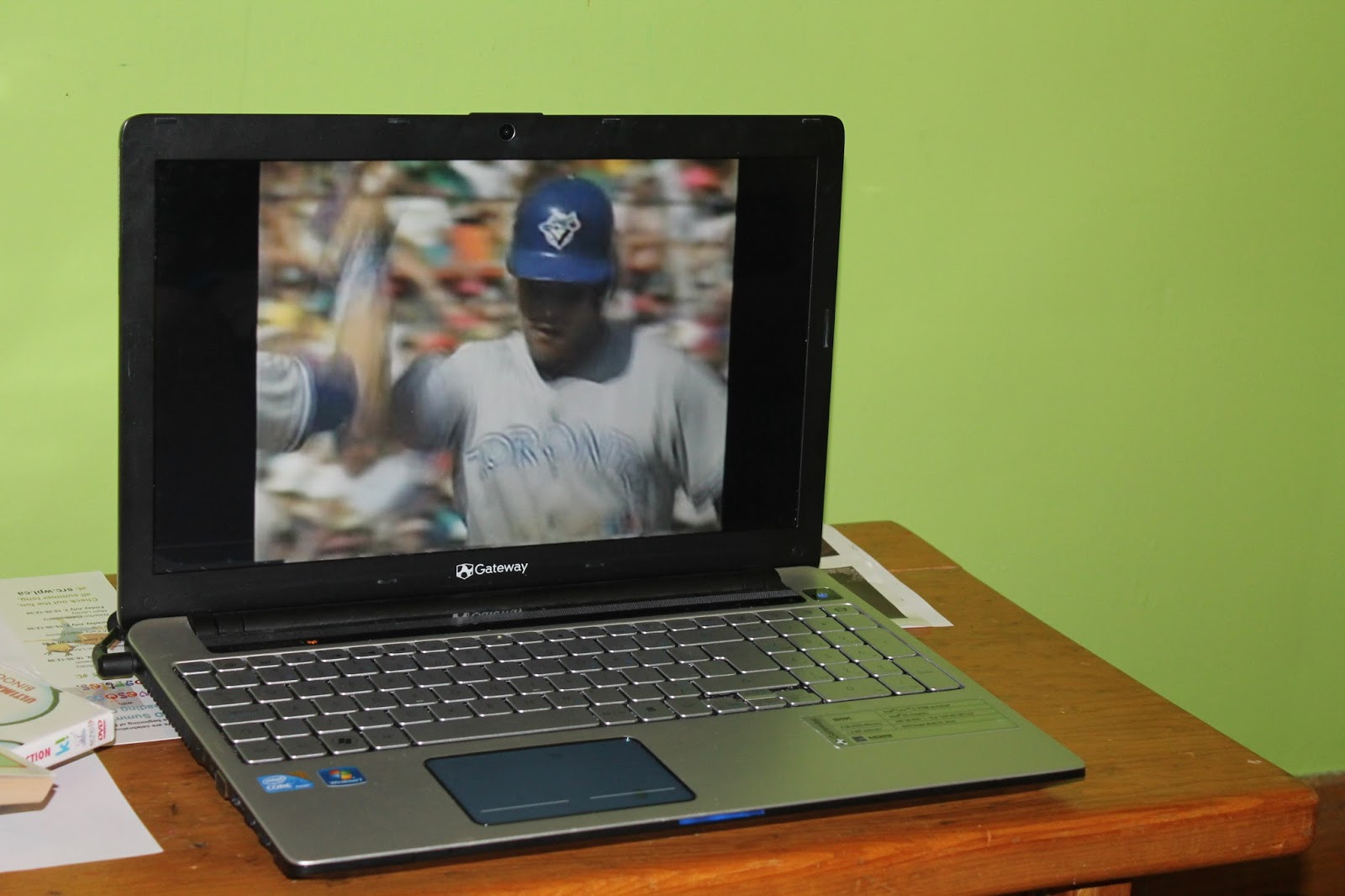 While the kids and I are in Saskatchewan, Dave has moved out of our house, and we're getting almost all of our hardwood floors refinished. That meant that between trying to work at our respective jobs, we also spent a lot of time packing up most of the house. Dave did a lot of the work because he will be able to work at his job more while we're away. 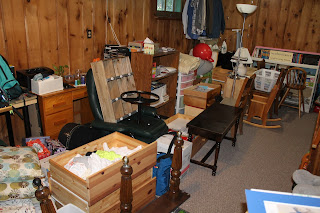 Most of our possessions are in Sam's room (which will get re-done at the end of August) or the basement. Please don't come visit us in the next few weeks :) 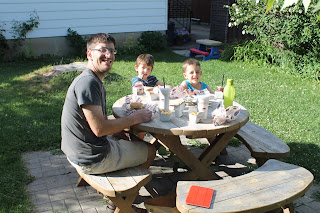 We don't even have anywhere to eat right now. Thank heavens for the picnic table! 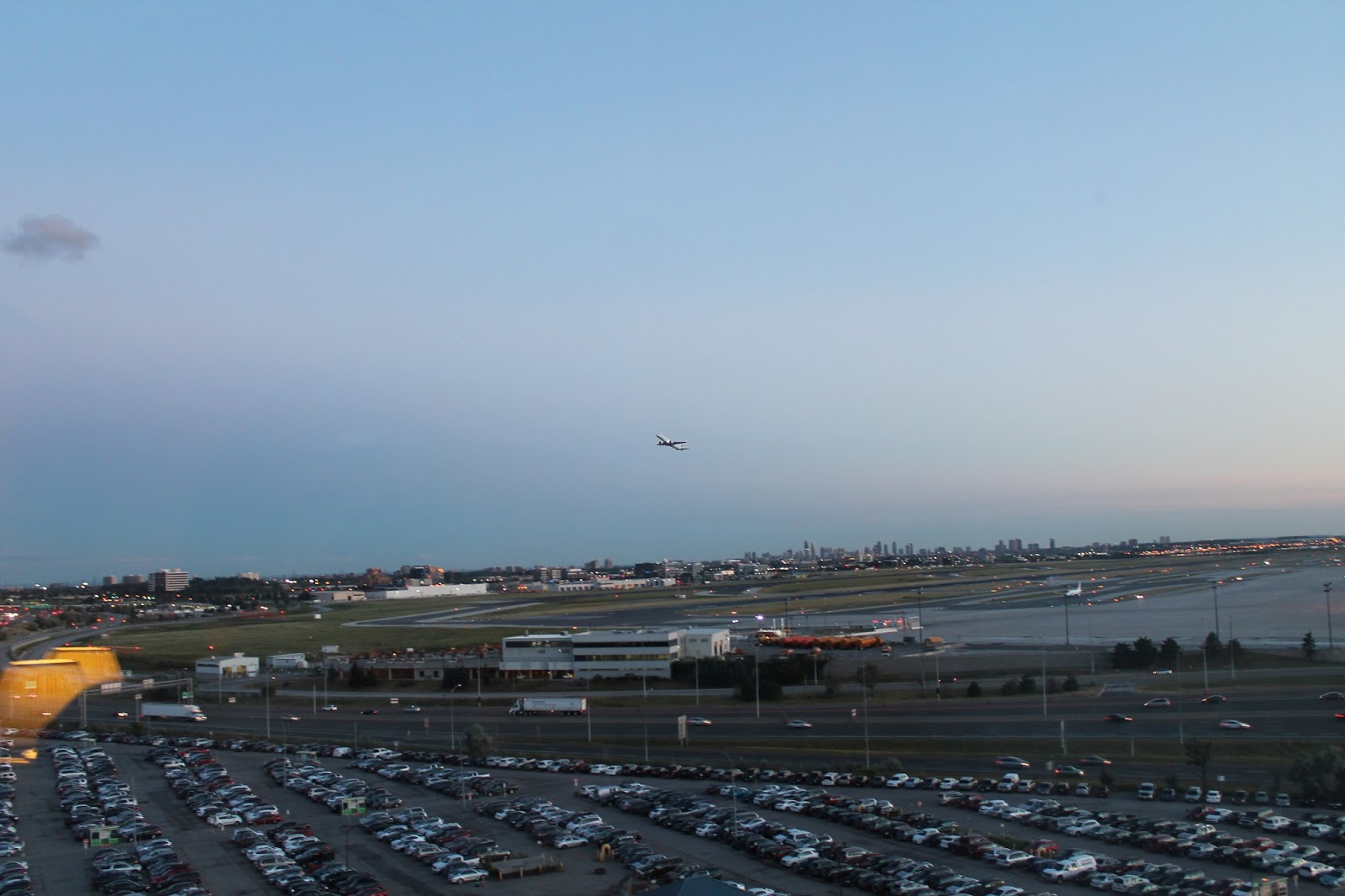 Since our flight left so incredibly early, we stayed overnight at a hotel near the airport. The kids loved watching planes take off outside our hotel window. And they were (mostly) pretty good travelers. 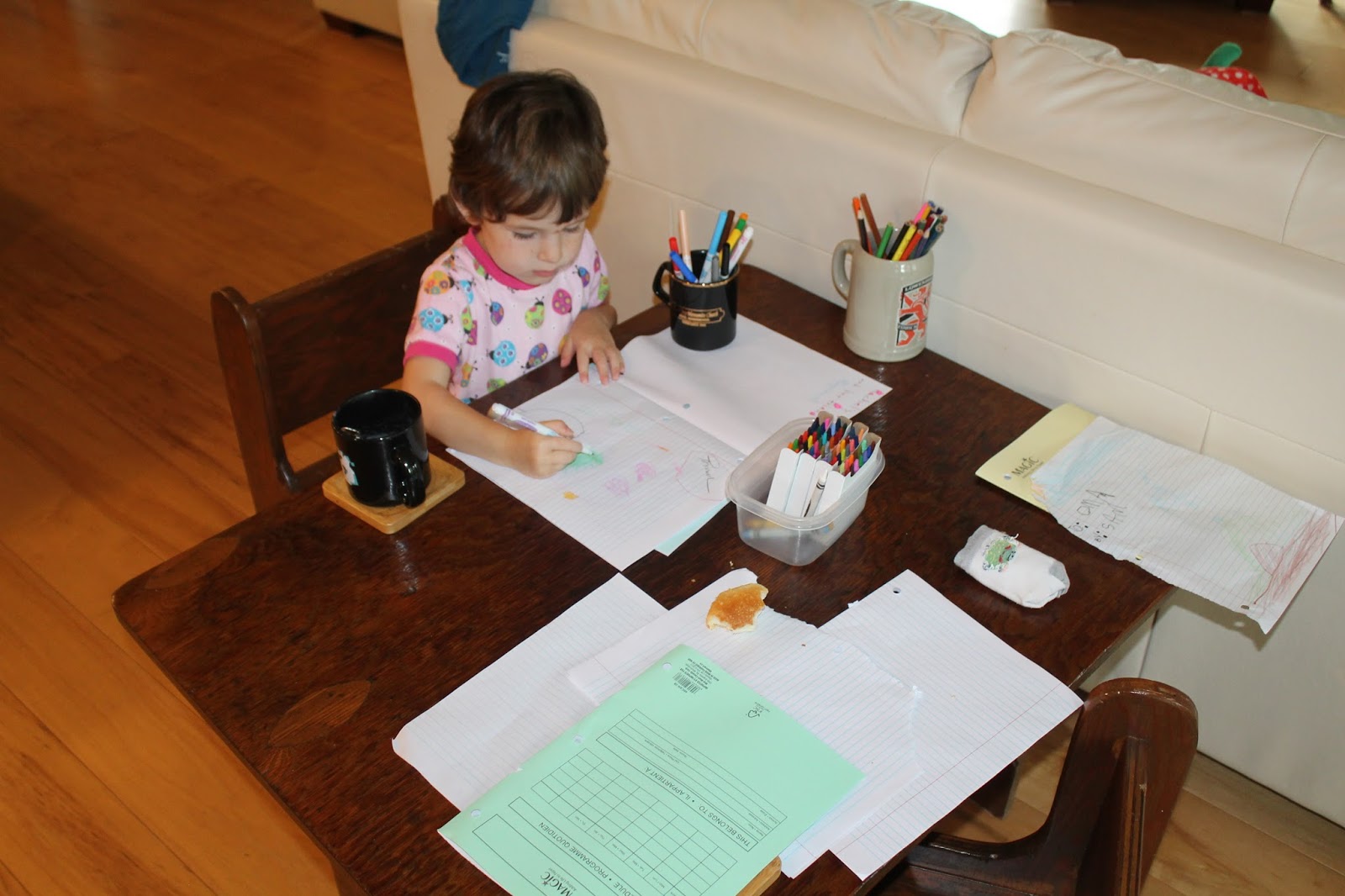 And now we're in Saskatchewan. We were all really tired yesterday, since we'd been up since 3am Saskatchewan time, and we spent the day watching the Curious George movie, playing games, and eating good food. And then the kids and I were all asleep by 6:30pm.

In the above picture, Rachel is working at a table my dad made for my brother and I for Christmas the year I was five. (Or around then.) He worked on restoring it for Sam and Rachel to use, and they've spent a lot of time there already, drawing pictures and drinking hot chocolate. 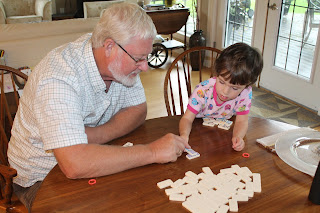 So that was Week Six of our summer. The kids and I are looking forward to a lot of adventures during Week Seven of summer in Saskatchewan.
Posted by Natasha at 09:22