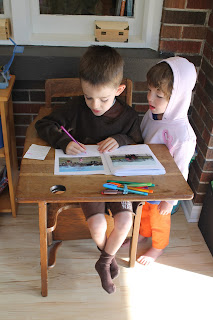 It's the first day of summer vacation. We have no big plans for today except for taking it easy. And I'm going to start tackling the basement. Right now it's a bit of a disaster and I know the kids will want to play down there a lot over the next few months so it's time to organize. Maybe I'll even do some weeding.

For the old blog today I'm just going to post some random pictures from June which I haven't had a chance to show elsewhere. Above is Sam finishing off his Southern Roadtrip Photo book while Rachel looks on. Sam captioned 44 pictures to preserve his own memories. And now he wants to make a photo book for everything -- his first Blue Jays game, the first half of our historical walking tour. It's pretty cute actually! 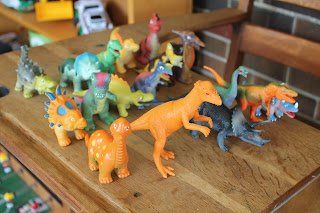 I have no idea what was going on here but the dinosaurs obviously had places to go! 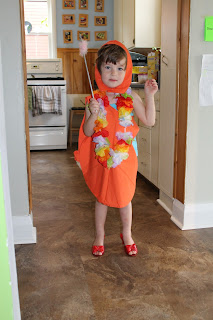 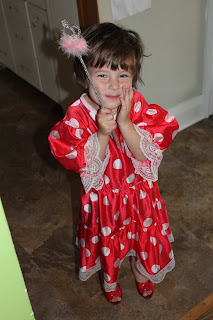 Dave's parents gave Rachel a bunch of dress up clothes for her birthday so every time we turn around she's wearing something different. What I love is that she calls the red dress with the white polka dots her "ladybug costume!" 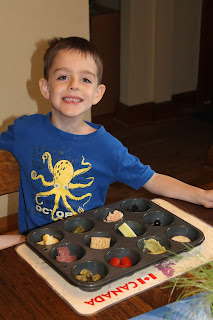 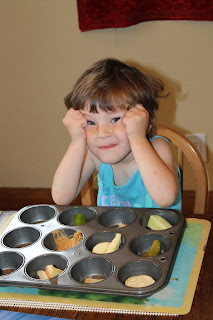 Dave made muffin tin lunches for the kids a few weekends ago. Despite the look on their faces, they really did like them. I love that they eat a variety of foods when we serve them lunch this way. 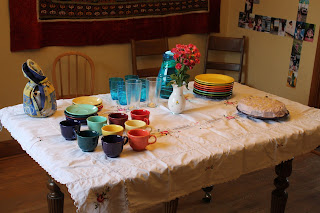 I decided to go all out for hosting book club last week. I enjoyed using a special tablecloth (which I know is too small for our table) and my fun Fiestaware dishes. Plus I made a really delicious cake which I will write more about in my June resolution update. 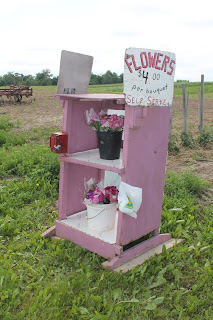 I love that I can drive about fifteen minutes out into the country and buy freshly picked flowers from a farm stand. I picked up a gorgeous bunch of Sweet William this day. 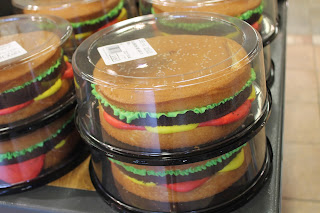 I can't decide if I'm intrigued or grossed out by this cake. Or hamburger. Or whatever it is. What say you?!?! 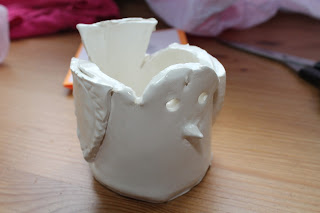 The students at Sam's school made these amazing bird votive candle holders as a thank you to everyone who helped volunteer to serve pizza on Fridays. Even though I only helped out a handful of times, I got one too. They are so cute!!! 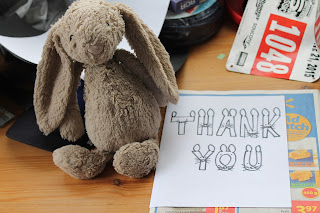 Rachel made thank you cards for Sam's teachers to thank them for having her in the classroom while I helped with pizza. She wanted Funny Bunny shaped letters and Dave obliged her. 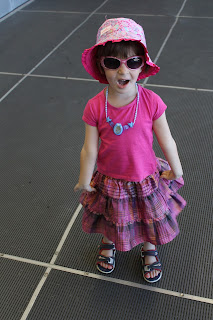 This was from Wednesday which is likely the last day I will do errands with just my little fashionista helper. Sam is on summer vacation now and Rachel will also be in school in the fall so the days of just the two of us are pretty much over. (I will likely be sad about that at some point but for now I'm just so happy to not have to pack lunches or get kids out the door for school for the next two months that I can't even explain it!) 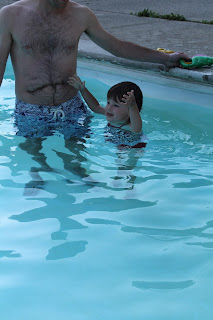 And we visited our pool a few nights ago. Mostly I wanted to see if Rachel could stand on her own in the shallow end with her chin above the water. Why yes, that is the criteria for kids to attend swimming lessons on their own and Rachel has now reached it. I'm so over the moon about this development!!!

And that's some of the other stuff that's been happening around these parts. Now I'm off to clean in the basement. Let the summer vacation excitement begin!!!
Posted by Natasha at 08:03