Even though I don't do the linkup, I like the idea that I can write about the random things that have happened during the past week, and it's not random, it's Five On Friday! (Does this sentence even make sense? I'm trying to write this post while Rachel is emphatically telling Dave about her day yesterday. (Have I mentioned she does everything "emphatically" these days? (Have I mentioned it's exhausting?)) Also, I'm tired because I'm trying to get up earlier to get a jump on the day and it's hard. But I'm telling myself it's worth it. (Maybe this should have been the first thing in my five.))

Okay, after that long, rambly, (parenthetical) introduction, on with the list...

1) A few weeks ago, I decided that our front bed needed mulch. And then my mother-in-law told me that you could get it free from the landfill. I love free! So last week, we went to the landfill to shovel mulch. Rachel fell asleep so it was just Sam and I shoveling. 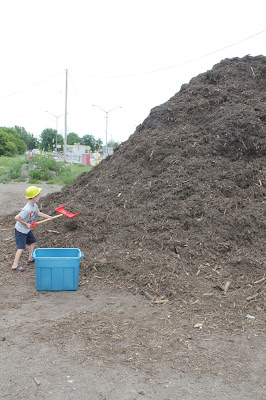 And below is "before mulch" (left) and "after mulch" (right). It doesn't look like much of a difference here, but it does look quite nice in person. Unfortunately, the price you pay for free mulch from the landfill is that for the first few days it smelled...umm... like the landfill. yuck. Thankfully, I haven't noticed it as much since it rained, so that's hopeful. 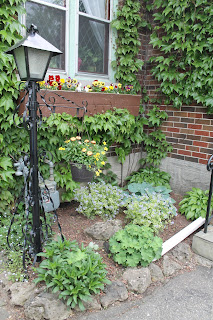 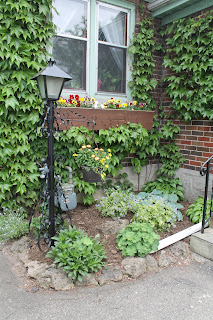 2) When Rachel finished preschool last week, I pulled out the whiteboard and all my whiteboard markers, to make her "last day" sign. The kids really enjoyed playing with them until a certain incident (which I will write about next week -- argh), when I had to take them away.

One afternoon, Sam, who up until a few months ago wasn't all that into drawing/colouring/crafts/etc, drew this castle, complete with all the people. It makes me die with cuteness every time I see this picture. 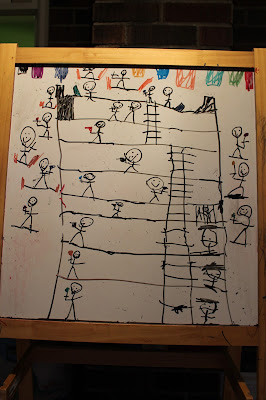 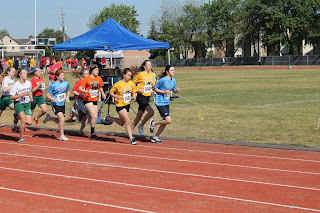 Tessa is leading the pack in the top picture, and hurdling on the left (in the blue shirt) in the lower left picture. Shirley held Rachel up so she could see while I took pictures.

4) I finally got around to doing some work in the back yard. 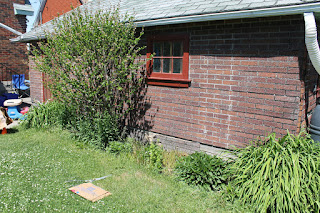 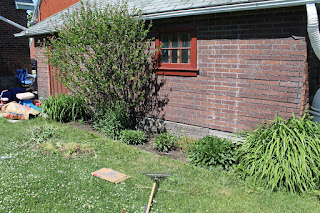 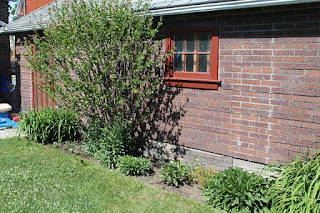 It's hard to see, but in the "after" picture I had planted eight dianthus (annual version of Sweet William) between the tree and the daylilies (to the left of the picture). I'm so glad I got this done, but there's (always) still more to do.

5) Last night we went to watch Aaron and Tessa participate in the county track meet. 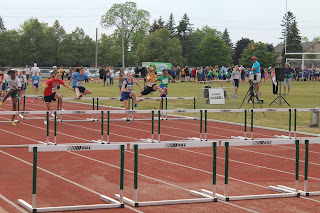 Tessa, in the light blue shirt to the left of the picture, hurdled her way to fourth place. She also got fourth place in the 1500m. 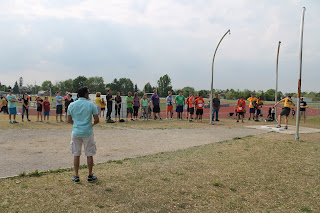 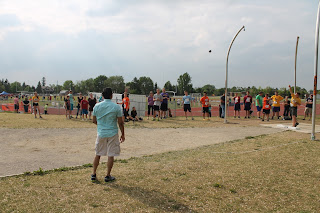 He didn't finish in the top three but I was still super impressed. Unfortunately, his standing long jump event wasn't until later so we couldn't stick around to watch. And Rachel threw a small fit this morning because "there are no more track meets to go watch." Wah. Although I have to say, I'm a little sad myself that next year Aaron and Tessa won't be participating in this meet because I have so enjoyed getting to watch them these past two years. And obviously Rachel has too :)

And thus ends my "Five On Friday." I'm really excited because we're introducing the kids to Major League Baseball this weekend, so tune in next week to hear (read) all about it. And Happy Weekend!!!
Posted by Natasha at 07:42