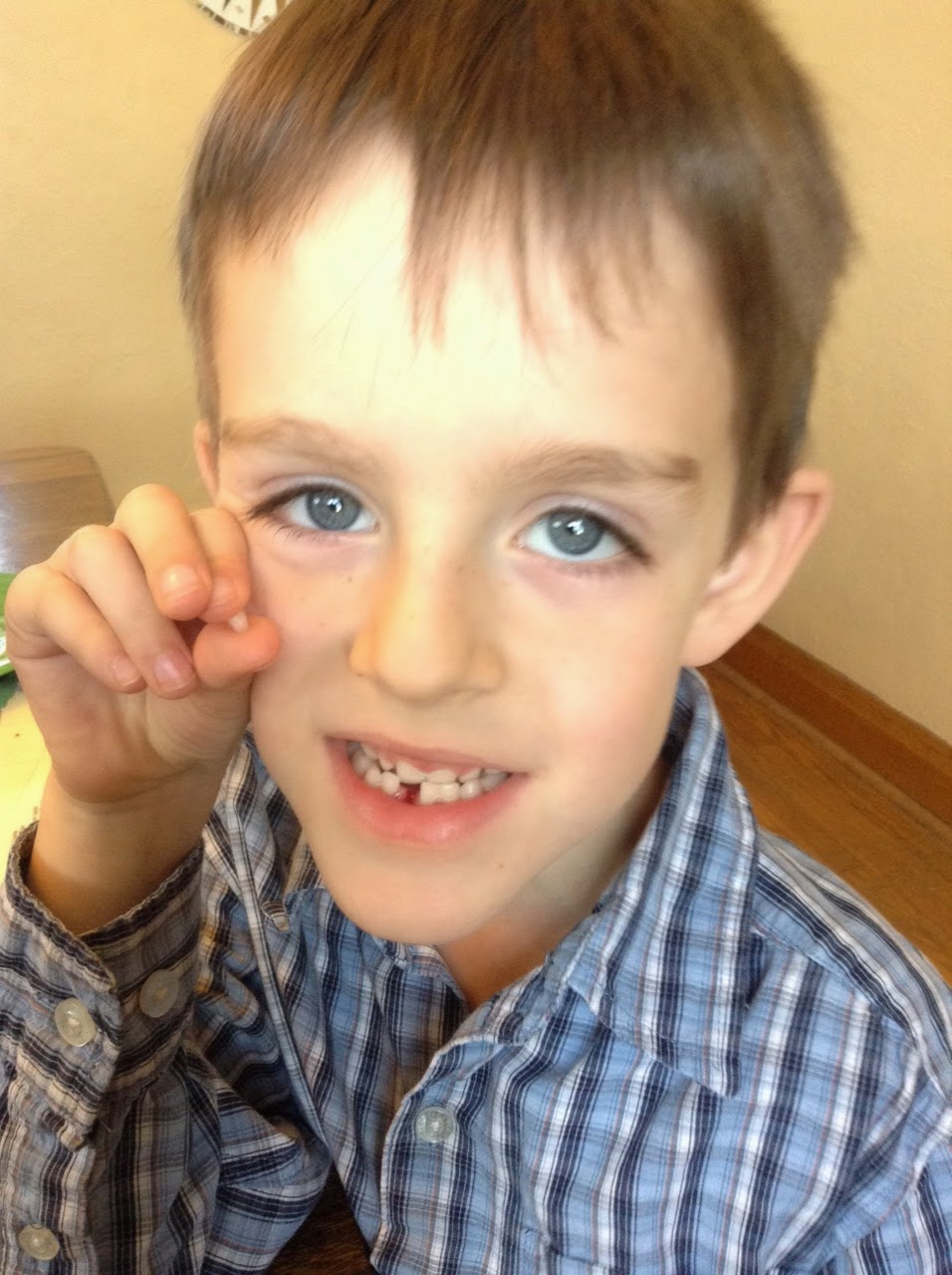 Sam had a really big day on Sunday. First of all, his tooth, which we first noticed was loose four weeks ago, fell out. Dave and I were actually upstairs when Sam came running up to tell us. "I lost my tooth!!!"

And now that the tooth is gone, we can tell that two others are loose as well. Yikes!

Sam got a special tooth holder from Tim and Janice, shaped like a tooth, which he put his tooth in and left under his pillow. Since The Tooth Fairy decided that the loss of the first tooth was a special occasion, she left him $4. Sam was quite excited. 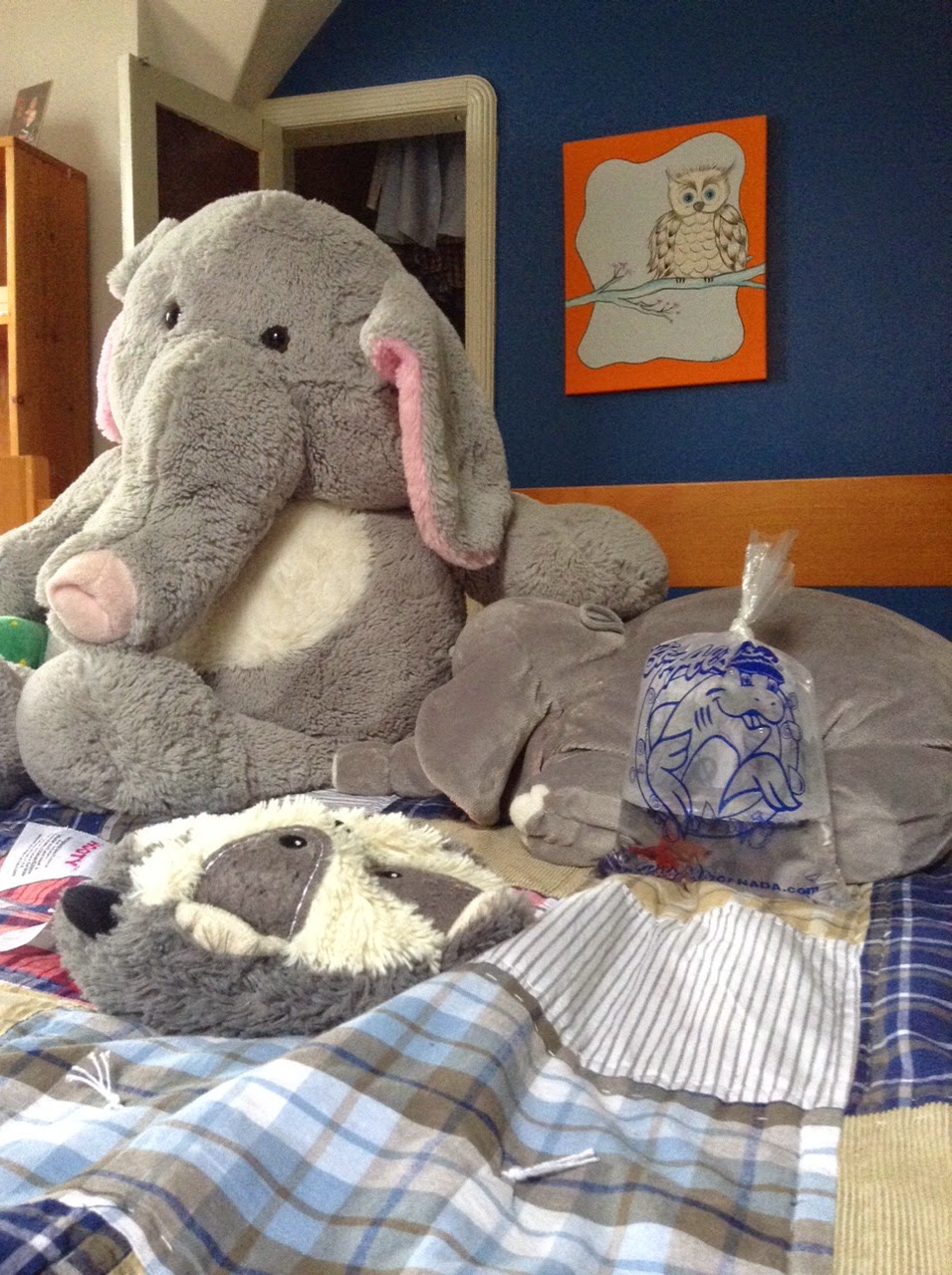 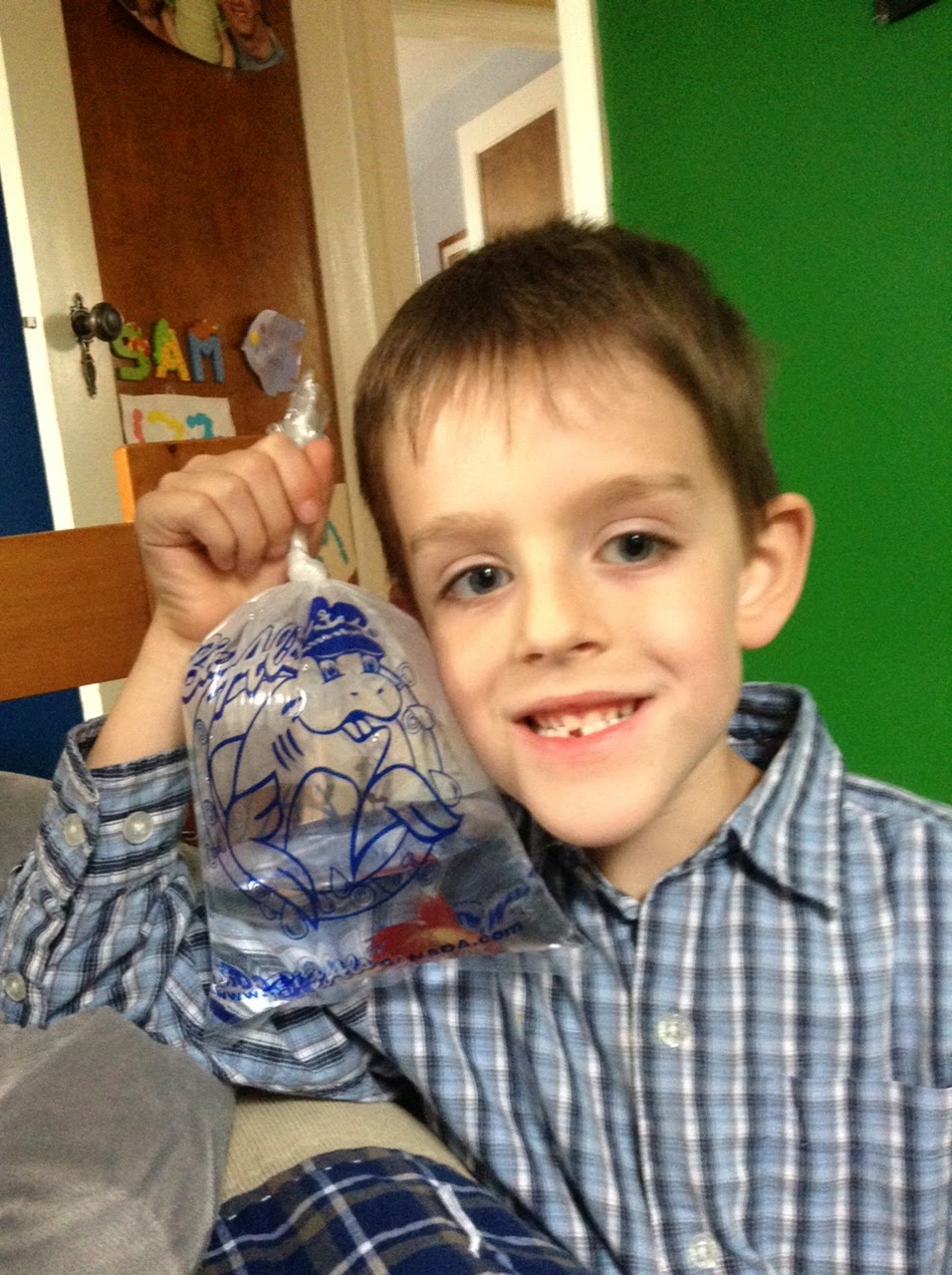 Sam's birthday party was last Sunday and as usual we did a toonie party. (The "toonie" is the Canadian $2 coin, for those of you who don't know/remember.) We asked each guest to bring at least two toonies -- one to go to a gift for Sam and one to go for a donation. He knew for awhile that he wanted a fish for his birthday gift. We were going to go and get it last Monday night but then Sam had the never ending stomach flu.

So we made the grand trek on Sunday. After talking to the people at the store, we got a beta fish, which Sam named, "Beta." He thought it would be funny if Beta just lived at the end of his bed with Big Elephant. I agreed that it was (temporarily) a good home. 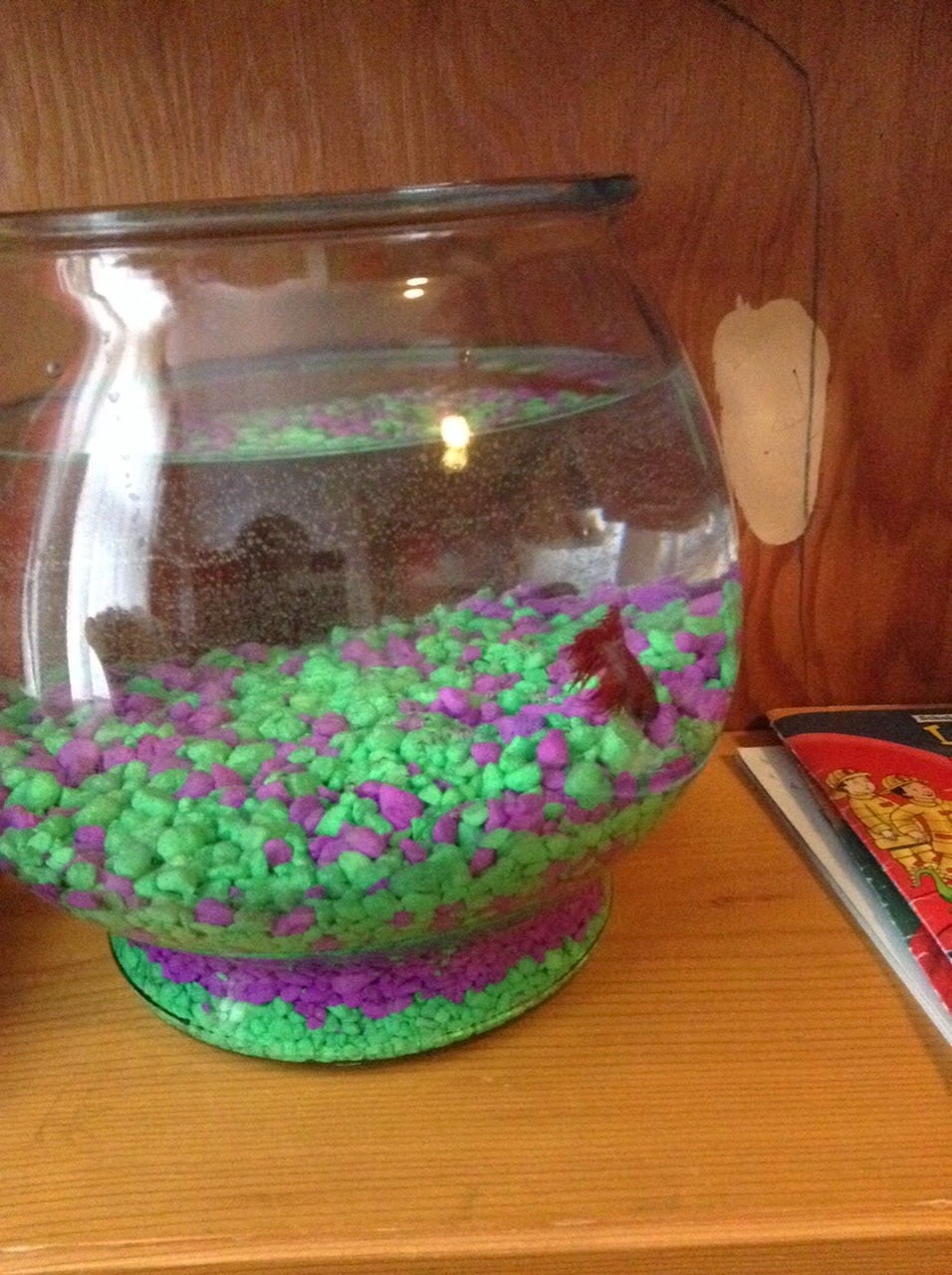 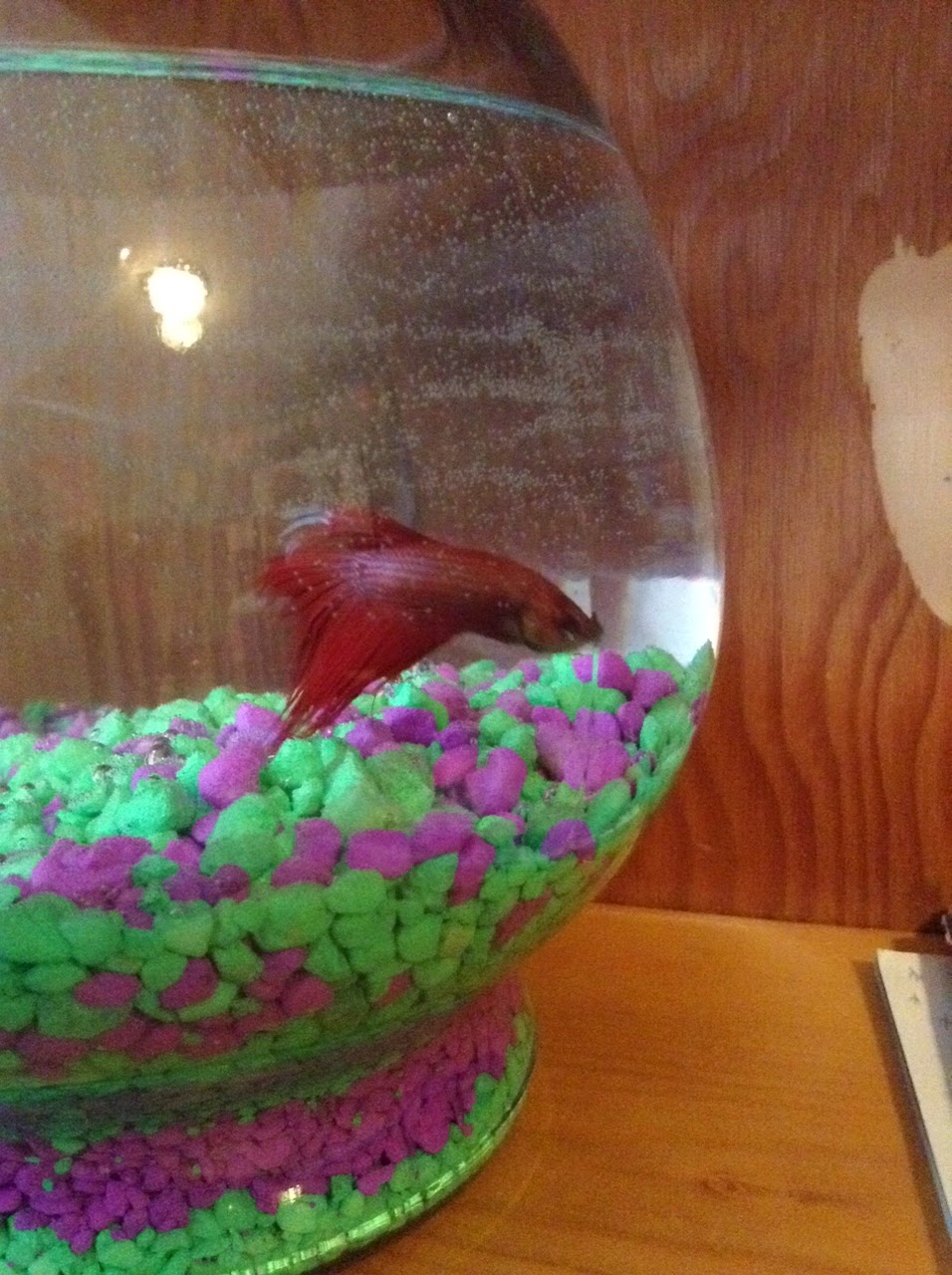 And now Beta is swimming around in his bowl, on Sam's bookshelf. Happily, Beta doesn't need a lot of care. We only have to feed him one (freeze dried) worm every two days, clean out half his water every week or so, and clean his entire bowl every two-three months. As far as pets go, this is enough responsibility for me Sam.

Also, Rachel is jealous that Sam got $4 from the tooth fairy so last night she put some of her money (a whole 45 cents!) in Sam's special tooth holder and slept with it under her pillow. She really hoped The Tooth Fairy would be tricked and leave her some more money. I think she was a little disappointed this morning when she woke up and discovered that her experiment failed. Better luck next time Rachel :)
Posted by Natasha at 07:28