A Glimpse Into A Life Of Luxury

Dave here, jumping in for a guest post. While Natasha, Sam, and Rachel were hanging out with Amy and her kids, I decided to hit the road and visit the Biltmore, which was an hour from Greenville. The Biltmore was built by the Vanderbilt family in the 1890's as a "getaway" from New York City, and is the largest privately-owned house in the United States. 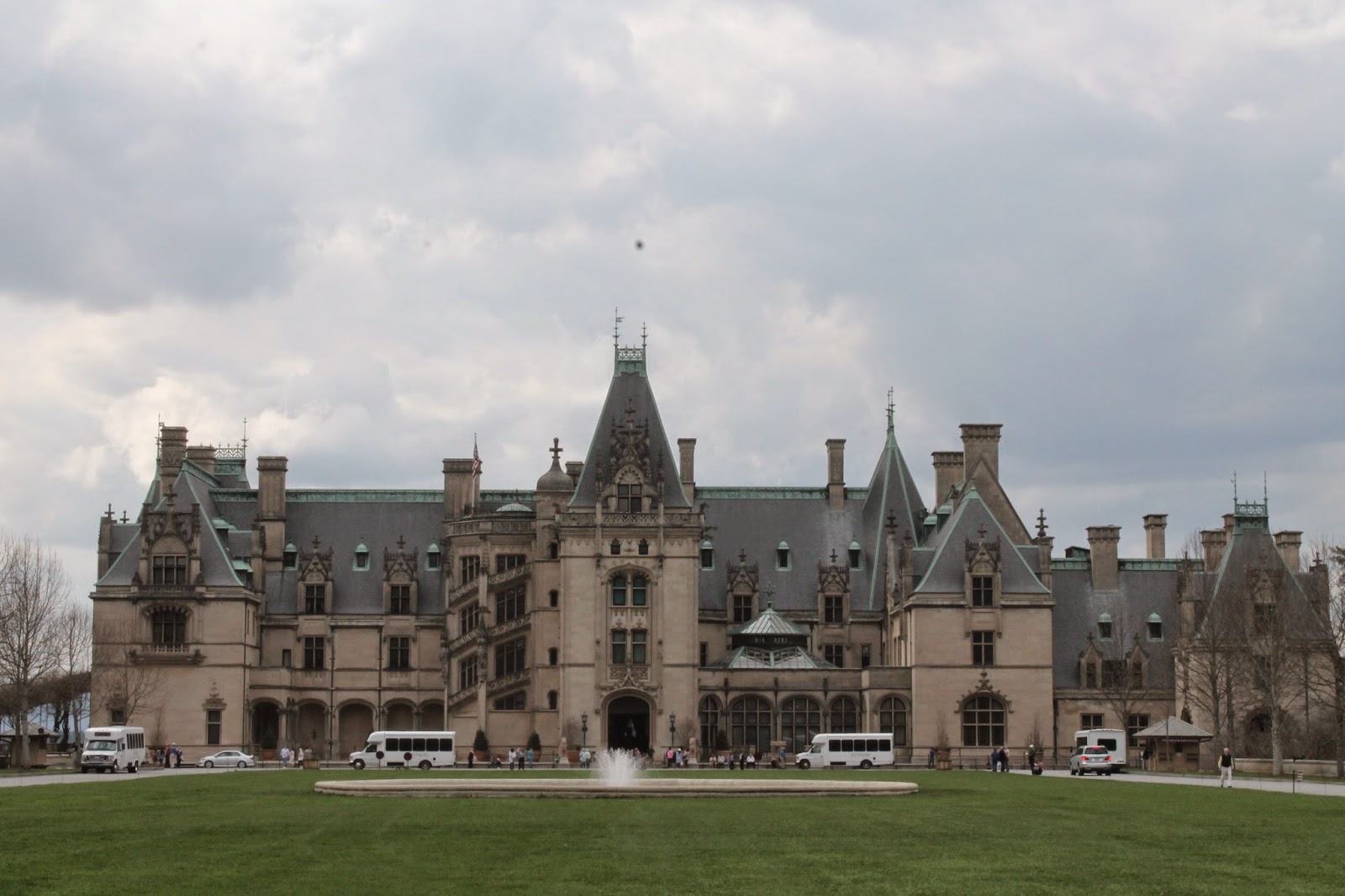 The Biltmore has 250 rooms, and 4 acres (just under 180,000 square feet) of space. I took a tour of the house, and unfortunately picture-taking wasn't allowed, so I can't share any pictures of the interior. Suffice it to say, the place is huge, and quite honestly I found it a bit much after a while; there was an entire room devoted to several huge tapestries, and room after room (bedrooms, sitting rooms, guest rooms, etc.) filled with countless paintings, sculptures, and intricately-carved furniture.

One cool surprise was an exhibit of costumes from Downton Abbey, on display in various rooms throughout the house. At each display, they had a brief description of the costumes being shown ("Lady Mary's dress, featuring... umm... red fabric of some kind..." obviously I'm not a fashion person, per se), some history behind that costume, and what it conveyed about the attitudes of the time. Since the Biltmore was built to imitate the world in which Downton Abbey is set, the costumes fit in very naturally, and it was a somewhat surreal blend of history and fiction.

Although I couldn't take any pictures while inside the house, here are some photos from just outside. 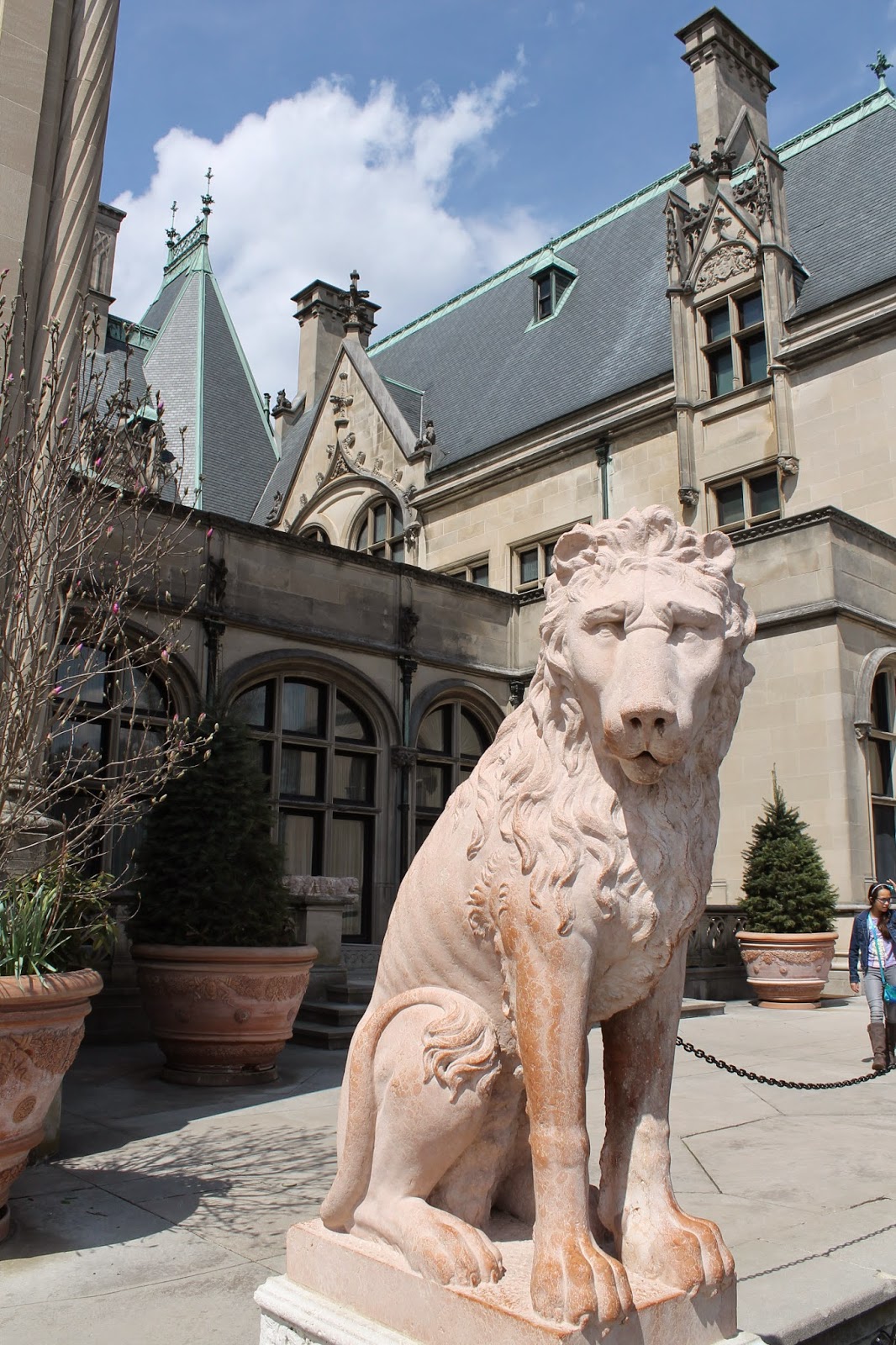 Welcome to the Biltmore. 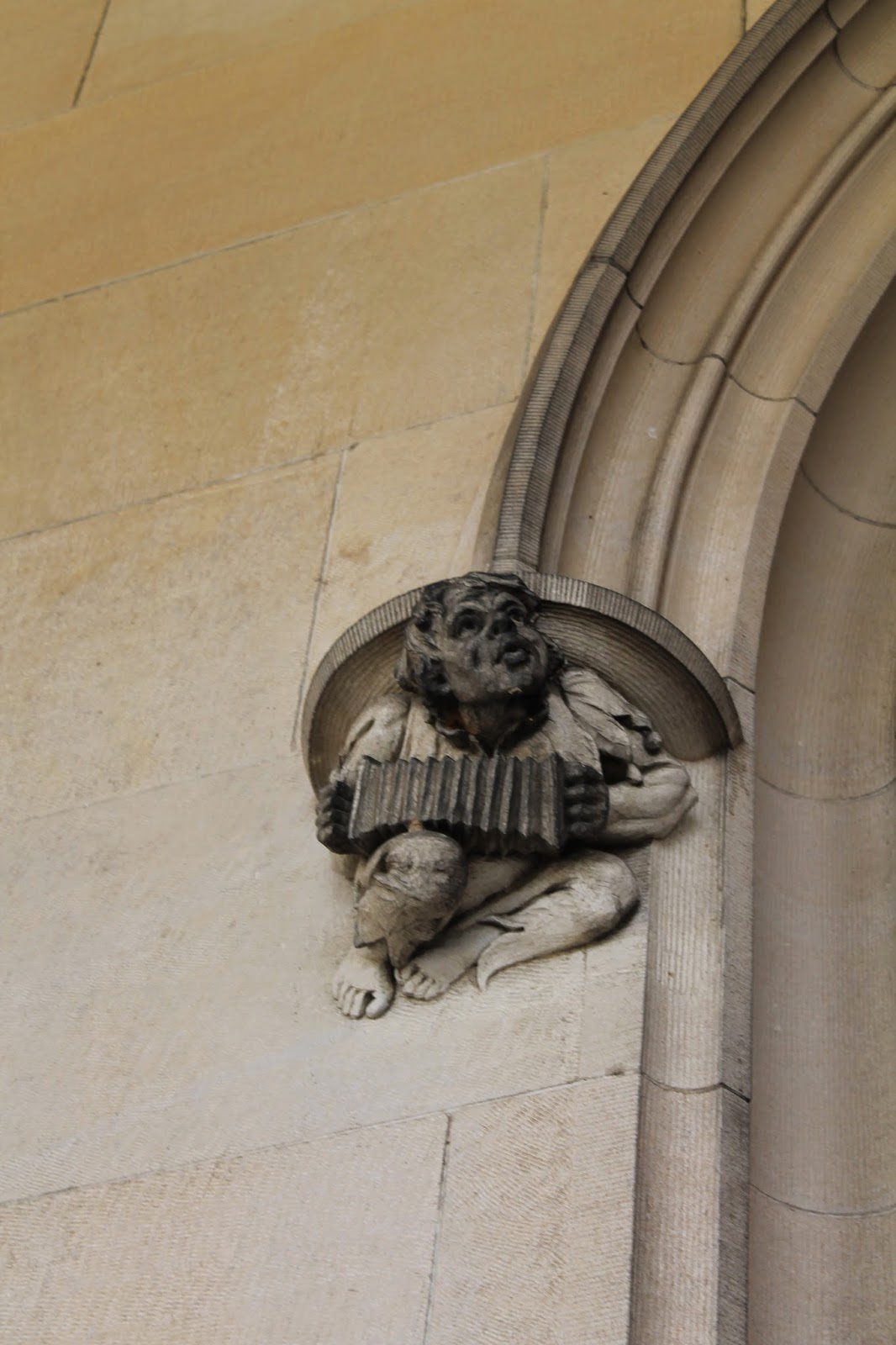 One of the many figures adorning the windows. 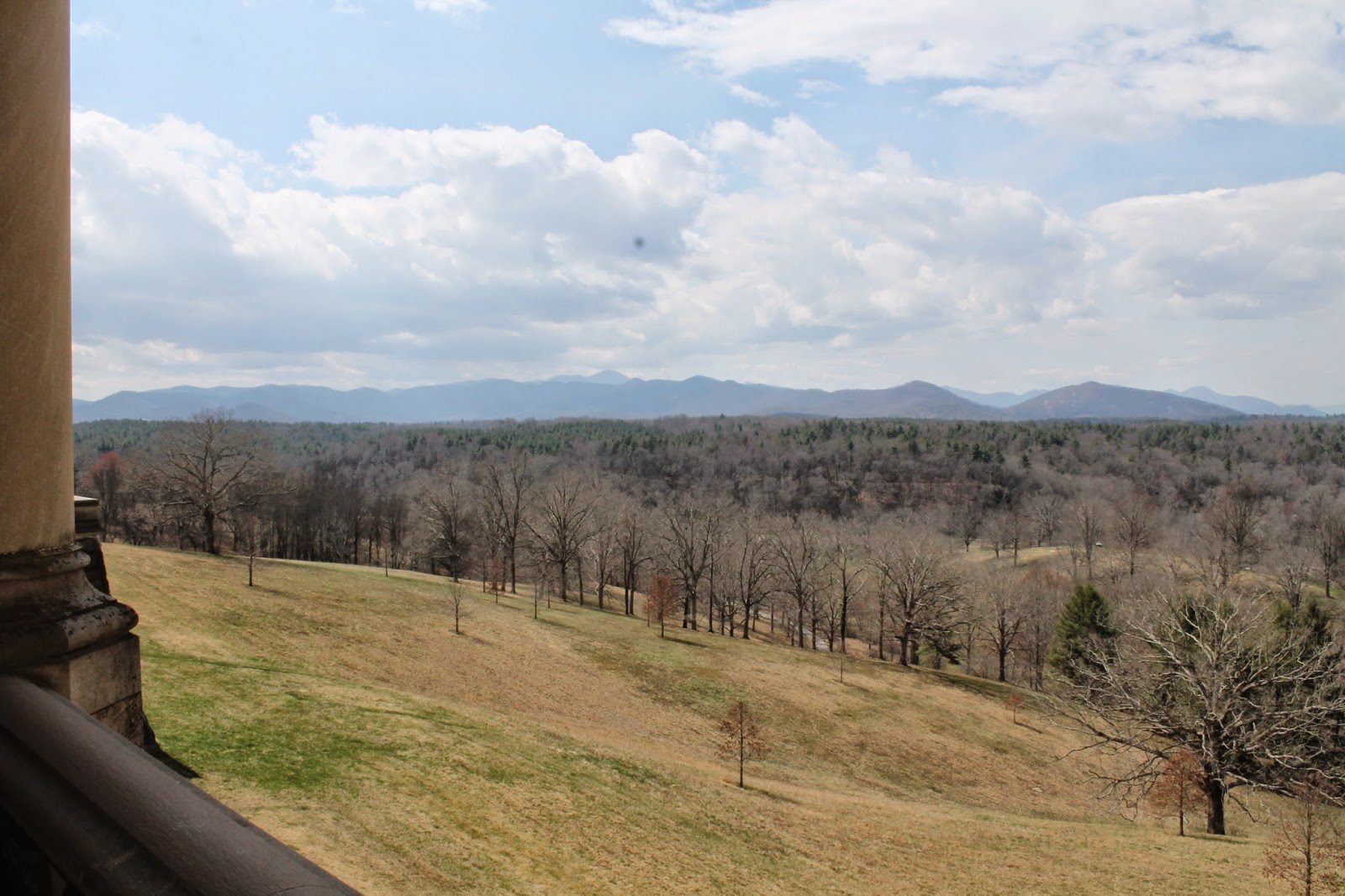 The view from the loggia (a.k.a. back porch), looking out to the Blue Ridge Mountains.

A handful of Greek and Renaissance-style statues on the south terrace.

After wandering inside for a while, it was time to head off to see the gardens. They were also very extensive, and I enjoyed this part of the afternoon much more than the tour of the house. The gardens were designed by Frederick Law Olmstead — who also designed Central Park in New York — and there was a real variety of styles, from a walled English garden, to quiet streams, to huge vine-covered trees. 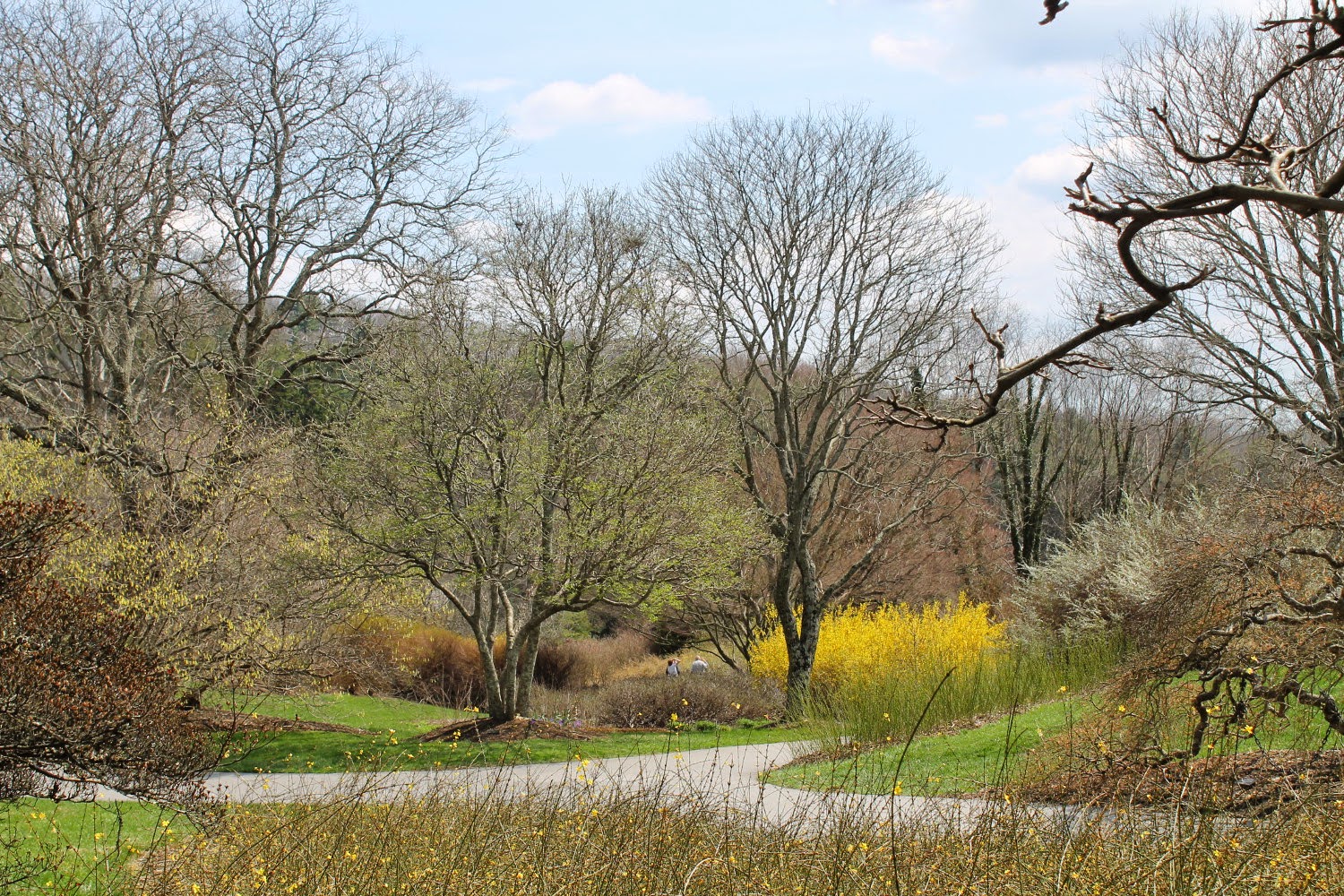 Starting out in the shrub garden... 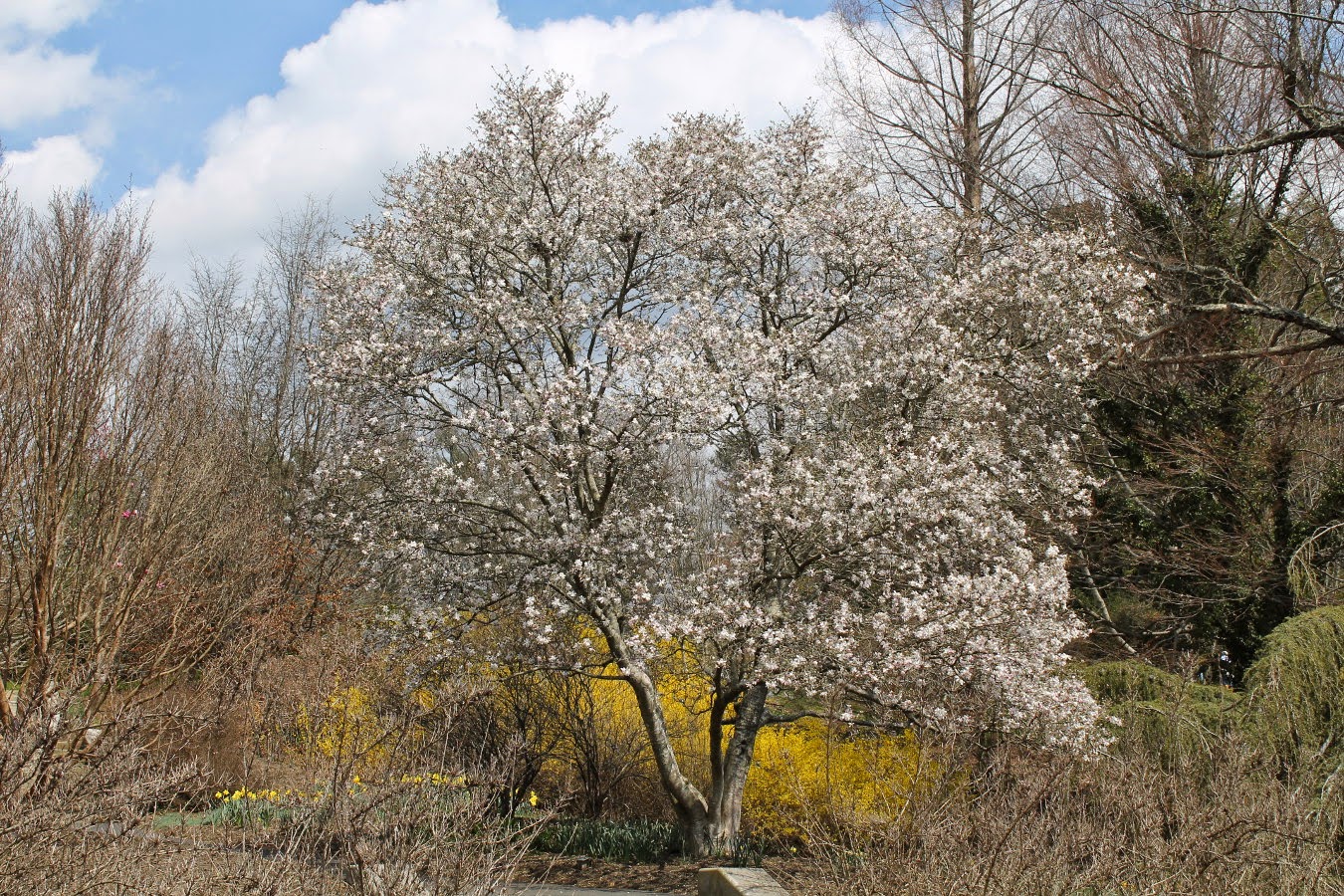 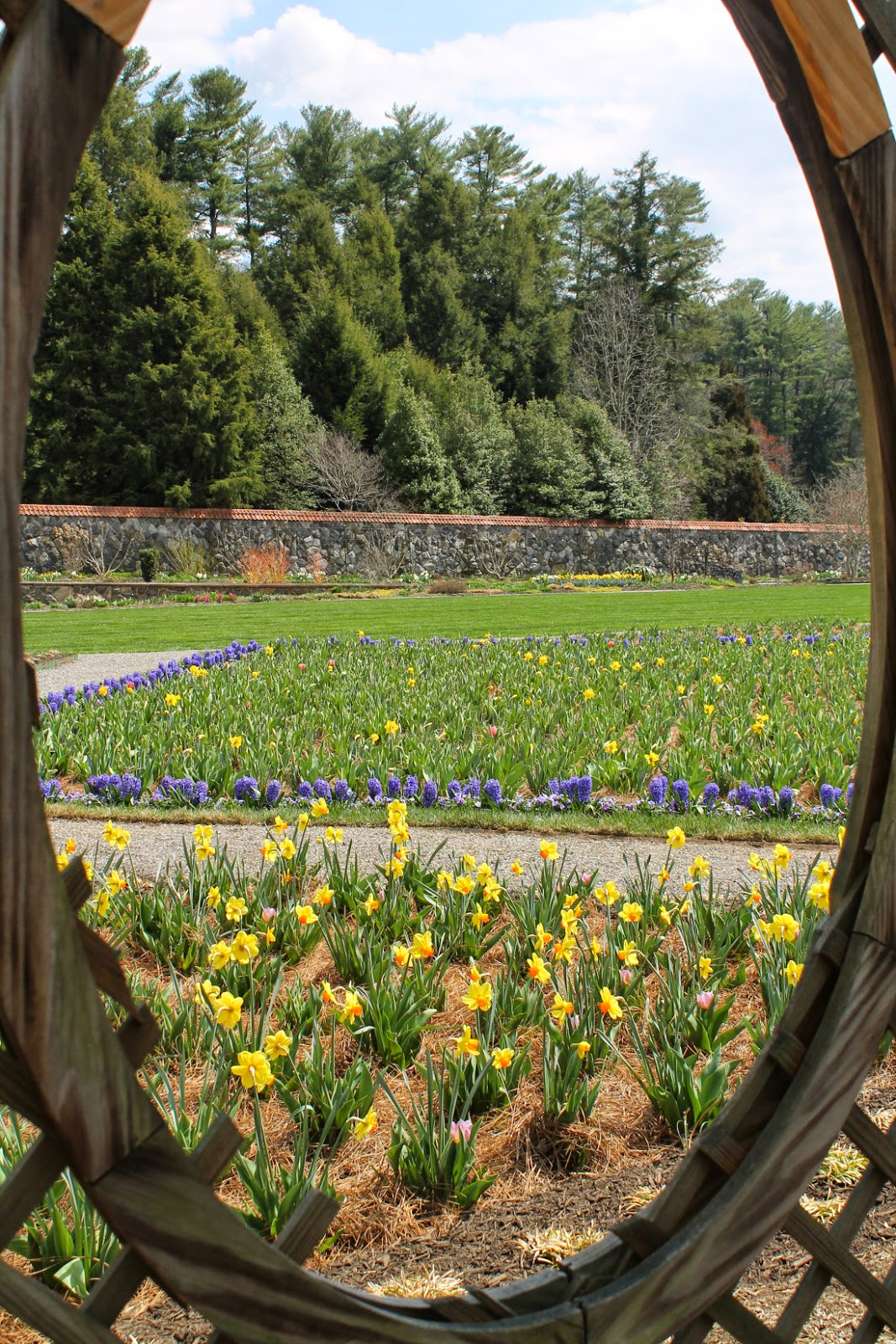 Looking through the lattice to the walled garden 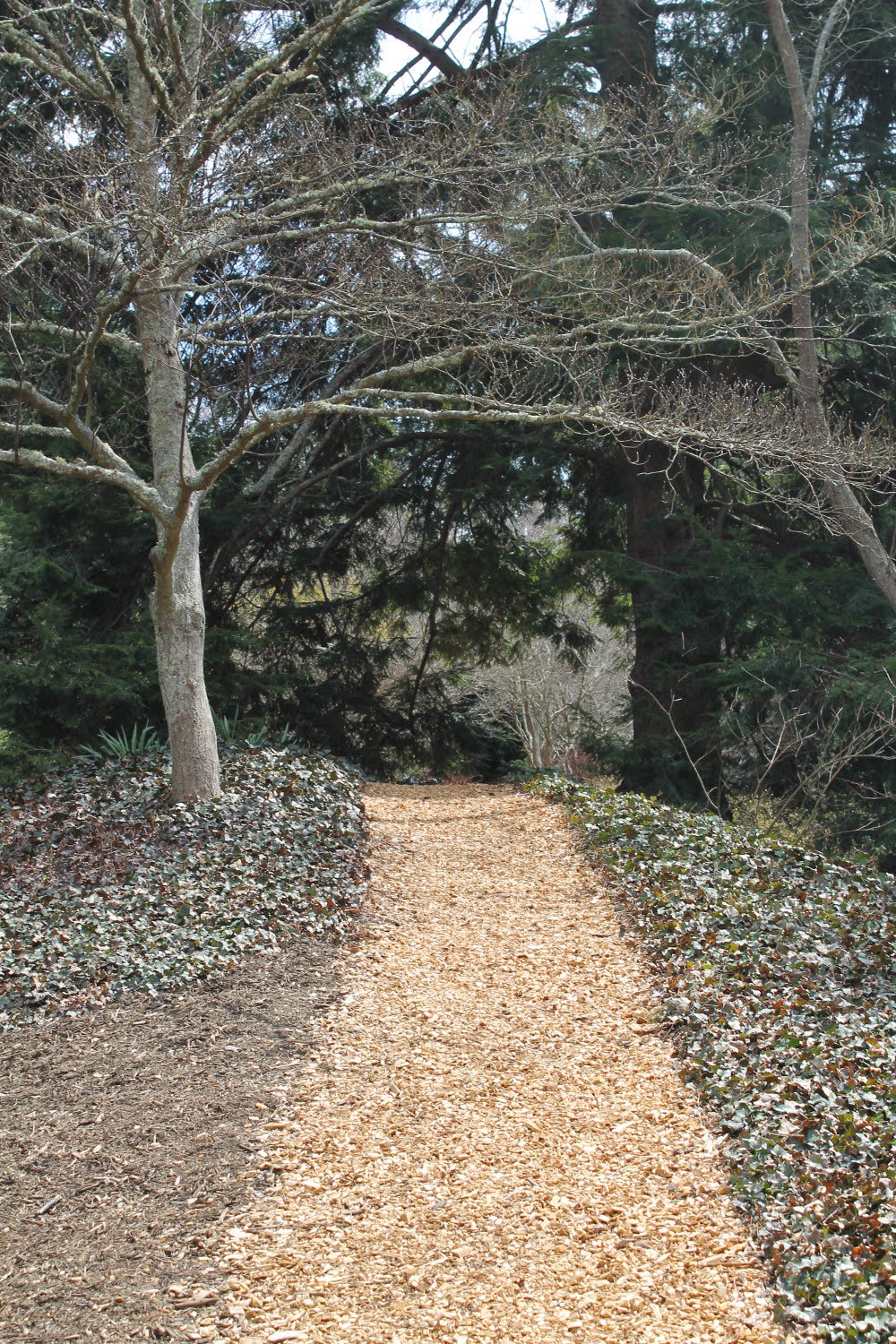 Heading into the Spring garden... 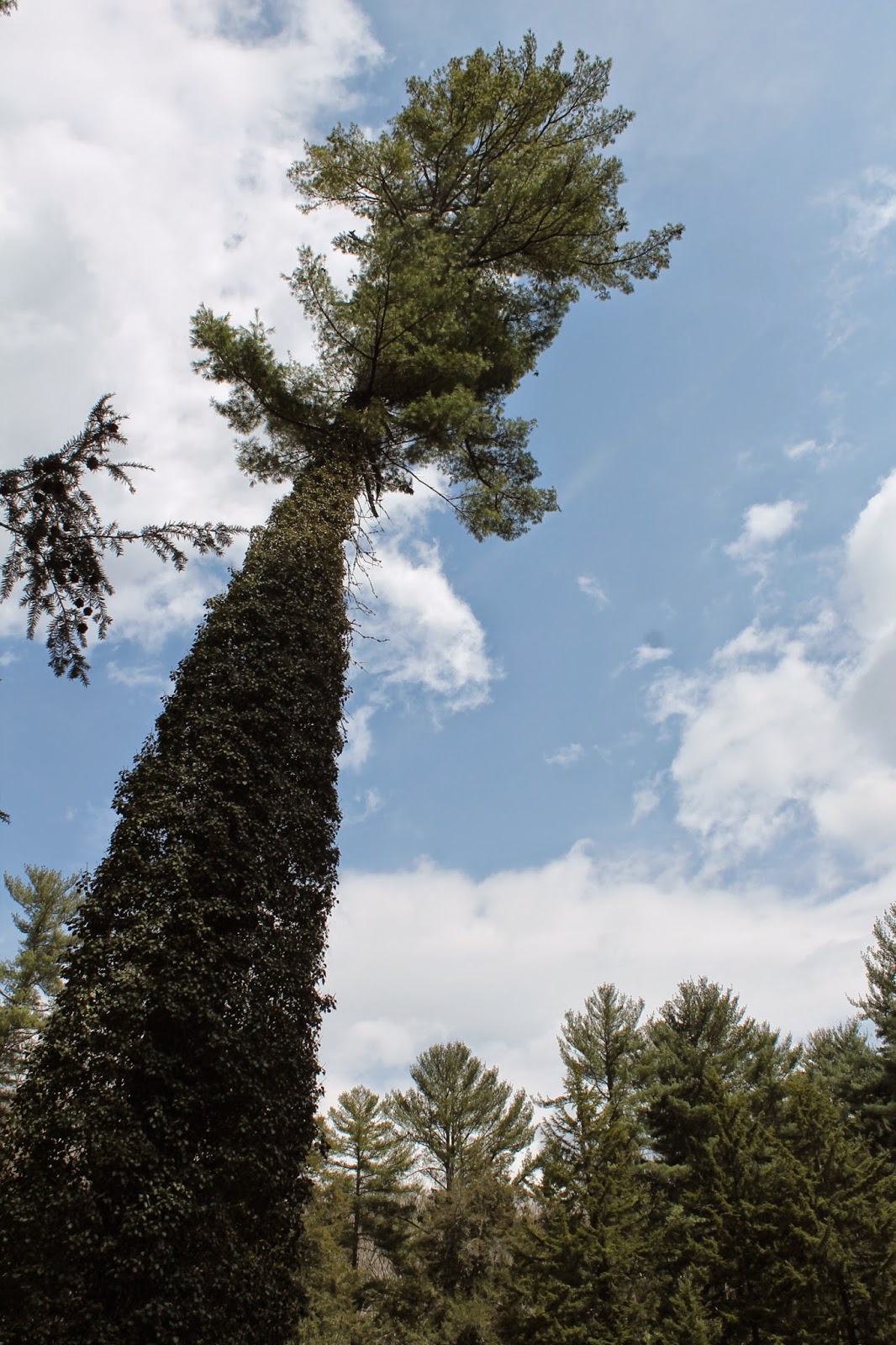 Did I mention the huge trees? 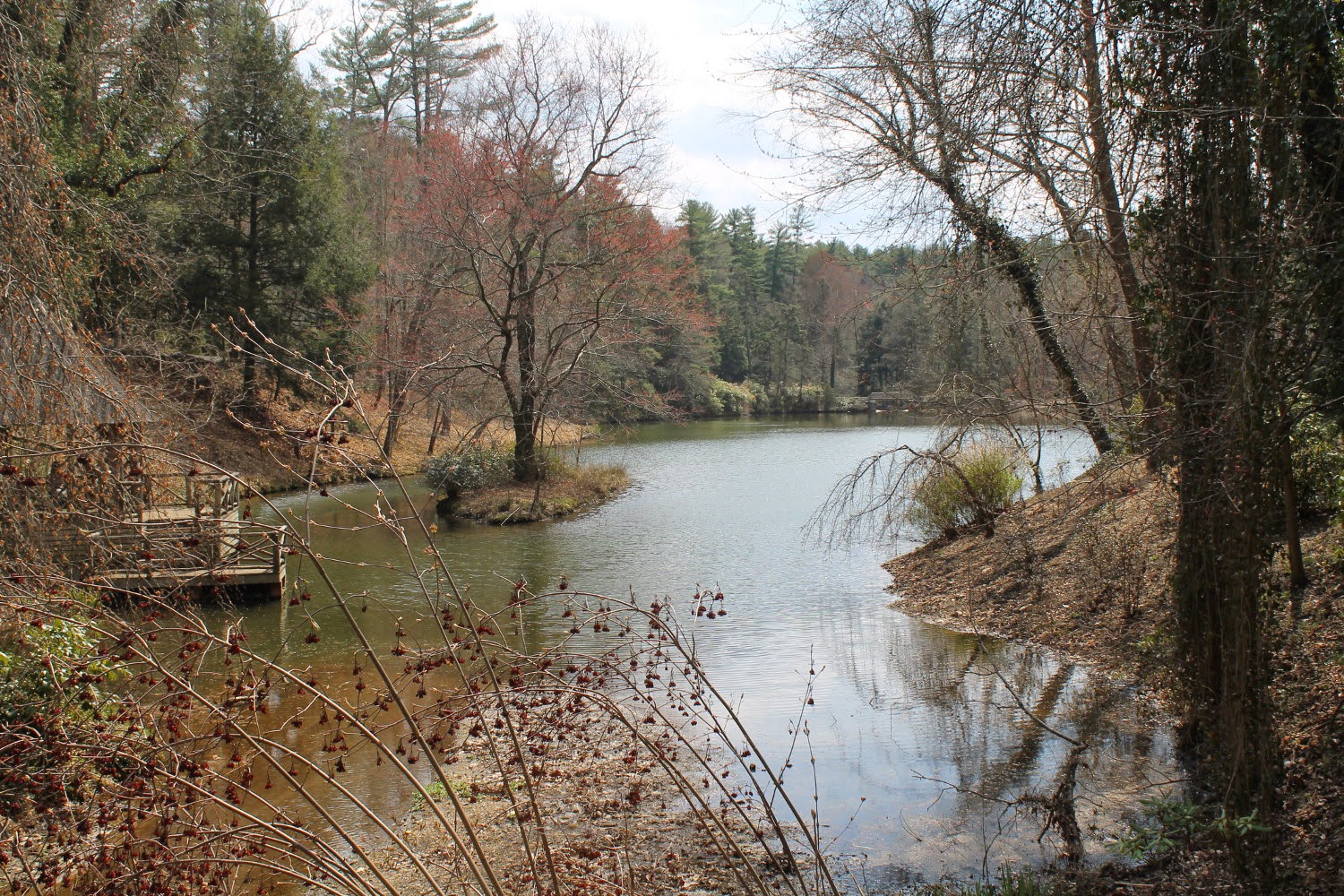 The bass pond, a few miles from the house. 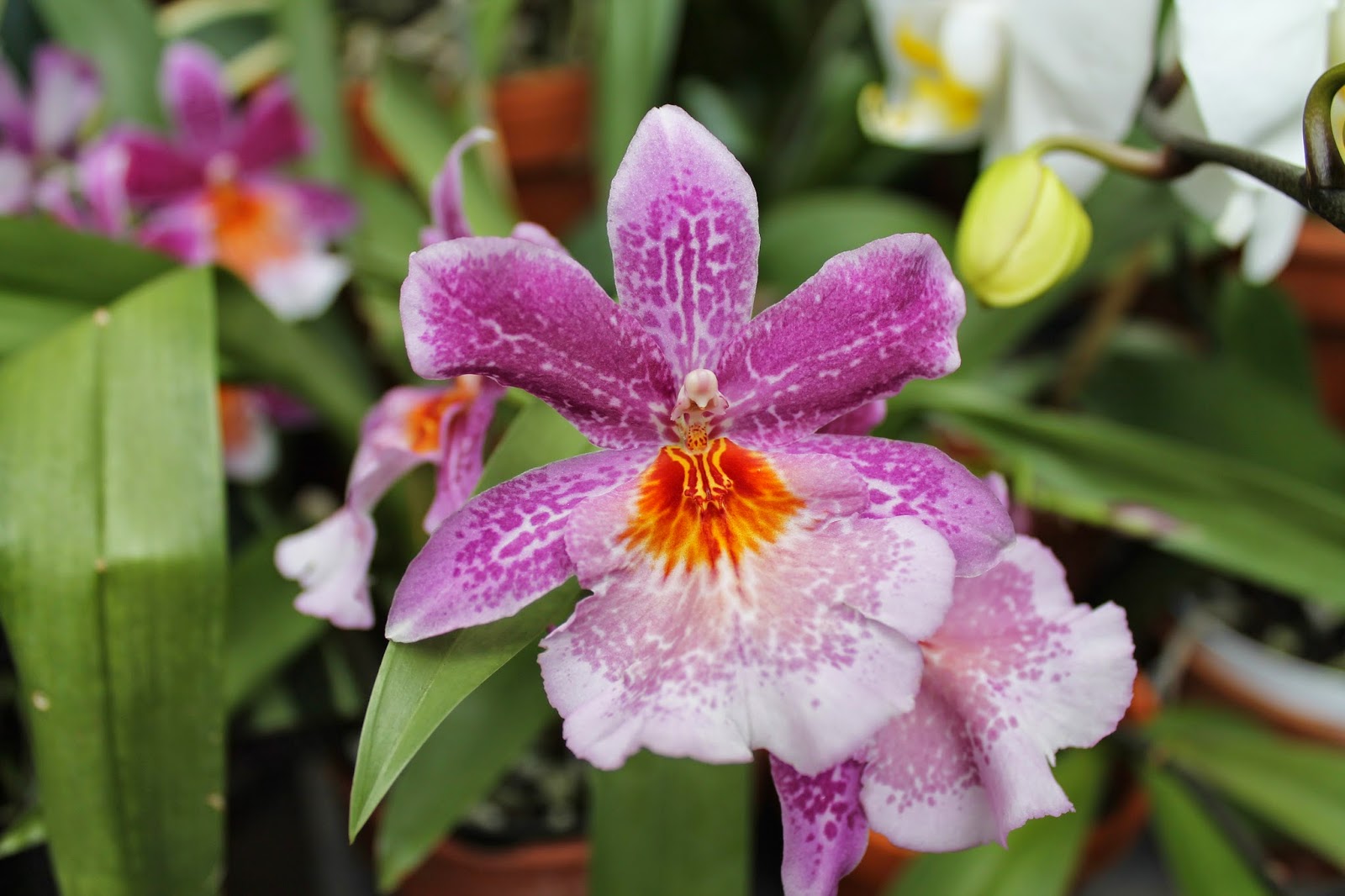 A hothouse flower in the Conservatory. 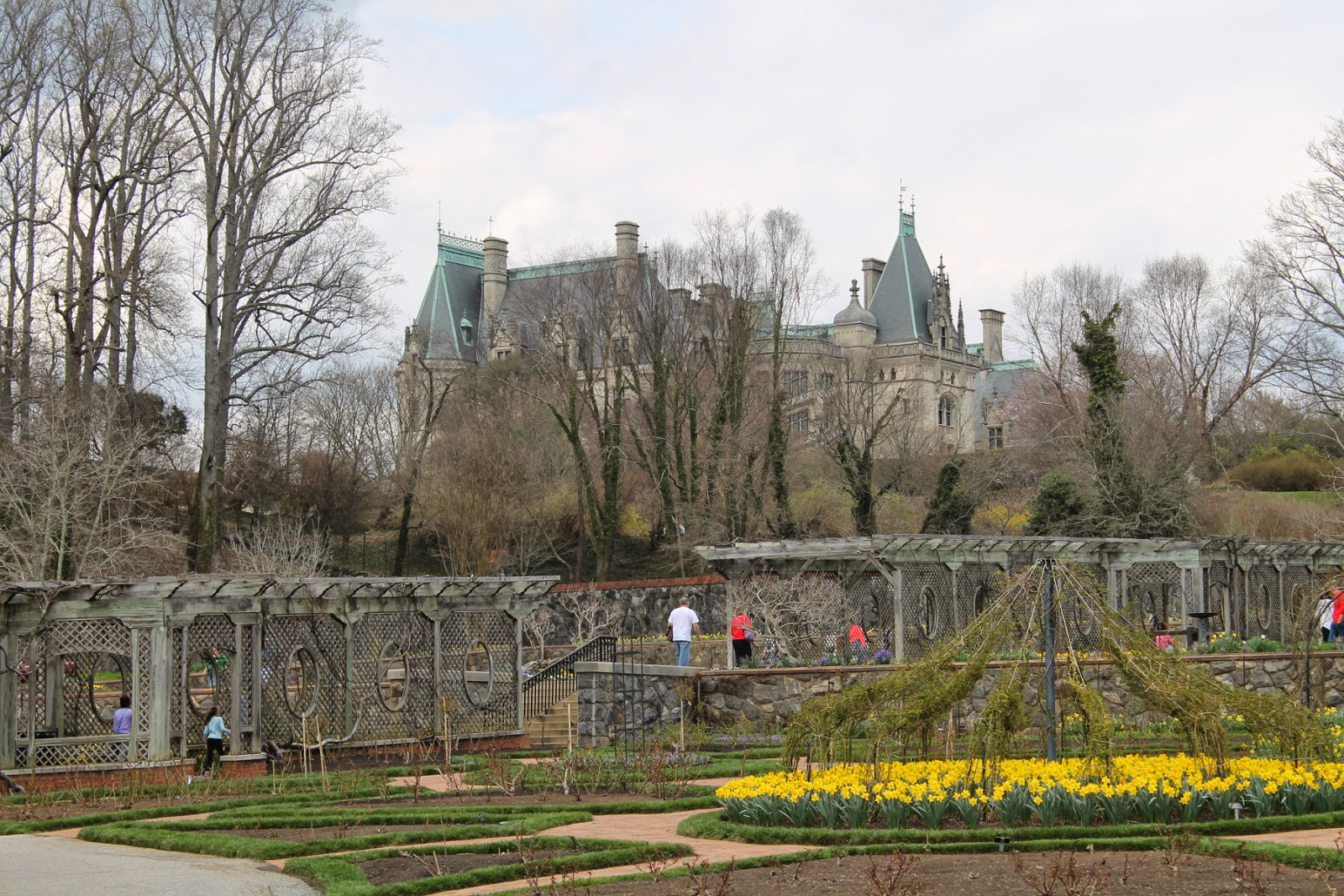 One last view of the house, from the walled garden.

On the whole, I was very glad to have had the chance to visit the Biltmore, as it was definitely a unique experience. It was also interesting to see how a very rich family chose to splurge in the late 1800's, and the ways in which the house drew on European ideas of luxury and culture.
Posted by Dave at 07:34