While it was Easter this weekend for Christians, it was also the beginning of Passover for Jews. Passover is when Jews remember how God led the Israelites out of Egypt, freeing them from Pharoah. This is an important story for Christians as well.

One of the main ways Passover is celebrated is by having two seders, which is a retelling of the Passover story using various foods as symbols. Another way of marking Passover is by not eating anything that is leavened for the eight days of Passover. Dave and I don't do this very well :) 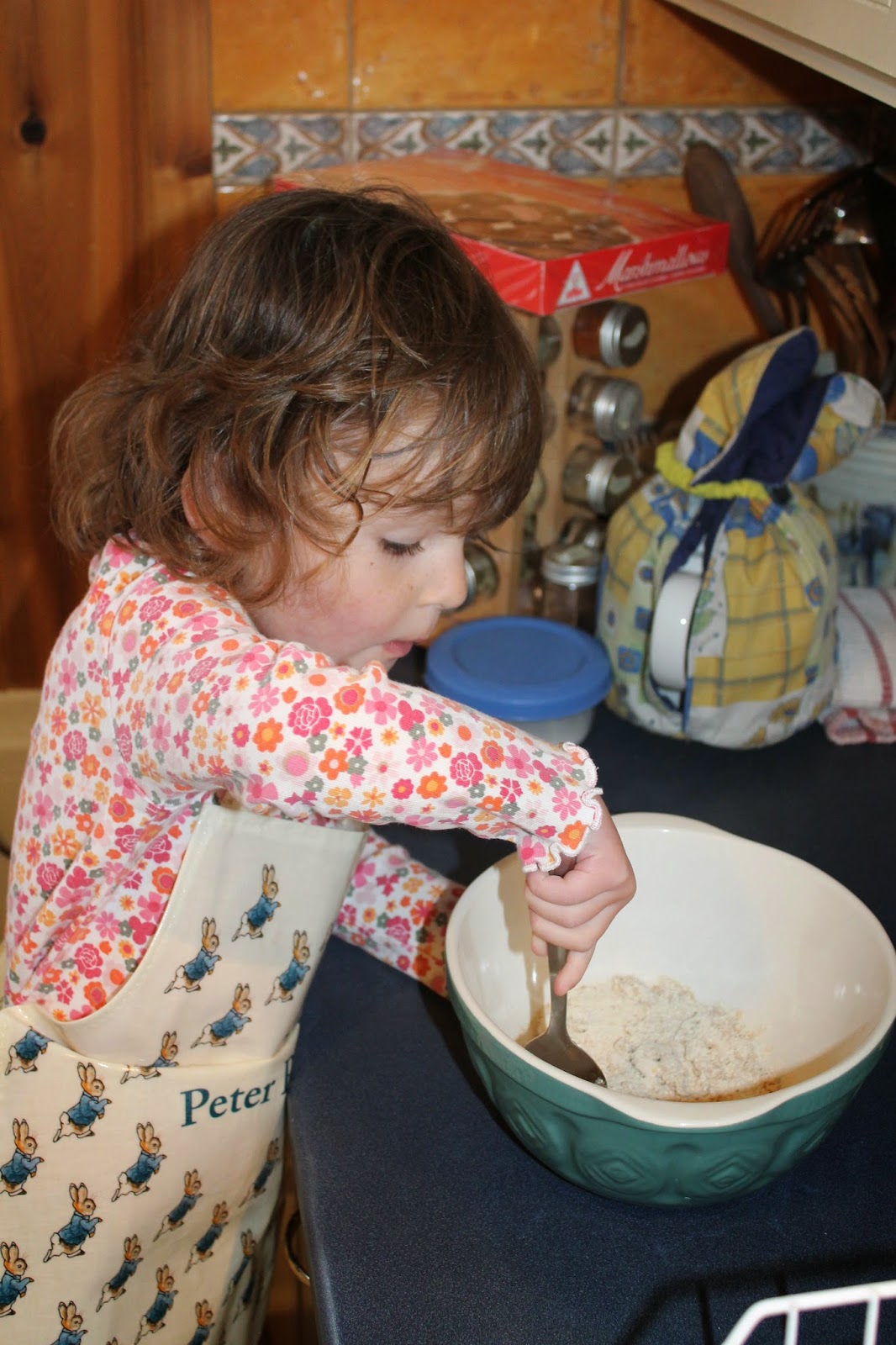 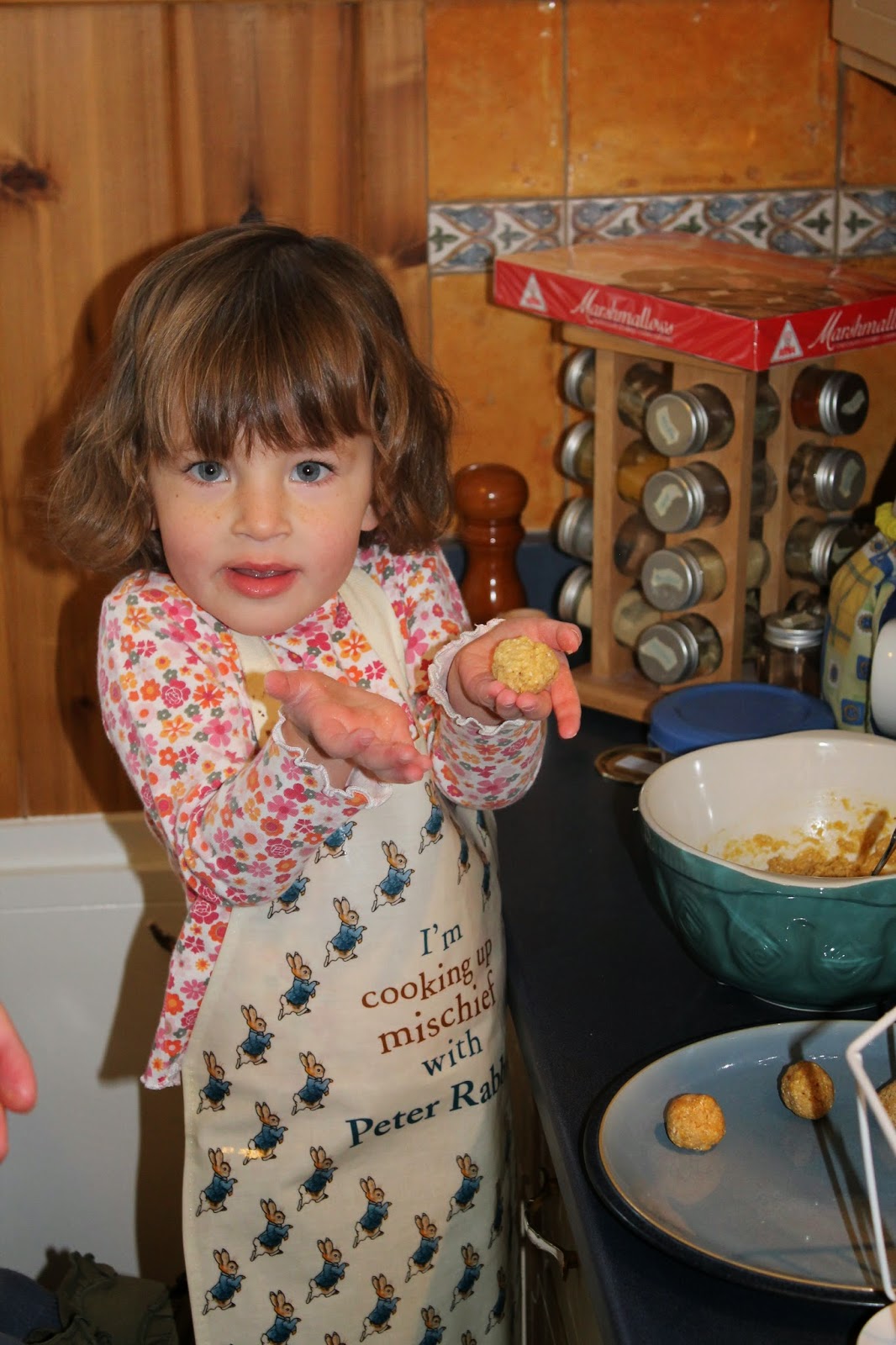 We had our first seder on Friday night with Dave's family and then we were going to have a quiet second seder on Saturday night, just the four of us. However, with everything going on that day, we decided to switch it to Sunday night. So Sunday afternoon, Rachel and I mixed up matzo (pronounced "matz-ah") for matzo ball soup. Matzo is an unleavened bread made especially for Passover. It kind of tastes like an unsalted cracker. It can then be ground into matzo flour, which is what we used for the soup. 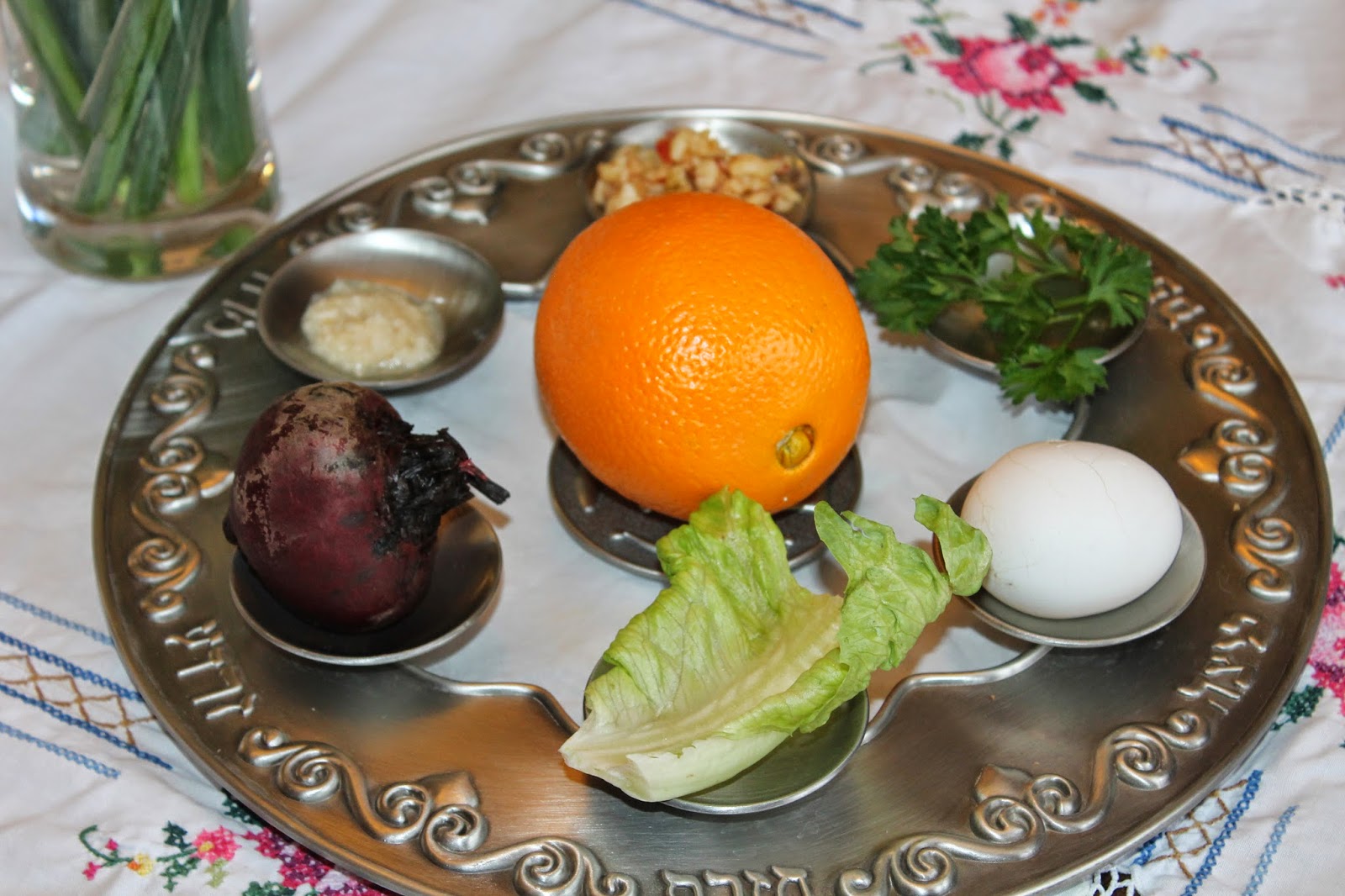 The seder plate is full of symbols for the story. The lettuce leaf and the horseradish are "bitter herbs" to remind us of the suffering of slavery. The roasted egg is a sign of spring. The parsley (or "karpas") is another sign of spring and new life. At the back of the seder plate is a mixture of apples, red wine, walnuts, and cinnamon called "haroset" which reminds us of the mortar the Israelites used to make the bricks for the Egyptians.

The beet replaces the shank bone for us. This reminds us of the lamb which was sacrificed so the Israelites could mark an "X" on their doors so the Angel of Death would pass over their houses, thus saving them from the plague of the Death Of The Firstborn. A beet's juice looks like blood so that is why it is used as the alternate. 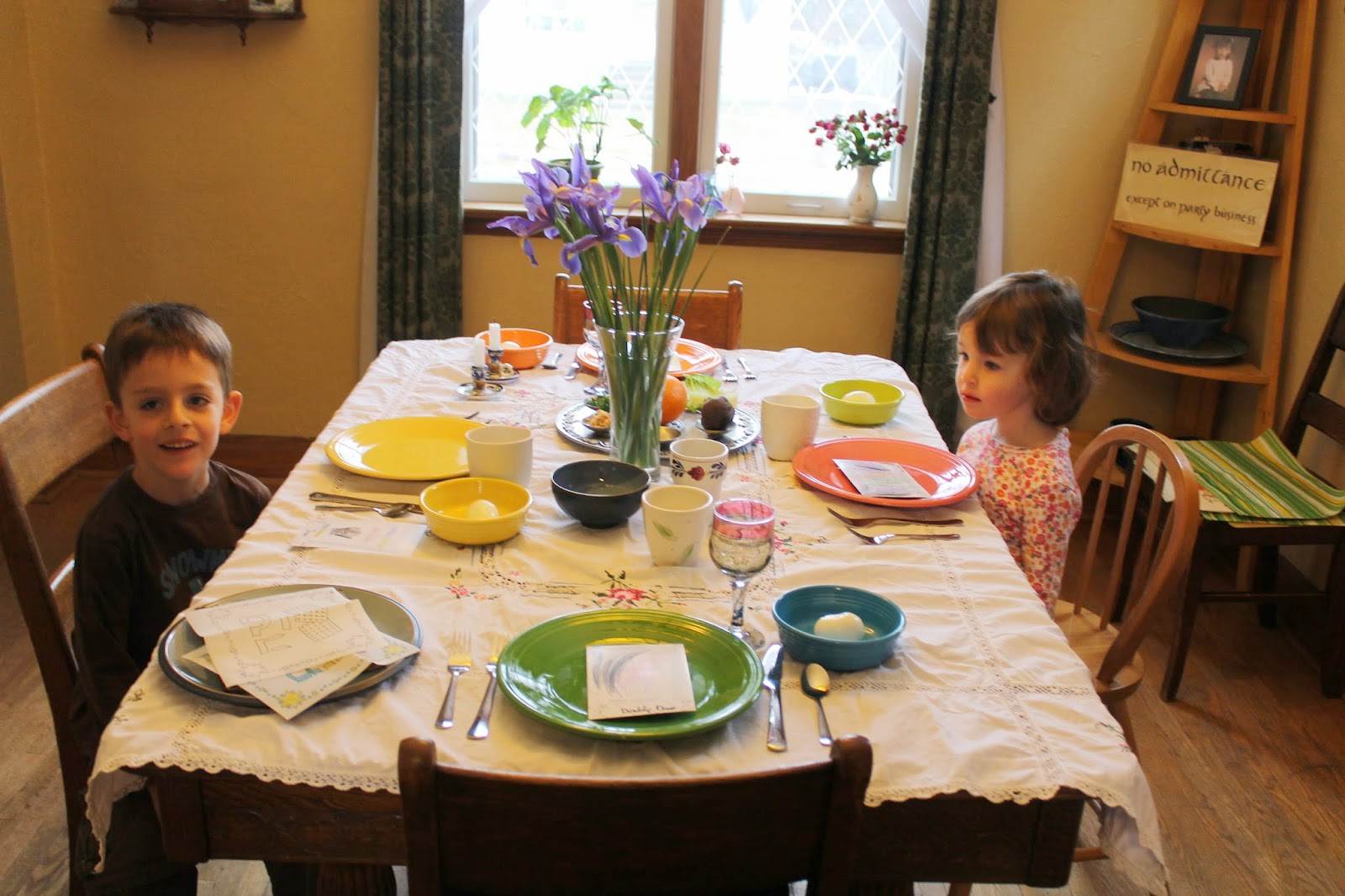 Our Passover table was set with the seder plate, which we were using for the first time as it was a wedding gift from Dave's aunt and uncle in Israel which we just got in October in New York. I also used the festive Fiestaware dishes and a tablecloth from Dave's grandma. 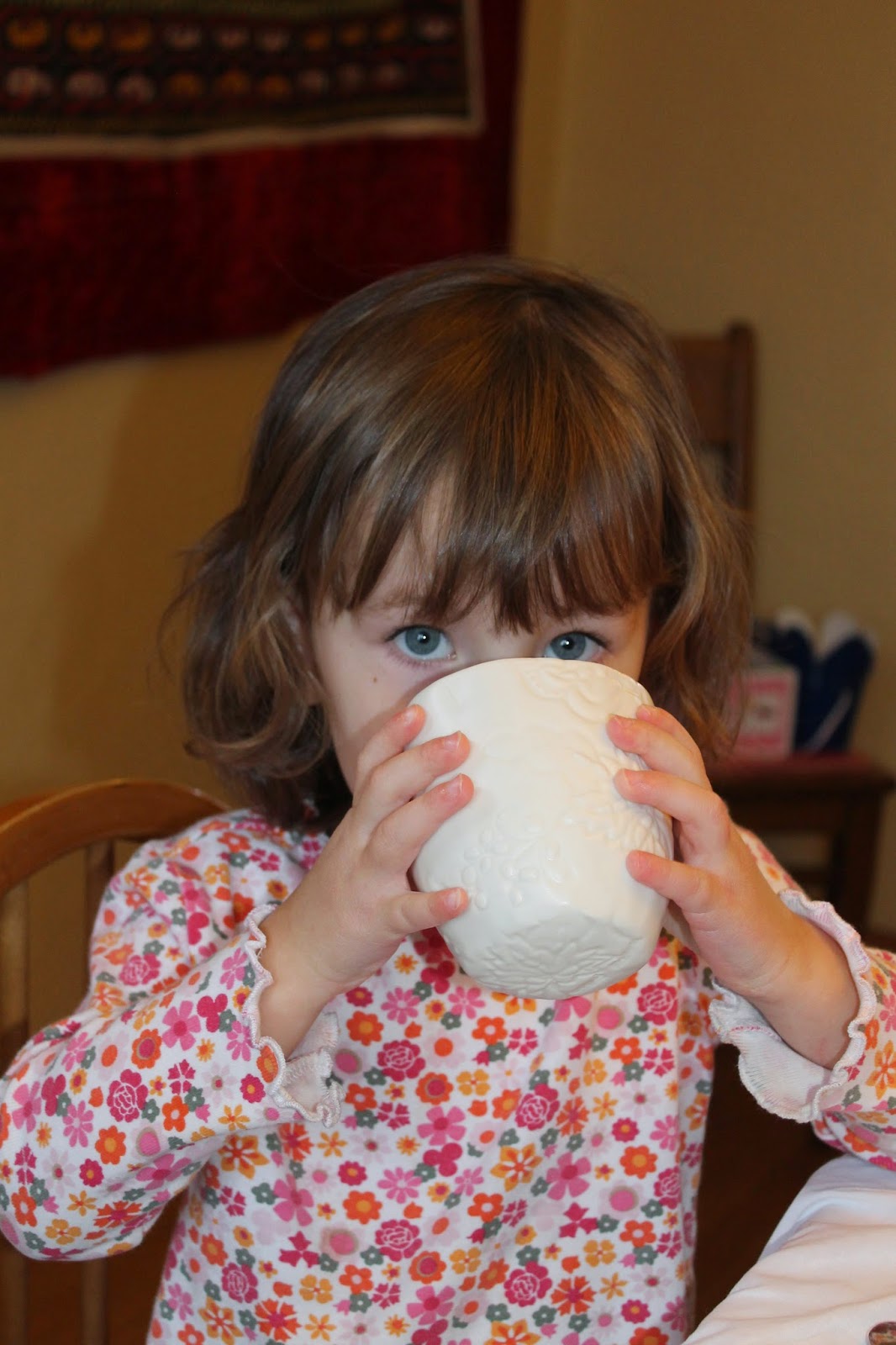 Rachel enjoyed all four cups of her "kid wine." Sadly, we somehow lost the actual bottle of wine we had bought for the seder. If anyone knows where it is, please tell us as Dave and I are wracking our brains trying to figure out what happened to it. Weird. 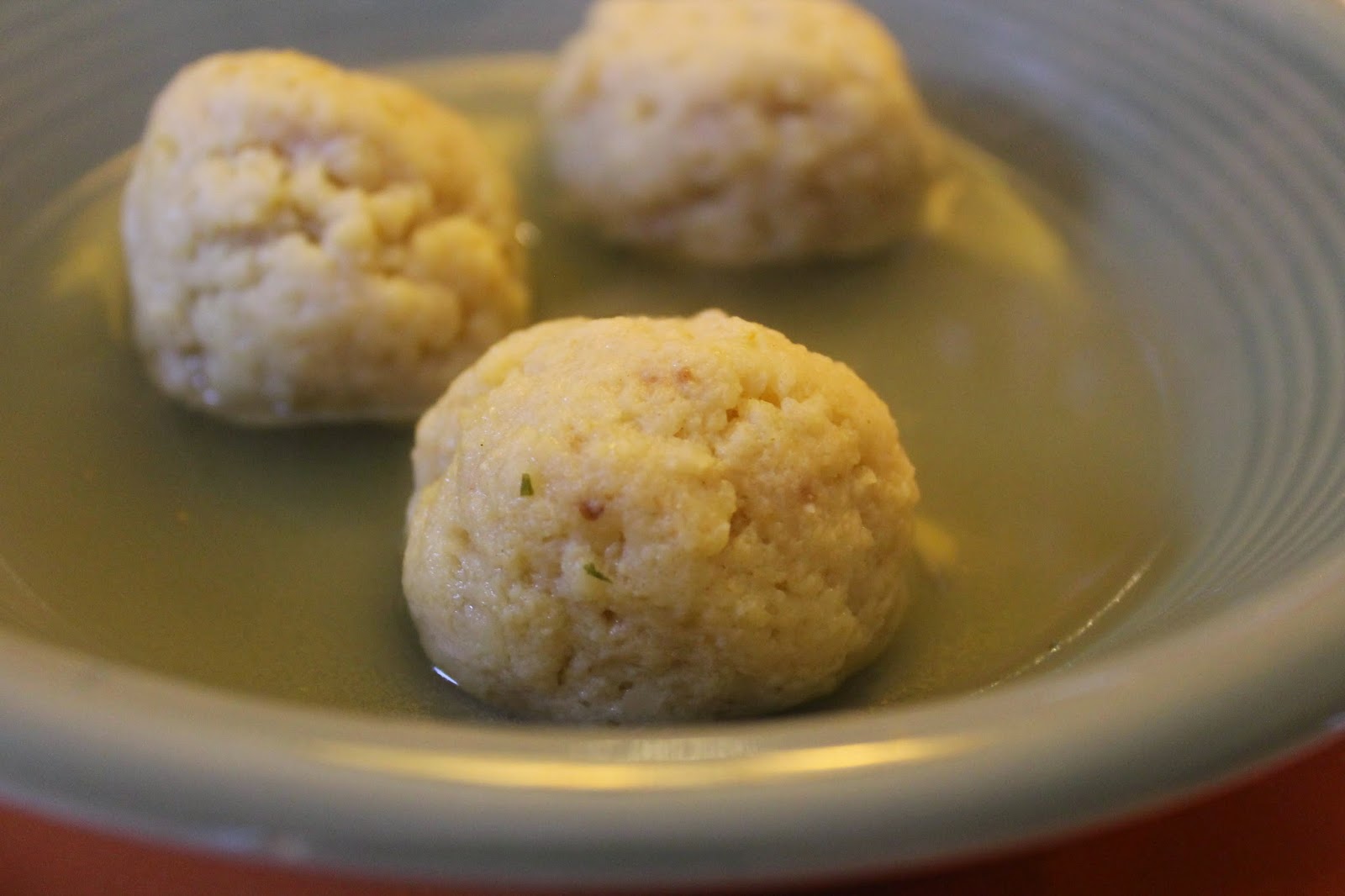 I absolutely LOVE matzo ball soup. It's so good! 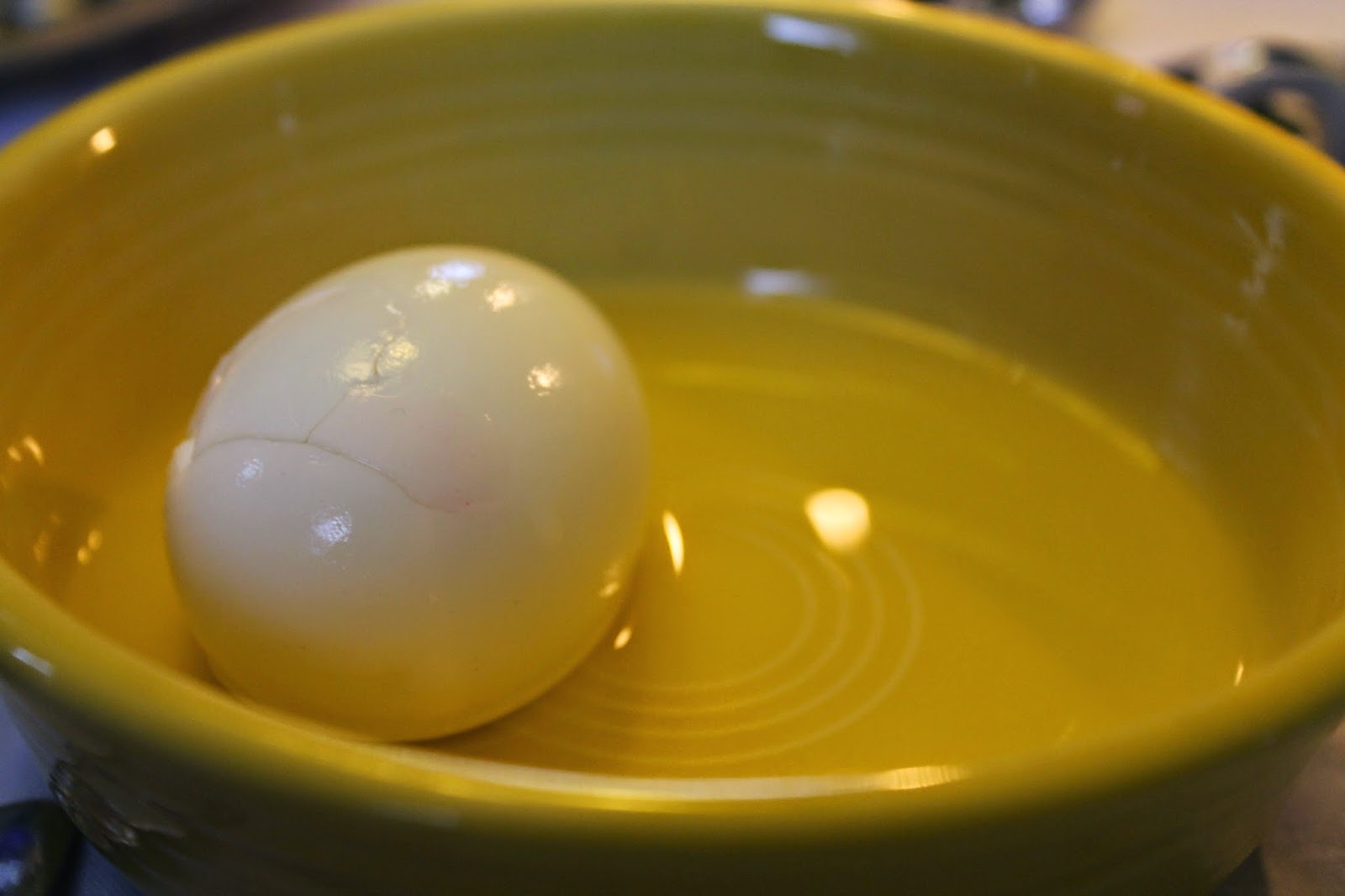 A unique part of our seder this year was Dave's incorporation of Lego to help tell the story. 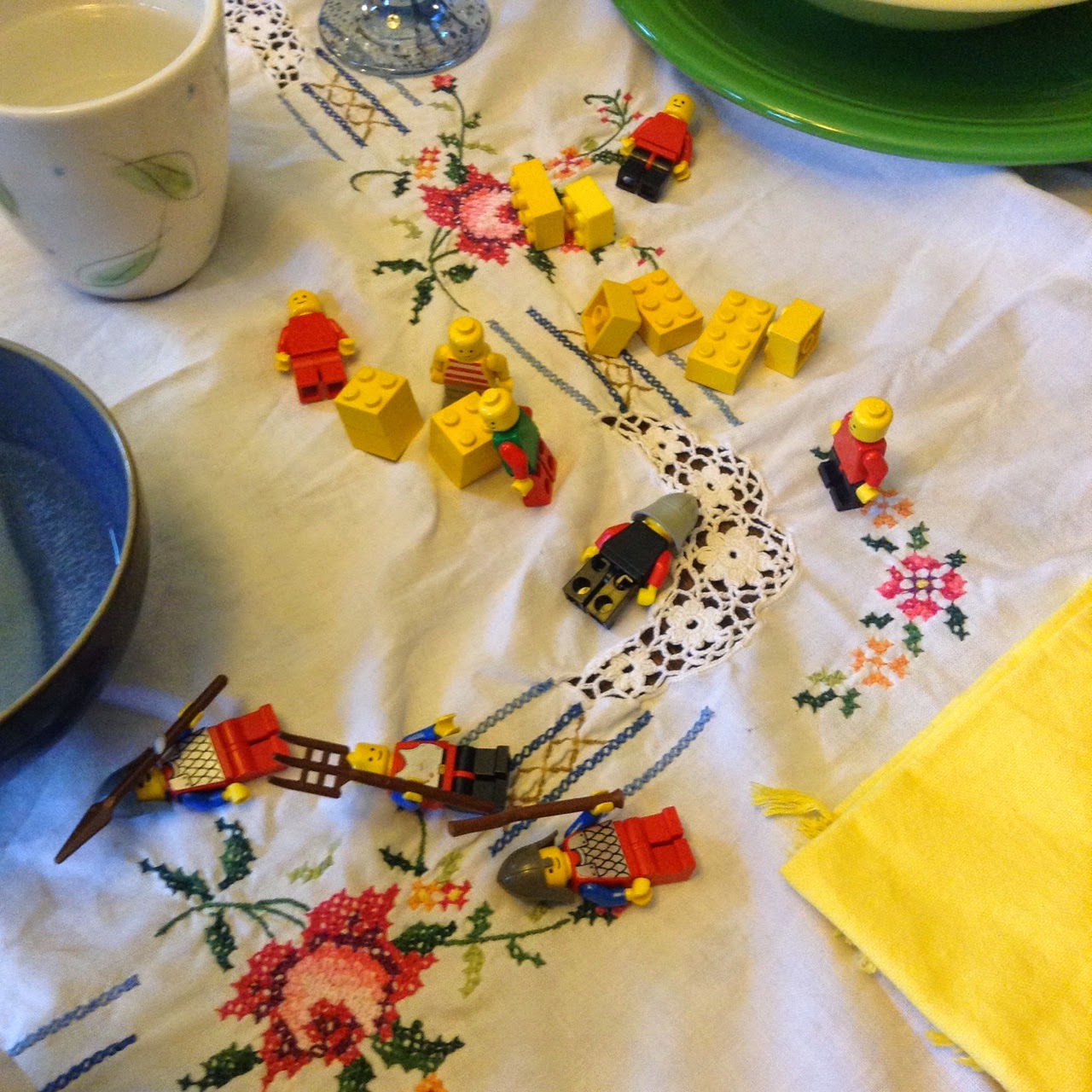 Here are the Israelites making bricks in Egypt under the Egyptians watchful eyes.

Then God chose Moses to tell Pharoah to let the Israelites go. Dave decided that Moses' speech may have sounded something like this! It really is worth a watch :)

After the final plague, Pharoah did finally let the Israelites go and they escaped. 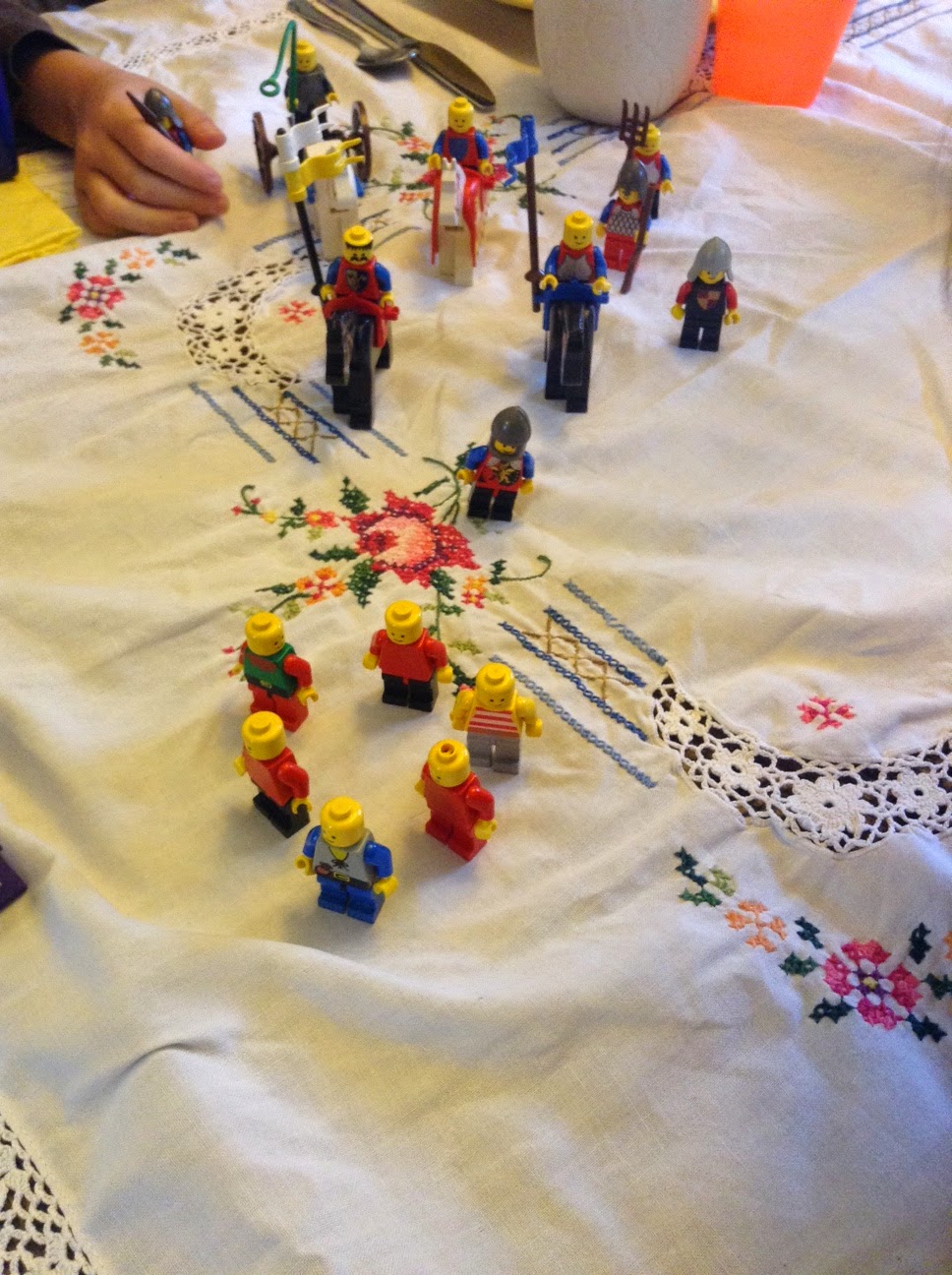 Thankfully, there was another miracle and the Red Sea parted... 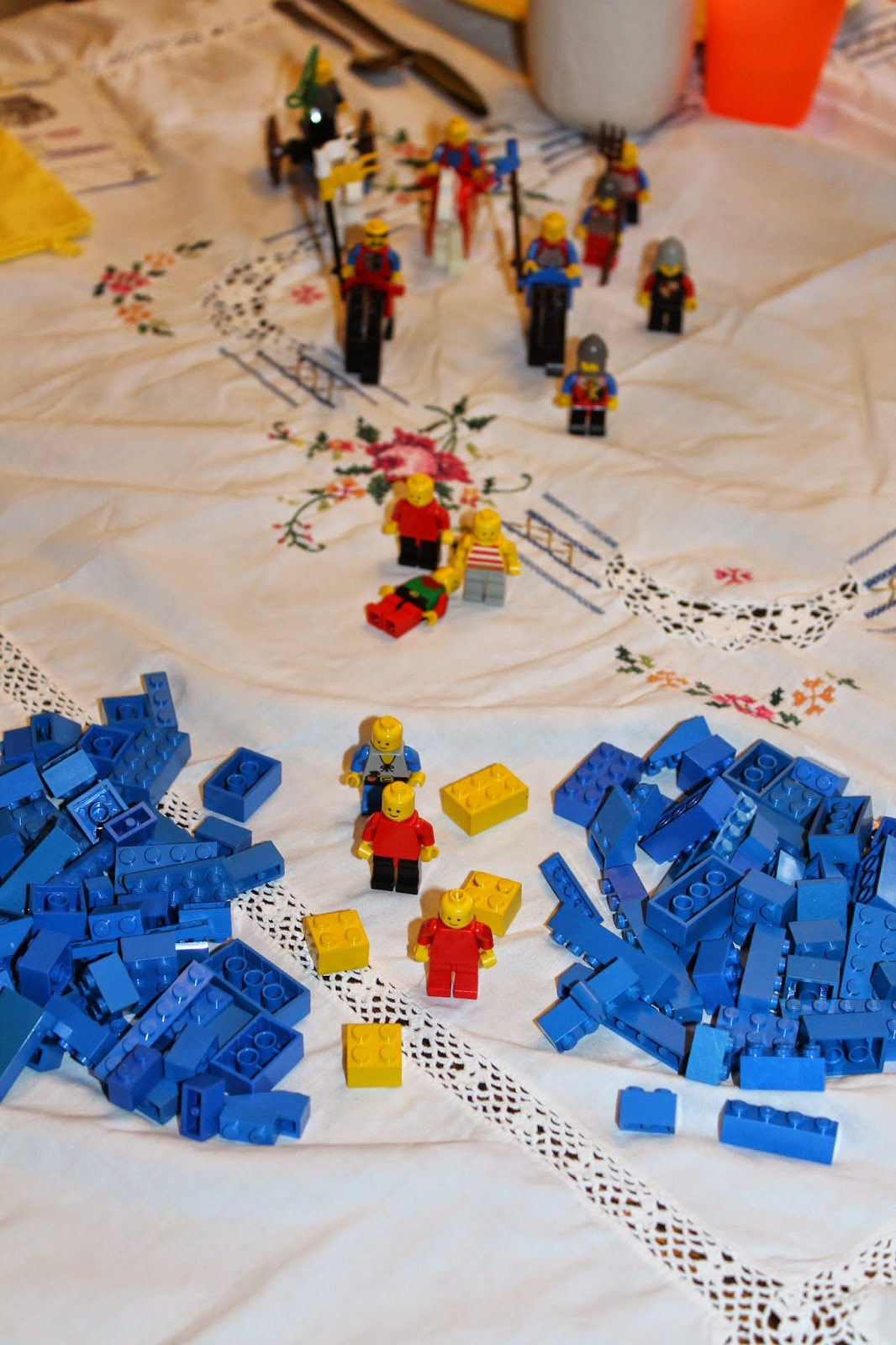 ...and then the Egyptians, who were of rather changeable minds and were chasing the Israelites, were swallowed up when the sea started flowing normally again. 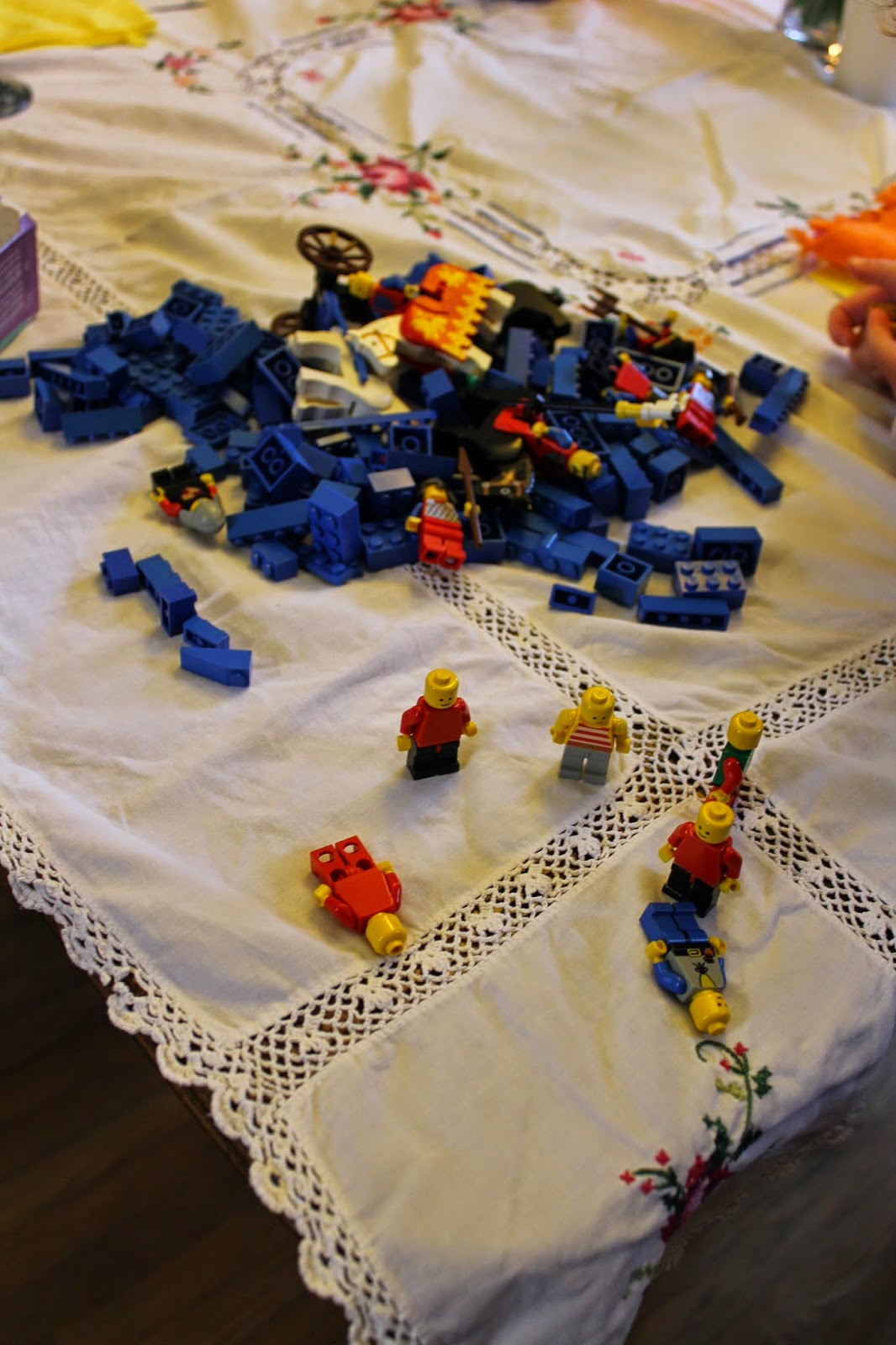 I think the visuals really helped the kids understand the story. And then we finished our seder with the Hillel sandwich. Just take some matzo, some haroset, and some horseradish, mix together, and eat. It's one of my favourite foods we eat in the seder. So yummy! 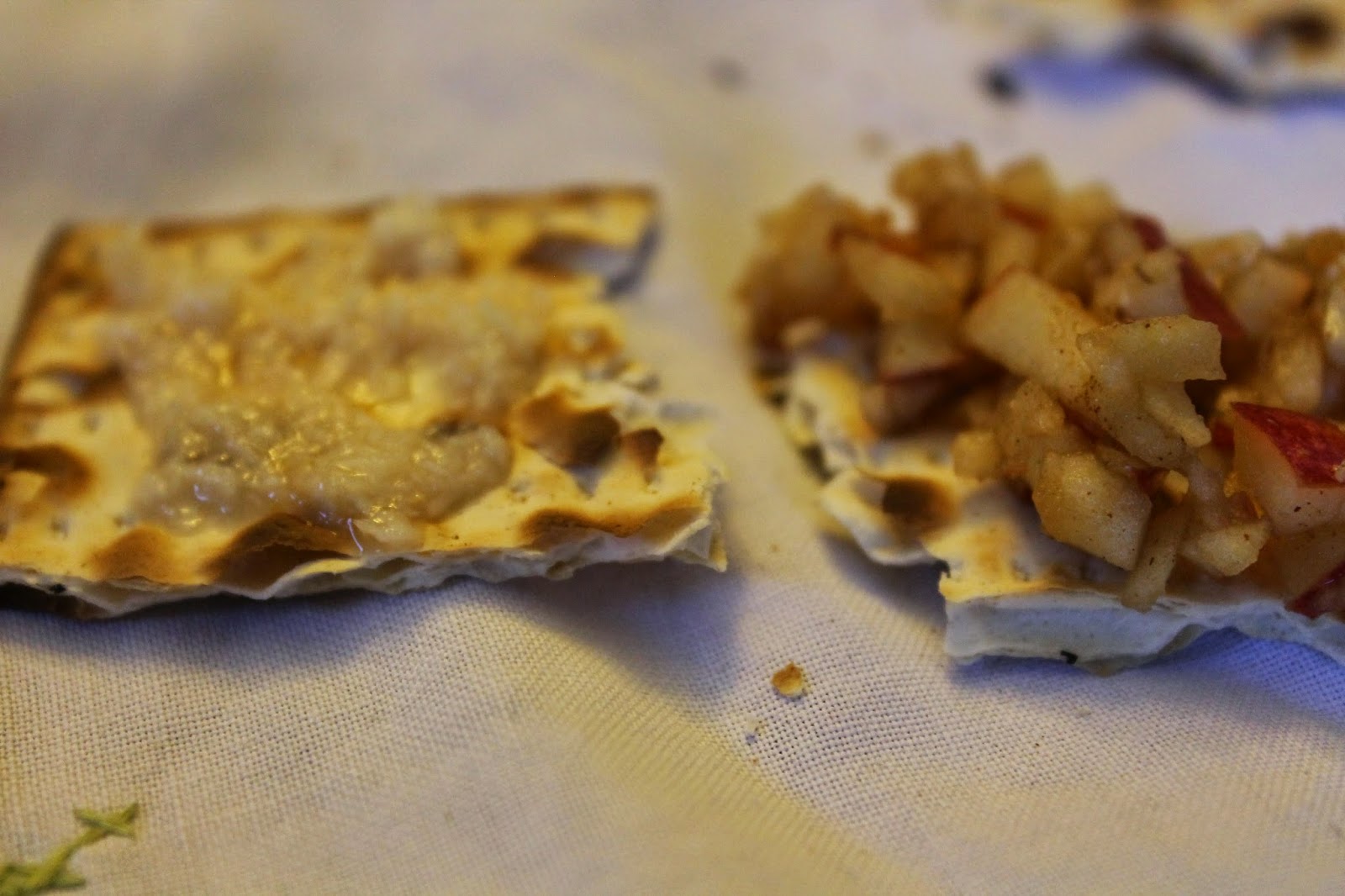 So that was our second Passover seder this year. I think the kids really had a good idea of what we were commemorating, and Dave did an awesome job of making it work for the level they are at. I'm looking forward to seeing how our seder changes as the kids grow. I'm guessing there will be less Frozen and fewer Legos, which makes me a little sad actually. Thankfully I know that matzo ball soup will always be a part of the seder!
Posted by Natasha at 13:05