I don't know if you remember or not but at the beginning of December we had an appointment for Sam about a minor health issue he has. We were hoping the issue would resolve without surgery but unfortunately the doctor determined surgery was required.

The surgery has been scheduled for tomorrow morning at 8am and will take about two hours. Thankfully either Dave or I will get to stay in the OR with Sam until he is put under and then one of us gets to be in the recovery room with him while he is waking up. I had visions of Sam walking away from us after we had said "good bye" and that was stressing me out.

If all goes well, we could be home by noon or shortly after. I realize that there are kids with way more serious health problems but, as a minister at our church told me, "Although this kind of surgery is routine for the doctors, it is not routine for you" and that exactly sums up my feelings. All this is to say that your prayers would be extra appreciated for Sam tomorrow morning.

(Also, as I've been reading more articles about our kids and what we post about them online, I asked Sam if I could post this and he gave his permission so that's a bit of an FYI-disclaimer.) 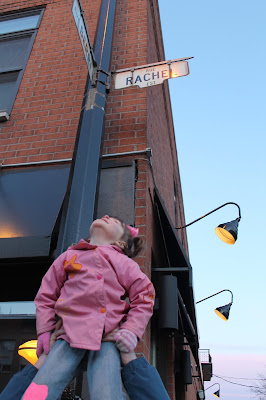 April 3, 2016 -- Rachel joined these women for a conversation during our exploration of Old Montreal. 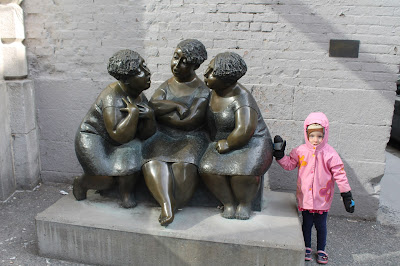 April 4, 2016 -- Rachel enjoyed making icing with my aunt when we stopped to have lunch with her and my parents this day. 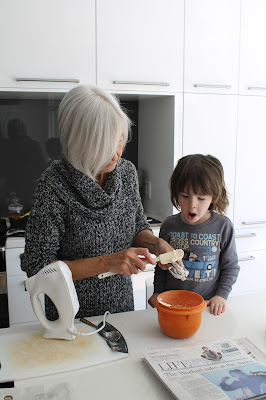 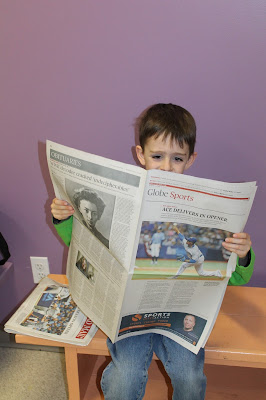 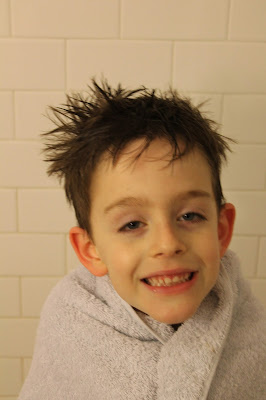 April 7, 2016 -- I had daffodils on my desk and coffee-hot chocolate in my mug while I tackled budget setting for work. They helped keep me motivated :) April 8, 2016 -- I haven't done this intentionally but I've had a bunch (or three!) of tulips in my house since about December 28. This is a close up of the latest bouquet. 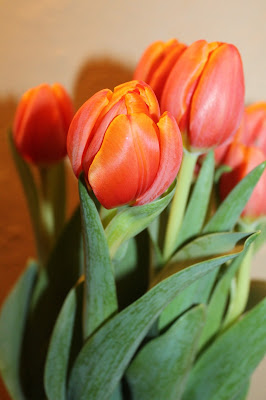 Labels: Family, Flowers, Project 366, Rachel, Sam, Traveling, We Are Healthy (Or Not), Working For The Weekend