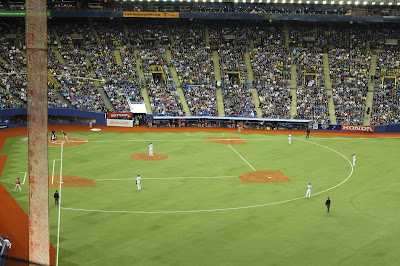 Our road trip this past weekend was planned way back in September when I received an e-mail from the Blue Jays announcing their pre-season games against Boston in Montreal. We decided to buy tickets for one game and go as a part of Sam's birthday celebrations. So Saturday morning we drove from Ottawa to Montreal and arrived at Olympic Stadium (built for the Winter Olympics Montreal hosted in 1976). 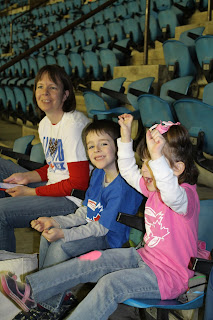 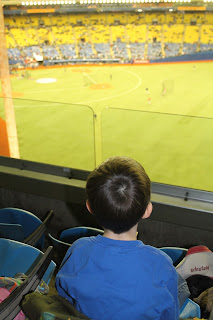 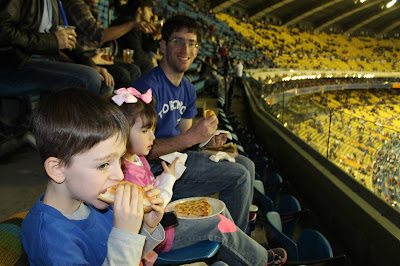 We were soooooo excited to see live baseball again :) And it was fun to see it at Olympic Stadium where Dave took in a few Montreal Expos (now the Washington Nationals) games as a kid. 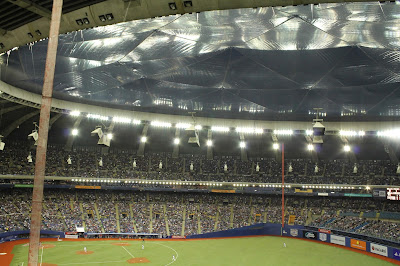 The roof at Olympic Stadium is pretty cool.

After the game, which sadly the Blue Jays lost, we went up The Montreal Tower, the tallest inclined (45 degrees of incline, in fact) tower in the world. 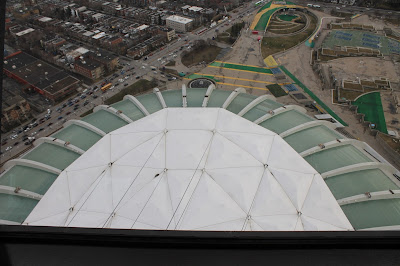 Looking down on Olympic Stadium from the top of the tower. 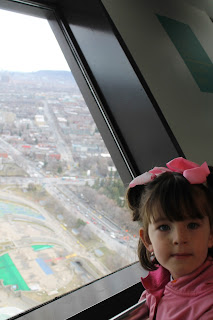 The street on the right side of the photo is Rachel Street! 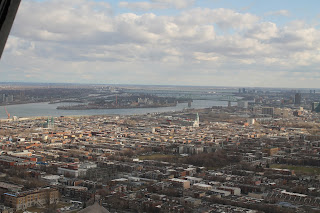 We had amazing views from the top of the tower. 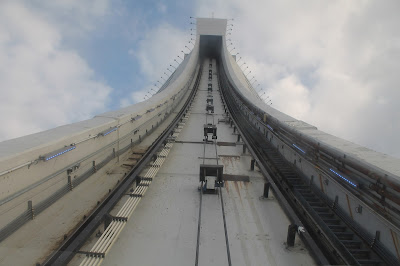 We could look up through the top of the funicular and see where we had come from. It was a little freaky. 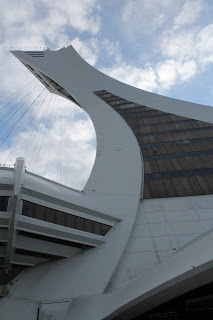 The tower sits at the base of Olympic Stadium and looks very futuristic. 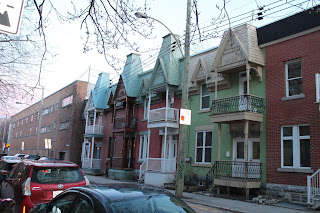 We checked into our hotel after the game and then took the metro to a very important street, at least according to our family :) Yes, that is Rachel on Rachel Street. She was thrilled! 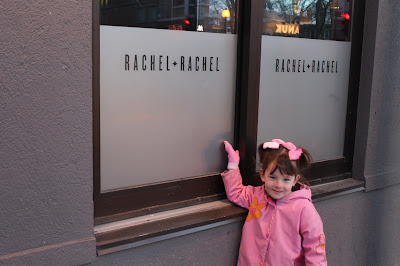 She found her name on a bar and a medical clinic. She was in seventh heaven! 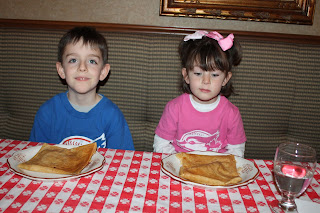 Our major purpose for heading this way, besides making Rachel happy, was that Dave's dad, who grew up in Montreal, told us about an amazing creperie on Rachel Street. (The kids were really tired so that's why Rachel looks a little weird.) The crepes were AMAZING! Sam had bacon and apple, Rachel had cheese and sausage, I had mushroom, asparagus, and bechamel sauce, and Dave had spinach, ham, and brie sauce. I wish I had another one right now.

And after a full day of baseball, going up towers, and eating crepes, it was time for bed.

Labels: All About That Base(Ball), Rachel, Traveling, Yummy food