This morning was the Turkey Trot for 2011. Last year was the first year we could make it and we were glad to do it again this year. We just did the 4km walk, for those of you who thought we might be a little more ambitious! Ha!

Sam was VERY interested in the United Way Lion this year and kept wanting to follow it around. 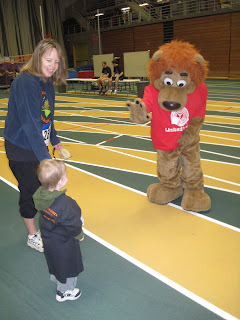 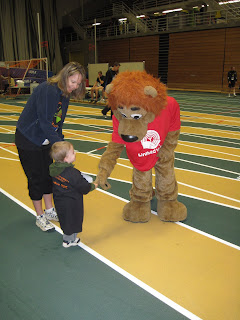 He was also very intrigued watching everything that was going on before the Trot actually started. 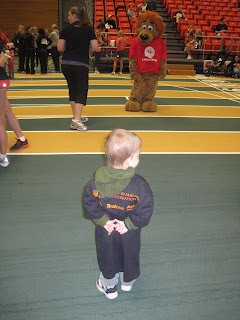 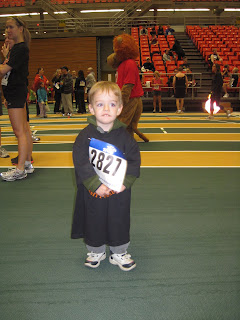 And Rachel prepared for the big event in her own way. Yes, she had her own race number! 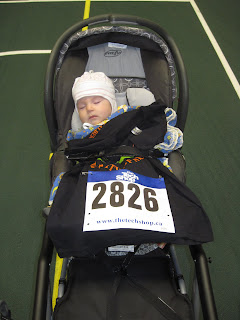 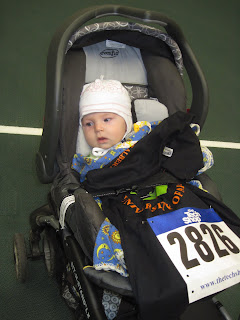 And we're off! We started out at a pretty good... trot, one could even say... 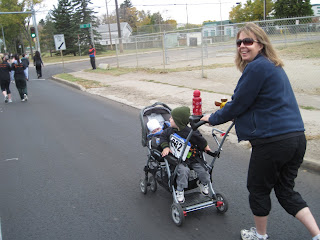 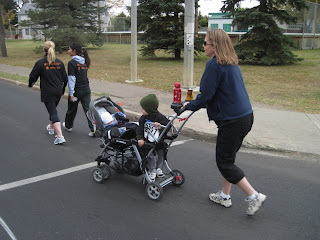 ...but eventually we had to take our children's needs into consideration and we slowed down quite a bit :) 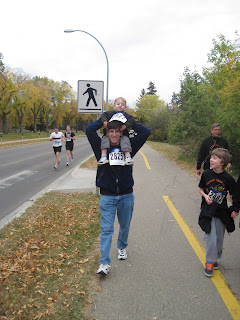 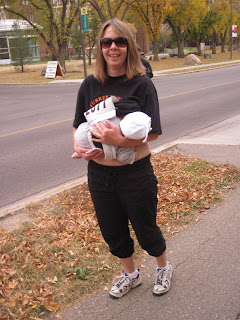 And yes, I'm very proud of the fact that I could run and nurse at the same time (which I did for about five metres just to prove I could do it. Really, you can nurse and do ANYTHING!), although mostly I just walked while Rachel nursed.

Then Sam wanted to run a little bit on his own. It was super cute! (Can you tell I think my children are completely adorable?!?!?!) And yes, I look ridiculous in the picture below but it was a hill and I was tired and it was near the end. Did I mention we walked 4km at a pretty quick pace?!?! 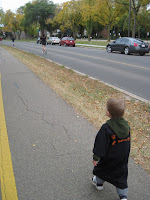 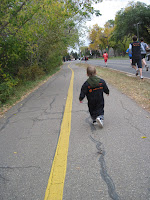 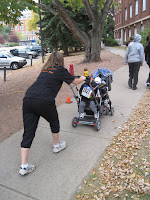 And then to end it off right, Sam wanted to run -- both alone and with me. I love that he was so into it :) 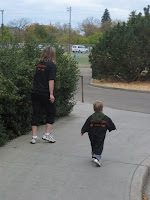 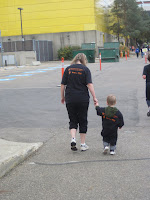 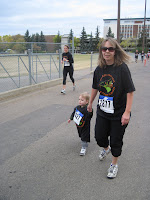 And our final time was about 43 minutes. But it was soooo fun and worth it. And Rachel missed being the youngest participant by about two months. But she was close :)
Posted by Natasha at 18:49