Last night we went to Temple Beth Ora to celebrate Sukkot, a fall harvest holiday in the Jewish calendar. One key part of Sukkot is creating a temporary booth-like shelter (called a "sukkah", hence the name of the holiday). This booth is meant to be reminiscent of the temporary shelters that people would build as they harvested their crops thousands of years ago. It is also a great focal point for decorations, and (depending on where you live) enjoying the fall weather :) 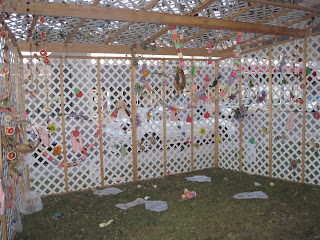 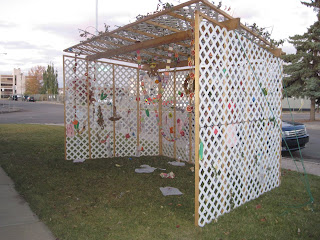 Another part of celebrating Sukkot (which is somewhat less traditional, but has been adopted by TBO for the past couple of years), is having a special meal, called a seder. The seder features readings about celebrating the fall and the harvest, special prayers and songs and, of course, lots of tasty food. This is similar to the more well-known seder that is held to celebrate the start of Passover, but obviously involves different foods, stories, etc. 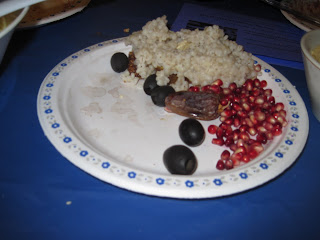 A Sukkot seder plate, featuring olives, dates, pomegranate seeds, and barley. These foods are meant to represent the harvest foods of Israel. 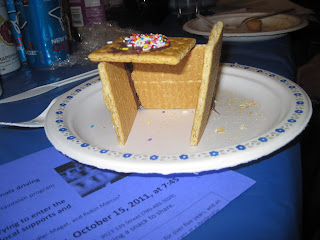 An "edible" sukkah, made of graham crackers, icing, and sprinkles. 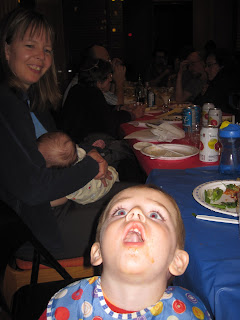 My first attempt to get a "group photo" at the seder. Sam is displaying his usual photogenic abilities -- I think he got it from me. 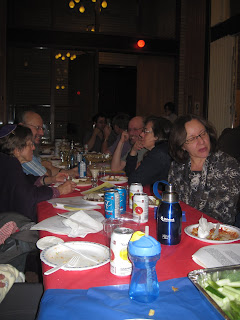 Another attempt, this time without Sam in the picture. 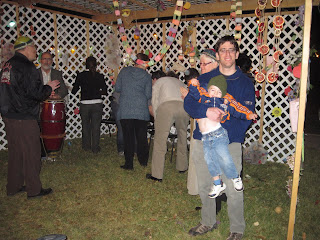 Me and Sam in the sukkah at the end of the evening. Sam was getting a bit restless by this point, and so I am holding him somewhat against his will, as you might be able to tell.
Posted by Dave at 00:32