We got our iPad when Sam was three and a half years old. Yes, as of the writing of this post (a few weeks ago), I have 4,765 pictures in my camera roll going back to June 27, 2013. I really need to delete some pictures and this is an ongoing project.

At the end of September, my friend, Bekah, blogged about her camera roll. You can read her post here. She found a list that challenged her to explain why she kept certain pictures according to their number in her camera roll. I thought it would be fun to show you all some super old pictures and do the same thing.

Since the prompts didn't go high enough, I picked the most interesting (fun!) pictures from different years, but still according to the number, if that makes sense. Also, the picture numbers were in random order and I kept them that way. 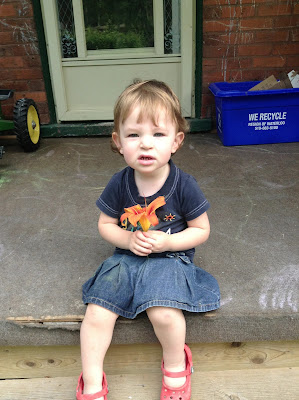 This is the actual fourth picture on the iPad camera roll. It's a picture I took solely to post on Instagram. I had never used Instagram before but it seemed like a fun app. Now it's my favourite form of social media. Rachel had just turned two and she and Sam were "copying Mommy" and deadheading the daylilies in our yard. Sadly, they didn't know about waiting until the flowers were actually dead before snapping them off! 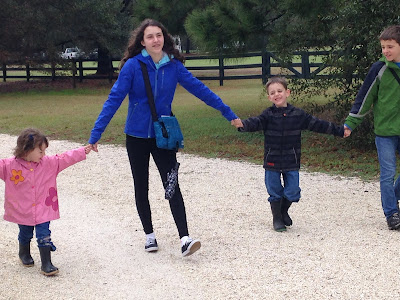 This picture is from March Break 2015 and it's from our Southern Road trip. Sam was almost six and Rachel was a few months away from being four. They are walking with Tessa and Willem and we're at an outdoor museum on Hilton Head, South Carolina. I remember this day so clearly -- we all held weird animals. You can read more about that day here and here. This was such a fun trip. 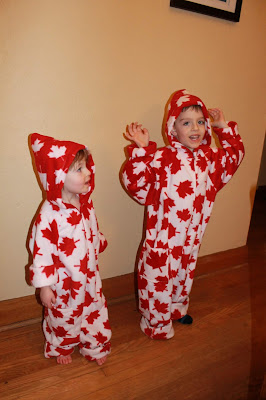 This was during the Winter Olympics. My friend, Shirley, had sewn patriotic onesies for her entire family for Christmas 2013. When I asked if I could pay her to sew some for Sam and Rachel she said no, but she said she would help me make some. This was such a crazy day and Shirley went above and beyond in helping me get these done, including entertaining Rachel and sewing some sleeping bags for the kids' stuffed animals from leftover fabric.

Shirley taught me to do everything myself, including installing zippers, and the kids LOVED these pjs. I was concerned about them being too small, and let's just say, they could still fit into them a year ago (four years after I'd made them), so I was all worried for nothing. Ha!!! 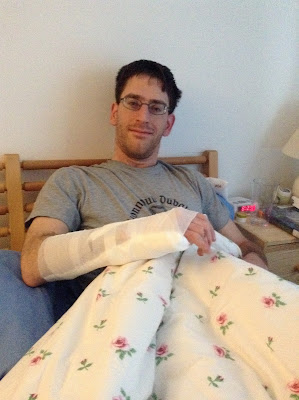 Do you all remember this?!?!? Dave cut his hand quite badly at our weekly church program. Oh yeah, it was also eleven days before we were leaving for New Zealand. This was an insane time for us. I don't know why I still have this picture. Thankfully, within a couple of months he was completely healed and you can barely see a scar anymore. 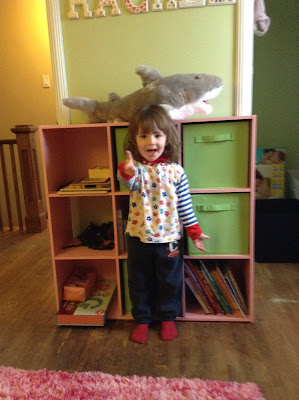 This is before Dave had a work phone (because he took this picture and quite a few others) and before Target left Canada. We bought this shelf for Rachel's room (at Target) and Dave and Rachel put it together while Sam was at a birthday party and Janice and I were having tea. This shelf is still in Rachel's room but looks a little different now. You can also see that this was before we got our floors re-done because Rachel's floor still looks so dirty. 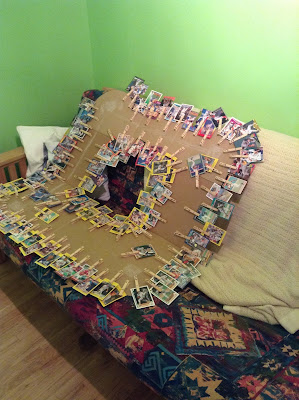 This is Sam's "100 days of school" project from Grade 1. Dave made a baseball diamond, I glued on 100 clothespins, and Sam attached 100 baseball cards to it. It was a HUGE project but so much fun to do!

So there you go -- a walk down memory lane with me. I should make an effort to reduce my camera roll because I feel like there is another post like this one in the making...!!!

Labels: All About That Base(Ball), I am Canadian, Rachel, School for Sam, Southern Road Trip 2015, T&J&T&W, We Are Healthy (Or Not)