In Which It Looks Like All I Ever Do Is Read

EDITED TO ADD: I forgot to write about one book. Ooops. I've added in My Sister, The Serial Killer. Sorry I missed you.

I don't know how but I managed to read eight books in the last week of September. Actually being sick with a bad cold and not having enough energy to do much, but also not being able to sleep well, probably helped a bit with that. 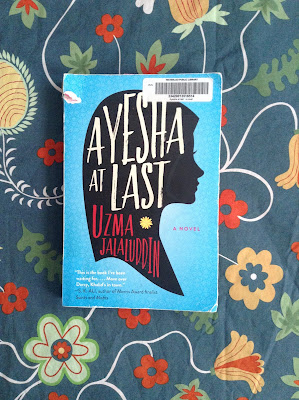 This book was described as a Muslim take on Pride and Prejudice. While it's been awhile since I've read P&P, I would have to agree. I really liked this book. It was fun. I like how it challenged assumptions (Should you have to change to make other people comfortable? If so, how much?) This was a quick read and I finished it in one night because I wanted to know how it would end. And while it was set in Toronto (a big city near where I live), I didn't struggle with the Canadian context like I did while read Louise Penny's Inspector Gamache series. I don't know why though... 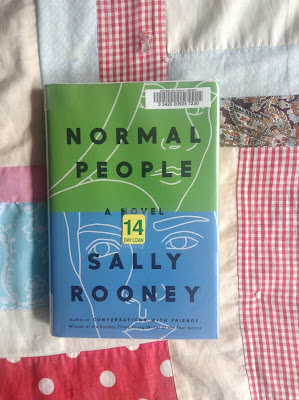 A woman in my book club recommended this book to me and it took me forever to get through because I would read twenty or thirty pages and fall asleep. It just didn't grab me. I finally did read the last 100 pages (of a 275 page) book in one night but 175 pages is a long time for me to get into a book. Honestly, I just about gave up on this book before I'd finished it and I rarely do that. Sadly, we're reading the other book by this author for our November book club so I hope I like it better. Ugh. 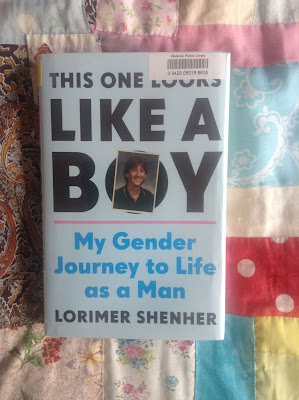 I picked this book up on a whim at the library. Halfway through I realized I'd read the author's other book (which he wrote before he transitioned) about his work on the Vancouver missing women's case. (This was a huge Canadian murder mystery and Shenher was one of the first detectives assigned to the case. Read Lonely Section of Hell: The Botched Investigation of a Serial Killer Who Almost Got Away by Lori Shenher.) I really liked this story of how Shenher fought his feelings of being a boy (in a girl's body) for most of his life until he transitioned at around age 50. However, it is sad to me that we have a society where people feel so caged. This story was so engaging that I sped through it in about two days. 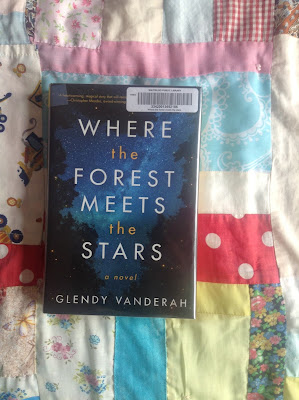 I started reading this book in August at the pool. Then I had to put it down for a bit because I had books which were due earlier than this one. But I really wanted to get back to it. I took some time and finished the last third of the book this past week. I should have just read it all in August :) I would highly recommend this book. It's so beautiful and I loved it.

It reminded me a little bit of The Night Circus in that it was such a beautiful book. However, other than that, it is nothing at all like The Night Circus. Just the beauty of the book felt similar, if that make sense. I would also compare this to Where The Crawdads Sing. Combine those two books and you get this one. Ha! (Does this make you want to read it yet?!) 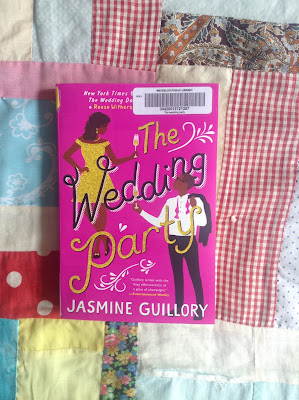 I flew through this book in one night. It was fun to revisit characters from The Wedding Date and The Proposal. I think I don't like how R rated these are though, especially the liberal use of the F word. Not that I'm against the F word but it's usage felt a little gratuitous in this book sometimes. 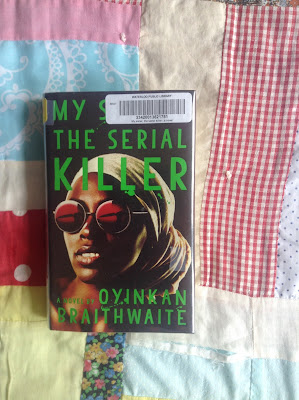 I waited a very long time for my library to get this book in. It was a very quick read but I have to say, the ending was a little ambiguous to me and I didn't like how Ayoola manipulated Korede. Although by the end of the book, it was hard to tell who was being manipulated. I'm glad I got to read this but I think this would be a good book club book because I'd love to talk about it with someone! 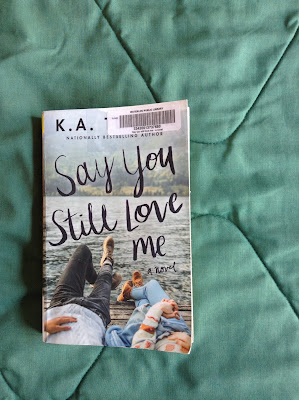 This book was okay. It was a romance told partly in the past (the summer the main character was sixteen or seventeen) and partly in the present. I think I need to stop reading romances now though because I just didn't buy into the "love at first sight" concept of this one. While I was never a counselor, this did bring back fond memories of my weeks at camp as a teenager though :) (Just to clarify, my teenage weeks at camp were much less wild than the ones described in this book.) 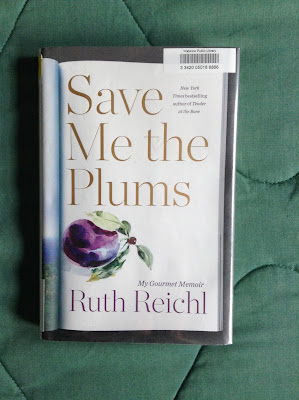 I picked up this book the other night, hoping to get into it a bit before I fell asleep and, the next thing I knew, I'd finished it. I've never read Gourmet magazine but now I want to find all the issues and pore over them. This book was so fun/heartbreaking to read. I'd heard so much about it from a few other people and, since I never read Gourmet, I didn't know if I would love it. I am now on the bandwagon telling you all, "READ THIS BOOK!" as it totally lived up to the hype.

Have you read any of these? Do you feel differently about them than I do? Have I inspired you to pick any of these up? You know me, I'm always up for talking about books!
Posted by Natasha at 06:08

Labels: Addicted To Books, I am Canadian