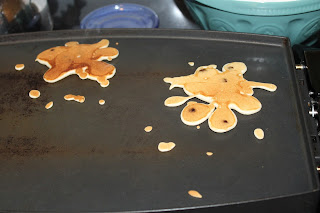 We had a fun New Year's Eve/Day celebration but it didn't go at all as we had planned. First of all, after having the kids with me at work for four hours during the day, I had a headache and needed some space. So Dave made festive pancakes (fireworks) while I went for a walk to gather supplies. 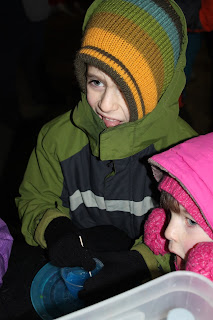 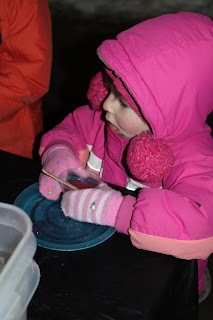 Our plan for the evening was to go to New Year's in the square in our city. The kids did get to make some slime, but we found out there weren't fireworks planned and they had run out of hot chocolate. And, unlike last year, they didn't have party hats and weren't doing a New Year's toast, so we left early. Fortunately we were able to sneak in the side door of Starbucks about five minutes before it closed and remedy the hot chocolate situation. 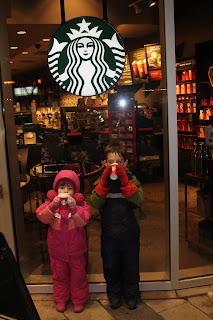 Then we came home, ate chips and dip, broke out the sparkly juice early, and watched fireworks on the computer. It was almost as good as watching them in real life. Or not :) 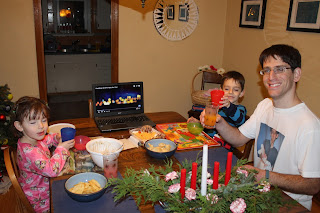 On New Year's Day Dave made special toast, so along with our sparkly juice, we had a double toast. 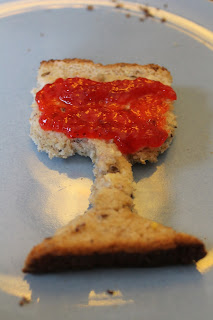 And where was the whimpering, you ask? Well it came as we were participating in our 5K Resolution Run Walk, which we did while pushing the kids in the Chariot. I don't understand why we always get the worst weather at about noon on New Year's Day. It was quite windy and snowing and Dave and I may have started questioning our sanity at that point! 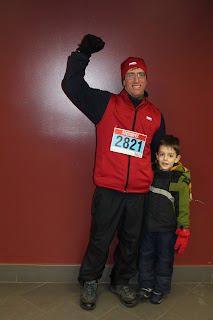 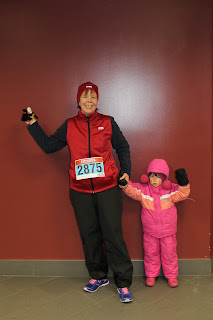 And more whimpering happened as Dave and I both took extra long, extra hot showers in an attempt to warm up.

And finally, to end things off, we managed to fit our "light adventure" in on Friday night. That's what Sam started calling our annual "driving around to look at Christmas lights" when he was about three, and that's been its name ever since. We all wear our pjs, drink hot chocolate, and try to find neighbourhoods with good light displays. We hit the jackpot this year so it was pretty excellent. 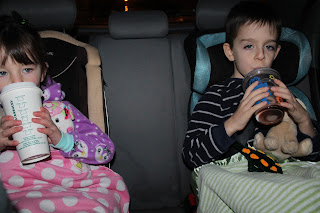 Now it's the coldest day of winter we've had thus far, and we're back into routine after two and a half weeks of being out of it. I must admit, as much as I was looking forward to a long break from our daily routine, now that it's back, I'm glad. Remind me I said that in about a month, okay? Thanks!
Posted by Natasha at 08:22