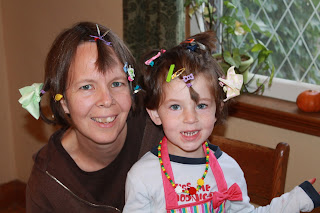 I didn't mean to disappear yesterday after my post on Tuesday but my right sinus felt like it was going to burst out of my cheek so I called in sick and went back to bed. Between some extra sleep and some wonder pills Dave picked up for me at the drug store, I am, thankfully, feeling much better now.

Our weekend started with listening to the longest game in baseball playoff history. Okay, technically it probably wasn't but listening to a five hour, fourteen inning game, which our team lost (boo), felt like it took forever. While I was intensely listening to the game, Rachel did my hair. And hers too! 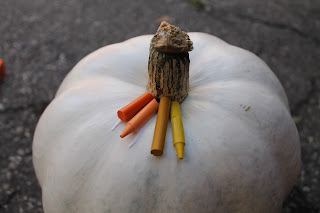 On Saturday, my youth, who I'm a mentor for, came over and we attempted this Pinterest find. We had a lot of fun and I feel like our pumpkins turned out pretty well. 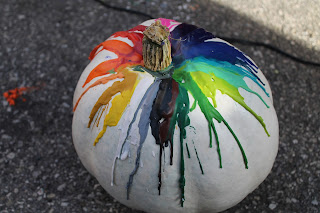 Then we pushed our Pinterest luck and attempted these pretzels. Um, they were delicious! I want some right now. Thankfully they are pretty easy to make so maybe I'll make some more once I'm done writing this post. They were so good A asked me to send her the recipe right away. 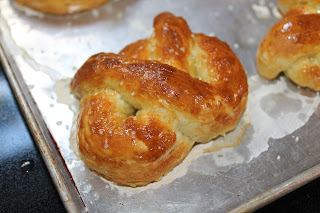 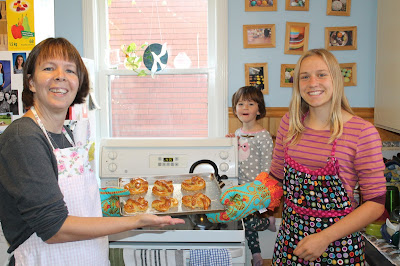 For supper Dave made these toast cups, without bacon. We declared them good and were thankful for our "3 out of 3 Pinterest day!" 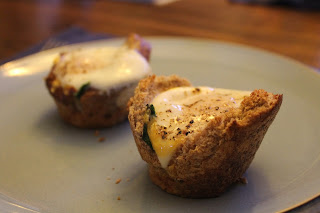 Sunday morning we woke up, and since I was inspired to keep baking with the kids, we whipped up these breakfast cookies. They were also a hit. Sam didn't want to bake but he did read the entire recipe out loud to us, from the computer, which was super-helpful. 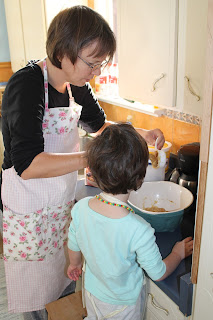 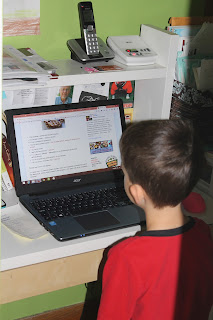 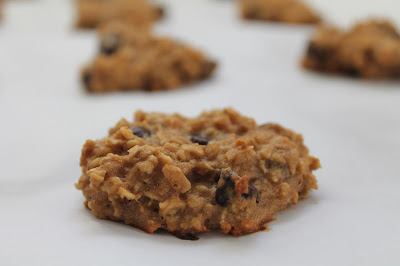 Sunday afternoon we went to our first Siskins' hockey game of the season. It was fun to watch hockey again and we may spend another Sunday afternoon, or three!, at the rink over the next few months. 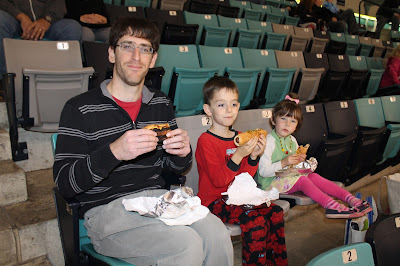 Sam and I took the opportunity to make some faces during one of the breaks! 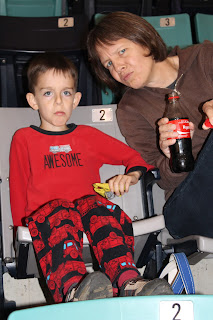 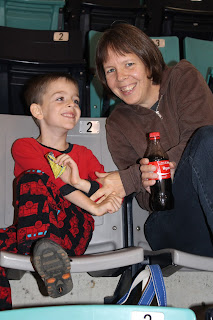 That evening Dave and the kids played some baseball at the kids' school while I ran some errands. It was a beautiful fall evening and the home team won, so it was a good time. 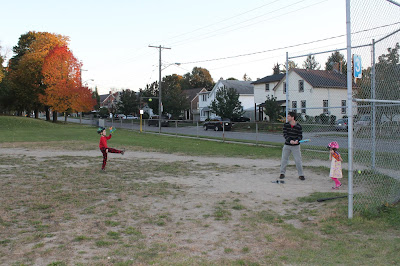 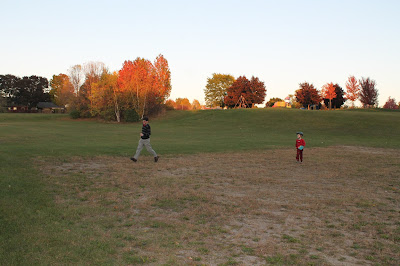 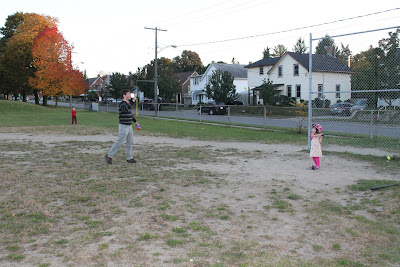 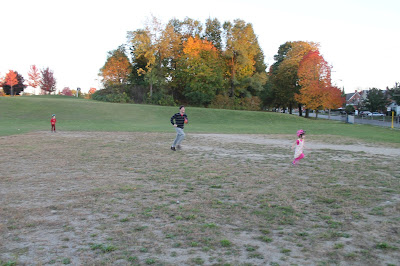 That was our Saturday and Sunday. And I can't believe today is already Thursday. That's what happens when you have a short week and a sick day. Yikes.

I'll be back tomorrow with Week 17 in the 30 Week Writing Challenge and next week I'll write about our Monday, which ended up being a gorgeous fall day.
Posted by Natasha at 08:19