For those of you who have been reading around here for any length of time you won't be surprised to hear (read?) that someone else I miss is my parents. 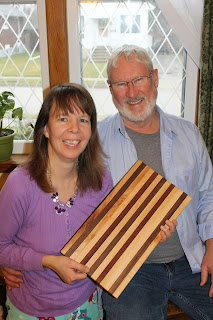 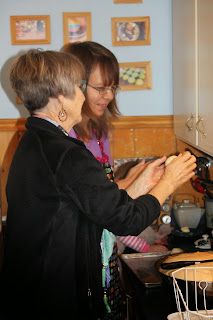 We talk on the phone a lot and, after this summer's nightly routine, the kids will want to call Opa every night once in awhile for a bedtime story, but it's not the same. 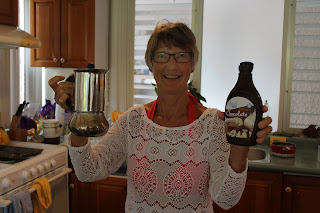 I haven't lived at home since I was seventeen, except for a couple of summers. That's been over twenty-five years, so we're pretty good at this long distance thing. And I'm so glad that over the years Mom and Dad have made coming to visit a priority. They came to see me the year I lived in The Netherlands and they came to see me when I was working in Israel-Palestine.

For the five years Dave and I lived in Edmonton, it was so great to have them so close. Where "close" was defined as a five-six hour drive away. We could go to their house for long weekends and they could come and spend time with us. 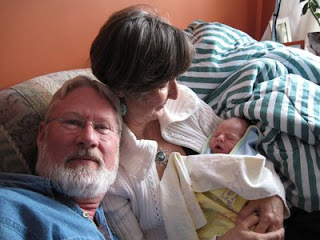 They were there eleven hours after Sam was born... 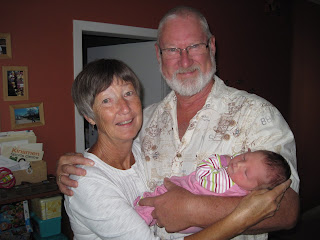 ...and in the next room when Rachel was born.

Even though we live 3,000 kilometres (2,000 miles) apart, they are here for us when we need them. And we try and get to Saskatchewan as often as we can, which sadly isn't as often as we'd like to. 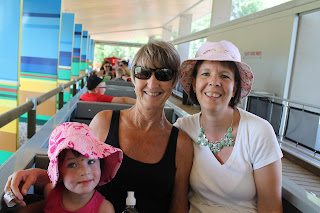 I'm so excited that Mom and Dad have made the decision to drive here for Christmas! Whooo hooo!!! And then, because they have been here for almost all of Sam's birthdays, they are coming again in March.

When Rachel heard that she asked, "Are you coming for my birthday too?" Well, an hour later, Mom and Dad called and said, "Yes Rachel, we'll be there for your birthday too!" And then they warned us that they were almost out of air miles :) Ha ha ha!!!

So while about once a day week, I wish that Mom and Dad lived in the same town, or heck, even the same province, I am thankful that we get to spend as much time together as we do. But I still miss them when they're not around.
Posted by Natasha at 08:15