August? September? It's All A Blur!

So I realize that I didn't do a resolution update for either August or September. Therefore this post will be a random mix of those two months.

Here are the books I read in August:

Between You & Me: Confessions of a Comma Queen -- Mary Norris
Marie Antoinette's Head: The Royal Hairdresser, The Queen, and the Revolution -- Will Bashor
Honolulu -- Alan Brennert
To Kill A Mockingbird -- Harper Lee
Beneath The Surface : Killer Whales, SeaWorld, and the Truth Beyond Blackfish -- John Hargrove
The Life-Changing Magic Of Tidying Up: The Japanese Art Of Decluttering and Organizing -- Marie Kondo

Of all of these, I think my favourite was Honolulu. Dave's mom gave it to me for my fortieth birthday and my only regret is that I waited so long to read it.

Of these my favourite was The Eyre Affair which I was re-reading for a Book Bingo my local library is holding. It's a crazy, literary mystery set in England. It's the first in a series and if you like England, literature, or a slight dose of goofy in your reading, you should definitely pick this one up.

I have nothing to report on Bible reading or where we're at in Canada (do you even remember that I used to do that?!). And I've had numerous appointments to give blood scheduled but have needed to cancel them due to headaches and my cold. I can't wait until I'm healthy again so that I can help other people who are sick. Especially since I keep hearing ads about how much my blood type is in demand.

I baked buns in August but not in September. I'm really hoping to bake this weekend though. 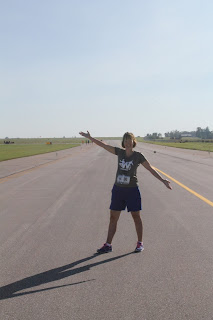 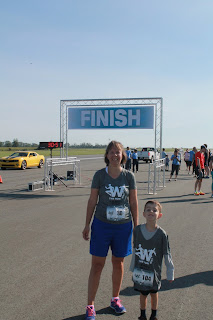 I ran a few times in August (including doing one official run), and a few times in September. Now I'm a little anxious to go running outside in the early morning because this happened on Monday morning along my and Dave's running route. And around the time we go running too. Now it's highly unusual for anything like that to happen in our city, so it's even more freaky that it happened so close to us. And yes, Sam and Rachel's school was one of the ones affected by the "hold and secure" order.

My drinking water has still been supplanted by the intake of caffeine I need to survive our new schedule. I am hoping things get back on track soon.

I didn't cook anything new in August but I blame that on floor upheaval and being in Saskatchewan for some of that time. However, in September I made these zucchini pizza bites from my friend Tracy and they were amazing. The whole family devoured them. It's just too bad I discovered the pepperoni yesterday, after it had been sitting in the fridge for a month, and now I never want to see pepperoni again. Even though I don't eat it. 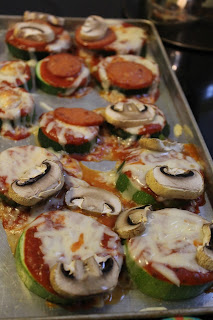 The house is getting cleaned about once a month. I feel like I might be finding a bit of a schedule for that again which feels good. And our new floors are a dream to clean so that encourages me to clean more :) 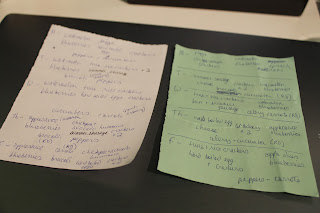 So that's what August and September looked like. Let me just say that if I could have envisioned what my life would look like now this past January, I would have been a little less ambitious with these things. Ha!
Posted by Natasha at 08:16