Lighting Up The Night

Even though it ended last week, I still haven't had a chance to write about our Chanukah celebrations. The first night was quite interesting as we went to a public event in our civic square. The largest menorah in our region was lit, there were latkes (that were nowhere near as good as the ones Dave makes), and there were fireworks. 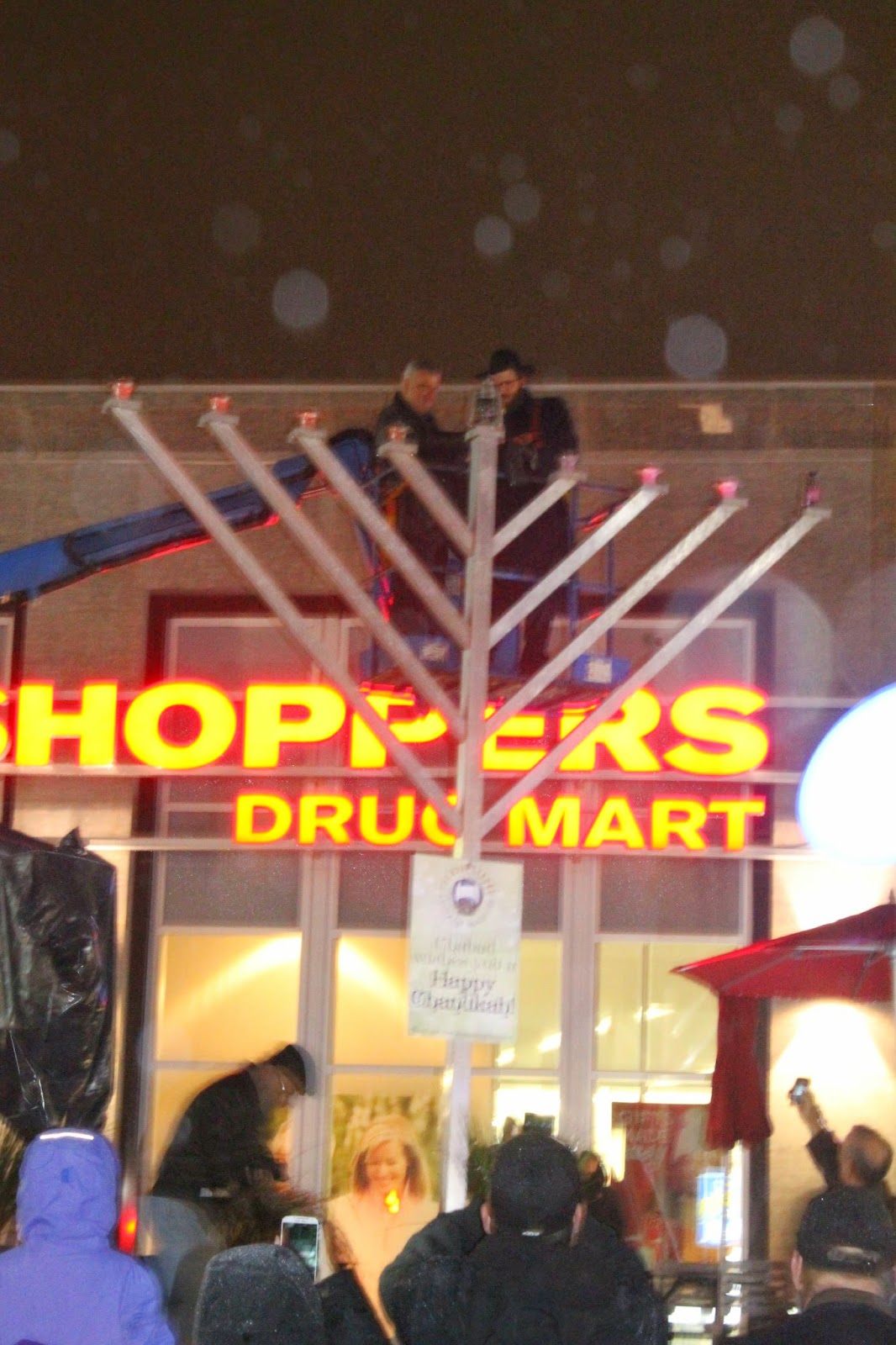 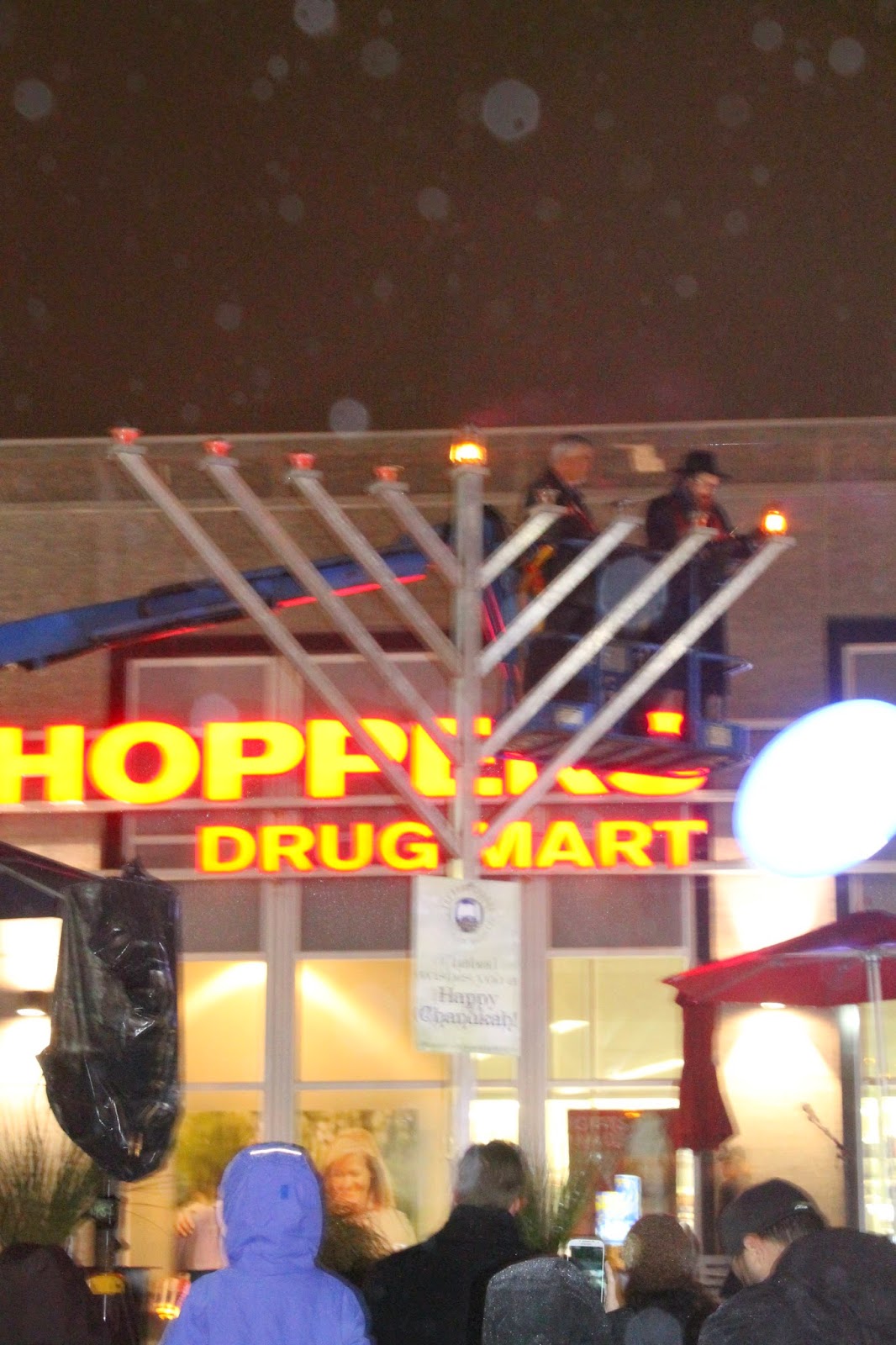 I really liked that the rabbi who led the candle lighting invited our mayor to light the shammash (the helper candle which lights all the other ones), and he called the mayor "the helper to our city." I liked that analogy.

(Also, sorry for the blurry pictures. It was nighttime and raining so it was hard to get good ones. However, I'm sharing them anyways!)

After the candlelighting we sang a song, and then there were fireworks! 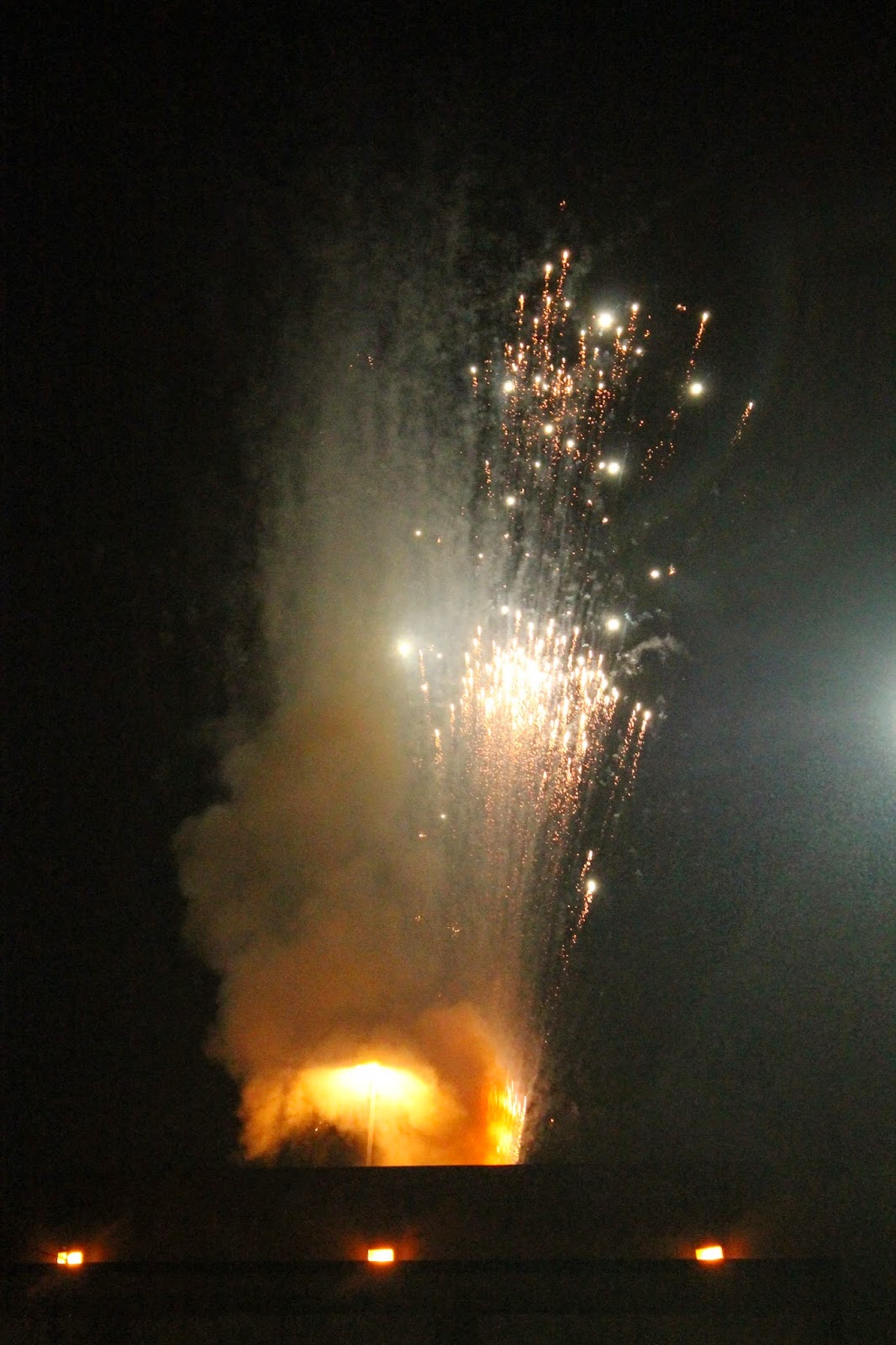 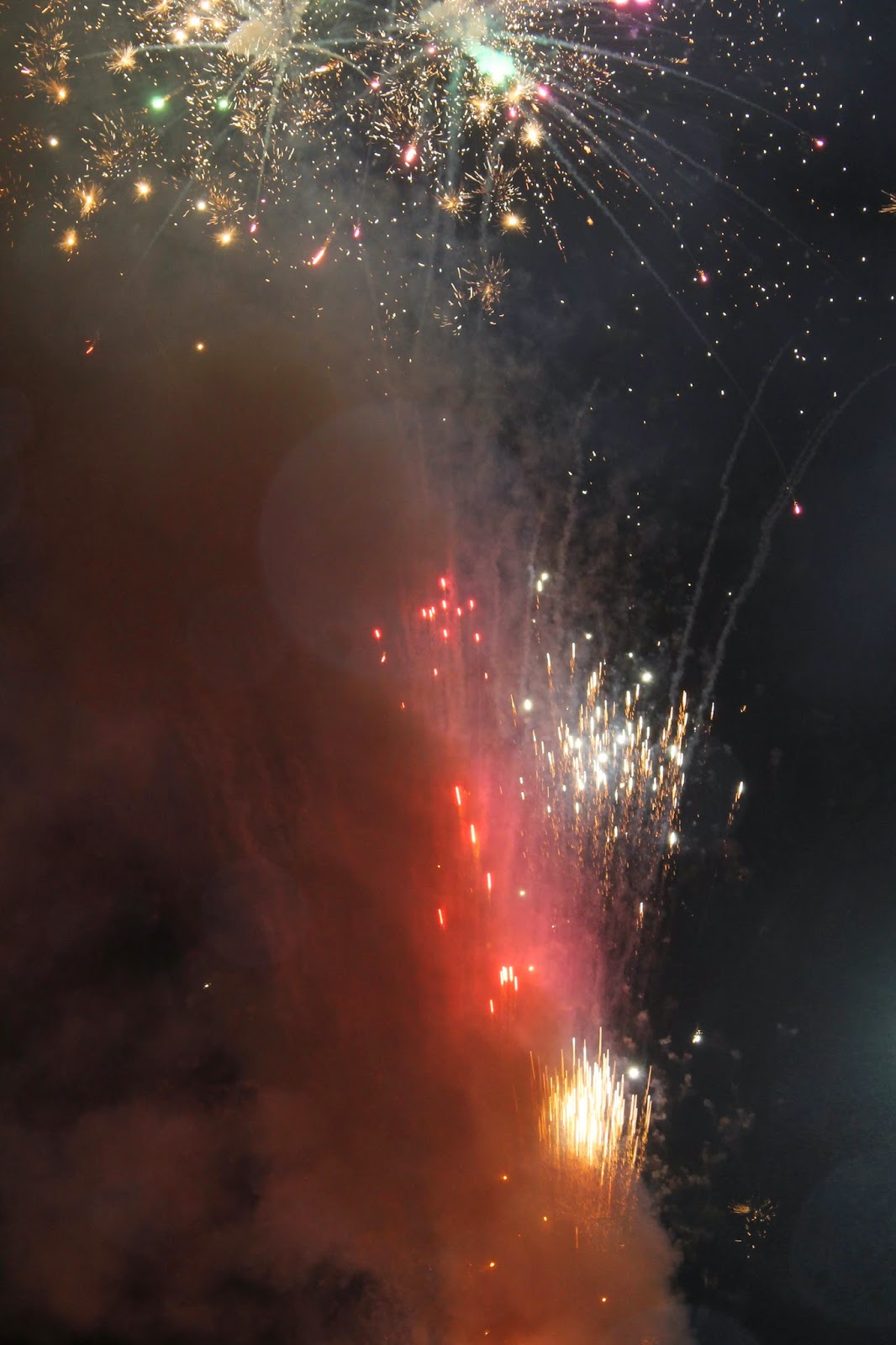 After that we went home and lit our own menorahs. As the rabbi invited all of us to share our nightly menorah lighting on social media (with a hashtag even!), most of my pictures are taken from Instagram. 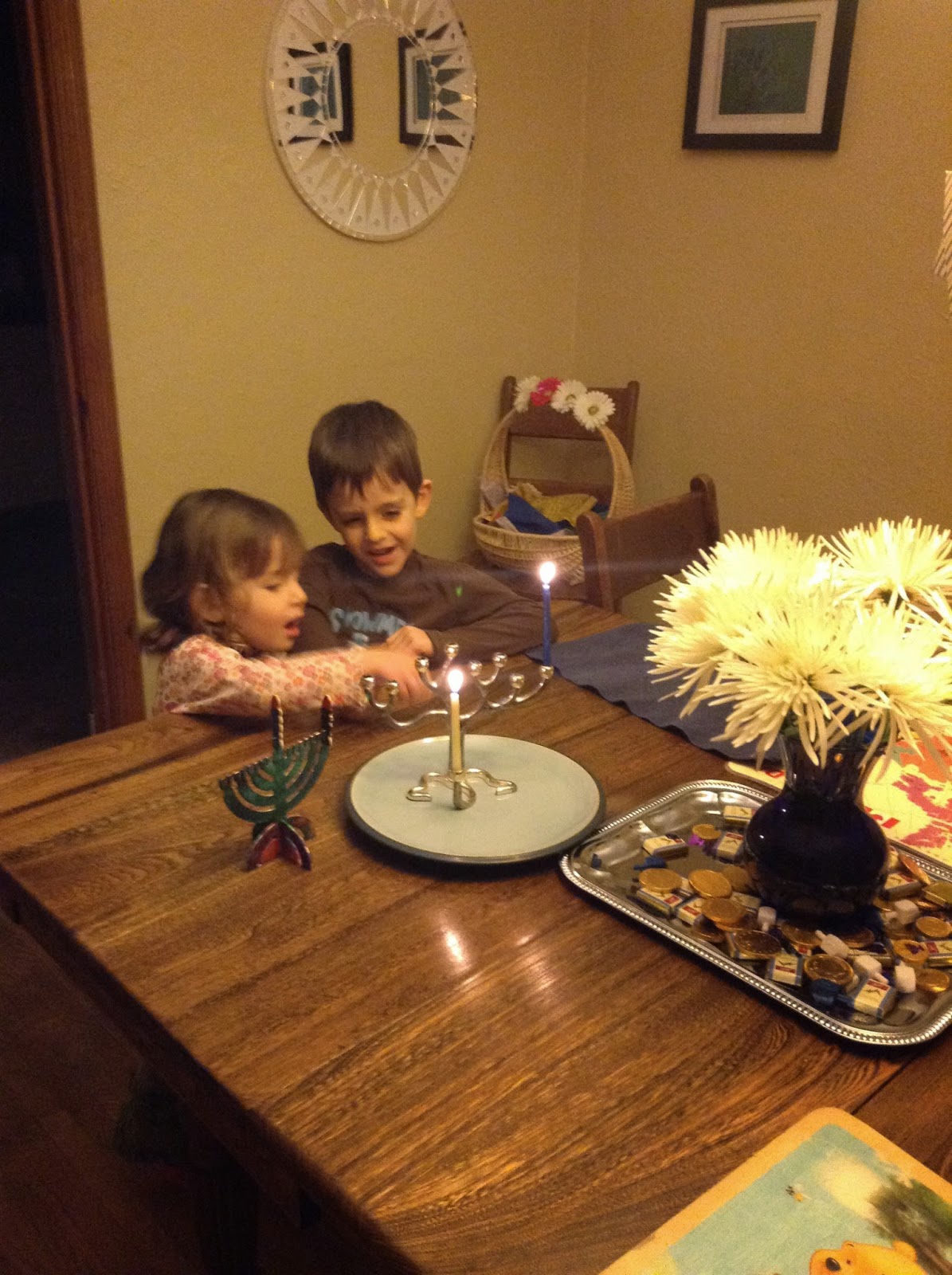 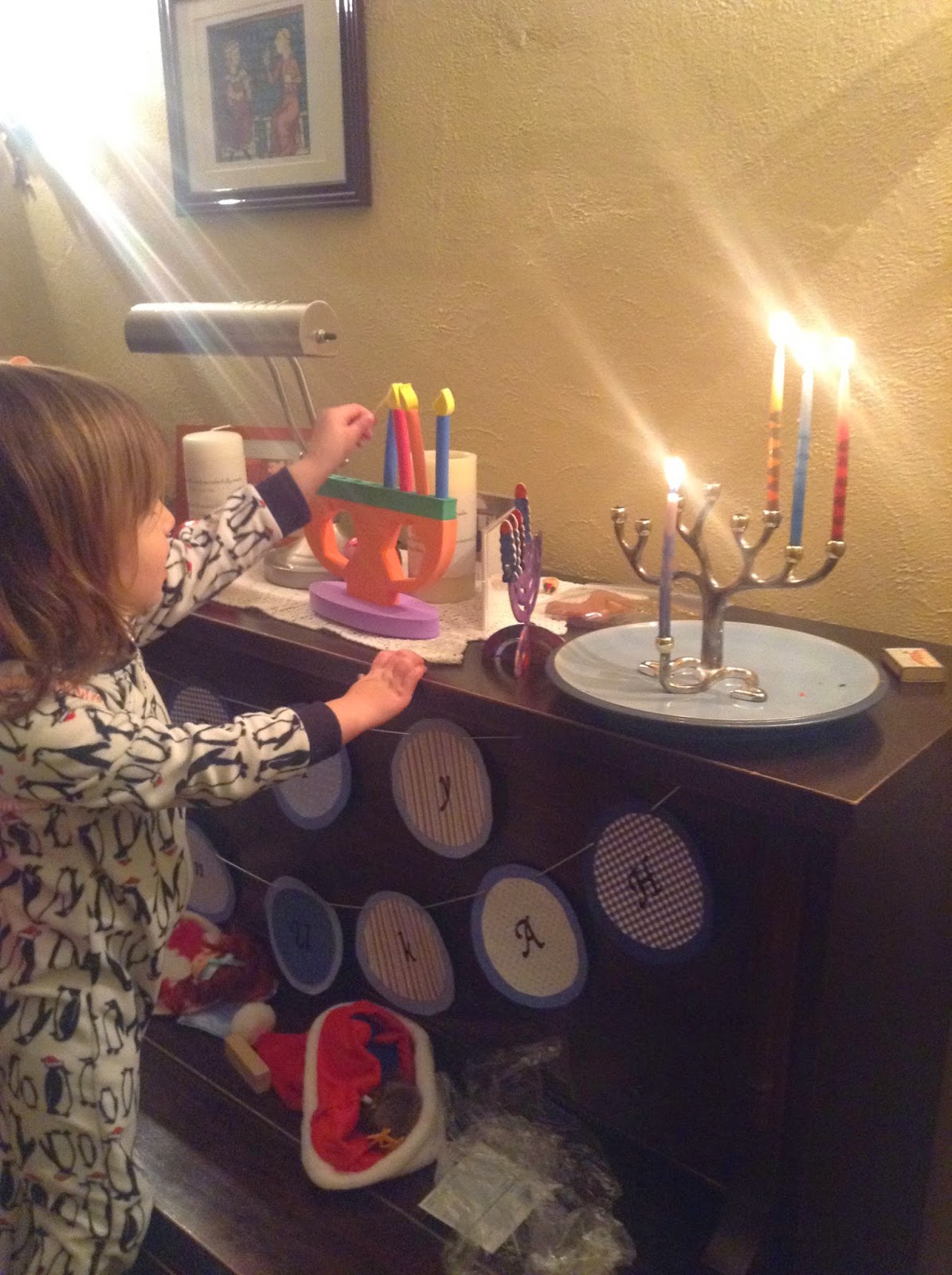 Night 3
Each night the kids "lit" a menorah of their own. Sam's was a hand painted wooden one he made with Dave's mom and Rachel's was a foam one Dave's aunt sent her. Each kid would also do their own blessing. It was so great! I think watching the kids "light" their menorahs was my favourite thing from Chanukah this year. 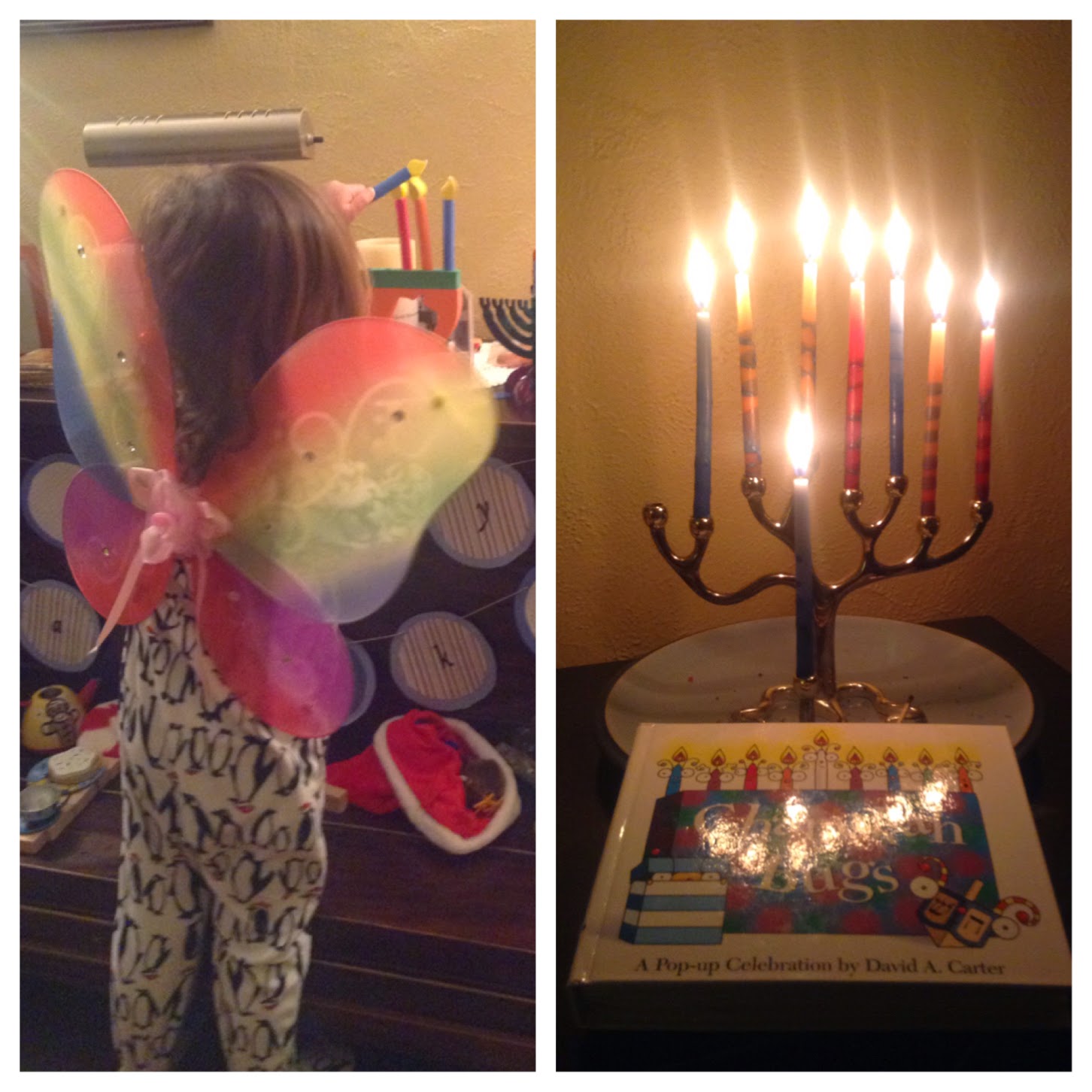 We don't do presents every night but on Night 3 the kids got some, including fairy wings for Rachel. I loved how she wore them to "light" her menorah. I called her The Chanukah Fairy. Also shown is our menorah on Night 7 with a book Tim and Janice gave the kids and that we read a page of each day. 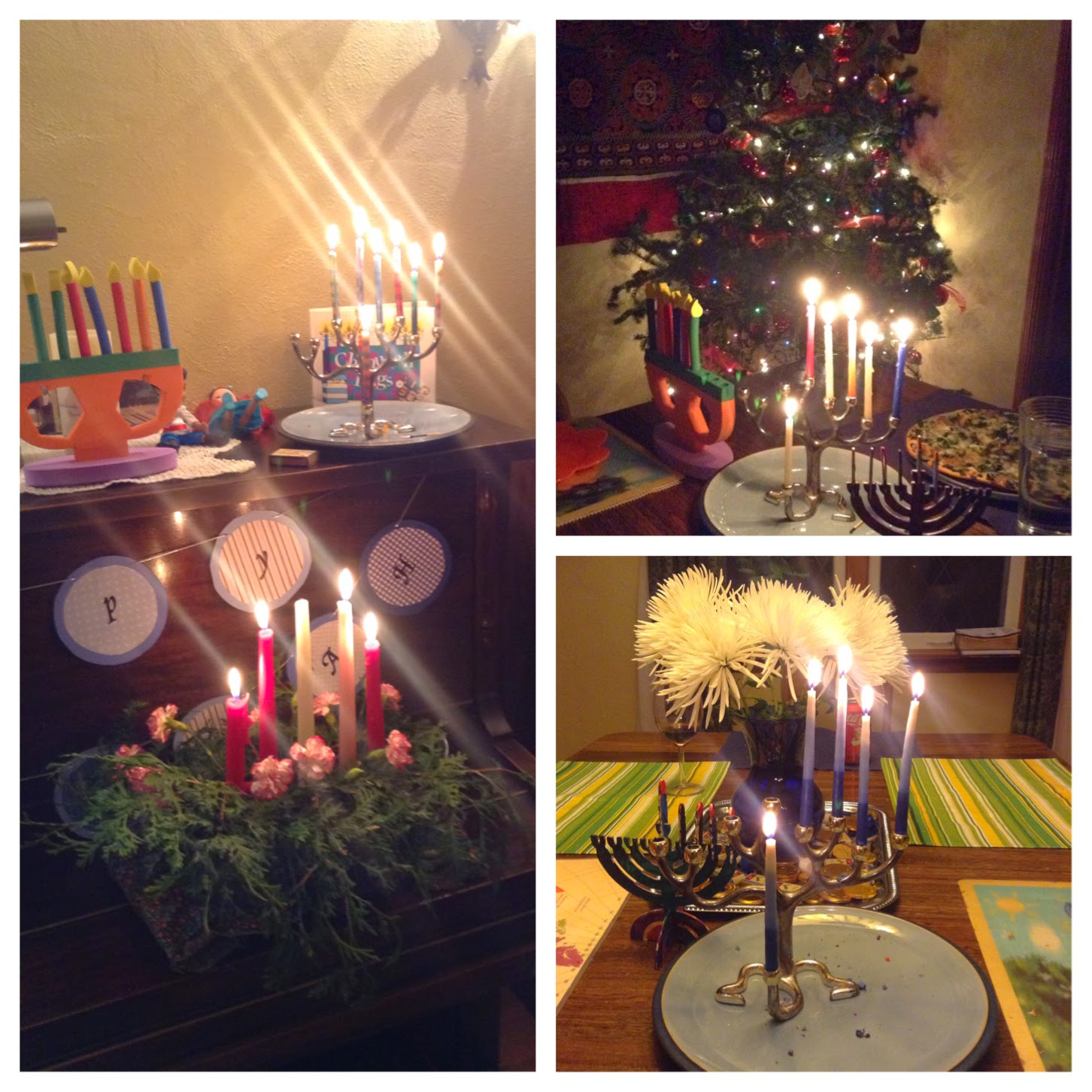 Chanukah overlapped a little with Christmas this year so we had Advent candles going too one night, and the Christmas tree lights in the background another night.

All in all, it was a beautiful Chanukah with much light in our lives during this dark time of year.
Posted by Natasha at 07:51