In Which Rachel And I Are Both Looking For Houses

We went to Victoria, BC on Vancouver Island for a few days to visit my parents who are currently vacationing there. Mom and Dad invited us to join them for a bit and we took them up on their invitation. As can happen with flying, our flight there was delayed so by the time we arrived at Mom and Dad's we'd been up for almost twenty-four hours. The kids slept on the plane for three hours and then slept for another four or five once we got to Mom and Dad's and that was our "night." 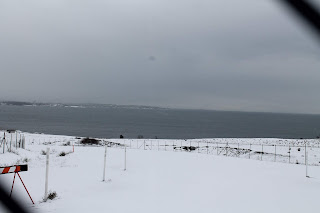 Needless to say, we did not do much the first day. We played some games, ate some food, and tried to walk to the ocean near Mom and Dad's. However, Victoria had gotten a ton of snow (a rare occurrence in that part of the world), and so the path to the ocean was closed off. Boo. We went to bed quite early and woke up raring to go early the next morning. 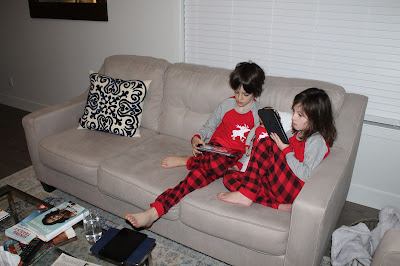 I took a few pictures of Sam and Rachel sitting together on the couch because they just don't know how to give each other space. Ha! 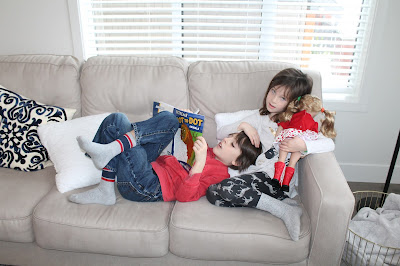 Dad drove us into downtown Victoria and we explored for a few hours. Our first stop was Starbucks to get some fuel as it was just above freezing. Rachel loved this statue of an orca we found along the harbour. 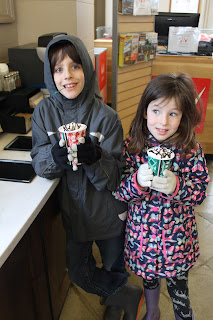 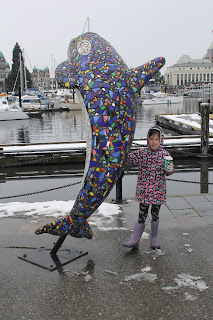 We weren't quite sure what we wanted to see but we stopped in at a tourist information centre and found out about Fisherman's Wharf and Victoria's floating houses. These are houses which are built on floats on the water. There are just over thirty of them. After spending some time in this unique neighbourhood, I now want to live here! If you want to know more about them, you can check them out here. 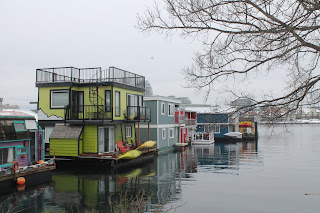 Supposedly in summer, it is crazy busy with tourists but we pretty much had the place to ourselves. Well, just us and a harbor seal, that is! 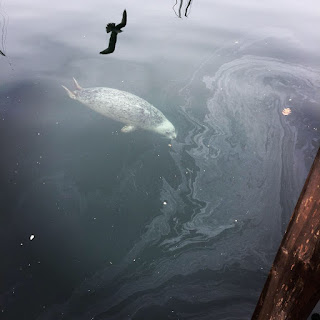 We ate the most delicious fish (tacos, chowder, fried) at one of the two restaurants open on the wharf. The restaurant was floating, and the dock we ordered from was stable, so I got dizzy just trying to read the menu which kept moving back and forth! 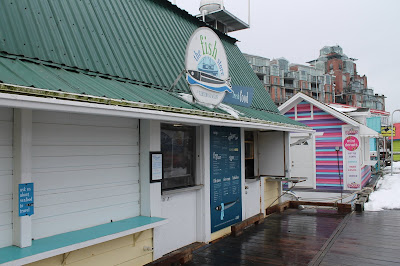 Thankfully the outdoor patio where we ate was also stabilized. Phew. And the food was AMAZING! 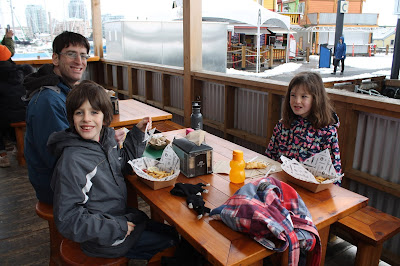 After lunch we walked along an oceanfront park. 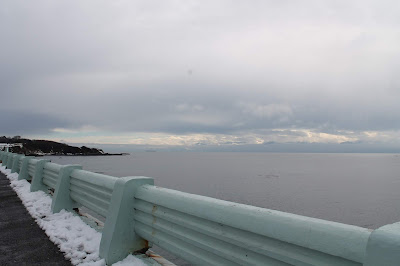 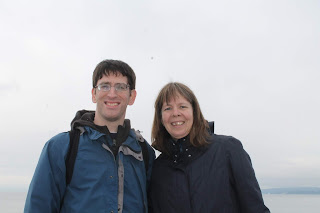 The views were incredible. 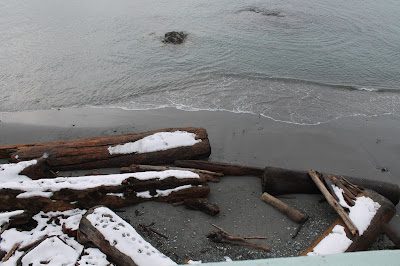 Then we found a walkway which allowed us to get down on the beach. Sam and Rachel immediately started to try skipping stones. 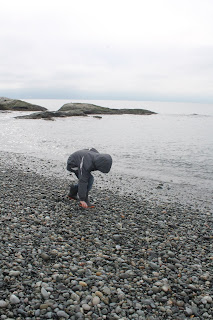 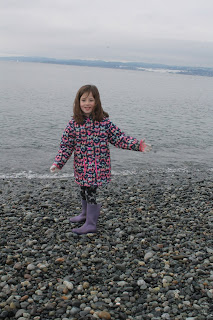 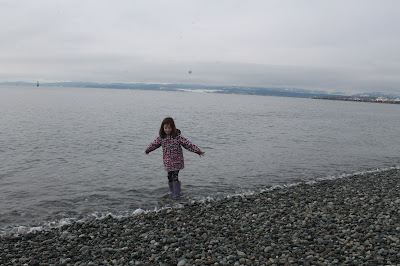 They also played in the waves and got surprised by the tide and ended up with wet feet. They thought they were in shallow water when a big wave came up and went in their boots! Oops. 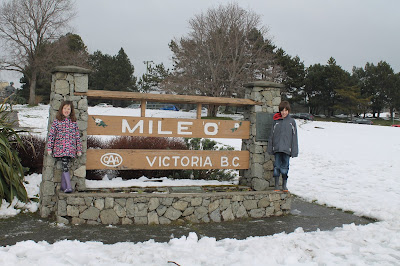 We found Mile Zero of the Trans-Canada Highway. Yay!!! This is where the 8,000km of highway which crosses Canada officially starts. 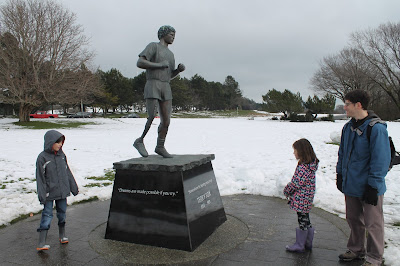 We also found the statue of Terry Fox. I wrote more about Terry Fox in this post here, and we also saw the statue commemorating where his journey ended here. 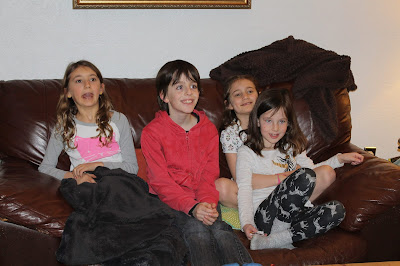 In the evening, we visited some friends from Edmonton. We met these friends in our prenatal class with Sam. Sam and Stella (on the left above and below) are just a week apart and both turning TEN this year. 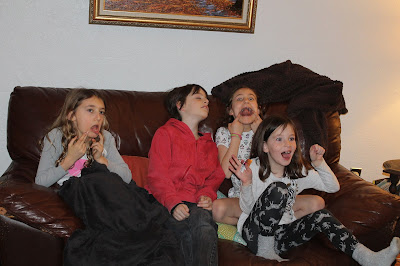 We hadn't seen these friends since we left Edmonton almost seven years ago. And we picked up like we had just visited them last week. I really hope another seven years doesn't pass before we see them again. 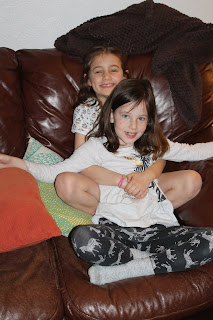 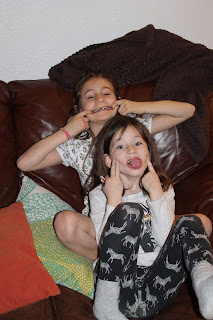 Rachel and Mia (who are about five months apart) got along really well and Rachel now wants to buy a house right next door to them so we can visit with them every day. Since I'm interested in a floating house, you may find both Rachel and I scouring the real estate ads in this part of the world for the next while!

You can read about the rest of this trip here.