I really want to post about our day on Saturday but I thought I should finish blogging about our New York trip first. But this is just to warn you that Saturday was an epic day and I can't wait to share it with you. (You can tell by all the italics how awesomely great our day was. Ha!)

Anyways, back to New York because our Day 2 in the city was pretty epic in and of itself. We started out at Grand Central Station again, but because of a recommendation from Dave's aunt and cousin, we found ourselves at the Great Northern Food Hall. It was delicious. I had two smørrebrød -- open face rye bread sandwiches. One was beet hummus and endive and the other was avocado and Granny Smith apple. They were amazing. Yum! I highly recommend eating here if you find yourself in New York. 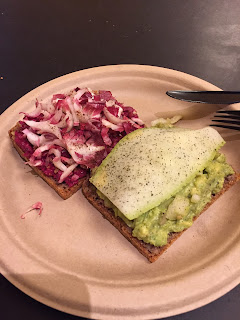 Since we were in the city so soon after Christmas, I was excited to walk along 5th Avenue and see the famous window decorations. However, I was disappointed to see so few. (I've heard the decorations are dying out -- boo). 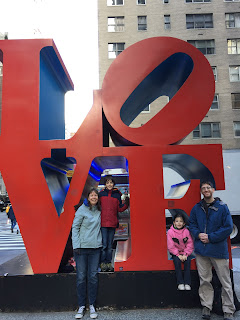 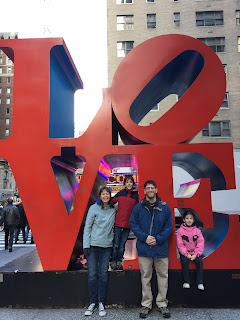 However, we did take another photo at the "Love" statue. You can see our first one here. 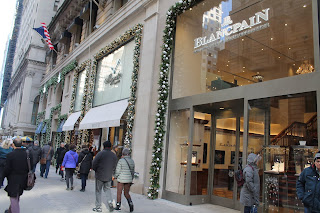 Then we found the Lindt Chocolate shop and took our time picking out Lindt ball chocolates. They had an amazing selection. Oh yuuuummmm! 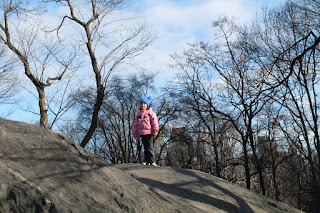 Our plan had been to go skating in Central Park but the lineup was quite long. It was also fairly expensive (which we had anticipated but it was a factor) and the kids, when given the option, just wanted to climb on the rocks. (We even offered a carriage ride in the park as an option.) So we went with rock climbing, which meant the kids had a blast and Dave and I got to sit. Everyone was happy! 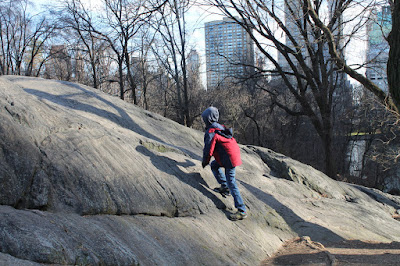 Because the weather was incredible, which was completely unexpected, we decided to take the subway out to Brooklyn and then walk across the Brooklyn Bridge back to Manhattan. Armed with Starbucks, we set out. 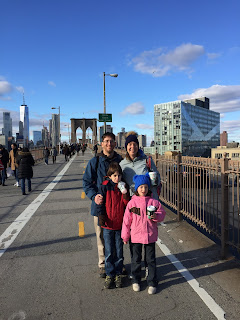 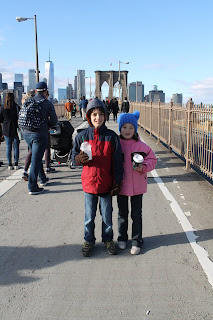 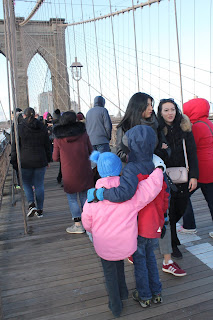 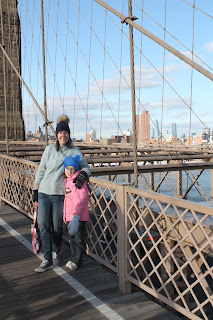 I completely melted when I saw Sam and Rachel walking with their arms around each other. They really are each other's best friends. 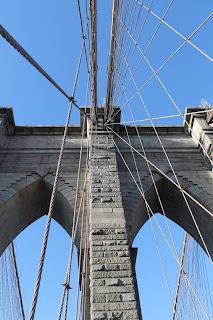 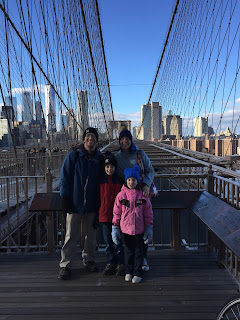 This was such a fun experience, and I'm so glad we took the time to do it. 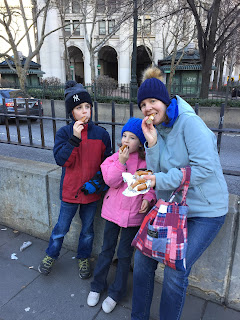 Then we grabbed a hot pretzel from a street vendor and devoured it. Dave doesn't like them but the kids are definitely on Team Pretzel with me! 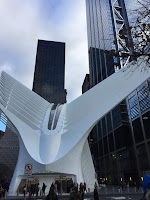 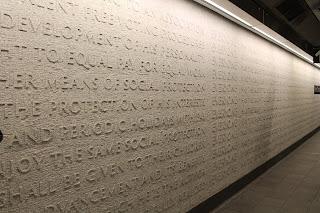 We had some time to kill so we were going to walk down to Wall Street and check out the atmosphere there. However, we found ourselves near the new World Trade Centre and the September 11th memorial so we detoured over there instead.

I explained to the kids a little bit about what happened that day and how we needed to be respectful when visiting the site. The memorial was incredible. Every day the 9/11 Memorial & Museum recognizes the people who have birthdays on that day by placing a white rose at their name. (You can read more about it here.) Rachel and Sam found the people who would have been celebrating birthdays on January 3. Rachel also found the women who had died with their "unborn children." I was really impressed with how respectful the kids were.

Also, we have no pictures of this visit because I don't like taking pictures at places which feel sacred and this, to me, was a sacred space. I think the kids really felt it too. The pictures above are of The Oculus, the transportation hub, and a really amazing subway station at the World Trade Centre. 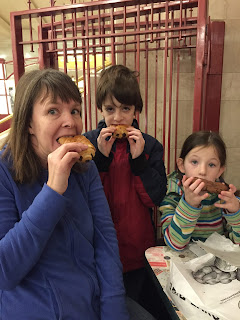 While waiting for our train to leave, we got to enjoy some final chocolate croissants from Zaro's. 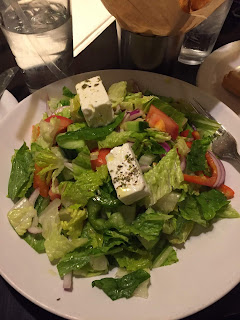 We met Dave's other cousin and her husband at City Limits, a local diner in White Plains. I have fond memories of their Greek Salad and enjoyed getting to eat it again. It was as delicious as I remembered. 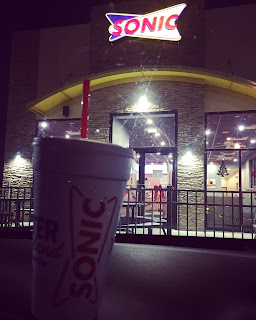 The next day we drove home and revived ourselves with a late afternoon stop at Sonic. I had the cherry cream slush and it reminded me why I wish we had Sonics closer to us. Ha!

So that was the remainder of our New York trip. For this day, it didn't turn out as we had originally planned but it was filled with lots of beautiful moments nonetheless.

And really, come back here on Wednesday (or maybe Thursday) to read all about our Saturday adventures!
Posted by Natasha at 06:59