So back in December I wrote a post about how I was dreading Christmas and saying that all I wished for was "to enjoy the holidays." So here's how Christmas Eve and Christmas Day looked for us. I will ruin the suspense by saying that, although it wasn't necessarily the Christmas we originally wanted, it turned out to be a pretty great Christmas nonetheless.

We had a pretty quiet Christmas Eve day. We ran a few last minute errands, I did a bit of work, the kids played, and I made French Onion soup for supper. We headed off to our church's Christmas Eve service where both kids played the piano as a part of the prelude. 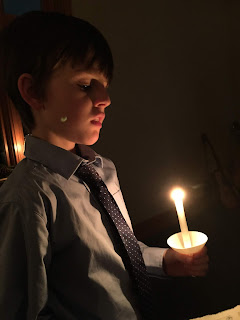 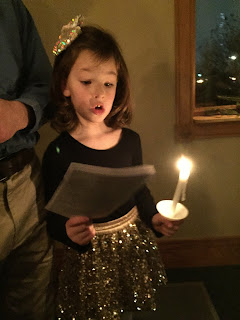 This was the first year where I wasn't worried about either kid setting themselves, or anything else, on fire during the candlelit portion of the service. And I was super-proud of myself because usually, if I'm not seeing my parents over Christmas, this service has me in tears but I didn't feel sad at all, which was such a gift. 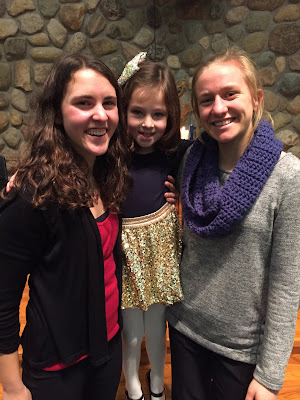 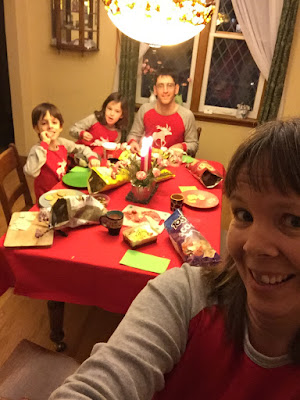 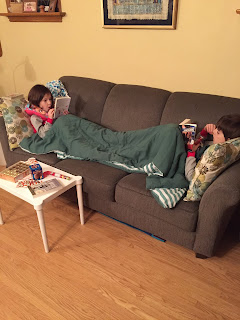 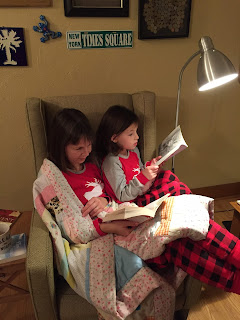 After we had had some snacks, we all got a new book and spent the rest of the evening reading. I also made a friends' apple cider bourbon recipe which was delicious! Yum!!! 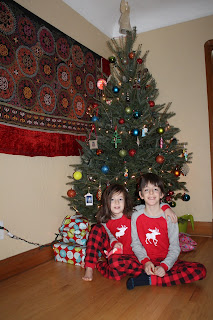 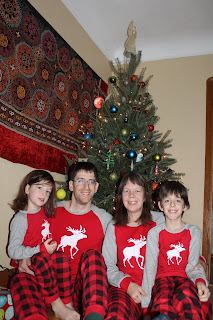 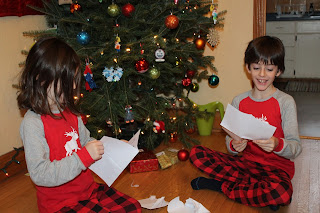 We had told the kids we were going on a road trip the week of New Years but they didn't know where we were going. On Christmas morning they got tickets to the Buffalo Sabres/New York Islanders game in Buffalo on New Years Eve as well as tickets to Frozen on Broadway for early January. I think they were excited. 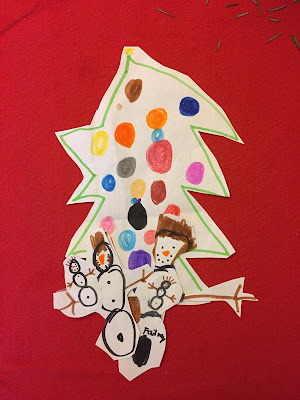 Rachel had this wrapped up for me under the tree and it was hilarious. It's our family, as snowmen, the Christmas I was pregnant with Rachel. I have no idea where she got the idea for this but it was hilarious!!! I laughed so hard!!! 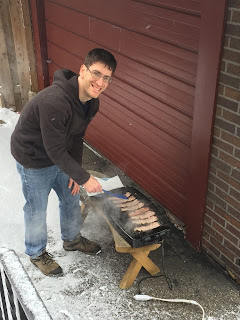 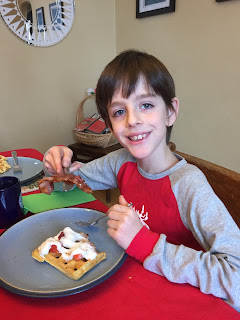 Sam was super-excited that Dave attempted (and succeeded) at making the Christmas morning bacon. 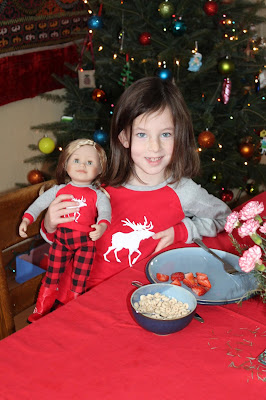 Rachel got a Maplelea doll -- the Canadian version of American girl. She was really excited about this. She got Leonie, the girl from Quebec. 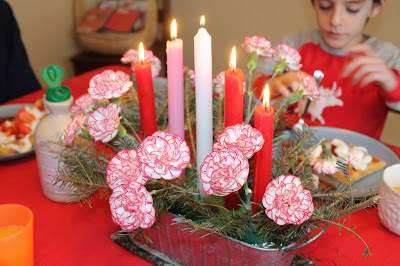 We lit the Christ candle on our Advent wreath. 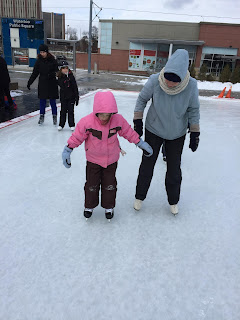 We spent the afternoon skating... 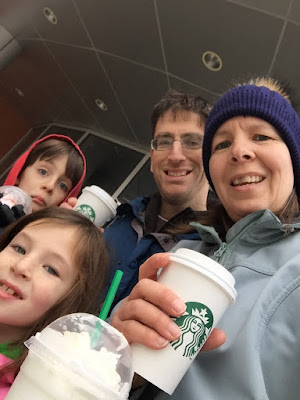 ...and stopping for Starbucks. 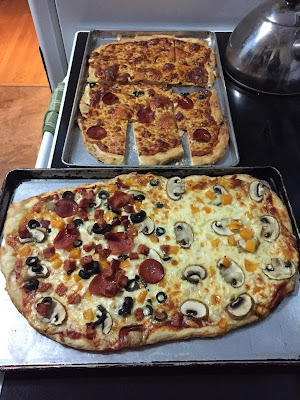 I didn't want to attempt a traditional turkey dinner so we had Christmas Day pizza instead. 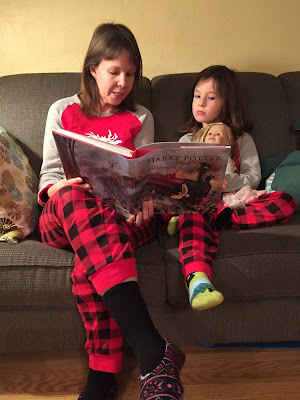 And I ended the evening by reading fifty pages of the first book of Harry Potter to Rachel. She had been waiting forever for me to start reading it to her. And as of today, we only have about seventy-five pages left and she has been loving it.
Posted by Natasha at 06:41