In Which We Were "The Ceiling People"

When Dave and I started dating, we decided that we would give each other experiences for our birthdays rather than physical presents. For the past few years for Christmas, we have done that for Sam and Rachel as well. They still get plenty of gifts for Channukah and from grandparents and each other so they're not lacking for stuff.

This year we gave Sam tickets to an NHL game and Rachel tickets to the Frozen musical on Broadway. We knew we wanted to go to New York so we looked for events which would work for that destination. 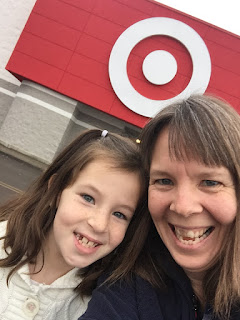 Rachel and I were excited to shop at Target. She got a new headband and a toque, Sam got some Minecraft Creeper pjs, and I got some new shirts and a day planner. Dave got some USB keys but he was excited about them. Ha! 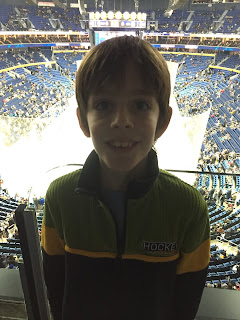 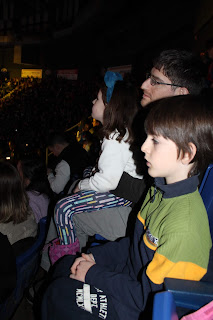 Sam has gotten a little bit into hockey, for some reason, so we decided it would be fun to check out an NHL game. The one which made the most sense to attend was to go to Buffalo and see the Sabres play the New York Islanders on New Years Eve. Sam was super excited to experience his first NHL game. The rest of us had fun too! 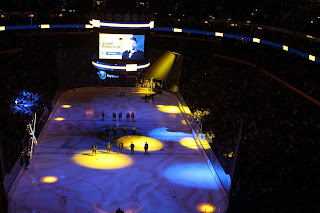 I loved watching the opening light show as they started each period. It was really fun! Sadly, Buffalo was losing (although we did get to see them score one goal and have a good chance to tie the game), so we left a few minutes early to try and beat traffic. It worked and we pulled into our hotel at 10pm. (The game started at 6pm so it was early.) 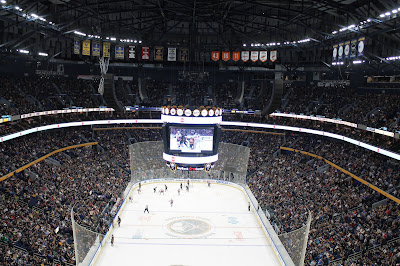 We planned to sleep through the New Year but Rachel had other ideas and stayed up until 1:30am. We were not impressed. Then the couple next door to us had a drunken, screaming, swearing fight from 3:00am until 6:30am so needless to say, it was not the best night of sleep :( 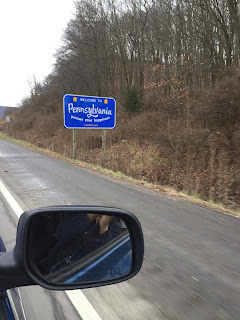 We took a bit of a different route so decided to make a small detour into Pennsylvania for gas and morning snacks. 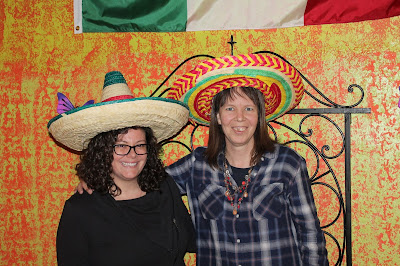 Jenna and I have been friends on Instagram for about two and a half years. We met through a readathon. She lives on the way to our final destination so we met up for lunch! Yay! We had so much fun with her and enjoyed our authentic Mexican food. Hopefully we'll be able to visit her again sometime.

We stayed with Dave's cousins and their kids just north of New York City. The next day, we took a train into the city. It took less than an hour so it was perfect. 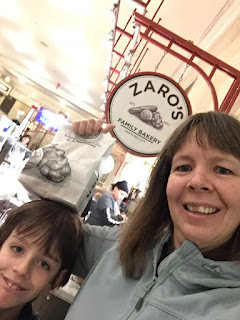 Whenever we take the train into Grand Central Station, we stop at Zaro's which sells the most delicious chocolate croissants. We may have eaten them two days in a row. Ha! 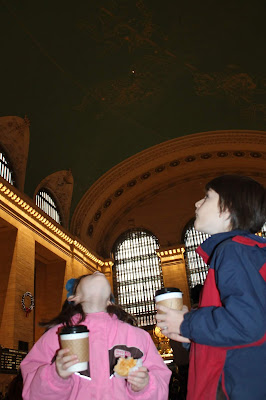 The kids were holding their hot chocolate and croissants and trying to take in the amazing ceiling at Grand Central. 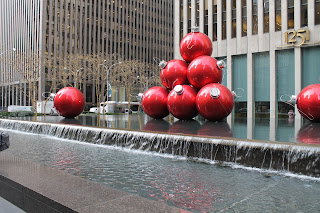 We usually go to New York City in the summer or fall and I've only been once before in winter (in mid-January) so I was excited to check out the Christmas decorations. I was a little disappointed with the windows on 5th Avenue. Supposedly not as many stores decorate as used to. 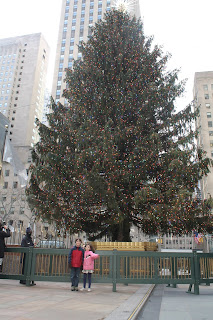 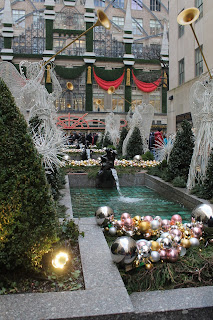 However, the tree at Rockefeller Centre did NOT disappoint. And the walk up to the tree was also pretty spectacular. (Dave had read an article about how crowded New York was over the holidays and we were pleasantly surprised that most of the crowds seemed to have gone home before we got there. Yay!) 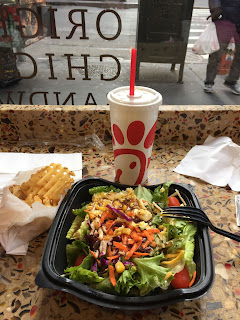 I was excited to eat at Chick-Fil-A again. However, they must have just recently opened up in New York because it was very crowded with limited seating. However, the food was really good. 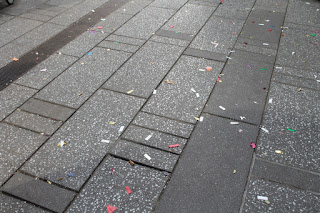 We walked through Times Square on the way to the theatre and we could still see confetti from New Years Eve all over the place. However, as you can see in the picture on the right, the ball had already dropped! I used to think I wanted to spend New Year's Eve in Times Square but I no longer have that on my bucket list. Too many people. Ugh. 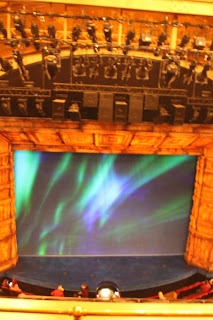 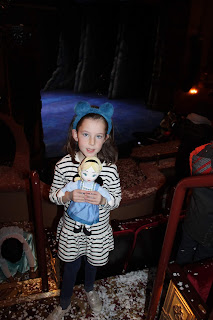 The highlight of this day was seeing Frozen on Broadway. It was AMAZING!!! I originally thought that it would appeal most to Rachel and Dave and I would suffer through it, wishing we were at a more adult musical instead. However, I really got into it -- more than I thought I would. They added a few new songs but they worked. The special effects were incredible and I found myself laughing, cheering, and crying a few times too. 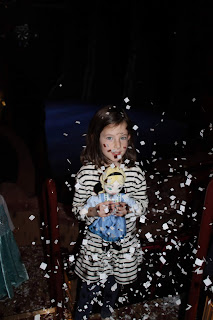 For the finale, they shot snow onto the main floor and the mezzanine. Being ceiling people, we didn't get to enjoy this special effect at the time but a kind usher let Rachel and I go to the front of the mezzanine to get pictures. A willing little boy happily gathered up the "snow" to throw at Rachel and I got this picture. It was so fun! 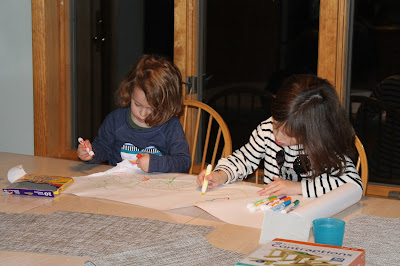 One thing we were excited about is that we didn't know how much Dave's cousins and their kids would be around. It turned out we got to spend more time with them than we had thought which was great! Rachel really enjoyed being the big girl. 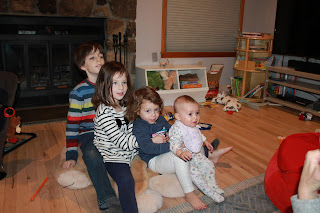 She also enjoyed getting to hold her squirmy younger cousin! I love the picture of the four second cousins. We had a lot of fun trying to get this picture :) 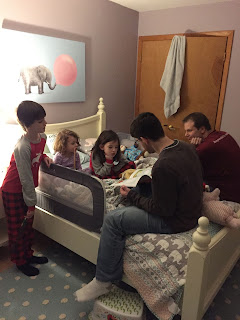 Dave enjoyed reading bedtime stories to these kids. We are excited to hopefully get to spend some more time with our New York family.

And that was days one, two, and three of our road trip. More to come next week...
Posted by Natasha at 06:12