One of my March goals was "Find fun things to do over March Break. Make a plan. Stick to it." March Break was last week so here's an update on how our week went. 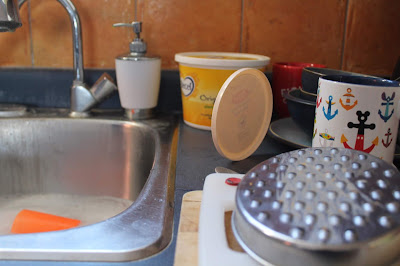 Rachel took this picture (and about twenty more!) of a precariously balanced yogurt lid. Dave had moved the dishes around it to wash them and the yogurt lid just balanced there, not touching anything. 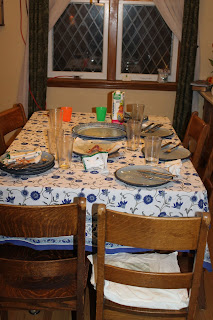 While I didn't get pictures of the people, we hosted two families and another friend for three dinners. This was the aftermath of having another family of four over for challah French toast. Yum! 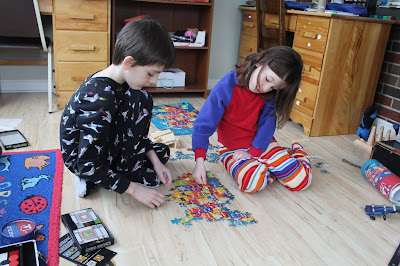 Rachel and Sam played A LOT together, including spending about an hour doing puzzles one morning. 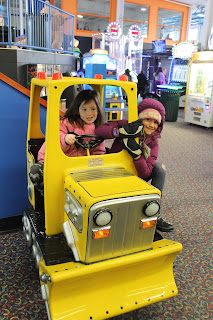 The kids had a play date at a play place with some good friends. And then we all went to eat lunch at Harvey's.

Sam, especially, read and read. And then he read some more. My parents bought him a series of books (The Heroes of Olympus by Rick Riordan) which has five books with 500-600 pages each. They ordered them ahead of time for his birthday. Mom and Dad said I could give him the books whenever so I saved them until March Break so he'd have a good chance to read them. He read three last week. I might also have read (more than) a few books myself last week! 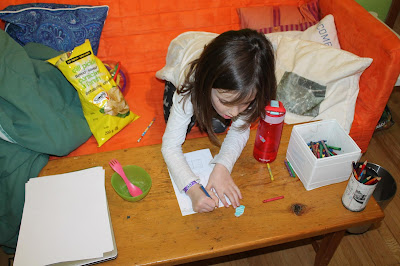 Rachel was a card making machine. She made three last week alone and got started on another few. 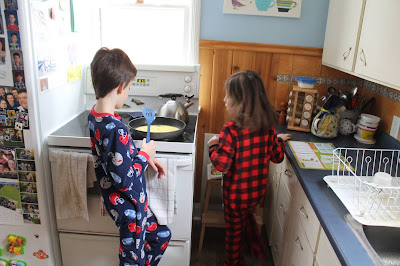 Sam and Rachel made eggs and two pieces of toast each. It was good fuel for the four hour play date with friends which followed. 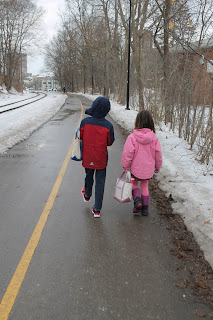 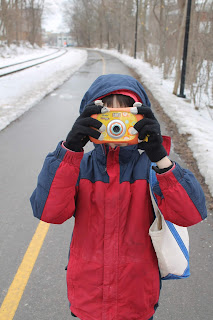 One morning we went for a walk. The kids were going to open up savings accounts but we were missing some pieces of ID so we'll have to go back. Thankfully the credit union changed their coins into bills so we didn't have to carry all the coins back home! 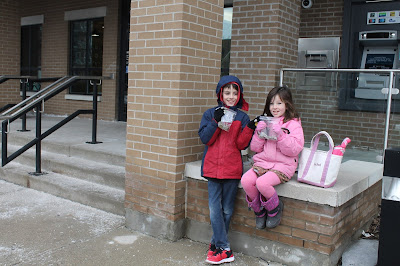 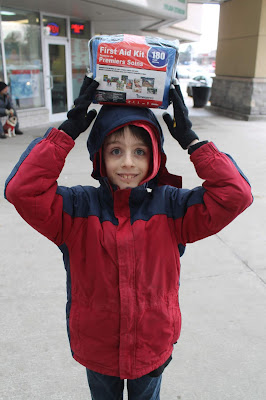 While Rachel was at a dance camp with her friend, Sam spent the day at a Home Alone safety course with another friend. At age ten, kids can start staying home on their own and Sam is eagerly looking forward to it. One of his worries was that we don't have a home First Aid kit so we bought one. And then found a good place to store it! 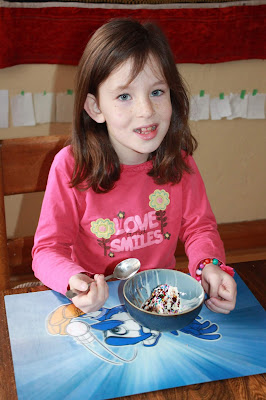 We ate ice cream sundaes at eleven in the morning! Hahahaha!!! After this the kids went to Dave's parents' for a sleepover. Dave and I had an exciting date night where we binge watched SIX episodes of Grey's Anatomy season two. 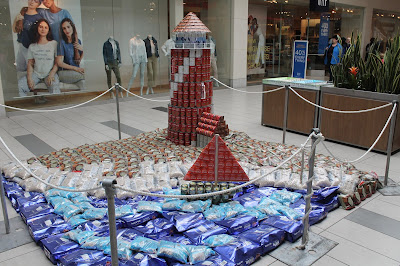 We checked out CANStruction. You can read more about that here. 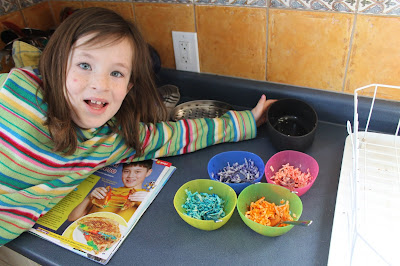 Rachel gets a kids' magazine and it had a recipe for rainbow grilled cheese so we made it. It was fun to eat! 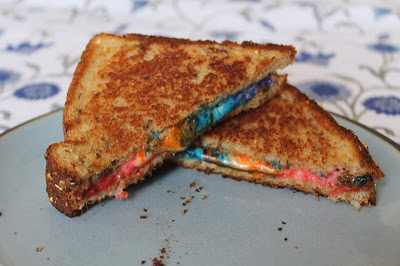 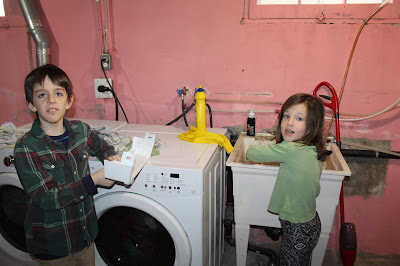 This is another spoiler alert for my March goals but we cleaned out the fridge. The kids did an amazing job of scrubbing out the drawers and drying them. 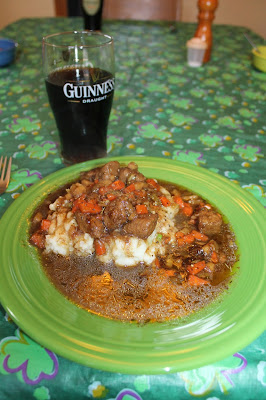 And I was super-excited to discover vegetarian beef tips at the grocery store so I could make Beef and Guinness stew for St Patrick's Day! Yay!!!!!

So that was our March Break. The weather wasn't very spring like but the kids had lots of social time and I was able to find lots of spaces to get work done. And we all got to do some special things like having lots of time to read and eating sundaes before lunchtime. I would say we definitely accomplished our March Break goals!
Posted by Natasha at 06:13