You would think with Hallowe'en being on a Saturday, that would make life a little more sane. Unfortunately, it just meant that the Hallowe'en craziness was spread out over three days. So at 7am on Friday morning the kids were making treats for their class parties. 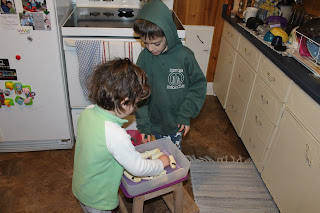 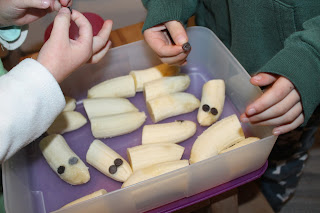 Thank you Pinterest for both of these ideas. Next year I am just sending the cheese ghosts for both classes. They're more expensive but way easier to make. Also, to transport! 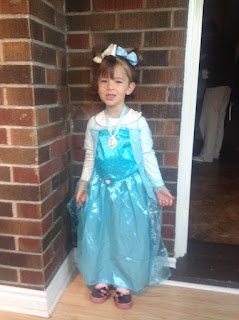 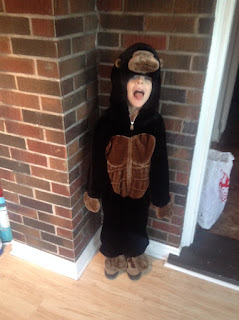 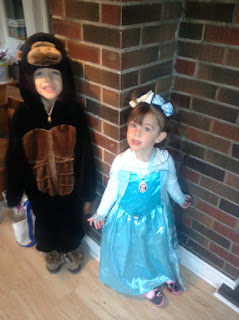 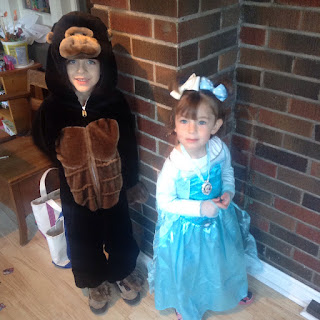 After school Dave's work had its annual trick-or-treating. I love how creative some of the teams are. 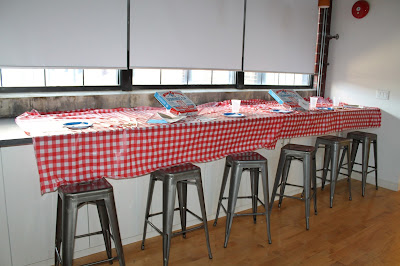 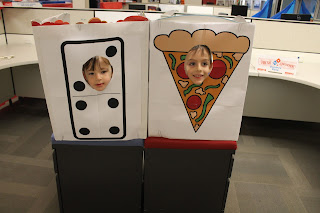 Pizza anyone? They also had a life size (fake) pizza oven set up. Supposedly Domino's heard about this and sent over six free pizzas! It was pretty amazing. 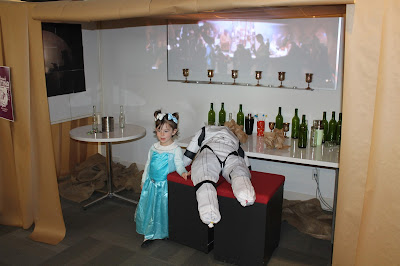 Then there was the team which set up a Star Wars theme, including The Chalmun's Cantina, and the team which was set up as "Saved By The Bell." I'm sad I didn't get pictures of all their amazing posters. Needless to say it's a fun tradition which we look forward to every year. 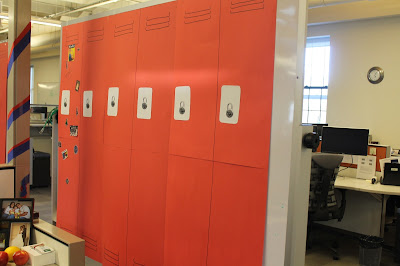 The kids get a TON of candy because they trick-or-treat for an hour and it's just going from cubicle to cubicle on three floors. Here they are diving into their stash. 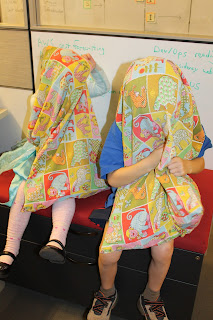 On Saturday we decided to carve our pumpkin. After an enthusiastic start, the kids basically abandoned Dave to do the bulk of the work. They did give all the input on the design though. 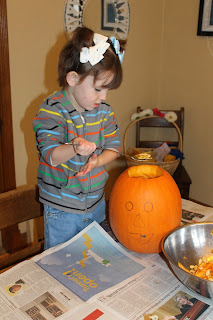 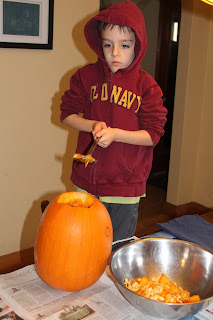 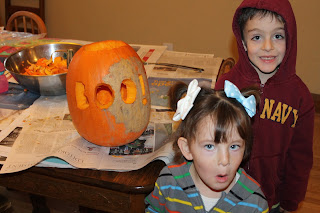 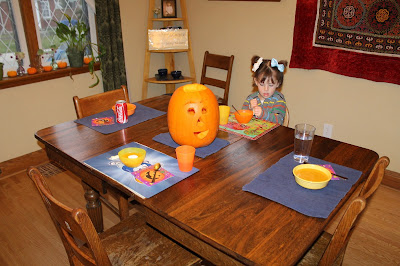 We went trick-or-treating with friends for a few houses and then stopped by a few houses of friends from church. As usual, it was raining on Hallowe'en so I was thankful that the kids had had a good chance to trick-or-treat the day before. I think they still ended up with enough candy though. (We're making them share with us!) 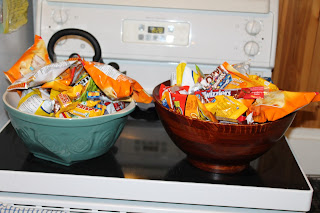 Now I have to get back to my job of eating all the Coffee Crisps and Areo bars I got from the kids. I always take make them share all the good stuff. Ha!
Posted by Natasha at 08:01