Ever since I saw this week, I knew who I was going to write about: my New Mom's Group in Edmonton. And if you don't want to click on the link and read all 98 posts I wrote about these awesome women and their kids, then I will tell you a bit about them here.

Dave and I moved to Edmonton and didn't really make a ton of friends. It's hard when you're new and good friendships take time to form. Then we had Sam, and Alberta Health Services offered a New Mom's Group to moms of kids, aged 6 weeks to 6 months. I couldn't join the group I wanted to as we were in Ontario for part of that summer, so I joined a group when Sam was 4 1/2 months old, in August 2009. We met on Tuesday afternoons for six weeks. 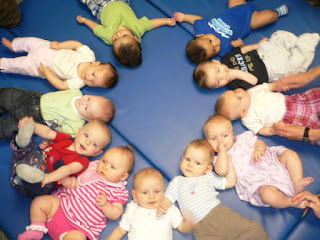 If you don't immediately recognize Sam, he's in the red top and navy pants
on the lower left hand side.

And then after that, a group of us kept meeting. After all, we were all parenting our first children, we had a year of maternity leave, and we liked each other. We kept calling ourselves the New Mom's Group because we were original like that. 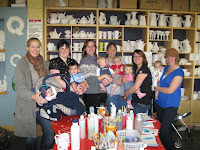 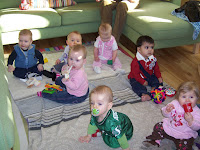 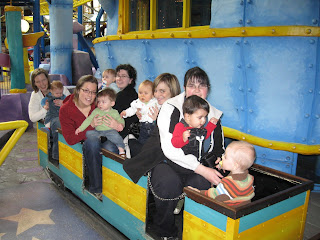 We had playgroups at each others houses, we went to indoor play places, and we made Christmas gifts for the grandparents together. We celebrated Hallowe'en, Christmas, and threw all the kids a joint first birthday party after the last child had turned one. 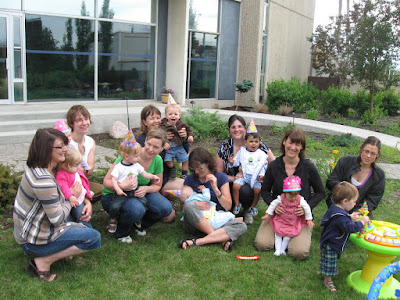 And then slowly, we embarked on being working moms together. Five of us had flexible schedules and continued to meet on Tuesday mornings. And then Marcia and I started trading kids. Olivia and Sam spent a lot of time together and became the best of friends. In fact, they had their first kiss with each other, with Marcia and I looking on and dissolving at the cuteness. 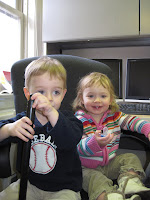 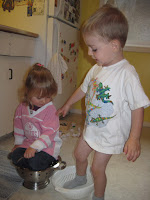 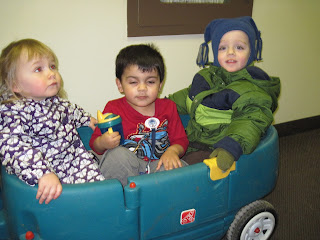 These women were some of the first to know Dave and I were expecting our second child and they supported us while we mourned the loss of that baby. Then they celebrated our second pregnancy with us. 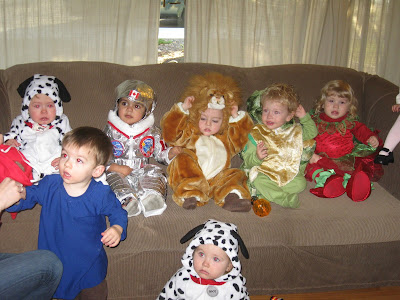 I barely remember Hallowe'en that year because I was so morning sick. But I made it through the rest of that pregnancy, in part because of these really good friends. In fact we joked that we were such good friends, we all got pregnant together! 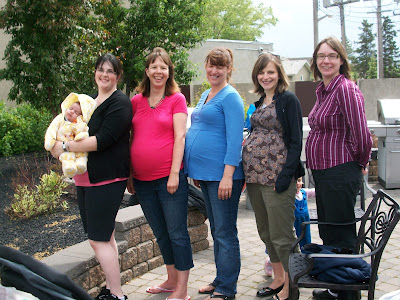 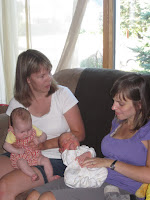 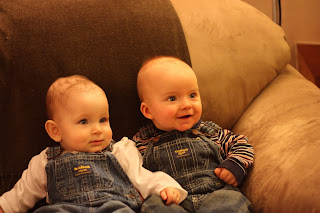 We embarked on the adventures of parenting two together. And the adventures of gymnastics, where Auntie Jenelle sewed the kids the absolutely cutest outfits. She even made them for the younger siblings. You can see Rachel modeling hers here! Some of us also did Kindermusik and swimming lessons together. 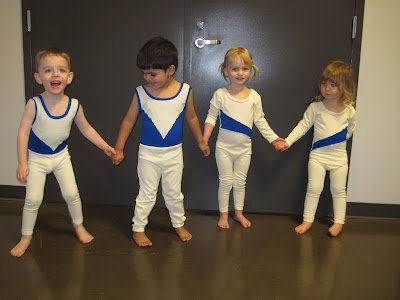 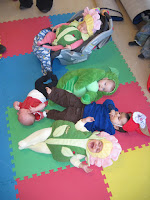 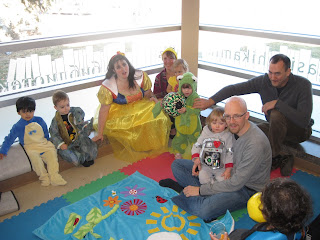 We had a much busier Hallowe'en party that third year! Ha! Christmas was also a little crazy :) 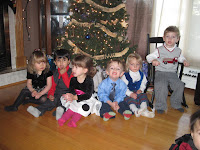 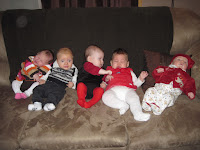 We found a fire station that would take us all in and give us a tour. 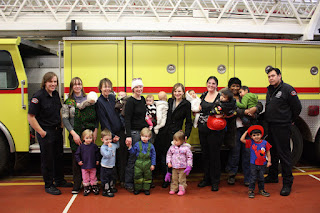 And we started having Mom's Nights to give us some sanity. 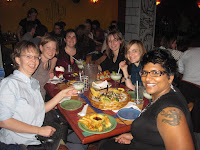 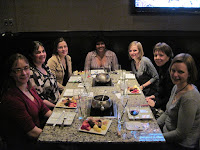 One of the things I hated the most about leaving Edmonton was leaving this group of women. The last big event we did together was a joint birthday party for Sam and Tevan. Tevan turned one the day before Sam turned three and Sheri and I decided rather than having everyone attend two birthday parties in a row, we'd just throw one!

We rented a room in the same building where we first met two and a half years before and celebrated at a firefighter themed party with a bouncy castle. The kids all played, the moms presented me with a photo book, and I cried. 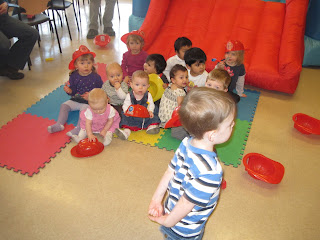 And I still cry when I think of how much I miss these women and their kids. Since it's over 2000 miles from Edmonton to Waterloo, we haven't seen each other since we moved. We still keep in touch over Facebook but it's just not the same. Six years ago today (since it's a Tuesday), I would have headed out for the afternoon to one of the last (official) New Mom's groups not knowing that I was meeting with the people who would become some of my best friends. This year our older kids all started Grade 1. How have six years passed in a blink of an eye?
Posted by Natasha at 07:55