The Towels Were Flying! 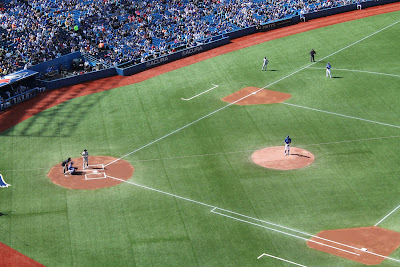 We went to our last Blue Jays game of the season on Saturday. It was Fan Appreciation Weekend and the Jays had just made the playoffs (due to some mathematical improbabilities of some other teams' schedules), so the atmosphere was like a big party. Plus they handed out rally towels to all 50,000 fans. 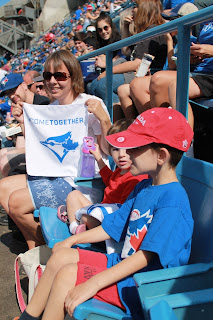 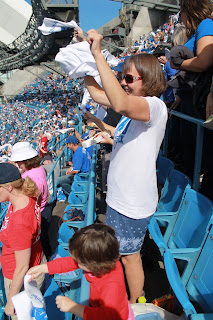 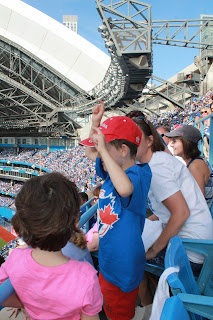 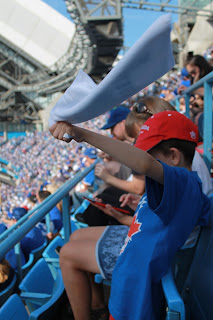 Even Sam, who is normally a low key fan, was into the rally towels!

It was an exciting game with a score of 5-0 Jays, thanks to two home runs, after the first. Surprisingly, Tampa Bay rallied a little, and the final score was 10-8 for the Jays. It was such a fun game. 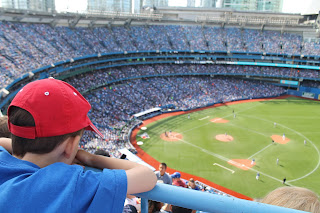 You can't really see it in this picture, but the entire stadium was white with rally towels madly flying! It was such a cool sight to see. 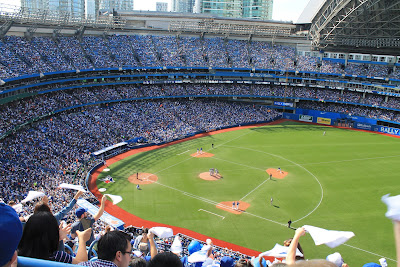 After the game, we slowly made our way out of the traffic madness, and headed to IKEA for supper. The kids were hoping to have their first adventures in Smaland, but sadly, it was filled to capacity. So instead they burned off all their extra energy by running madly through the store, which wasn't at all annoying. 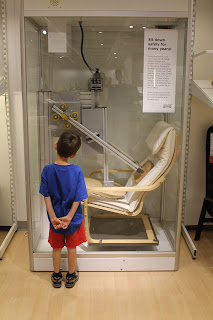 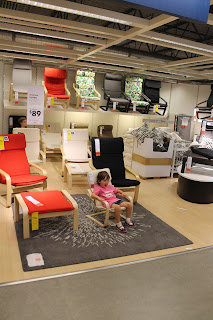 One thing we purchased were some cheap pillows because I had the idea to sew two rally towels together and make pillow covers. Some fans who weren't as into the whole rally towel idea even gave us some of their extras so now I can make three. Because if rally towels are so much fun, imagine the possibilities with rally pillows! Wheeeeee!!!
Posted by Natasha at 08:17

Labels: All About That Base(Ball), Ontario - Yours to Discover