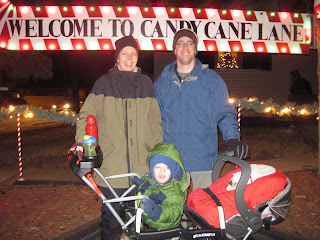 We did the Candy Cane Lane walk last night here in Edmonton. It is on 148th St from 91 Ave to 100 Ave. And it is totally just put on by the residents of the street. It has been happening since 1968, which is pretty cool. 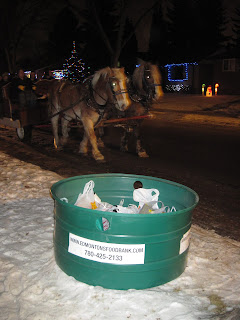 One of the reasons we were excited to do this walk was because it supported the Edmonton Food Bank. There were huge bins where people could drop their donations off. I found out the other day that the Food Bank in Edmonton was the first one in Canada. How cool is that?!?!? 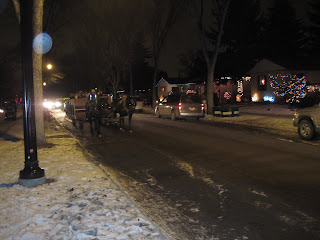 One option for the evening's transportation was a horse drawn wagon. We looked into doing that but decided it was too expensive. And so, rather than just slowly drive in our car, we decided to walk. It was a little cold but I enjoyed being outside. Sam was totally intrigued by the variety of decorations and Rachel just seemed confused. Sam also enjoyed waving to all the horse-drawn wagons which passed us. 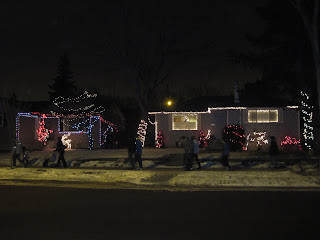 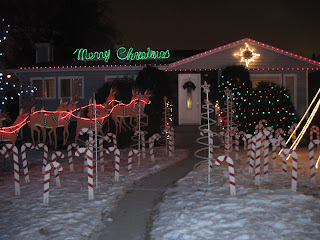 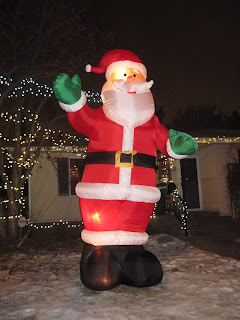 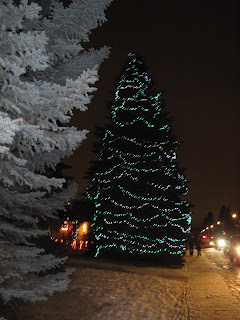 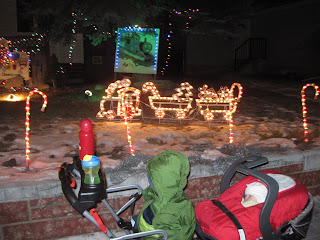 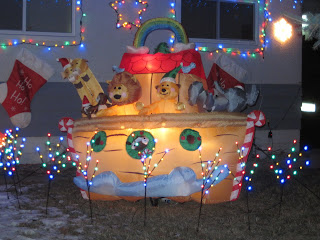 Sam really liked the Thomas picture. I was a little confused as to what Thomas and Noah's Ark have to do with Christmas... 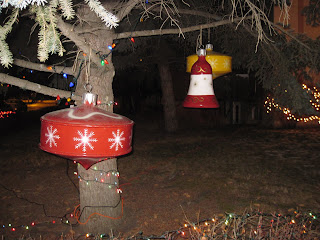 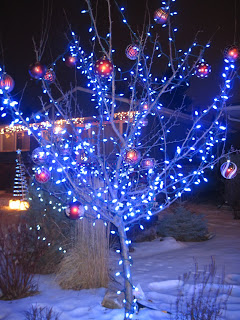 Some people decorated their outdoor trees with huge ornaments and it looked really cool. I took these pictures mainly for my mom (Hi mom!) because I thought she might want to do something similar one day. 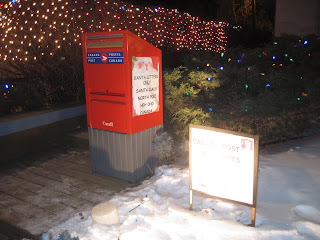 From what Dave and I have talked about we aren't going to perpetuate the Santa myth with Sam and Rachel although we will try to keep them from ruining it for other kids. However, I love the fact that kids can write to Santa Claus and Canada Post volunteers write letters back to them. 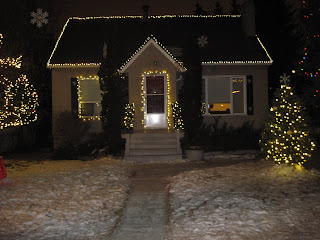 This house was understated compared to the rest, but it was beautiful in its simplicity. Dave and I talked about whether or not we would want to put lights on the house we might someday own and if so how we would decorate it. This one appealed to both of us with the simple lights and the greenery. 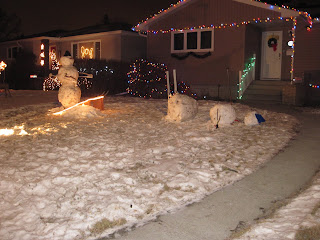 These people had some fun with the one snowman lined up to make the jump and the other one having, unsuccessfully it appears, attempted it! Ha ha ha!!! 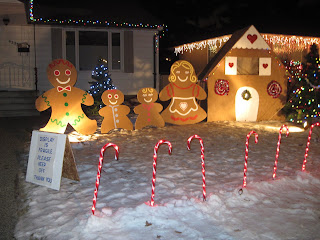 I wasn't going to take a picture of this house because it was one of the last houses we passed but Dave said, "Look it's us as a gingerbread family." so then I HAD to take a picture. Yep, a mommy, a daddy, a boy and a girl -- that's us :) 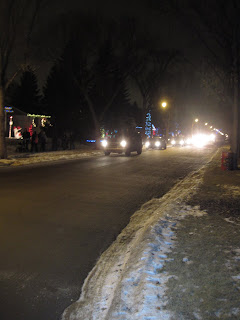 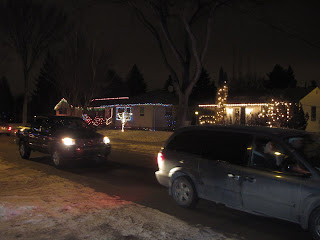 Views of the line up of cars and the lights on the houses. Dave and I were so glad that we walked rather than drive the car. It only took about an hour and it was a fun experience. However, Dave and I both agreed that if we were to do it again we would have only walked about halfway up the street and then back down rather than walking the whole nine blocks and back. It was just a little too cold and after a while the houses all started to look the same. I'm so glad we got to do this. It reminded me of driving to see lights as a family when I was little and I'm glad to introduce Sam and Rachel to something like this.
Posted by Natasha at 13:30