Dave here, jumping in for a guest post. It will come as a surprise to no one that Natasha is an avid reader, and you might easily assume that she tends to read a bit more than I do. However, the size of this gap trench yawning chasm was not apparent to me until Natasha told me in March that she had read fifty books since the start of the year. Intrigued, I decided to figure out how many books I had read, and I came up with a total of... wait for it... four! Not forty, not fourteen -- FOUR.

Inspired -- and more than a little embarrassed -- I decided to up my reading game, and see how many books I could read over the next several months. I am happy to say that, while I have not exactly embarked on any readathons since then, I have managed to significantly increase my total over the past few months. To mark my progress so far, I've decided to share a few highlights with you. 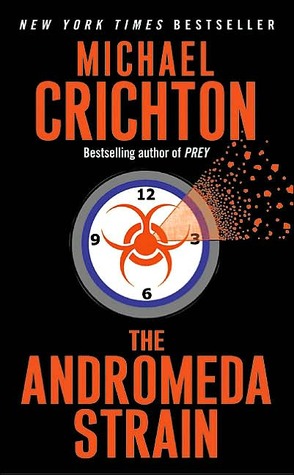 I remembered enjoying this one as a teenager (along with other Crichton best-sellers like Jurassic Park and Congo), and thought it might be interesting to re-read it in the midst of the time of coronavirus. I have to admit that, although there were some intriguing aspects to the story -- the cutting-edge computer technology of the late 60's, the fits-and-starts progress of the scientists' investigation -- on the whole I felt disappointed by the story. Without giving away the ending, let's just say that I wish that COVID-19 was as easy to vanquish as the Andromeda Strain. 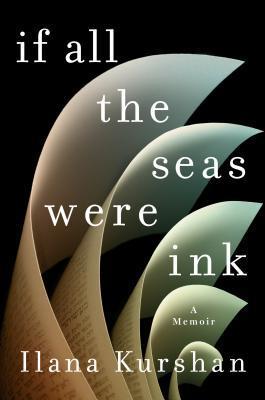 I received this book for free from the PJ Library program; although the program is primarily focused on distributing Jewish-oriented books to kids, they recently started sending out books for parents, too. This book is a woman's memoir of her years spent studying the Talmud (a massive collection of rabbinic writings, gathered from generations of Biblical study). While there were parts of the book that I found pretty dry -- the Talmud is primarily an intricate set of legal arguments, and the author is an academic at heart -- on the whole I really enjoyed it. Kurshan drew interesting parallels between esoteric rabbinic arguments and significant events in her own life, such as getting divorced, re-married, and having kids. 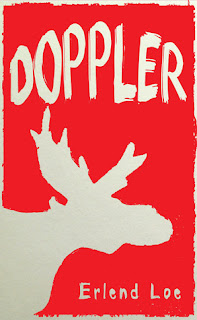 Doppler falls into the surprisingly popular "quirky outsider decides to break away from Scandinavian society and embark on an adventure" genre (see also A Man Called Ove and The 100-Year-Old Man Who Climbed out the Window and Disappeared), in this case befriending a baby moose and living in a tent for a year. Although the story tends to meander somewhat (in a potentially moose-like way?), it made for a fun read, on the whole, and the author shared some tongue-in-cheek observations about Norwegian society. 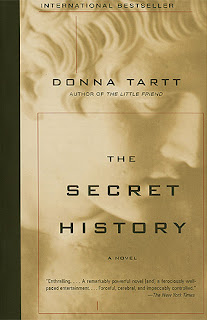 This is an unusual murder mystery, in that it is abundantly clear quite early on both who was murdered and who committed the crime. The suspense comes from the gradual reveal of exactly what led to the crime, getting to know the characters, and a lengthy exploration of the aftermath. This was a re-read for me as well (I first picked it up several years ago), and it definitely held up to a second reading. Even though I knew how the various plot lines were going to turn out, I enjoyed the journey of getting there, and rediscovering the complexities of each character. 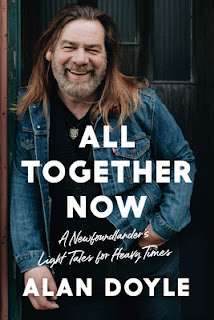 Great Big Sea is one of my favourite Canadian bands, and their lead singer, Alan Doyle, is more than a long-haired, sea shanty-singing front man. He is also a songwriter, occasional actor, and author. All Together Now is a collection of stories he gathered as lockdowns and quarantines began last spring, and it became clear that we wouldn't be gathering in person any time soon. Although the quality of the stories was somewhat uneven, there were a few that were really hilarious, and overall it was a fun, light read which gave me a new perspective on Doyle's career with Great Big Sea.
That about covers the highlights from the past few months. A few other honourable mentions are Yiddish for Pirates -- which I haven't finished yet, but features a Yiddish-speaking parrot (who is indeed also a pirate) as its protagonist -- and Coraline, a fairy tale by one of my favourite authors, Neil Gaiman. For those keeping score at home, my reading total for the year is up to an almost-respectable 17 books. I might drop by in January to fill you in on the rest of my reading for the year; until then, I'll return you to our regularly-scheduled programming.
Posted by Dave at 07:02