The Reason We Drove A Million Miles

While today we are actually driving though Alberta to attend my aunt and uncle's 60th wedding anniversary celebrations, I'm going to tell you about our first day in Whitehorse and the beginning of our (first -- more on that to come) Alaska trip. 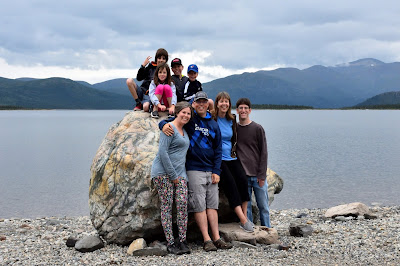 As I've said the main reason we took this trip was to visit friends. Sam and our friends' son were in the same class in second grade. (I did ask my friends' permission to blog about them but I will keep them somewhat anonymous so thanks for understanding.) At one point, A, the mom, wondered why we hadn't become friends before because in some ways, we are so much alike. And I agree with her -- we had the best time with them!

It was so much fun for me to see Sam and J together again! And I think J enjoyed showing us around. 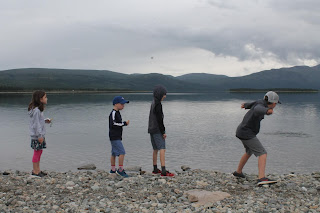 There was A LOT of time spent skipping rocks (or attempting to) in lakes this trip. That is definitely one of the defining factors of this vacation for me. 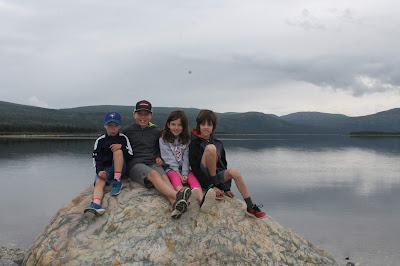 Rachel and J's younger brother, B, are about eighteen months apart but they got along quite well also. It was a good group of kids. 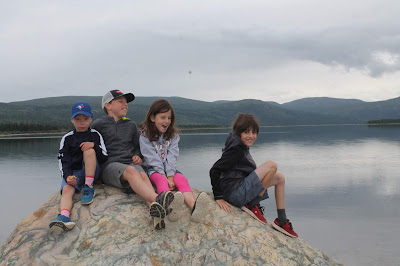 All four kids spent A LOT of time laughing together! 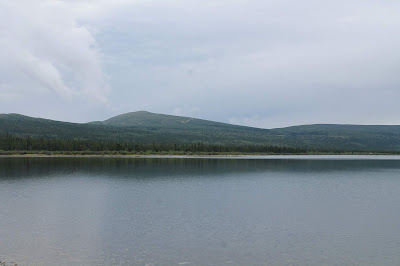 The first day we went to a lake near Whitehorse called Fish Lake. Then we had a picnic lunch at a research forest. We ended the day at Takhini Hot Springs. They were so amazing. We had a lot of fun working on synchronized jumping! Sam, who doesn't love swimming, was the official counter and I was the official photographer. 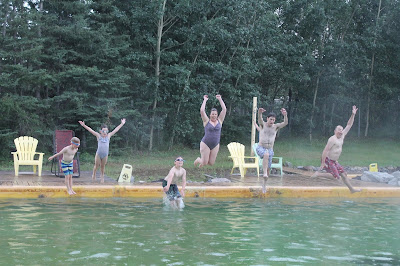 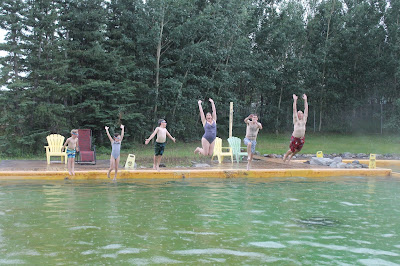 My favourite part was when it started to rain. There is just something about being in hot springs in the rain. (Sidenote: The weather was cooler in the Yukon (and Alaska) than what we had been experiencing in Ontario. I would say the highs were between 15 and 20C (60-70F) most days.) 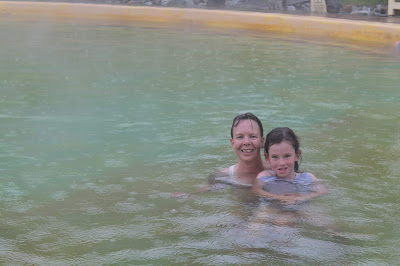 The next day we headed off on what was supposed to be a four day road trip to Alaska, hitting Haines, Juneau, and Skagway. We were just leaving Haines Junction, Yukon, when the hosts at our Airbnb informed us that the ferries weren't running. Unfortunately the workers had decided to go on strike the day before. Since Juneau isn't accessible by car (only plane or ferry), that meant we had to come up with Plan B. (I was super disappointed to miss the ferry ride and time in Juneau so I was not in the best mood for the rest of the day. Boo.) 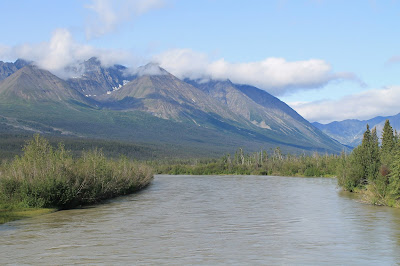 I took this picture because I needed to remind myself that I was still getting to experience some truly amazing things, even if some of our plans weren't going to happen. 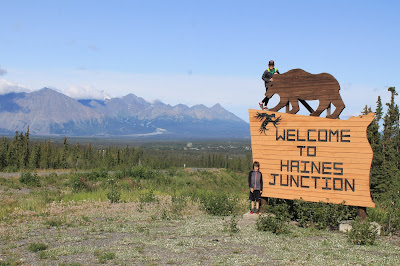 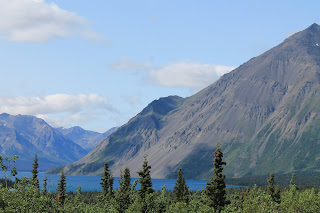 We had lunch on the shores of Kathleen Lake in Kluane National Park. It was a beautiful spot to eat lunch. We let the kids know about the change in plans. They were pretty disappointed too. 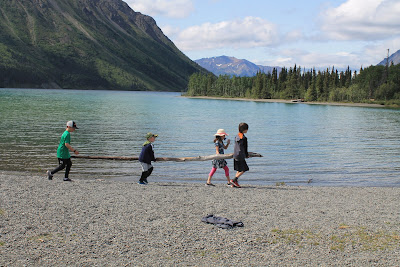 After lunch we took a short hike for another view of the lake. 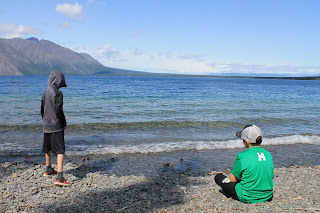 That afternoon we drove 200 kilometeres (130 miles) through some of the most incredible scenery. At alternating times I felt like I was in Iceland, New Zealand, Austria or Switzerland, and a Lord of the Rings movie. Ha! Also the highway was pretty much completely deserted and there were no towns or anything. 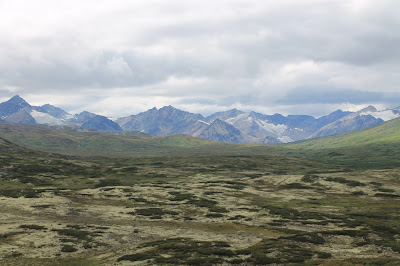 Eventually we made it to Alaska. So cool!!! 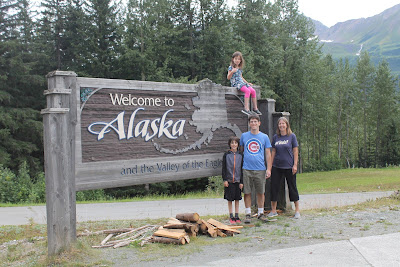