"Plan W" Was For White Pass

In my last post I said, "Hopefully, I'll be back tomorrow to tell you about..." and obviously "tomorrow" is now defined as "a week from now." sigh. We have had two very full weeks with long days at the pool. When we're not at the pool, I'm trying to get work done so blogging has fallen way down the list of priorities. But I'm back today to tell you about one of my favourite things about our trip. 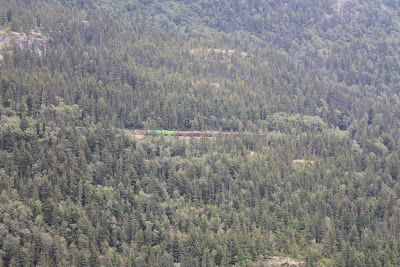 Do you see the train in the middle of the picture?
Skagway, Alaska is known as being the gateway to the Klondike. This is the point where many gold miners had to walk their way over the mountains. There was a shorter, steeper route or a longer, slightly less difficult route, but they both went through a high mountain pass. 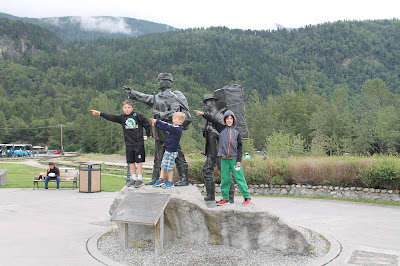 In 1898 the White Pass Railway was built. The history is fascinating and you can read more about it here. We had talked about getting tickets for the train but it is very expensive and between the ferry to Juneau and our AirBnb there, we decided against it. 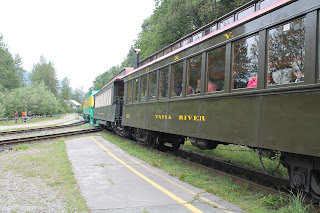 When we found out the ferry was cancelled, we immediately looked into buying tickets for the White Pass. However, it is very popular, and the one day we were going to be in Skagway was sold out online. Boo. We decided to head to Skagway anyways as we had lots of other interesting things to do there. 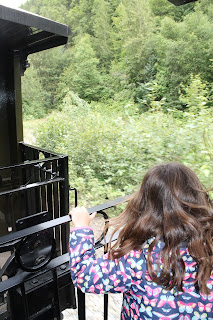 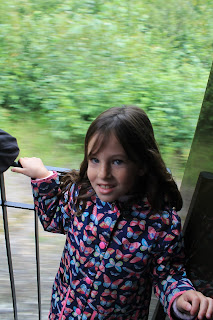 But then Rachel had to go the bathroom, and she and Dave went by the ticket office in search of one. The ticket office had a sign saying, "Tickets still available for today!" We snapped up seven of the last twenty tickets, and an hour later, we were on our way!!! We were sooooo excited and Rachel still reminds us, "It was lucky I had to go to the bathroom, right?!?!?!" Yes, Rachel, good timing :) 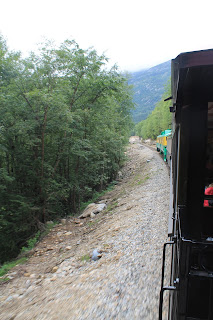 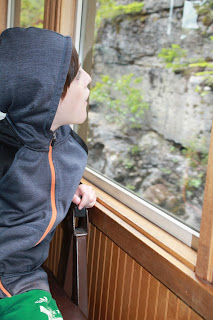 We did the two and a half hour excursion to the summit. I cannot imagine having to walk this route with a ton of supplies. Yes, an actual ton of supplies was what was required of people wanting to pan for gold. 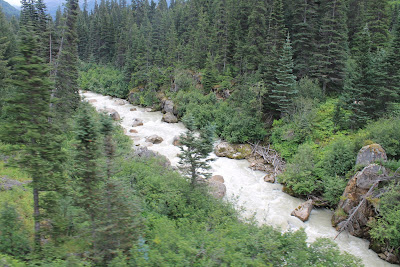 The scenery was spectacular! I spent a lot of time on the platform taking pictures and soaking it all in. 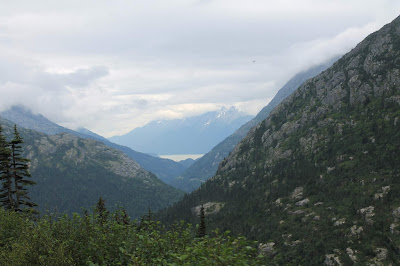 If you see the lake in the middle of the picture, that is the Skagway Harbour. The train announcer told us this was called "Inspiration Point" because some people think it looks like heaven! 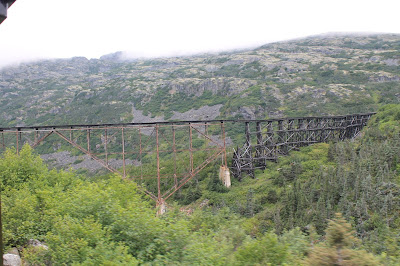 Thankfully this bridge is out of commission and we were able to take the new bridge. Phew. 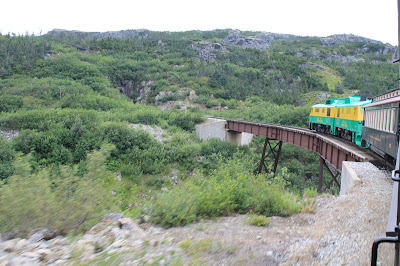 I love this picture I captured of the train going over the bridge. The green and yellow engines are iconic. 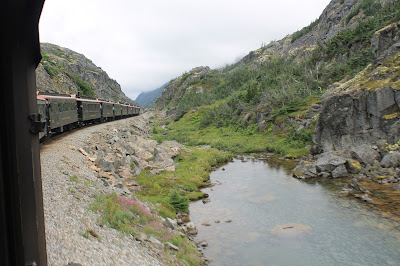 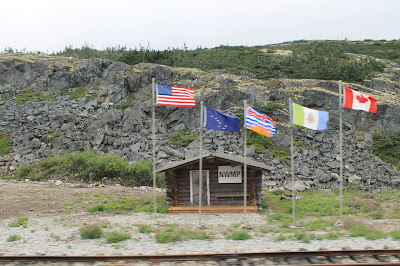 Technically we crossed back into Canada but it didn't count because we couldn't get off. Also that small little cabin with NWMP was property of the North West Mounted Police who eventually merged with other police detachments to form the Royal Canadian Mounted Police (RCMP). 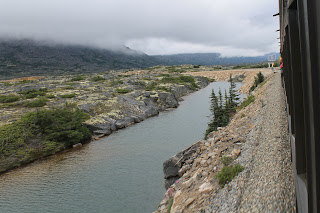 Did I mention the amazing scenery. I just LOVE trains! 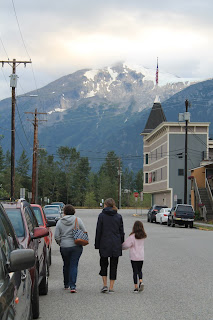 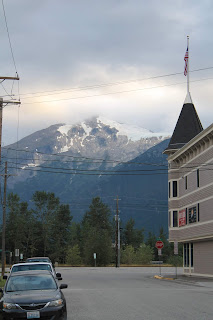 We ended up back in Skagway for supper and then headed home to Whitehorse.

One of the things I was excited about is that my dad's parents (my grandparents), my parents, and now we have all done this train ride. I told the kids they were the fourth generation to do this iconic trip. Of course when I mentioned that to my dad he commented, "Or the fourth generation of our family to spend stupid amounts of money on a touristy train ride!" I laughed really hard because he was right, but it was so worth it!