The Most Epic 100 Days Of School Project Ever! 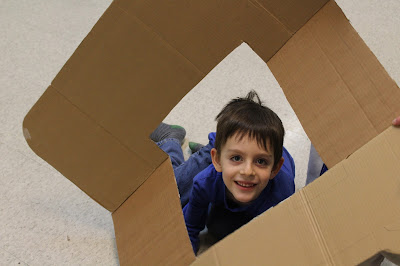 Last week (yes, thanks so much for all the notice!), Sam's teacher sent home a note asking them to bring a project made up of 100 items to celebrate the 100th day of school. Now I know that the hundredth day of school is a big deal in The States but it basically goes unnoticed here. Except for last week... 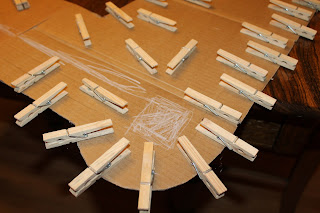 So at first Sam decided he want to build a structure out of 100 pieces of Lego. Easy and done! 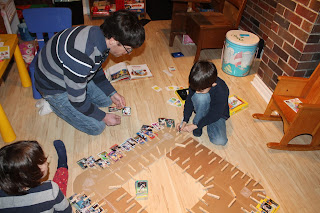 Then he changed his mind. Gah. 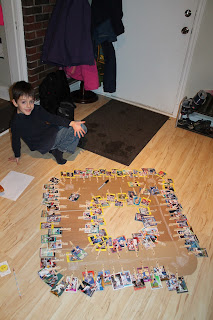 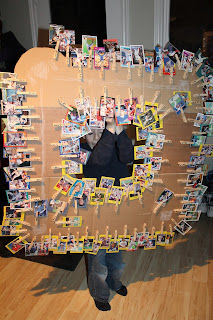 Then he wanted to glue 100 chocolate chips to a piece of paper for "dirt" and draw a worm. I'm still not convinced he didn't get this idea from someone else. Also, I didn't like the idea of wasting food, and we couldn't figure out how to glue the chocolate chips to the paper. I didn't think white glue would hold them and if I used my glue gun, we'd basically have chocolate fondue -- with glue mixed in. Awesome. 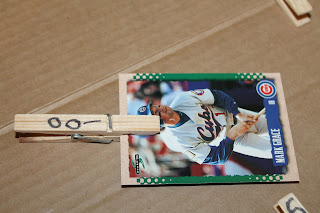 Then Sam decided he wanted to do something with baseball cards, Dave remembered this pin, we made a baseball diamond out of cardboard, and volia! The most epic 100 days of school project was complete. 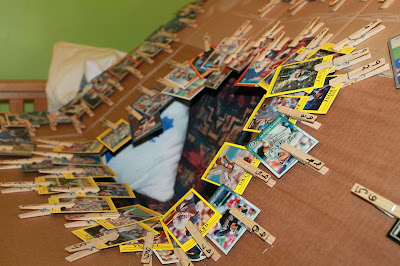 Now we just have to transport it to school...
Posted by Natasha at 08:26

Labels: All About That Base(Ball), School for Sam