Fish, And Other Creatures Of The Deep 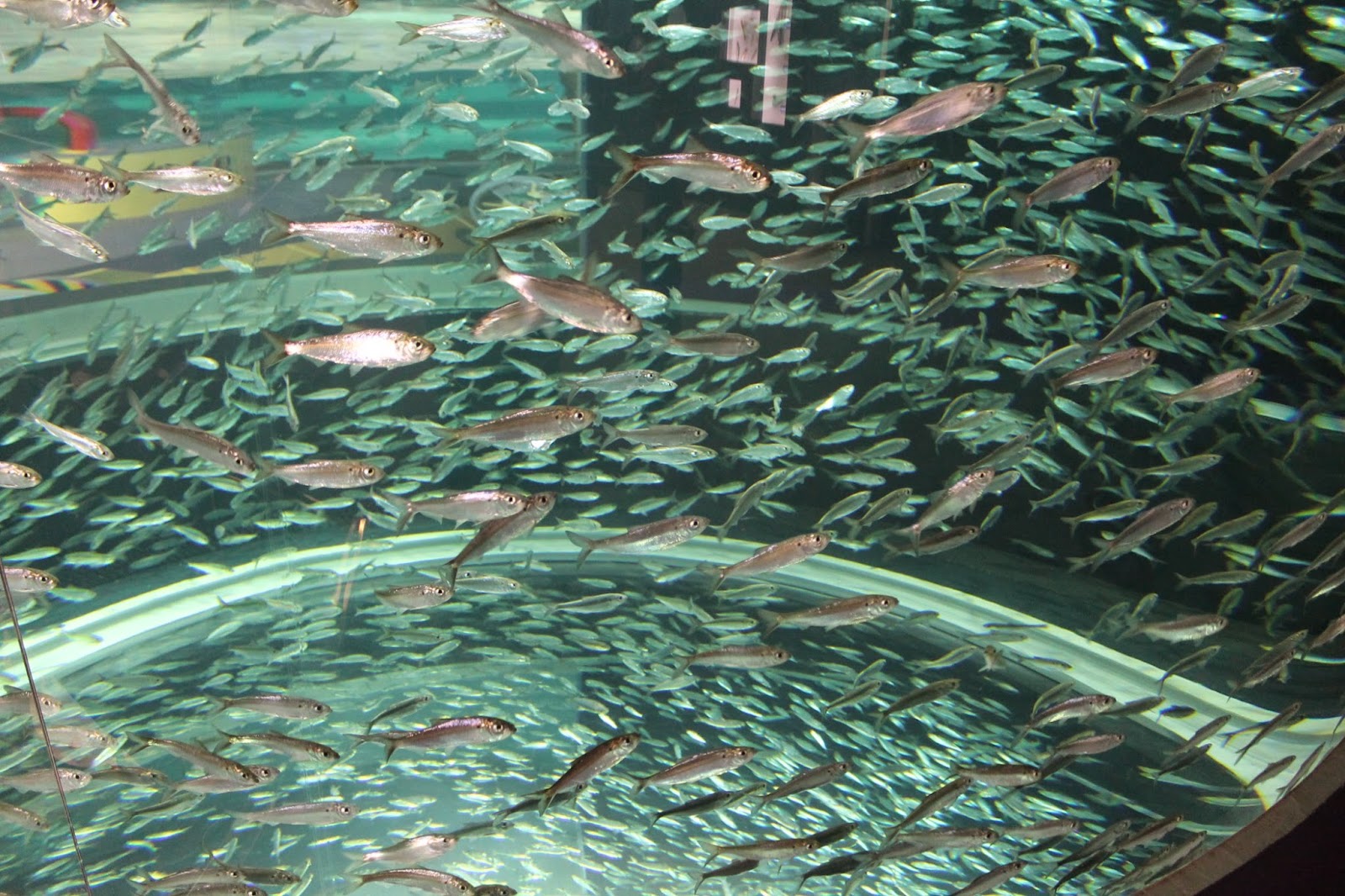 As I alluded to last week, we had quite the day this past Friday. Dave had to go to the US Consulate in Toronto to apply for a passport, and since Sam had the day off from school, we decided to take advantage of the time and make a day of it. We stayed overnight with Donny and Marika and, after Dave's appointment, we all met up at Ripley's Aquarium Of Canada to check it out. Wow! It was so awesome!

It was so great, in fact, that we took almost two hundred pictures so I'm going to share them with you over the next couple of days. Don't worry! I chose my favourites to show you so you won't see more than one hundred and fifty thirty or so :) 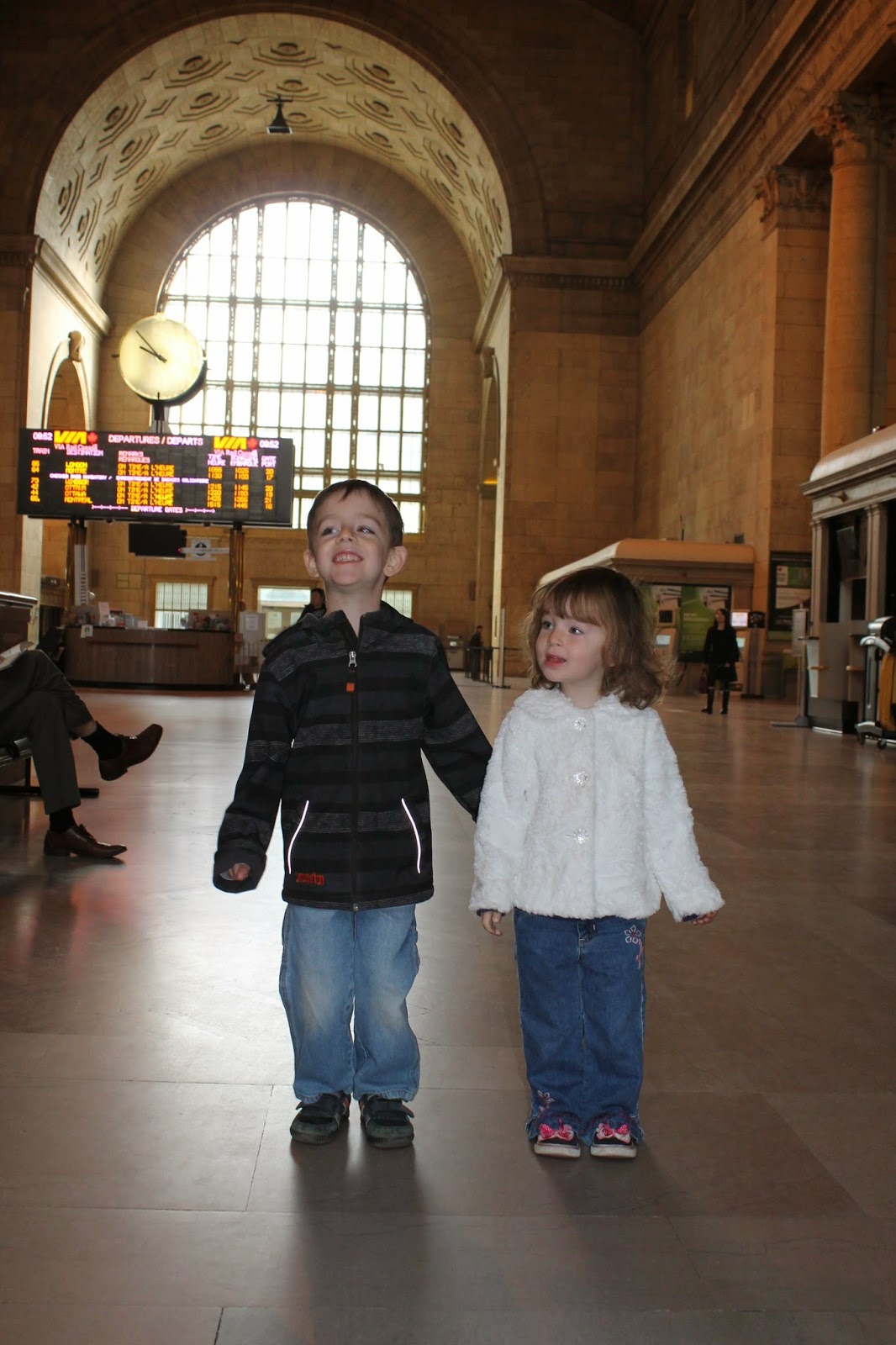 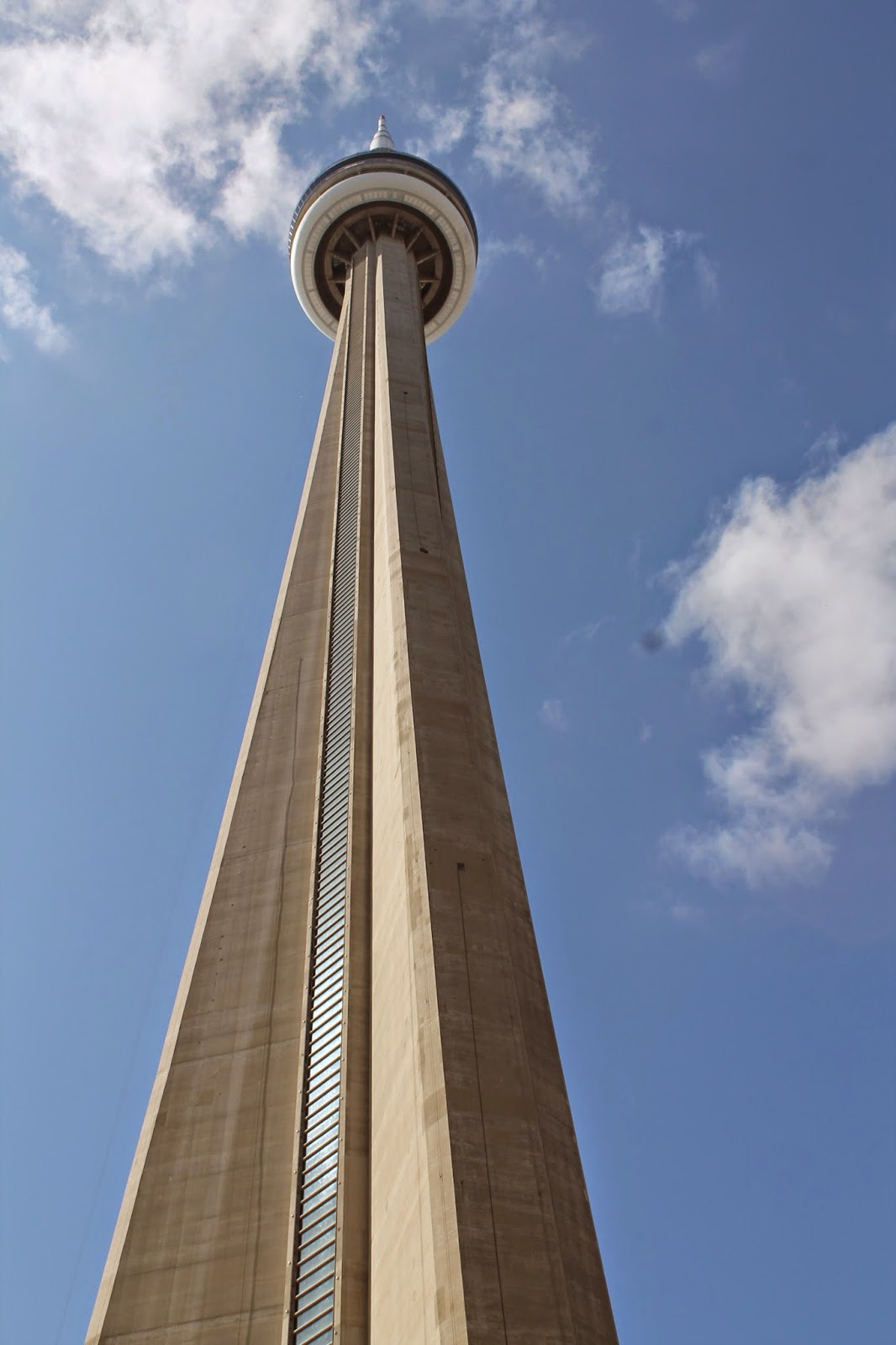 Not only did we get to see the aquarium, but we traveled through Union Station and had a small picnic underneath the CN Tower. 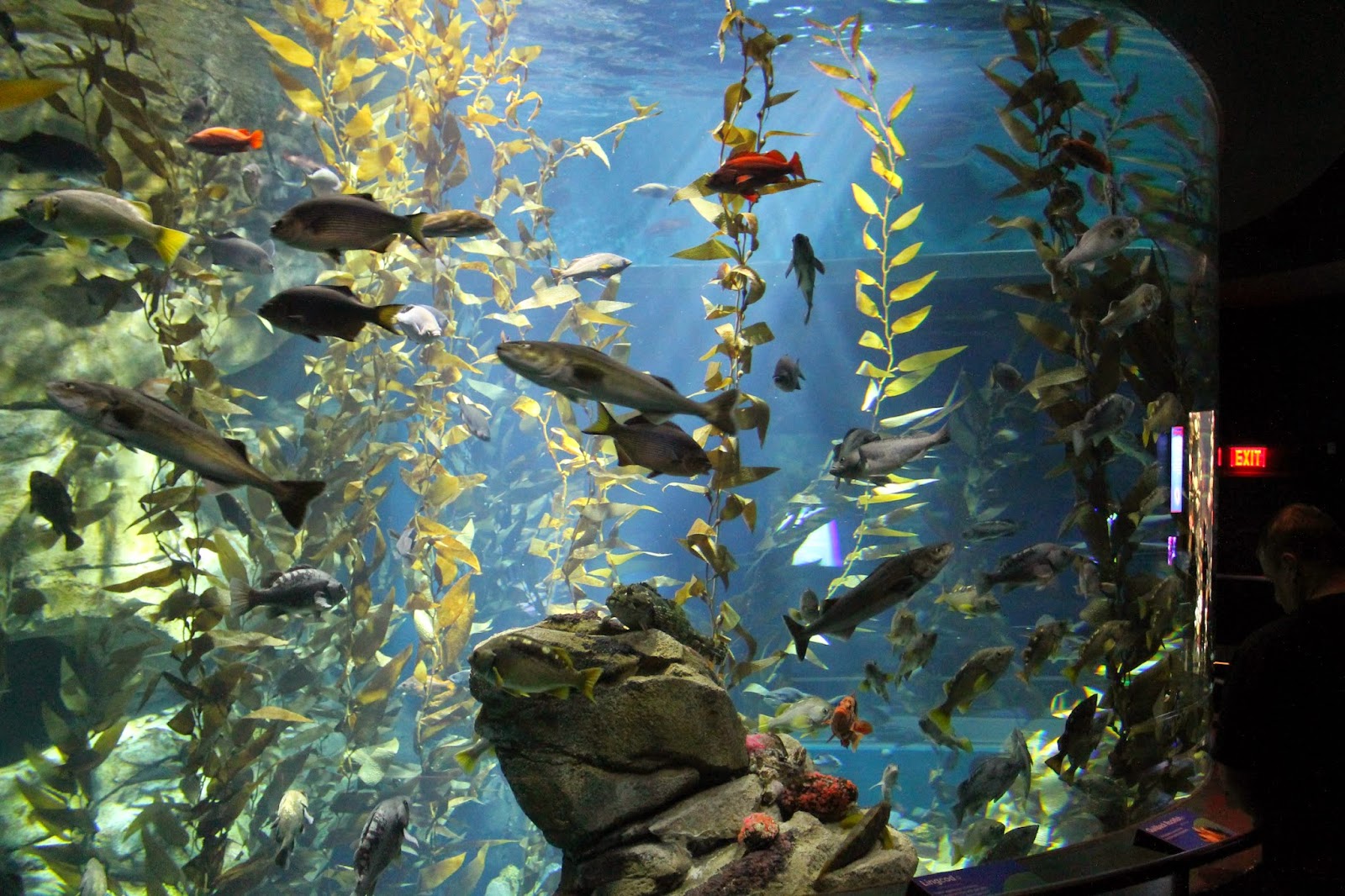 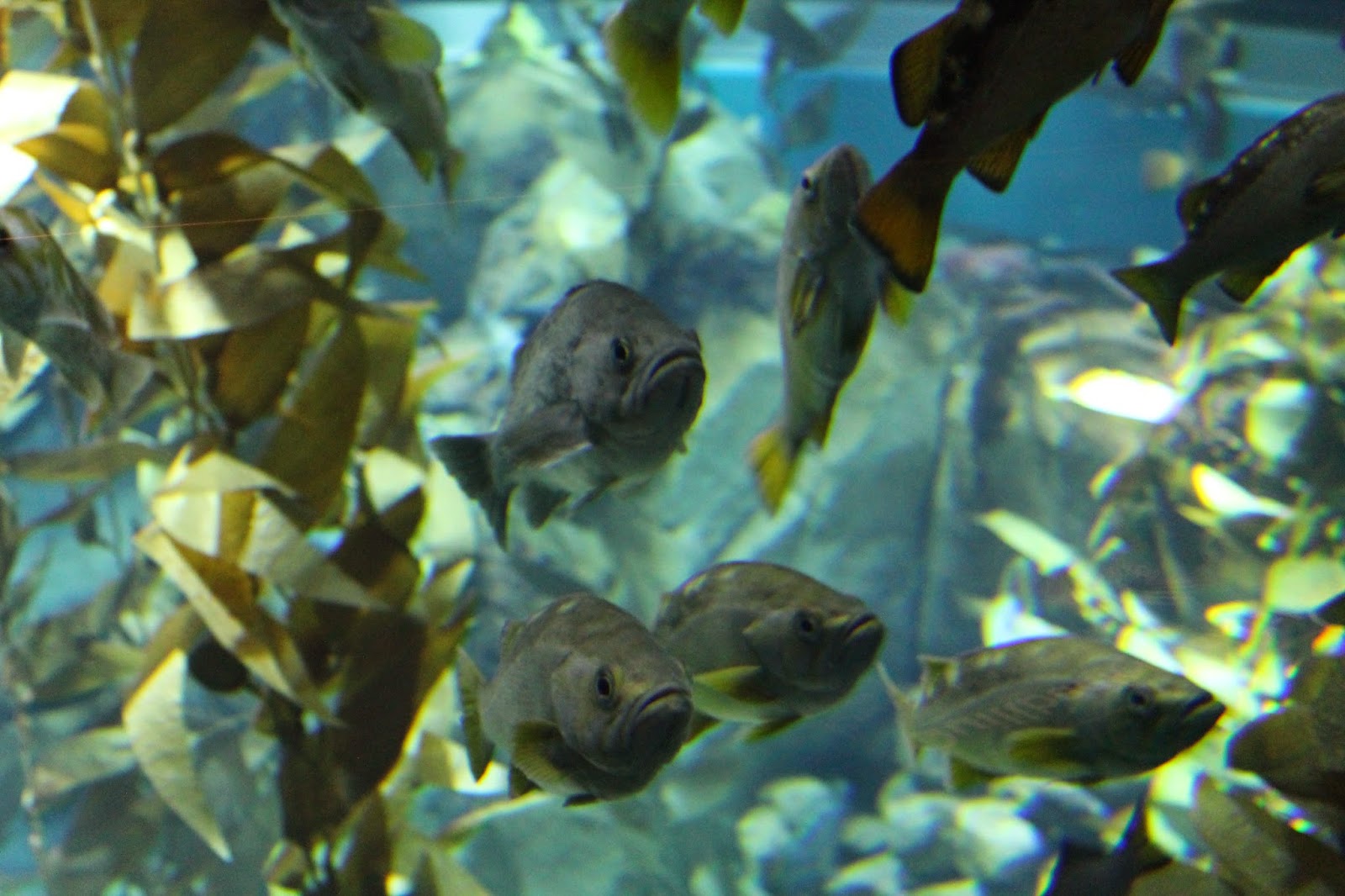 There was a huge tank of fish and the plants in this tank were bobbing up and down. Some of the fish were swimming, but the fish on the right were just bobbing with the plants. It was so mesmerizing to watch. 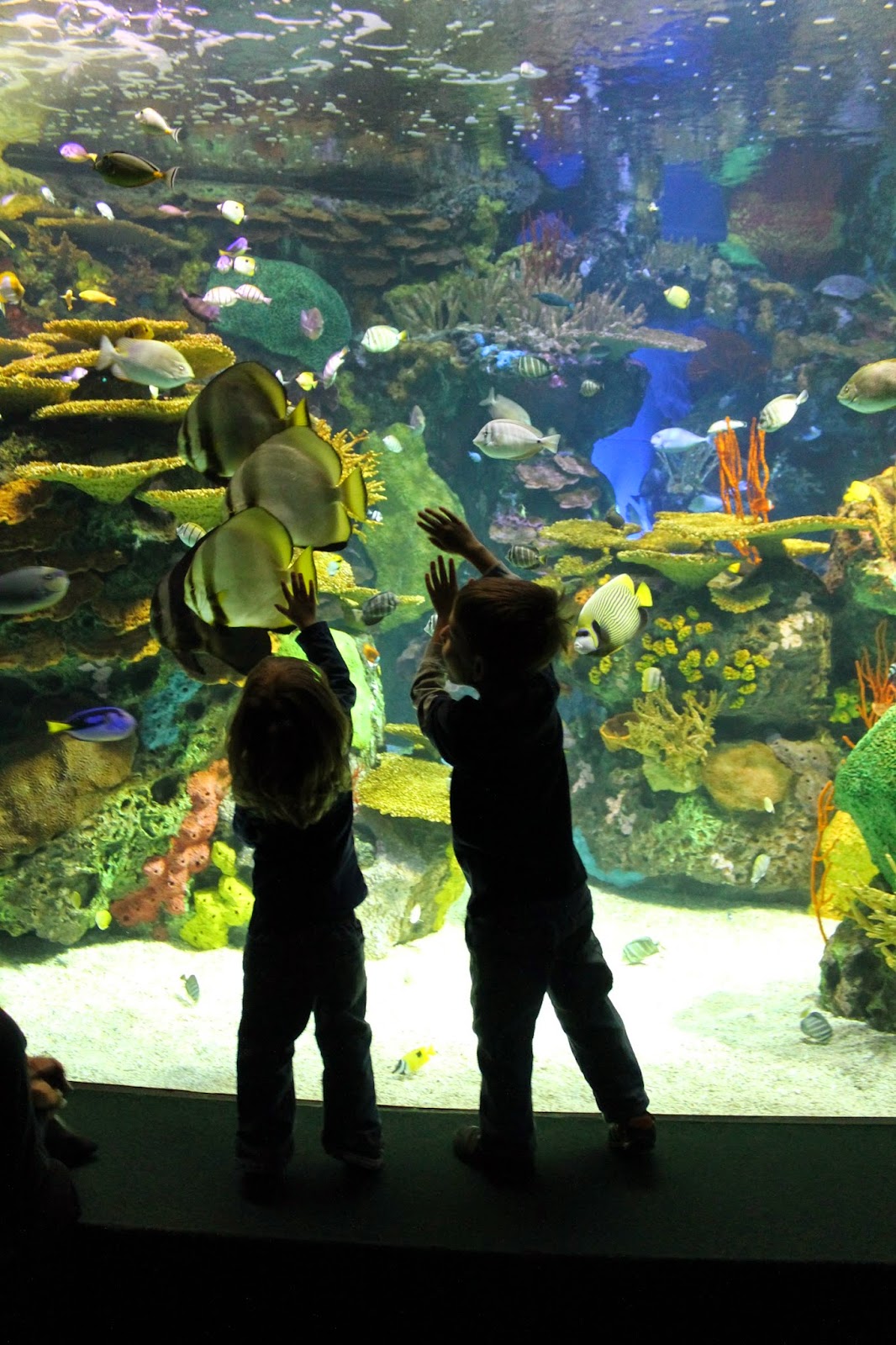 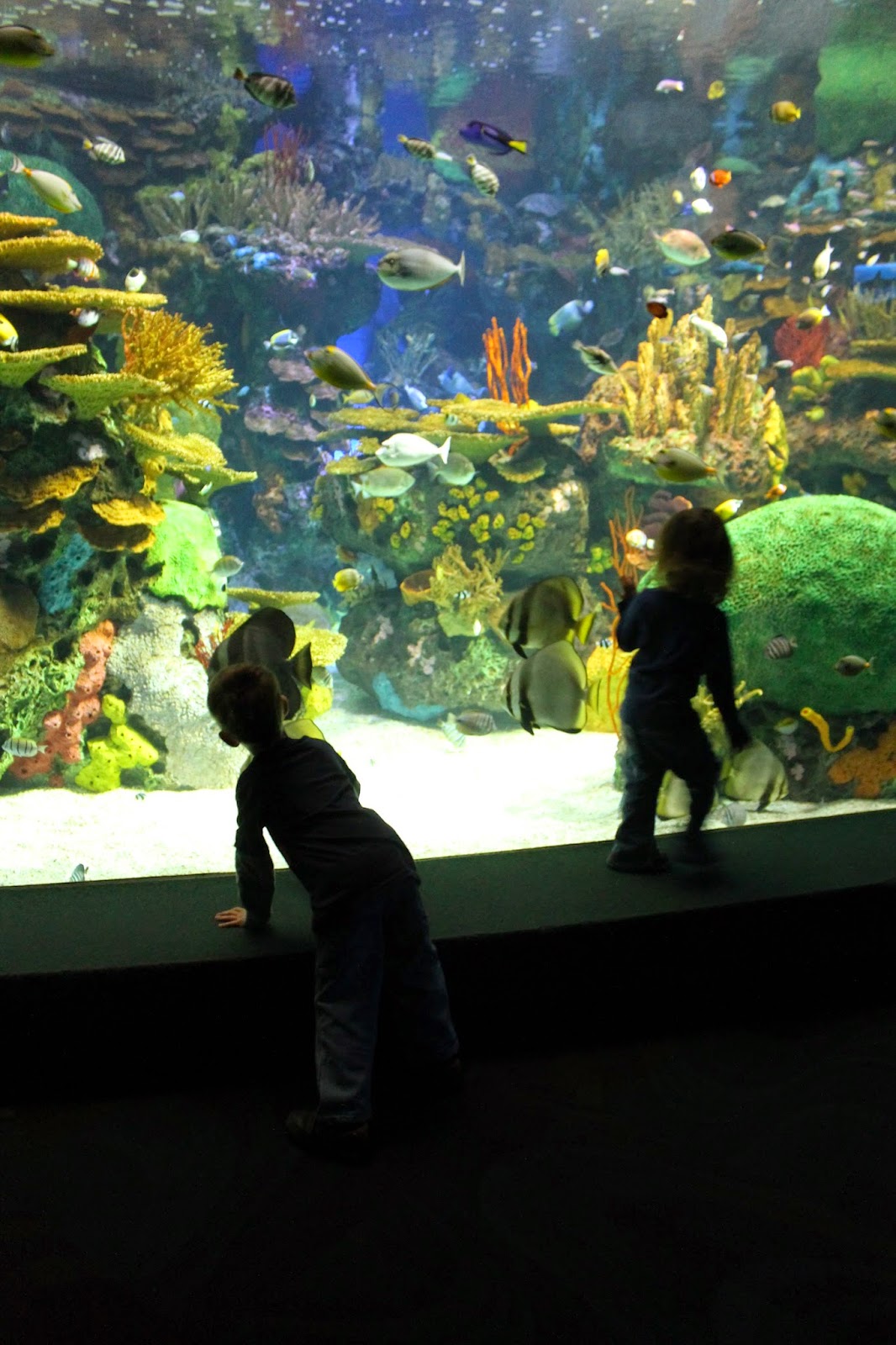 Sam and Rachel were "petting" the fish as they swam by. It was a little odd to realize that all that separated us from the creatures and gallons of water was a thin layer of (hopefully reinforced!) glass. 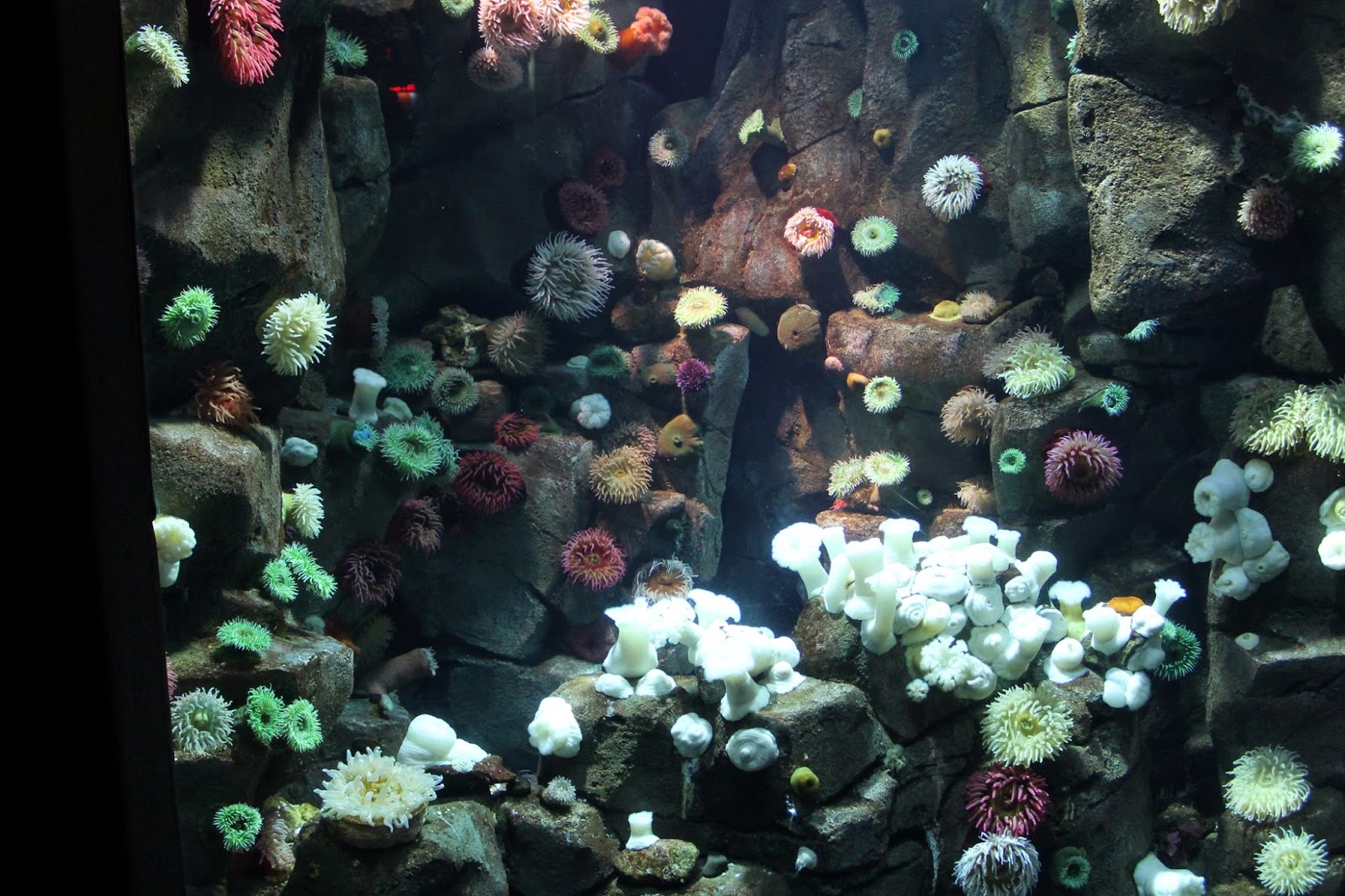 This was a beautiful tank of sea plants. Or creatures. I can't remember which. 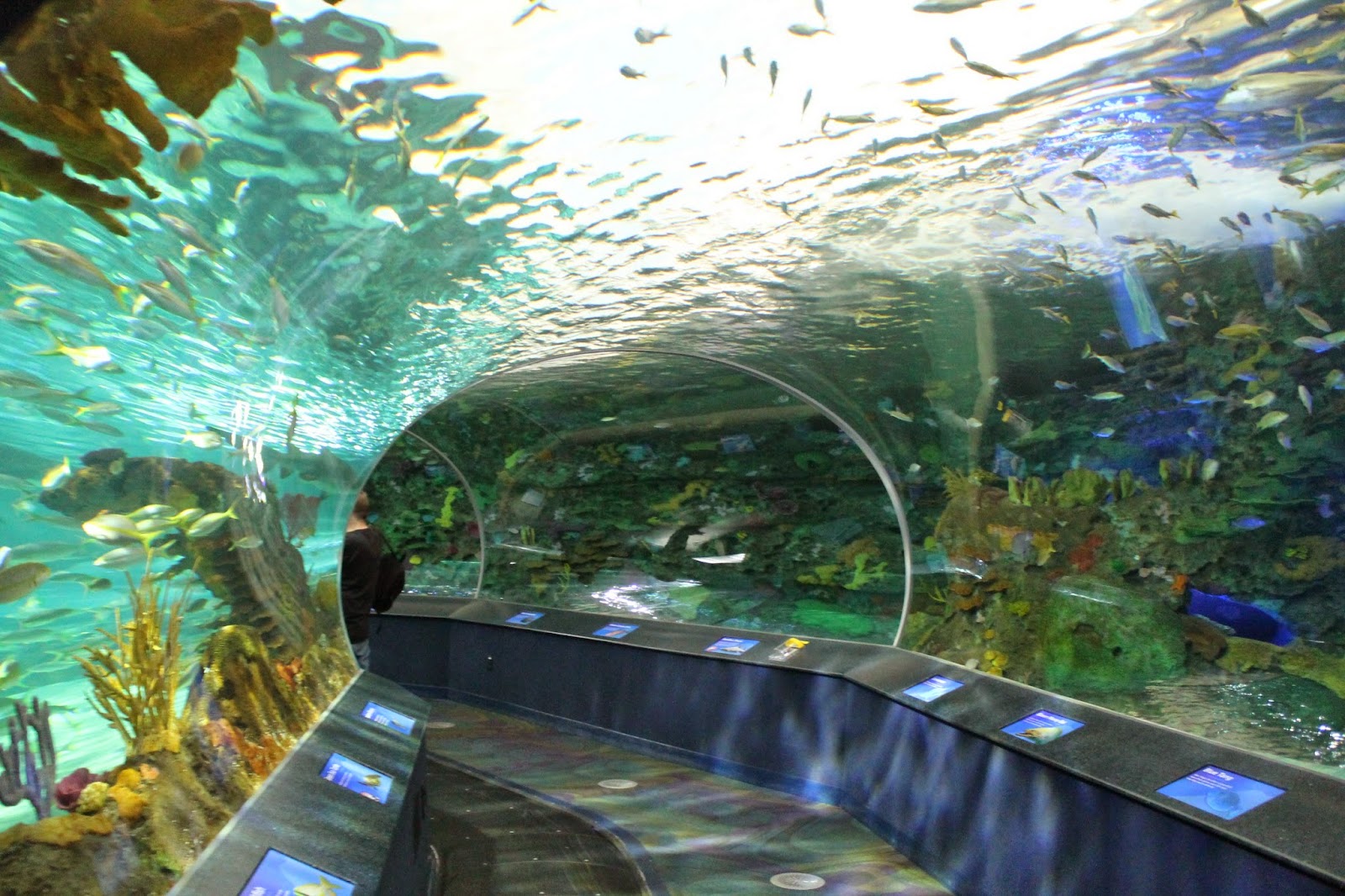 We then stepped onto the moving sidewalk which took us through "Dangerous Lagoon." I was a little freaked out to have all the creatures, including sharks!, swimming all around me. But it was also very cool 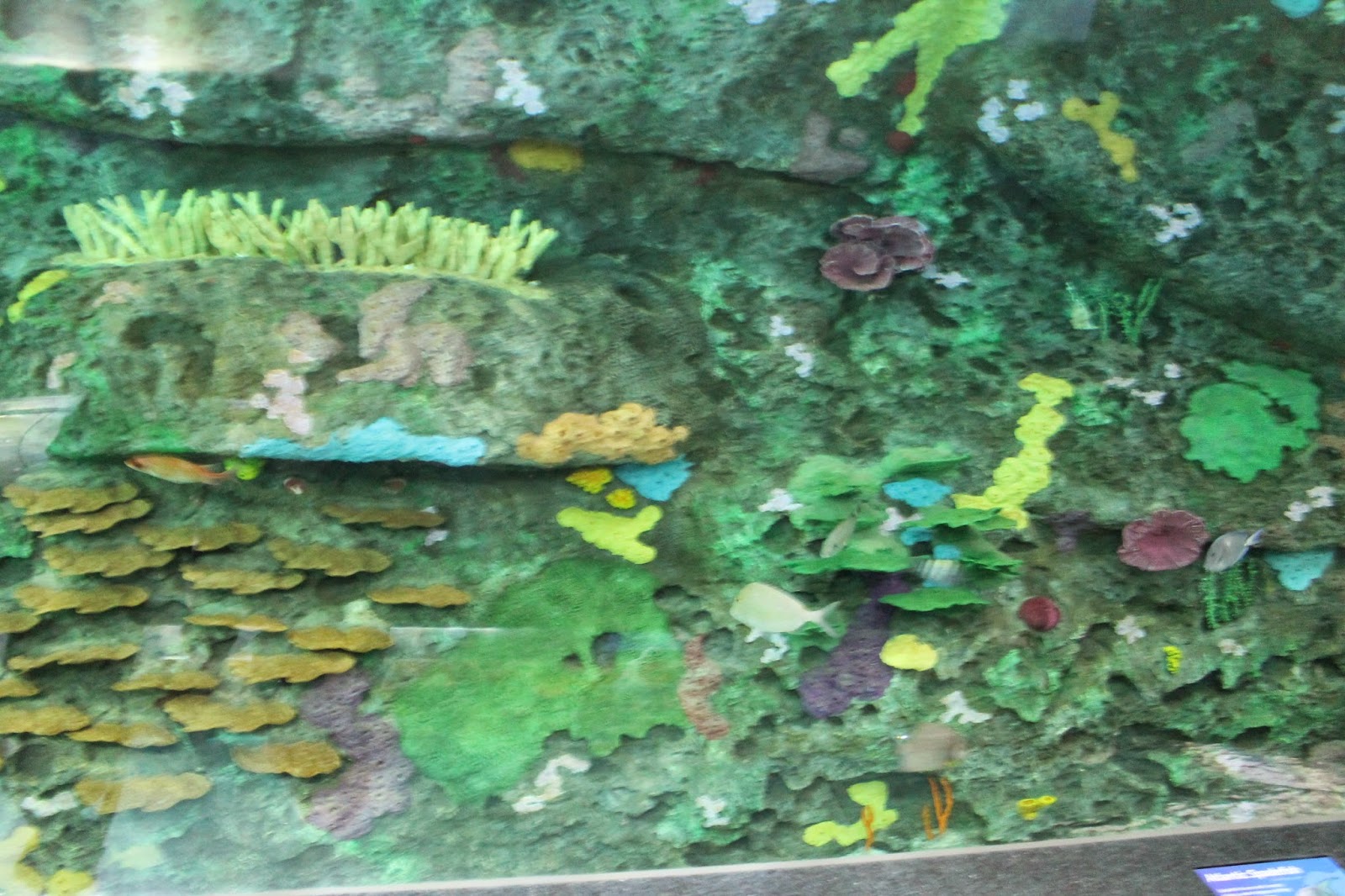 Another colourful display. It was seriously a photographer's dream to be here. Colourful, beautiful images everywhere you turned. (This would be why we ended up with 200 pictures!) 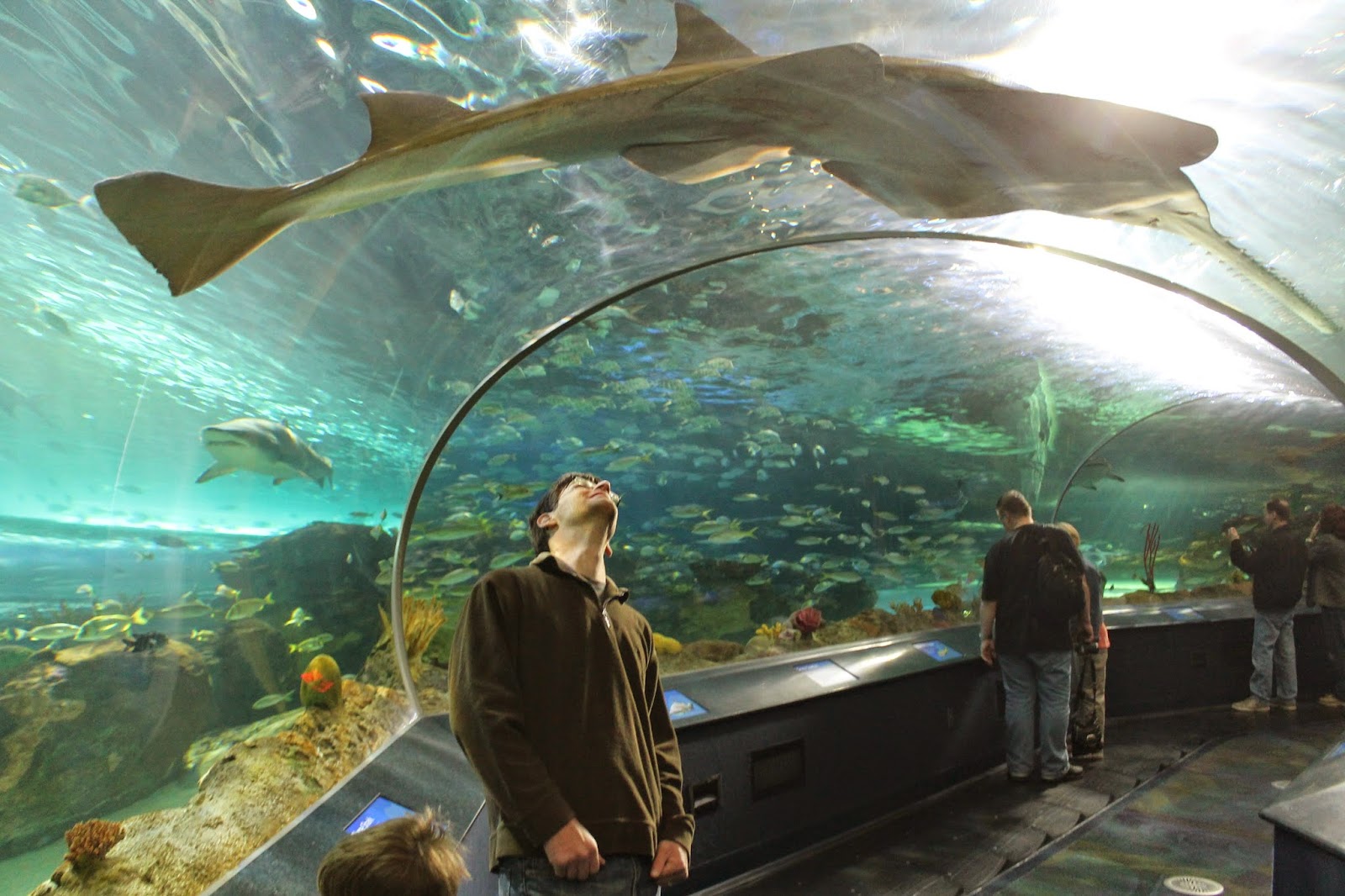 Dave checking out an unusual fish, which was just hanging out above his head. 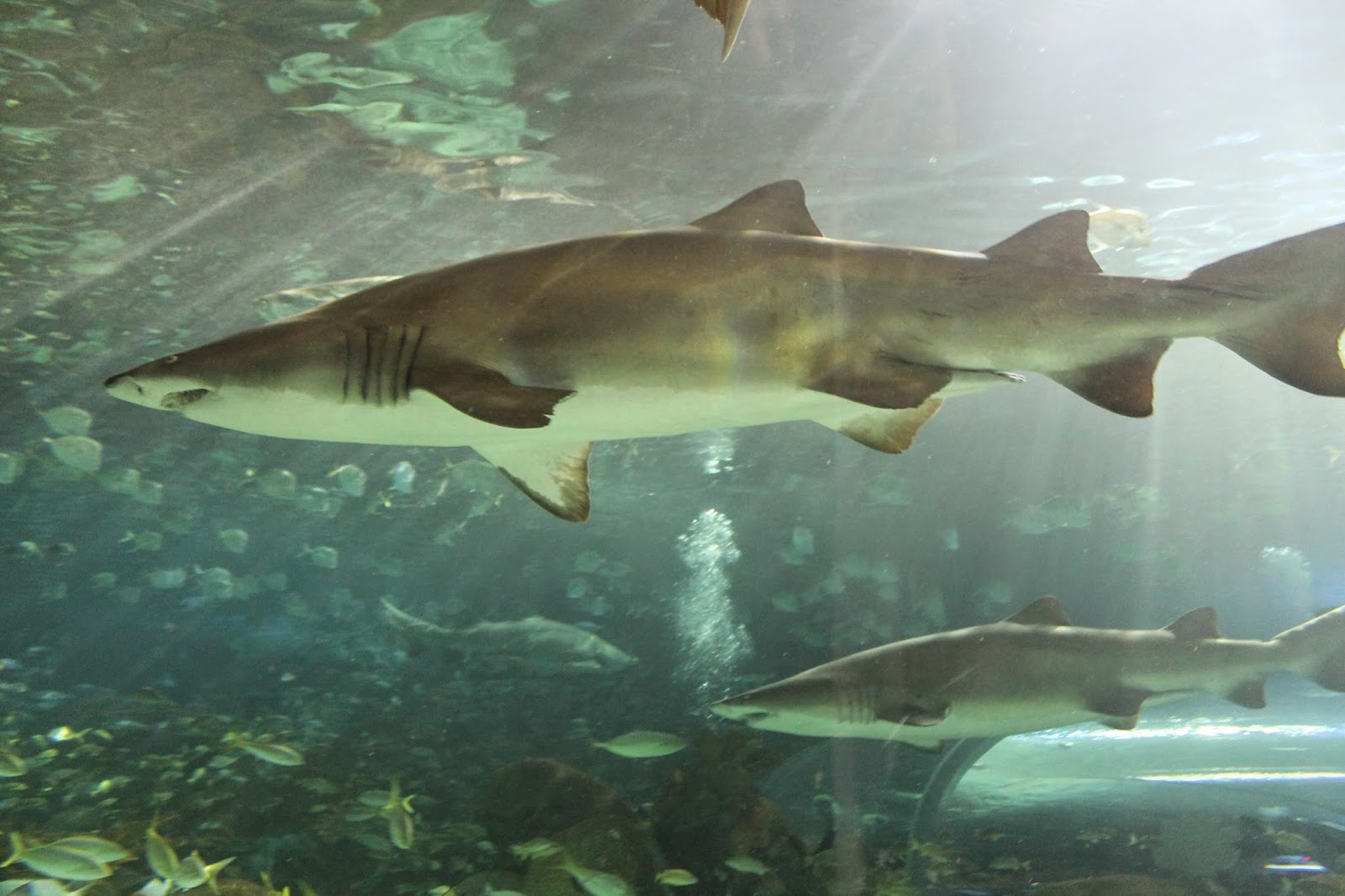 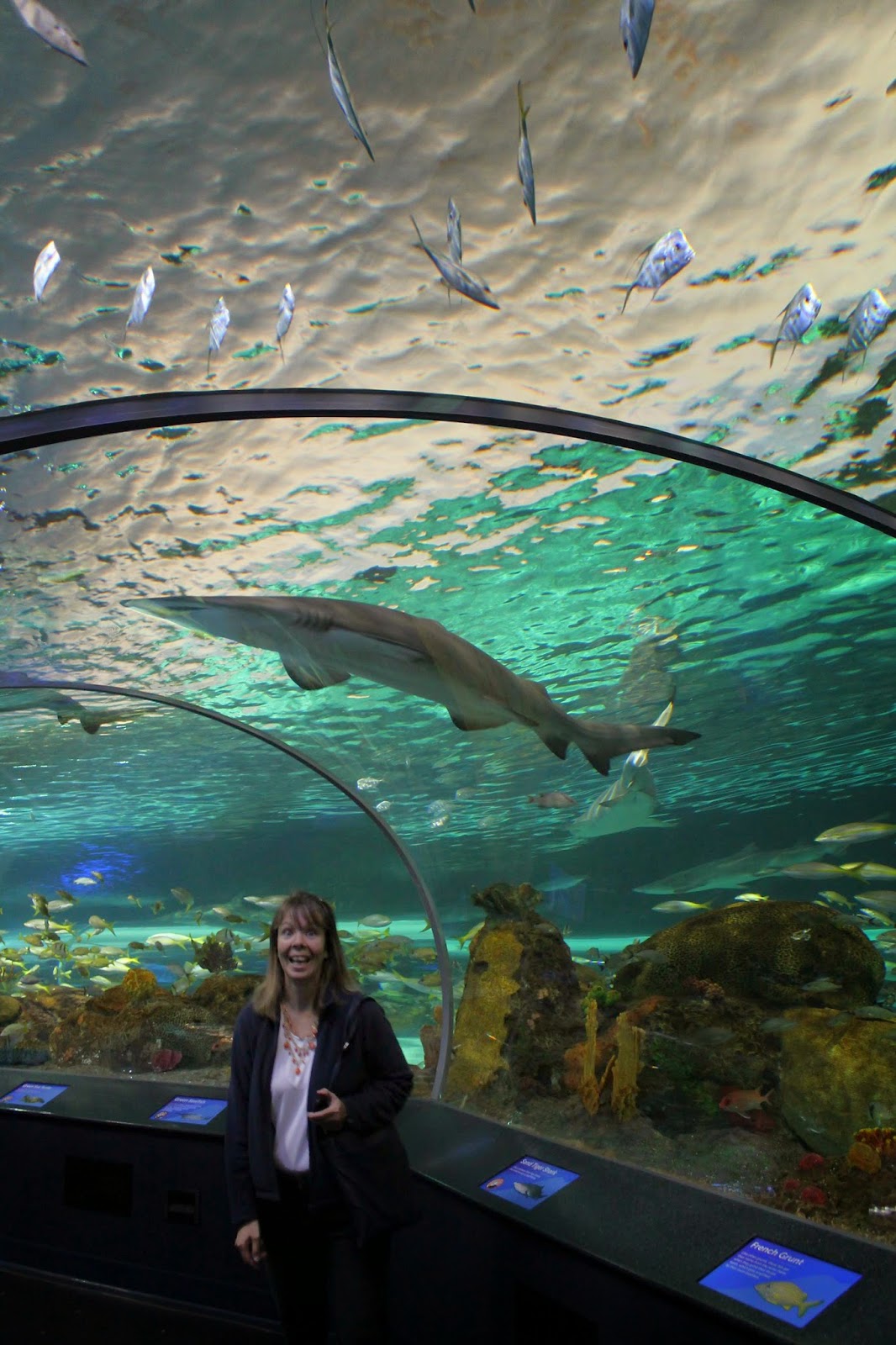 Did I mention there were sharks? Just swimming around above my head?

After "Dangerous Lagoon," we took a break to pet some softshell crabs. I will be honest, about twenty of the two hundred pictures are me, with my hand in the water, but not actually petting the crab. I am not a big animal person and, while I wanted the experience of petting them, it took about eighteen pictures for me to actually build up my courage to do so! 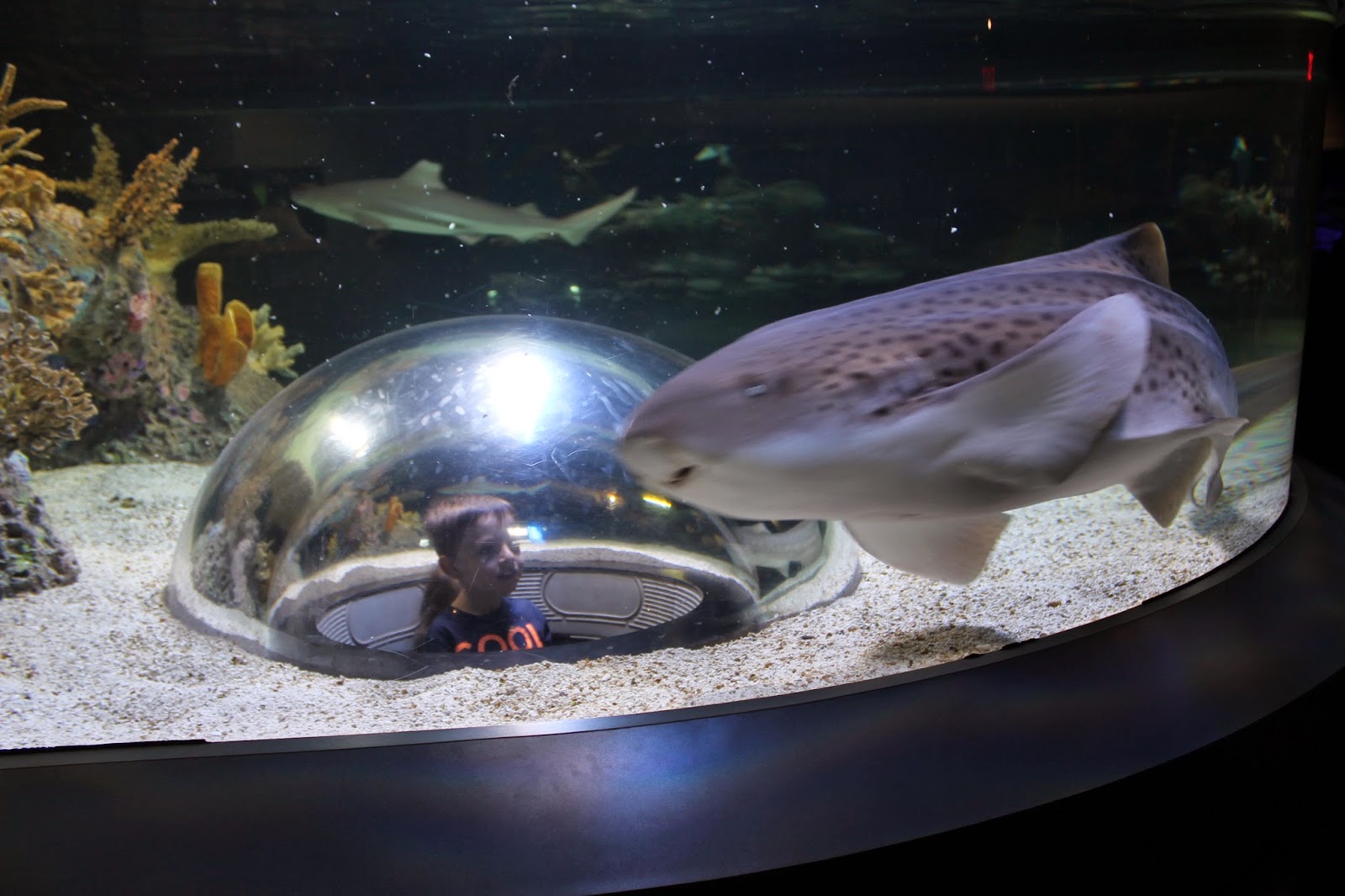 One of the things I really like about the aquarium was how they made it really easy, and fun, for the kids to get up close and personal with the sea life. Like this viewing bubble where Sam got close up with a shark. 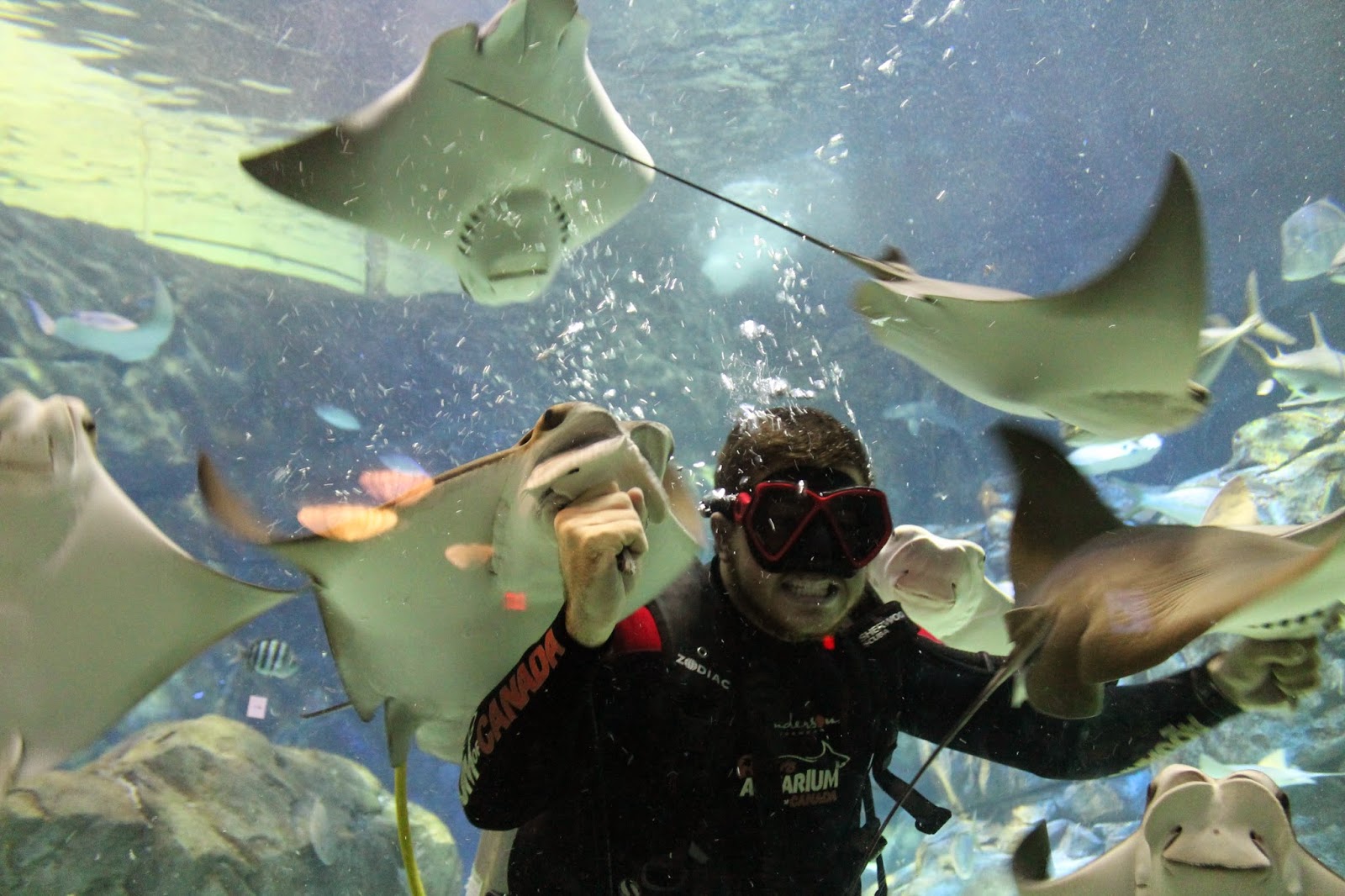 We watched the sting rays being fed and I decided that they were my new, favourite creatures. I mean, how cute are they? (There's a better, cuter picture of them coming tomorrow!) 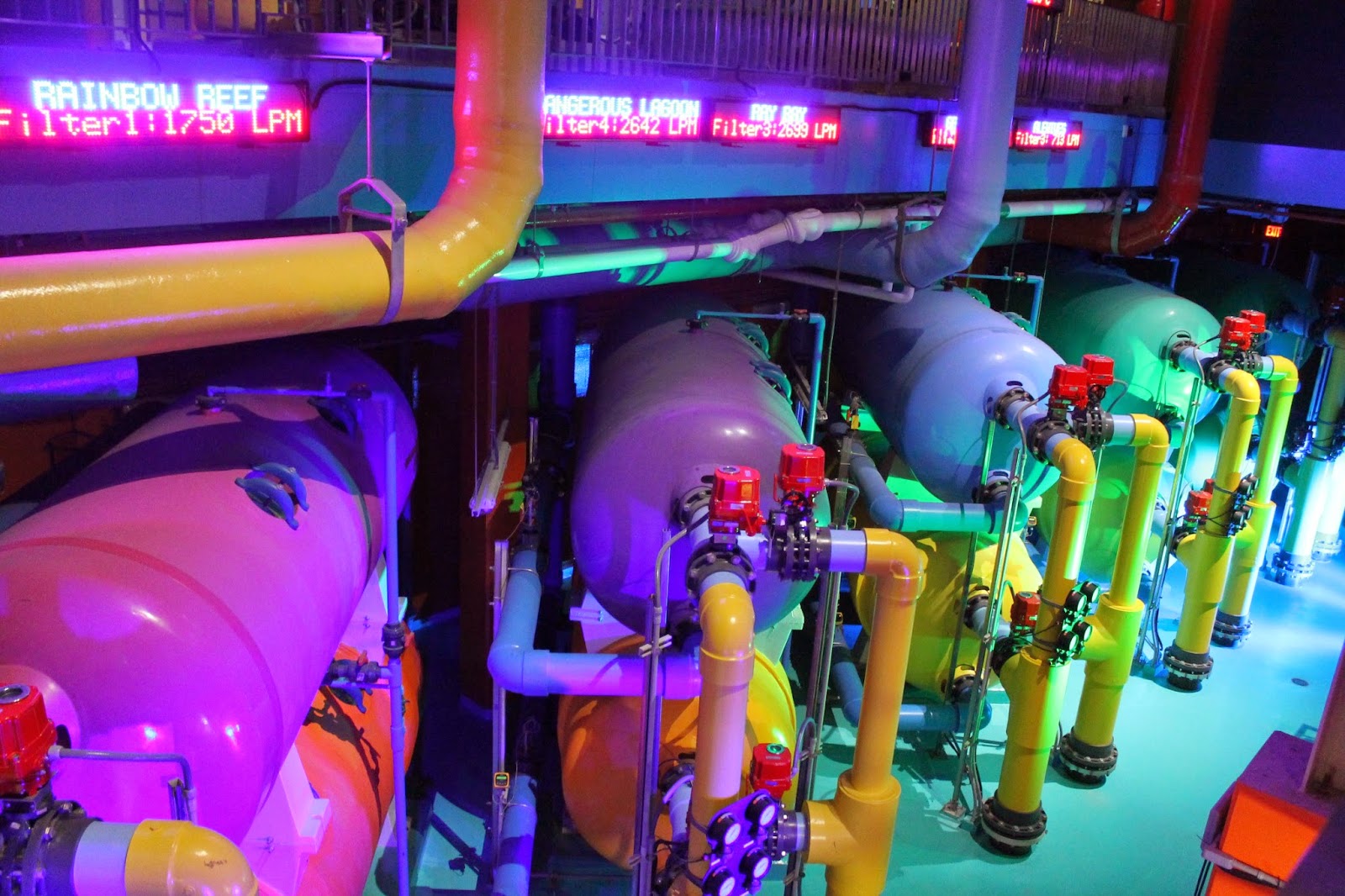 I also loved how the designers made the Life Support Systems an integral, colourful part of the visit. There was a whole display teaching kids (and adults!) how the system keeps the animals healthy. 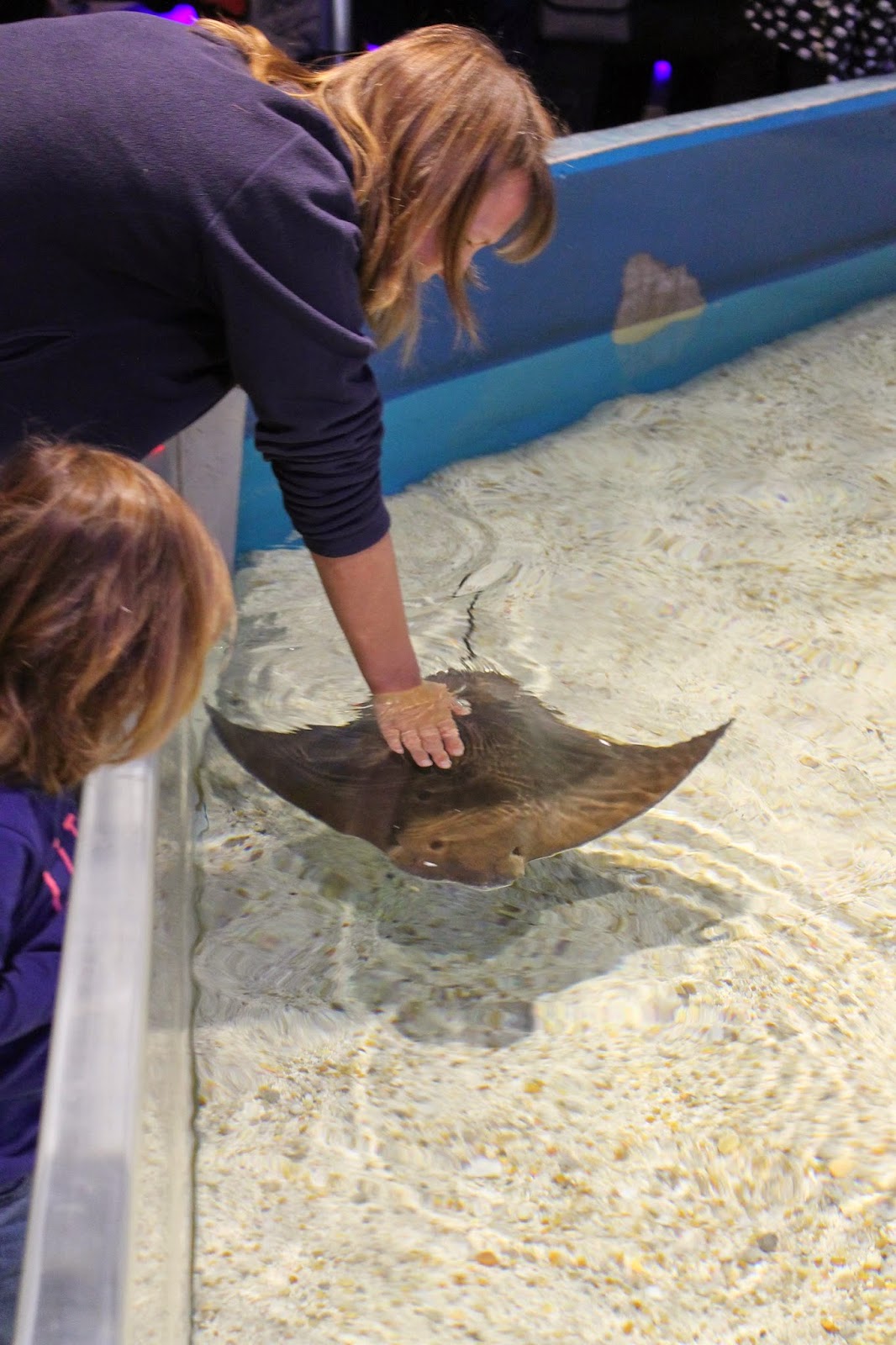 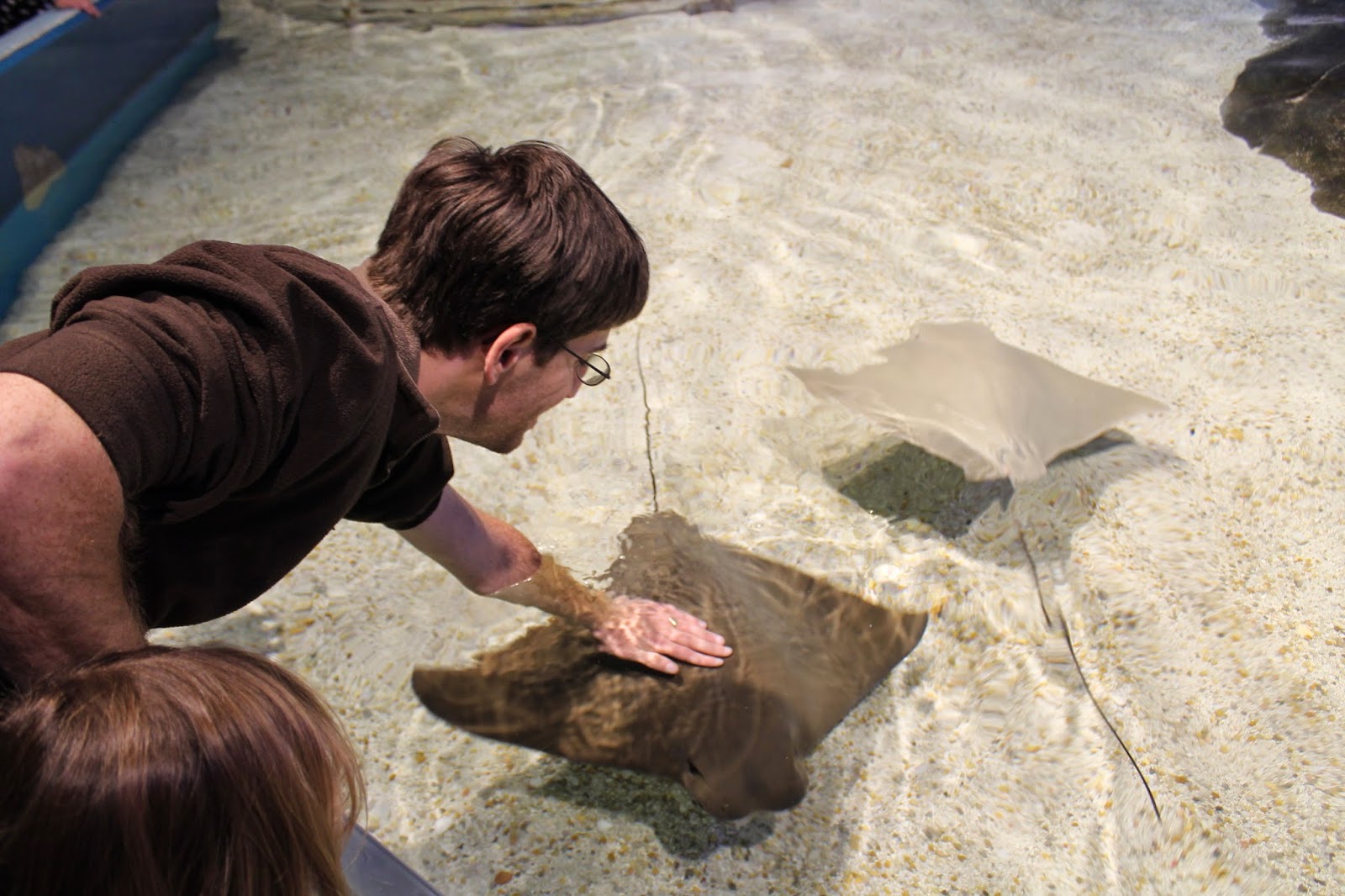 We ended our visit by petting some sting rays. Since they were super cute I wasn't as hesitant to pet them. 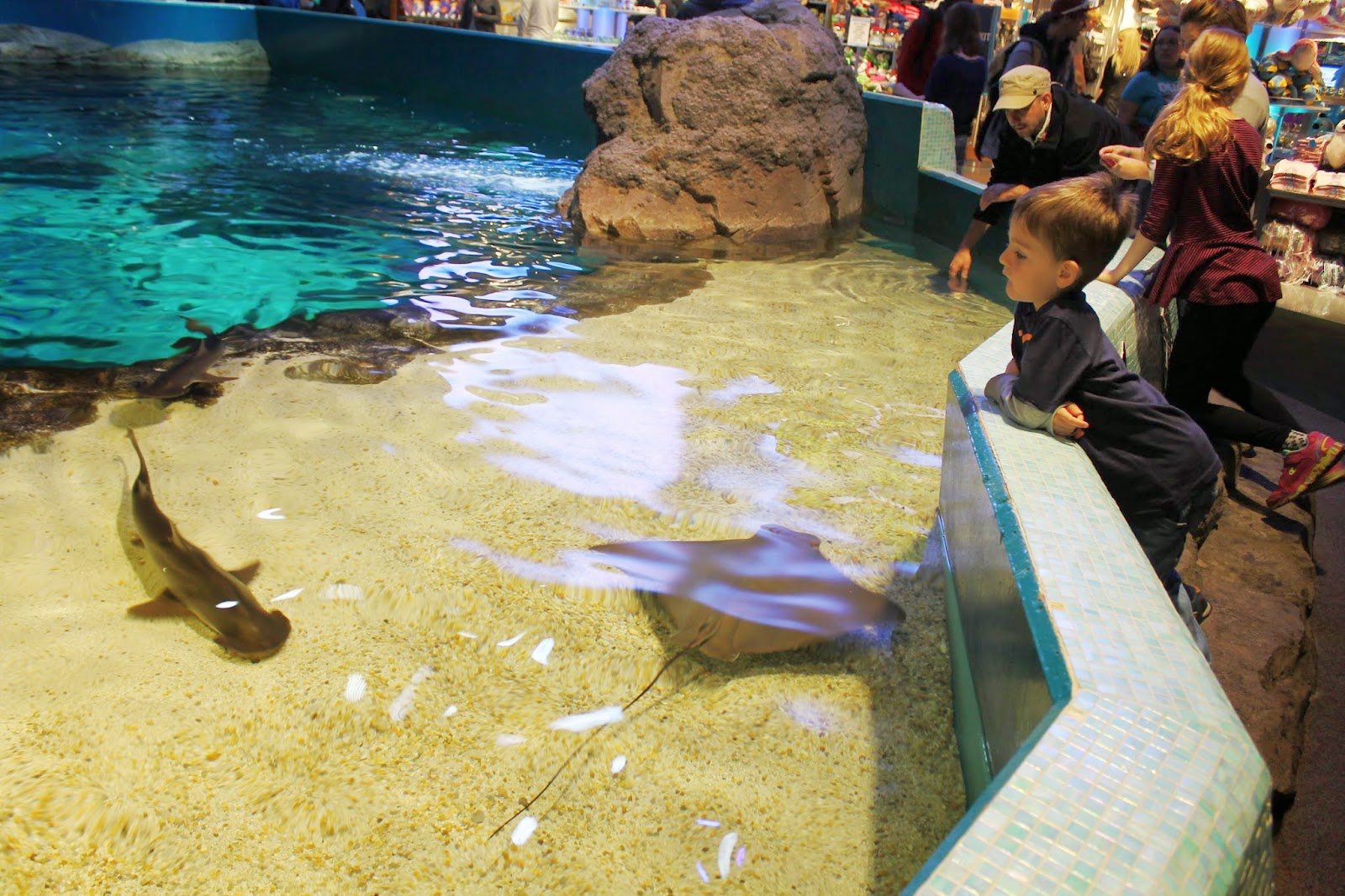 Sam, of course, refused to touch anything, so the sting rays swam really close to him. As did the sharks!

Dave and I quickly agreed that our visit was worth the price of admission, and while we won't be going back every week, we can't wait to go again.

And I'm just thankful none of the glass broke!
Posted by Natasha at 08:11

Labels: Ontario - Yours to Discover