A few weeks ago I read that our local minor league hockey team, the Waterloo Siskins, was having their home opener. So we decided to check out the game. Completely unrelated, we also discovered that there was a classic car event happening not far from the arena, so we stopped in there first.

Sam and Rachel thought that Mater towing the old tow truck was hysterically funny! (see above right picture) Eventually we convinced them that the hockey game would be fun too and so we went to check it out. 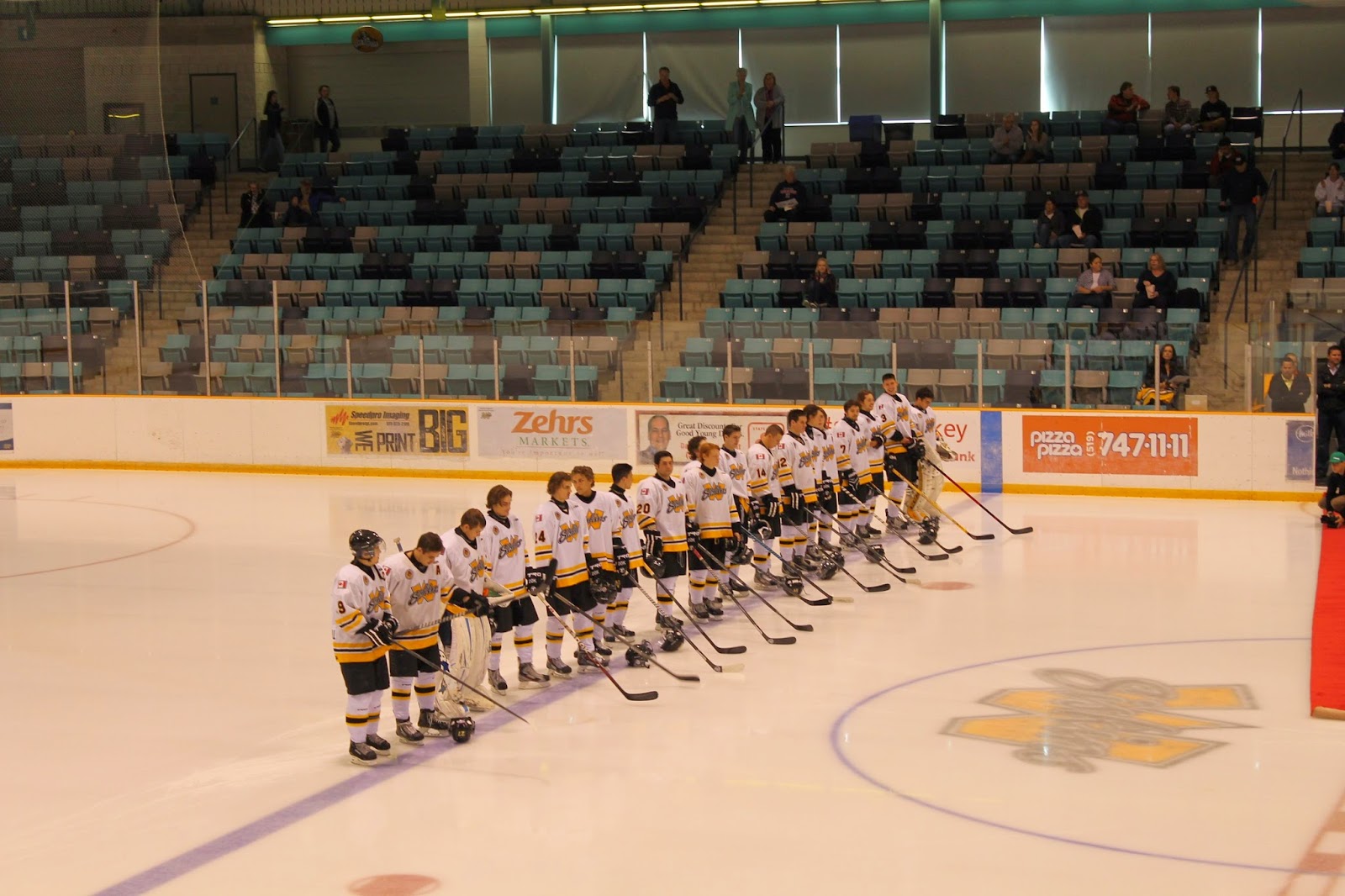 First the team was acknowledged for winning the championship last year. A new banner was raised and it was all very exciting. And then the actual game began. 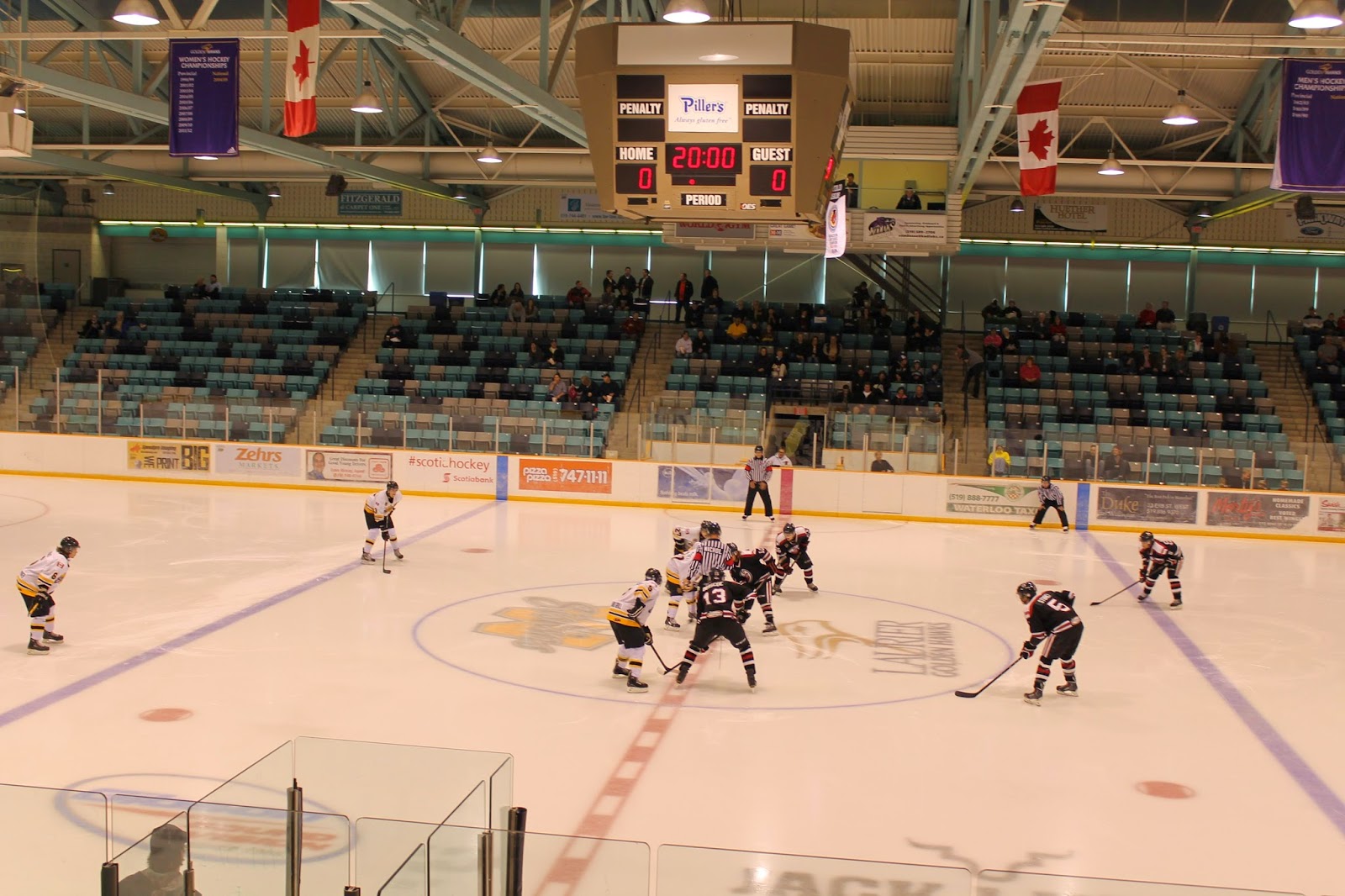 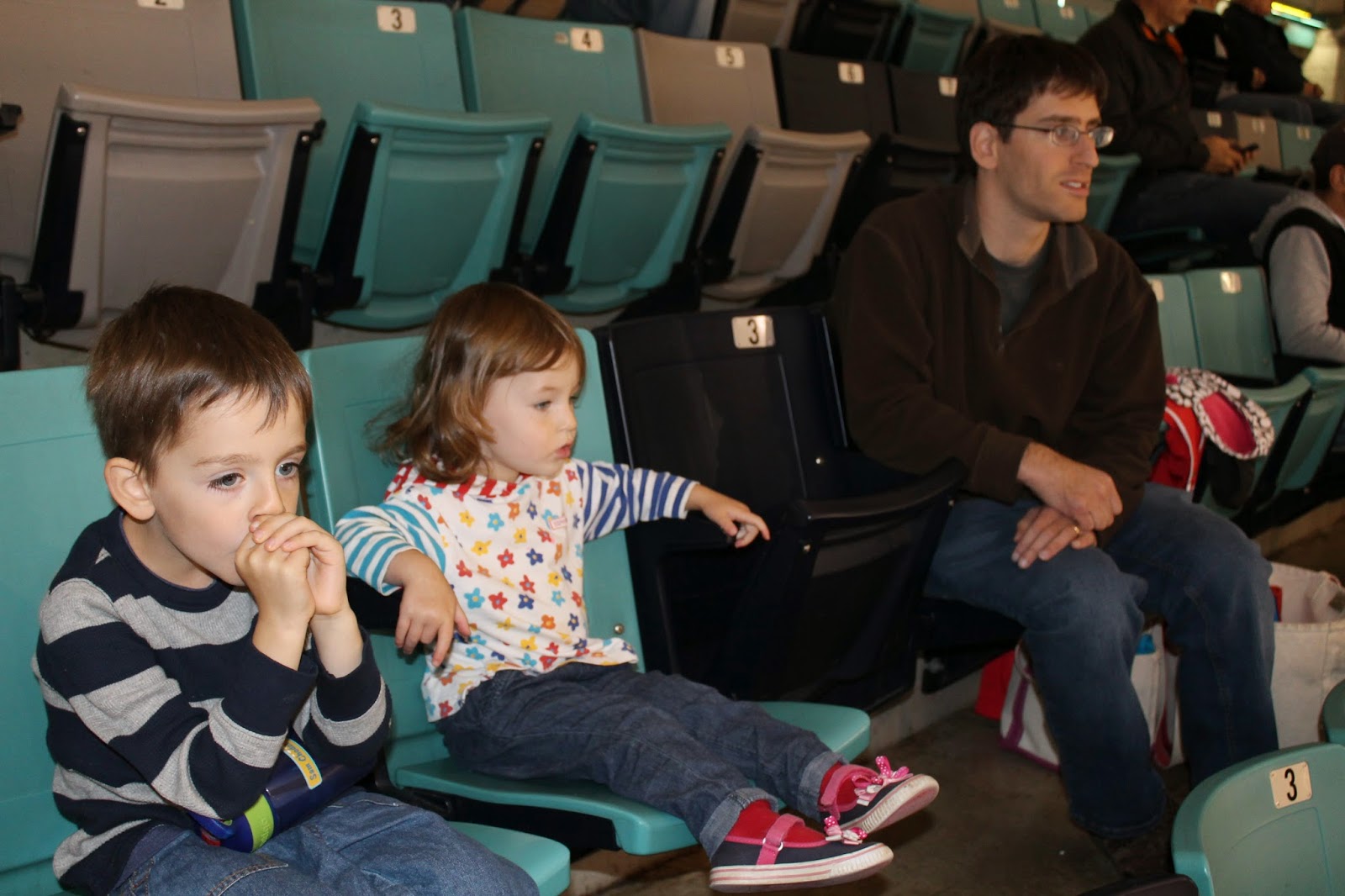 Sam basically sat in his seat, riveted to the action on the ice the entire time. Rachel took numerous bathroom breaks and, for the last ten minutes of play, Dave or I did laps with her around the track at the top of the stands. 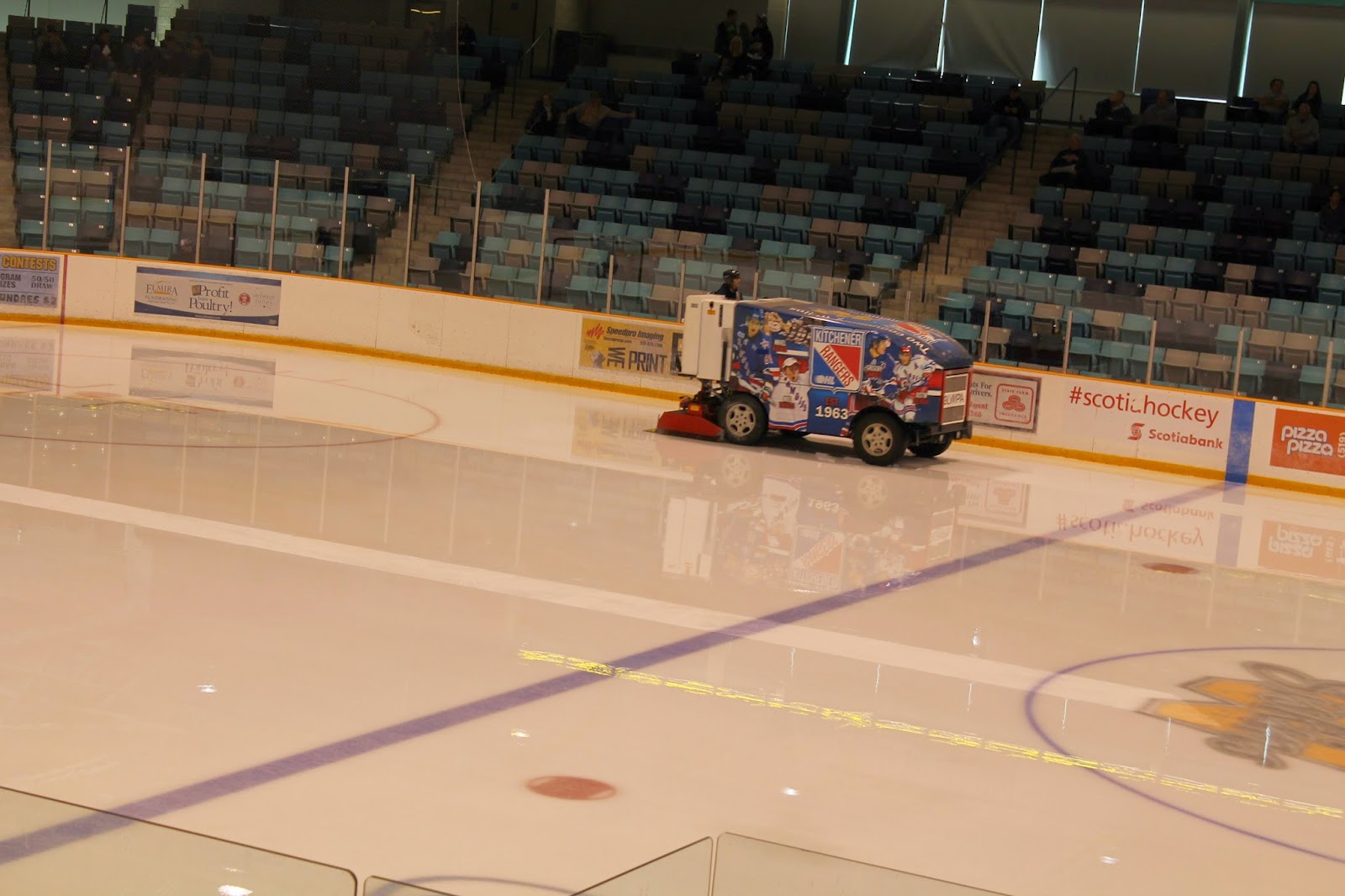 I don't know if Sam was more intrigued with the actual game or the Zamboni. Both seemed equally exciting for him. 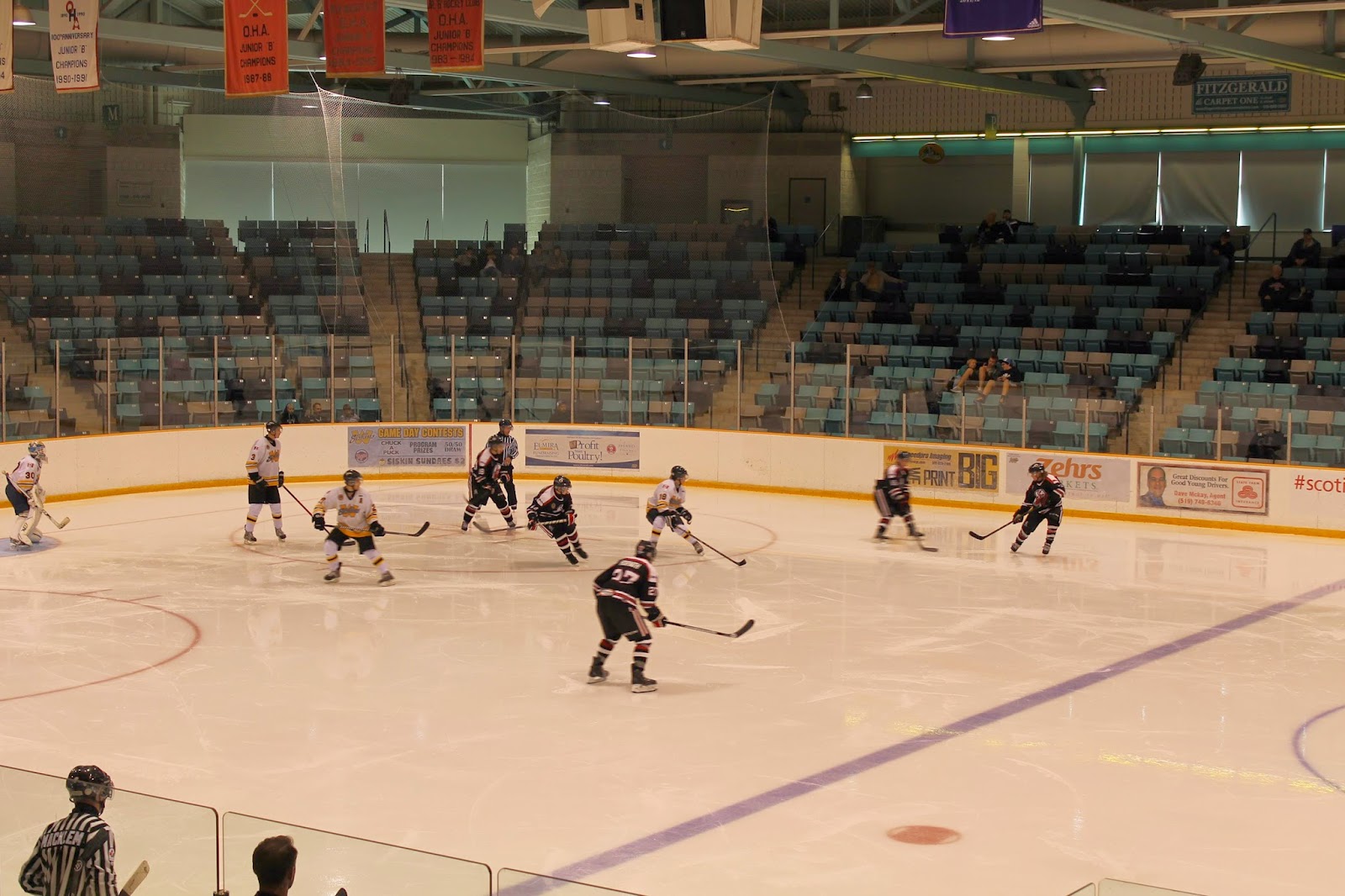 It was an action packed, tense game, which the Siskins won 10-2. At one point there were four or five penalties going on. It was a little insane! 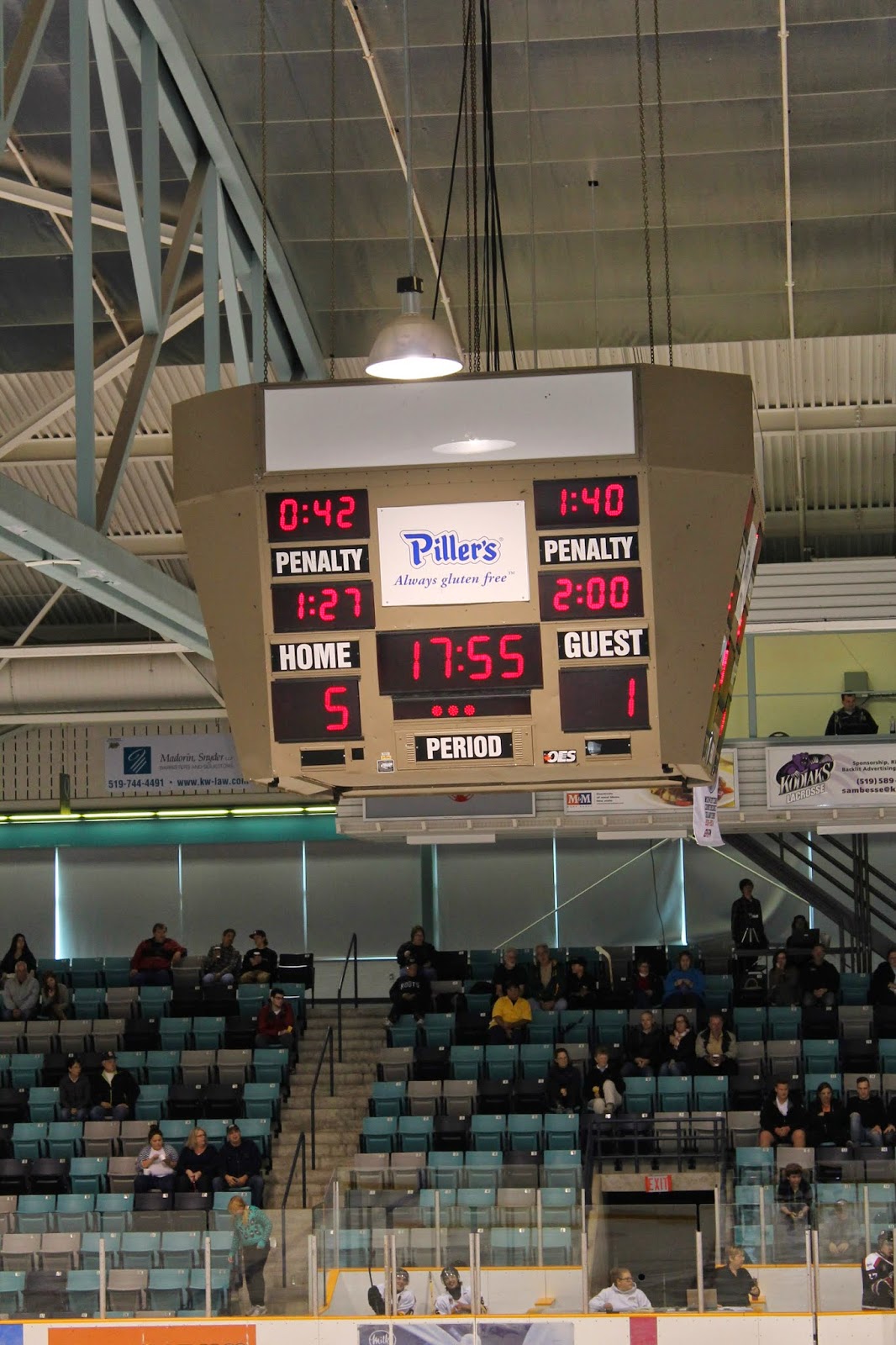 This was a really good way to take in a live hockey game with our kids. It was entertaining enough that Dave and I really enjoyed it, and low key enough that Rachel's restlessness wasn't a problem. And of course, Sam was thrilled and can't wait to go back.