Not Just A Mom: Concerts I've Been To

This month the Not Just A Mom link up is about concerts we've been too. I have to say, I'm a little (a lot!) boring in this regard :) However, I will do my best here. Also, all of my concert experiences are with Canadian bands or symphonies so unless you are Canadian, or have a deep love of Canadian music, you may not have heard of many of these bands.

When I was in high school my best friend and I would often go to the symphony together. I can't remember if my parents let us use their tickets or if her mom would get free tickets through her music store, but whatever the reason, we would go to the symphony.

My first, and only, experience of using fake ID was to go to a concert in university. It was being held in a bar and it was the Northern Pikes, a band from Saskatchewan, where I grew up. I borrowed an ID from someone and I remember LOVING the concert. And I didn't drink -- I just wanted to hear the band.

Then I didn't go to concerts for a really long time. When Dave and I got together, we went to two concerts in two weeks in Toronto. I think they were both at the Air Canada Centre which holds a ton of people. We saw The Tragically Hip one week and The Barenaked Ladies the following week. These were HUGE concerts and my only major concert experiences. 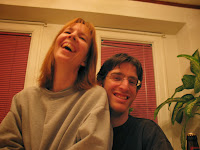 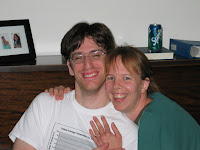 Because this post is boring with no pictures, here are pictures of Dave and I around the time we went to these concerts, early in 2007.
The year I was pregnant with Sam, Dave and I went to a Great Big Sea concert at the local university theatre. We had the BEST time and I remember at one point Sam was kicking along to the beat. It was so awesome!!! And then I listened to their new CD on repeat at work for about two months until Sam was born. 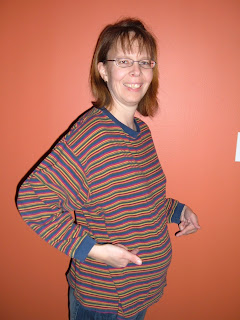 I wasn't as obsessive about picture taking during that period but I think this was around the time of that concert, November 2007, and five months pregnant with Sam.
When we lived in Edmonton, we were able to volunteer at our city's Folk Festival. We did that for three years and heard some amazing live music! I remember dancing with Dave to Spirit Of The West singing Home For A Rest and it was awesome!!! The year Sam was born, we took him too. Because why wouldn't you take your four month old to a huge outdoor music festival?!?!? My mom and dad came for the weekend to help, as Dave and I were volunteering and it was so much fun! 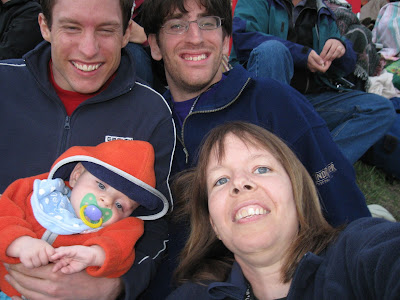 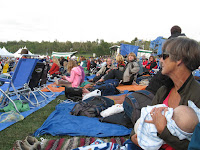 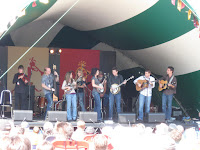 Since having kids, we just don't really go to concerts. I would say the majority of concerts we do go to are symphony concerts. We started taking the kids to specific, kid friendly, symphony concerts from a young age, and I would say that is yet another thing our family has missed with Covid having shut everything down.
One major concert experience Dave and I had was enjoying The Tragically Hip's last concert in August 2016 in our public square. Dave, who is a HUGE Tragically Hip fan, was able to get a ticket for one of their final concerts in Hamilton but, since the tickets were horribly expensive and hard to get, we decided he would go on his own. However, their very last concert was broadcast on outdoor screens across Canada and shown on our national TV station. CBC interrupted their coverage of the Olympics to air this concert on the second last night and the concert was introduced by Olympians watching the concert from Rio. This was a HUGE Canadian deal. 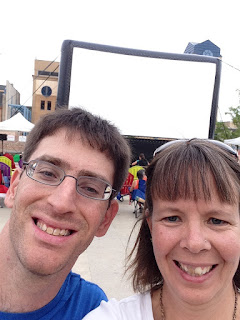 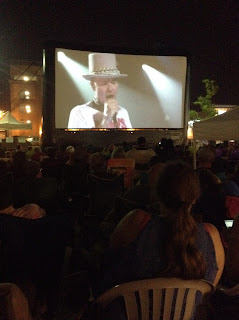 Like many thousands of people across Canada, we gathered in our public square to watch the broadcast on a huge screen. During breaks in the concert, the broadcast would show all the people gathered in squares across the country, watching the concert. It is estimated that 11.7 million Canadians took in the final concert in some form. If you want to read more about The Tragically Hip from Dave's perspective, you can go here and if you want to read about the impact of the final Tragically Hip tour you can go here.
And I would be remiss in writing about concerts without writing about "random, European, church concerts." When we've been to Europe, it's always fun to find a concert happening in an old cathedral. We went to an amazing one in Prague when we were there in 2007 and a few amazing concerts in Vienna in 2010 as well. If we ever get back to Europe, I look forward to checking out more great music. Cathedrals have amazing acoustics! 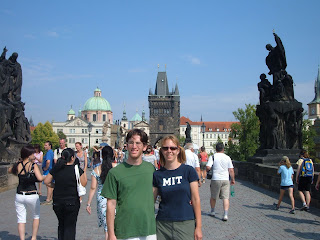 Us in Prague, July 2007, where we attended a concert in St Nicholas Church. 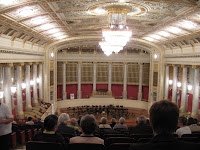 Dave attended a classical music concert at a concert hall in Vienna, May 2010. We took turns going to musical events because one of us had to stay with fourteen month old Sam.
I'm linking up a few days late with the Not Just A Mom bloggers so check out their blogs to read about more... potentially typical... concerts!!! 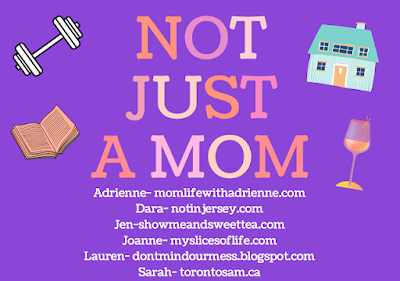