Day In The Life: Work From Home/Online Schooling Edition

Even though it felt like online schooling for our kids lasted forever, it was really "only" five weeks. Because the schools were less busy, I was able to work from home for about eight days of that. I decided to document what a "work from home while the kids were doing online schooling " day was like because, supposedly, one of these years, I may not remember this time in our lives. Hahahahahahaha!!!

Normally, I wake up around 5:30 on work days but on "work from home days" I slept in a little later. I was up earlier than usual this day because we were supposed to get snow the night before. I had issues putting in my contacts so that was annoying :( By 6:30 though, I had a load of laundry started, and I headed outside to shovel. 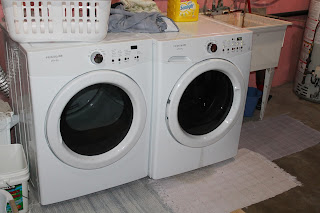 Around 7ish, I woke up Dave because I was overwhelmed by the snow. Our neighbour is a single parent by choice and shortly after her baby was born, she put her back out, so we've been shoveling for her as well. I'm always exhausted by the time I get to her driveway. Rachel came out to help and I came back in around 7:15. I'd gotten 1.5 kilometres (about a mile) of shoveling, which I put towards my virtual Camino walk. 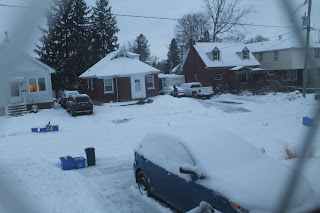 I made a pot of coffee, changed into my "daytime pajamas" (hahaha!) and settled down to work at 7:45. I had to respond to some emails and make some phone calls. By 8:15am, I woke up Sam and sat down with the family while they ate breakfast, and I took care of my tulips (got rid of the old ones, re-cut newer ones, and gave them more water) and drank my coffee-hot chocolate. And kept an eye on my work emails. 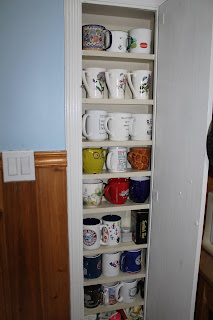 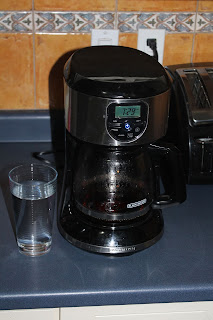 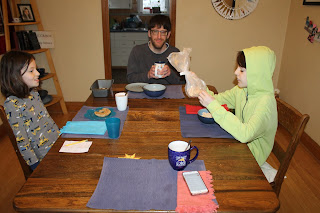 Rachel got a free pass on dishes because of all her shoveling so Sam put them away and then I helped the get kids settled down for online learning. And Dave was settling into work. So I settled into work. 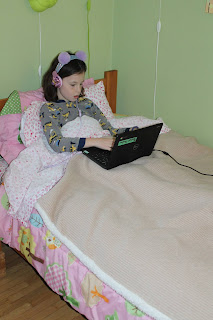 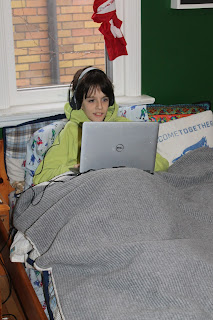 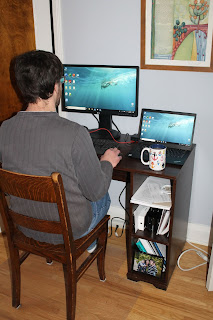 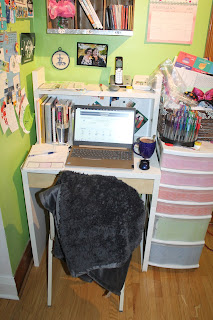 For the next two hours I responded to work emails as they came in and made a few more work related phone calls. I also responded to blog comments, printed out some pages for Rachel for school, ate half a bagel with cream cheese (around 10:30) and did other miscellaneous tasks. I also worked on some blogging. (There wasn't a lot of work I was able to do from home, but without the students in schools, there wasn't a lot of work in general.) 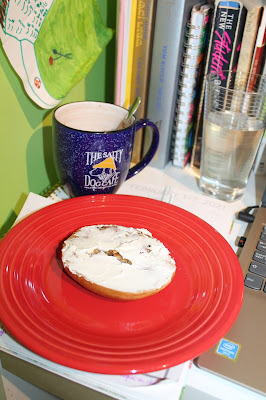 Our kids have two "nutrition breaks" rather than one big lunch break. During the regular school day, they eat for twenty minutes of each break and go outside for twenty minutes. During online school, we ate our lunch during the first break at 11am. Dave came down and made eggs while the kids and I menu planned and made a grocery list. We menu plan a month at a time so it's a pain every time I have to do it but it really makes the rest of the month so easy. I also dealt with a work phone call. And I kept an eye on work emails, because that's the main thing I have to do all day long when I work from home. 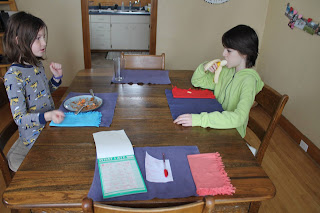 By 11:40 the kids were back at online learning, Dave was back at work, and I had to mix up a batch of challah because I couldn't find any in the freezer. Around noon I ate some lunch (cold pizza and tea from the night before) and continued to stay on top of work emails for the next couple of hours, in and around other tasks -- hanging a load of laundry, checking in on the kids, braiding the challah into loaves, and getting dressed (into actual clothes as opposed to my "day pajamas."). 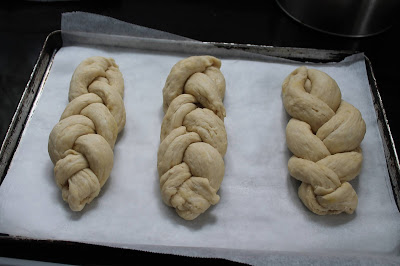 At 1:50pm, Sam, Rachel, and I headed off to pick up books from the library. While I was working from home, we headed outside for an hour around this time to help with everyone's mental (and physical) health. It has been hard living next to a construction zone, even if the worst of the banging has ended (for now). It was really windy and we all returned home with pink cheeks! 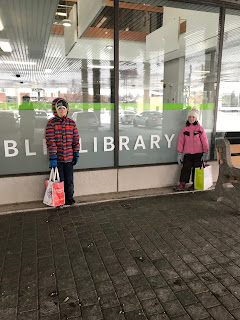 The kids jumped into their last hour of online learning (for the day! For the week! Hopefully for A LONG TIME!!!) and I caught up on work emails. And I baked the challah. 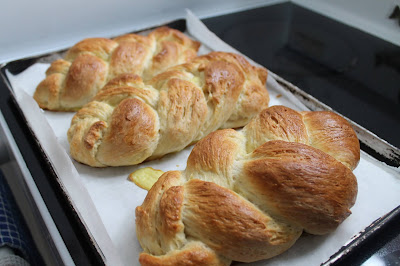 At 3:45, my work day was finished. The kids and I did dishes and got supper in the oven -- we made tuna noodle casserole. Then I browsed Instagram for a little and had a nap. 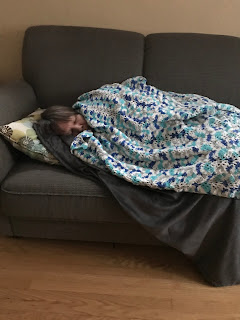 We ate supper around 6ish, and celebrated Shabbat. After supper, I baked cookies. Then I worked on this blog post for a bit. 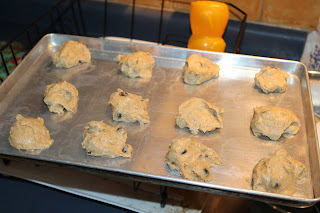 I was planning on staying up until midnight to kick off the #24in48 readathon but my early morning shoveling wore me out. At 8pm, I realized there was no way I was staying up for another four hours so I crawled into bed, read for a bit, and was asleep before 9. (I woke up at 5:30am the next day to kick off my readathon so that was... fun.)

And that was a day in the life of online school/work from home. Dave and I commented that we were so impressed (and glad!) that the kids just jumped into online schooling and didn't resist it at all. But this morning we're headed off to another week of in person schooling and we couldn't be happier about it!!!

Labels: KW life, School for Sam, Schoolgirl Rachel, Week In The Life, Working For The Weekend