This was a fun set of questions I first saw on my friend Bekah's blog. She answered them here and here.

1. How many states have you been to?

I've been to 27 states. And I'm not counting states where I've been to just the airport or driven through without stopping. We need to do our Route 66 road trip to help me get to a few more states. I've also been to all ten Canadian provinces and one of it's three territories.

The last state I where I spent a significant amount of time was Alaska. (Technically we spent the night in New York state before we flew to Puerto Rico for our cruise but I'm not counting that.) The last province I was in (besides the one where I live) was Saskatchewan.
2. What was the name of your first pet?
I don't even know. We only had fish when I was a kid and none of them ever lasted more than a week or so. I've never had a pet besides a fish. Bluey, Rachel's fish, is the longest I've ever been a part of owning a pet as we've had him for two years and seven months. 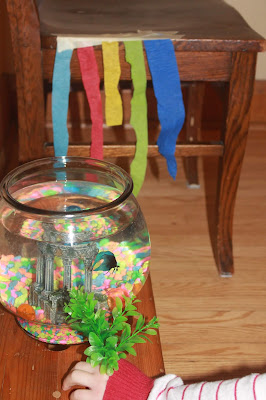 3. What is the longest flight you've ever taken?

I had to do some figuring as I've been on some fairly long flights. According to a "how long does it take to fly" website, it was from Vancouver, BC to Sydney, Australia, which is 15 hours and 18 minutes. I did this flight in 1991 so it might have been longer then :) I wasn't sure if Vancouver to Beijing, China or Auckland, New Zealand to Los Angeles would be longer.
Fun Fact: The longest I've ever been on one plane was a twenty hour trip from Tel Aviv to Toronto. There was a thunderstorm and a curfew and a lack of air traffic controllers over Greece so we sat in the plane, on the ground for three and a half hours before we could even take off. Then we had a three hour stopover in Newfoundland (still sitting on the plane) because by the time we flew there, the crew had been working too long so we landed and then they flew in another crew to get us the last three hours to Toronto. I was so happy to be finally off that plane. 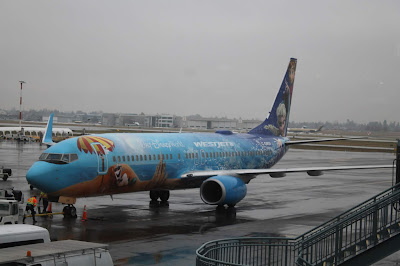 That time we got to fly on the Frozen plane. It was really fun!
4. What is your favorite family tradition?

Jólabókaflóð :) You can read about it here and here. I LOVE it!!! 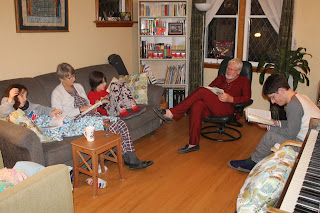 Celebrating Jólabókaflóð this past year. 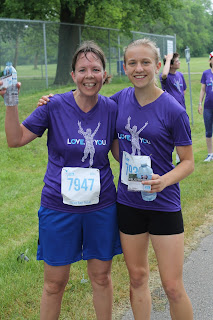 6. What is the best trip you ever took and why?

It's hard to choose but I'm picking the time I did the Trans-Siberian Railroad from Beijing, China to Moscow, Russia with my dad. We also flew from Russia to the Ukraine and saw where my dad's dad lived until he was eight. You can read more about that trip here. Our Kenya trip in 2017 was pretty amazing too.

On the Great Wall of China * riding camels in Mongolia 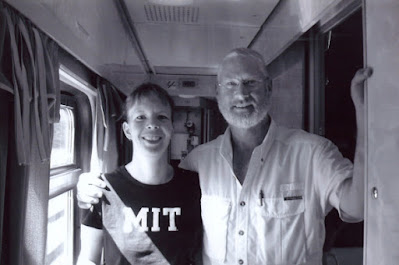 On the train somewhere in Russia!

8. What color was your childhood bedroom?

Beige. I wanted it to be pink but my parents refused :( I did get one wall of wallpaper with pink and blue flowers on it though.

9. What is the scariest ride you've ever been on?

Drop of Doom at West Edmonton Mall -- a 120 foot free fall ride. I went on it twice for some reason... I was insane :)
10. Who was your role model as a kid and why?
Laura Ingalls Wilder -- I wanted to be her when she grew up. I especially envied her long braids. Other than that, it was probably my Auntie Jean. She lived far away, I'm named after her, and she seemed like the coolest grown up! I wrote a post about my Auntie Jean here. 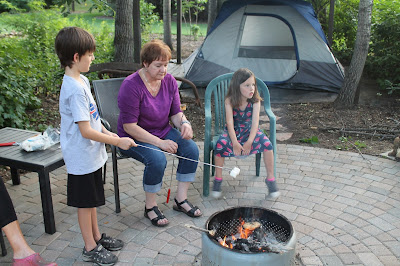 Sam and Rachel with Auntie Jean in July 2019

I don't know that I do yet :) I do remember when Dave and I left for a road trip with the kids and we were like, "Really? We can do this? No one will stop us???" It might have been living on my own in my first apartment with a full-time job and having to grocery shop. But I was around 32 at that point. See, I don't know... This is a hard question!

12. What is the last natural body of water you swam in?
The Carribean Sea in Aruba. 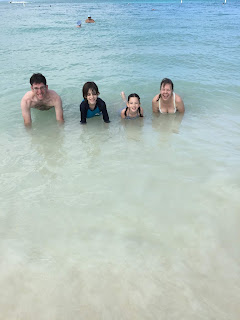 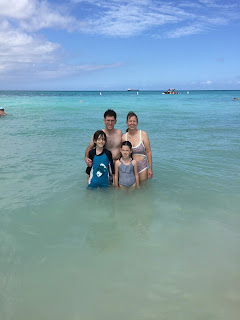 13. What is the hardest class you ever took?

Calculus in university. I decided to take an Intro to Calculus course (for fun, because I was insane) and it was so hard. I just didn't understand it. My friend Clayton taught me the main components of the course in about three hours right before the final exam or I absolutely would have failed that course.

14. What is a fact about you that nobody would guess?

I wear my earrings backwards! I really can't think of one.

15. What's the worst misspelling of your name you've ever seen?

Natassia. Oh Starbucks, you really know how to mangle names. To be fair, parents these days spell names the weirdest ways so I don't envy Starbucks baristas their job.

16. What was the first concert you went to?

It was probably either Sharon, Lois & Bram (Canadian children's performers) or The Nylons!
17. What was the last concert you went to?
Probably a symphony concert -- maybe one of the Family Concerts???


18. Where is the strangest place you've ever fallen asleep?
My desk at work?! I don't know. If I'm really tired, I can fall asleep anywhere.


19. Do you have any strange or regional names for things where you come from?
Growing up in Saskatchewan, hooded sweatshirts were always called "bunny hugs." I hate the term "hoodie" (and "stuffie" for "stuffed animals") so I will always call them bunny hugs. It's even on Wikipedia (see here for proof!). 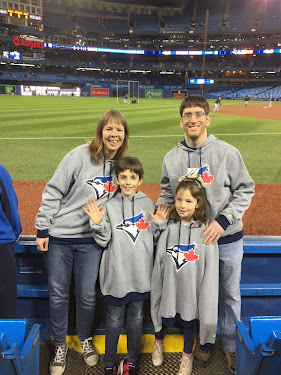 Our Blue Jays bunny hugs are the best!
Posted by Natasha at 06:22

Labels: Blogging, Sucked In By Surveys